Sanjay Raina from Karnal said that he was only asking a question of national importance on behalf of all Indians.

“The question came from Karnal, but it should have come from Delhi, where Baba Ramdev keeps appearing in front of the media and giving bytes. But, well, no one asks these questions because he has a big company,” said Sanjay Raina, a 48-year-old who runs Savdhaan Karnala – a social media news portal in Haryana’s Karnal.

Two days ago, a clip of Ramdev snapping at Raina, over a question on rising fuel prices, had gone viral. The Patanjali founder was speaking at the Mission Public School in Karnal, where he was invited to meet the chairman who is reportedly his fan. It wasn’t a formal event, but many had gathered to see Ramdev – around 200 staffers from the school’s four branches were also reportedly present.

Reminded about remarks he made before the Lok Sabha election in 2014, when he had said that people should elect a government that ensures petrol at Rs 40 per litre and cooking gas at Rs 300 per cylinder, Ramdev lashed out – “Poonch paadega meri?”, “Have I taken a contract to answer your questions?”, “I won’t answer, what will you do?”, “If you don’t shut up it won’t be good for you.”

Raina told Newslaundry that he left the spot as he did not want things to escalate, and because “baba laal peele ho gaye the” (Ramdev had turned angry). But he said he later heard that Ramdev had commented that he should not indulge in such unruly behaviour as he must be from a civilised family.

The incident was covered by several media platforms, including Times Now, India Today and Zee, but it did not find a mention on India TV and Republic TV. It should be noted that Patanjali is a major advertiser in most news channels.

“It’s not that reporters lack courage to ask such questions. But no one has asked it before because they have been told not to, because of the advertisements they get. News channels can’t work without ads. I started my own platform also because channels wanted us to do stories that don't show the government in a negative light.”

Some of the comments below the video on social media, Raina said, have been from Ramdev’s loyalists and BJP supporters, who are saying that questions should not be asked of him. “The question is not mine but of 135 crore Indians. It doesn’t matter if he is a baba or an ordinary man, it is the voice of these 135 crore Indians that needs to be answered. I didn’t understand why he lashed out – aren’t babas supposed to be peaceful?”

Raina said that he had been waiting to ask this question as everytime he hears about petrol price hike, he thinks of comments by Ramdev during the UPA’s tenure. He said that he had asked around 20 leaders from the government as well as the opposition about Ramdev’s “hypocrisy” but was told that he is now a “businessman”.

Ramdev was also heard justifying the rising fuel prices in the video. “The government says that if oil prices are less then they won't get tax. So, how will they run the country, pay the military, build roads...Everyone must work hard. Even as a sanyaasi, I work from 4 am to 10 pm.”

When the reporter asked him why he is now known as “Lala Ramdev”, the Patanjali founder asked Raina why this was making his tummy ache. Raina said people in the gathering laughed each time Ramdev lashed out. As the video went viral, people asked him to file an FIR but he didn't want to.

The journalist said that he had taken out his old cycle and was going to use it instead of a bike as his income couldn't keep up with the fuel prices. “I just wanted to ask the questions for the good of the public. They were questions of national importance and questions that the public is asking as well. I personally have no problem with Ramdev.” 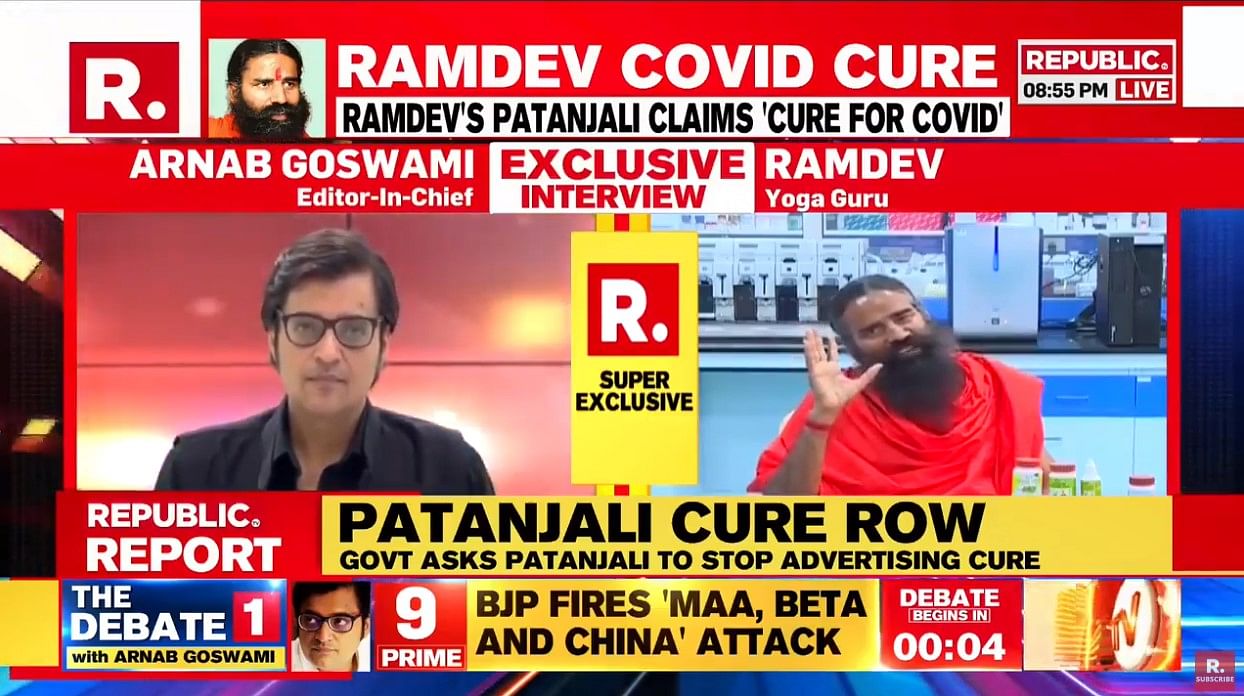 Why is the media not questioning Baba Ramdev's miracle coronavirus cure?