Their tweets said journalists were targeted at the event for their Muslim identity.

Journalist Meer Faisal and news portal Article 14 have been booked for tweets linked to the attack on seven journalists at the ‘Hindu Mahapanchayat’ in Burari on Sunday, according to the Scroll.

Faisal of Hindustan Gazette, freelance journalist Mohammad Meherbaan, Meghnad Bose of the Quint, and Arbab Ali of Article 14, besides Newslaundry’s Shivangi Saxena and Rounak Bhat, were among the journalists attacked at the event.

The Delhi Police on Monday said that two cases have been registered in connection with the manhandling of the journalists. “FIR also registered against holding of event without permission and for making provocative speech at event,” the police said. “Further, due legal action is being taken against those who are spreading rumours/misinformation using various platforms including social media.”

Dasna priest Yati Narsinghanand and Suresh Chavhanke were seen making inflammatory speeches at the ‘mahapanchayat’. Narsinghanand, who is currently out on bail in the Haridwar hate assembly case, asked Hindus to take up weapons to safeguard their religion, in an ostensible violation of the bail order.

Faisal earlier tweeted that he and Meherbaan were “beaten up because of our Muslim identity by Hindu mob”, and alleged that they were called “jihadis”.

Article 14 had tweeted that five journalists, of which four were Muslims, were taken away by the police after a mob had discovered their religion and attacked them.

The police filed a case against Faisal and Article 14 under Section 505 (2) of the IPC which deals with statements creating or promoting enmity, hatred or ill-will between classes.

Ali claimed that Faisal and he were made to sit separately and delete the videos they had shot. When police personnel tried to take Ali and Faisal away, the mob tried to stop them, he said, adding that police personnel in plain clothes later pushed them inside a van. 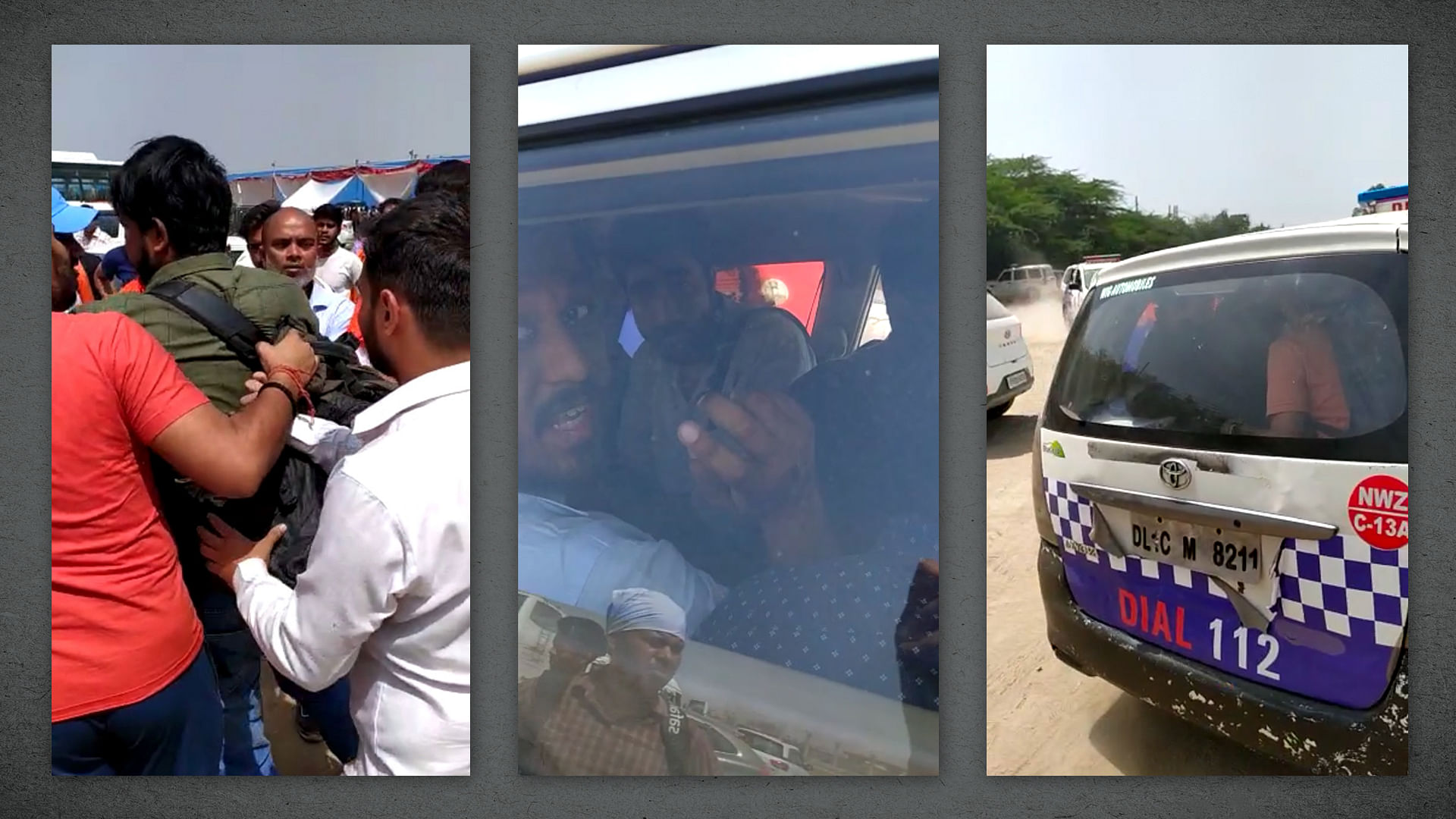