FIR against ‘unknown persons’. Both sides accuse each other of being drunk at the time of the incident.

“I am standing here talking to you from my balcony, but I am scared. The place where the incident happened is right here. Anyone can come and do anything,” Ankita Sharma, a journalist, told Newslaundry over the phone from her house in Noida on Tuesday.

On Sunday night, she and her husband were allegedly targeted and threatened for complaining against loud music being played till late by participants at a jaagran to mark Ram Navami – in their housing society in Noida Extension’s Oxford Square Super Tech Enclave 3.

Ankita’s husband, Saurabh Sharma, a 37-year-old deputy news editor at News 18 Hindi’s digital bureau, had called the police at 11.30 pm to complain about the loud music. He alleged that instead of listening to him or the cops, the crowd called him a Pakistani, threatened to strip his wife’s clothes and beat up his family, and chased after him.

Gautam Bahadur Singh, SHO of Bisrakh police station, told Newslaundry that an FIR has been lodged against unknown persons under Section 352, 504, and 506 of the IPC. He said the matter would be investigated, but that there was no violence and the matter was being made a bigger deal than it was. He said that Saurabh was drunk when the incident took place, and that this was something the “mob” had alleged too.

But Saurabh and his wife denied the allegations, and instead said the people at the jaagran were the ones drinking. “The police stood there when all of this happened. I had also fasted for nine days; we are also Hindus, Brahmins, we are also devotional. But devotion doesn’t mean that you do this,” said Ankita. “You are not free to decide whether or not you want to do Navratri puja, you are forced. You have to bear with the loud sounds.”

The police allegedly called him to the spot when they arrived, and as he told the people at the venue to not play loud music, Saurabh alleged that he was misbehaved with. As he ran towards his house, he said that the mob chased after him and he was protected by his building’s security guards. “They said they will hit my family, tear my wife’s clothes, make us roam around on the street. A mob ran after me,” he told Newslaundry, adding that the mob pushed him as well.

When her husband came home running and yelling, Ankita said she sent her relatives to accompany him to the police station to lodge a complaint. She went down this time, accompanied by two neighbours and her 6-year-old son.

“The mob that wanted to attack my husband came towards me, coming so close... They were yelling at me very loudly. Said that my husband is a Pakistani, that we are not Hindus and should be cut. In the middle of all this, my child, who was with me, got lost. They said that my husband was drunk but it was them who were drinking. People helped and made a chain around me.”

She said that by then, her husband arrived from the police station. “Someone joined hands and told her to go, and then her husband pointed out the man as being the one who had said the things about stripping her clothes.”

It was around 3 am when the SHO arrived and sent them home. The music, the couple alleged, stopped for 5 minutes before it started playing again – louder than ever. “It’s like they played it more loudly because we questioned them. But what did we do wrong by questioning them about the loud music?” said Ankita. “What is the point of celebrating Independence Day and Republic Day? We are not free. The mob was very scary. How will I bring up my son in such an unsafe nation?”

Meanwhile, the Gautam Buddha Nagar police said in a tweet that they had made the organisers of the event lower the volume of the loudspeakers. 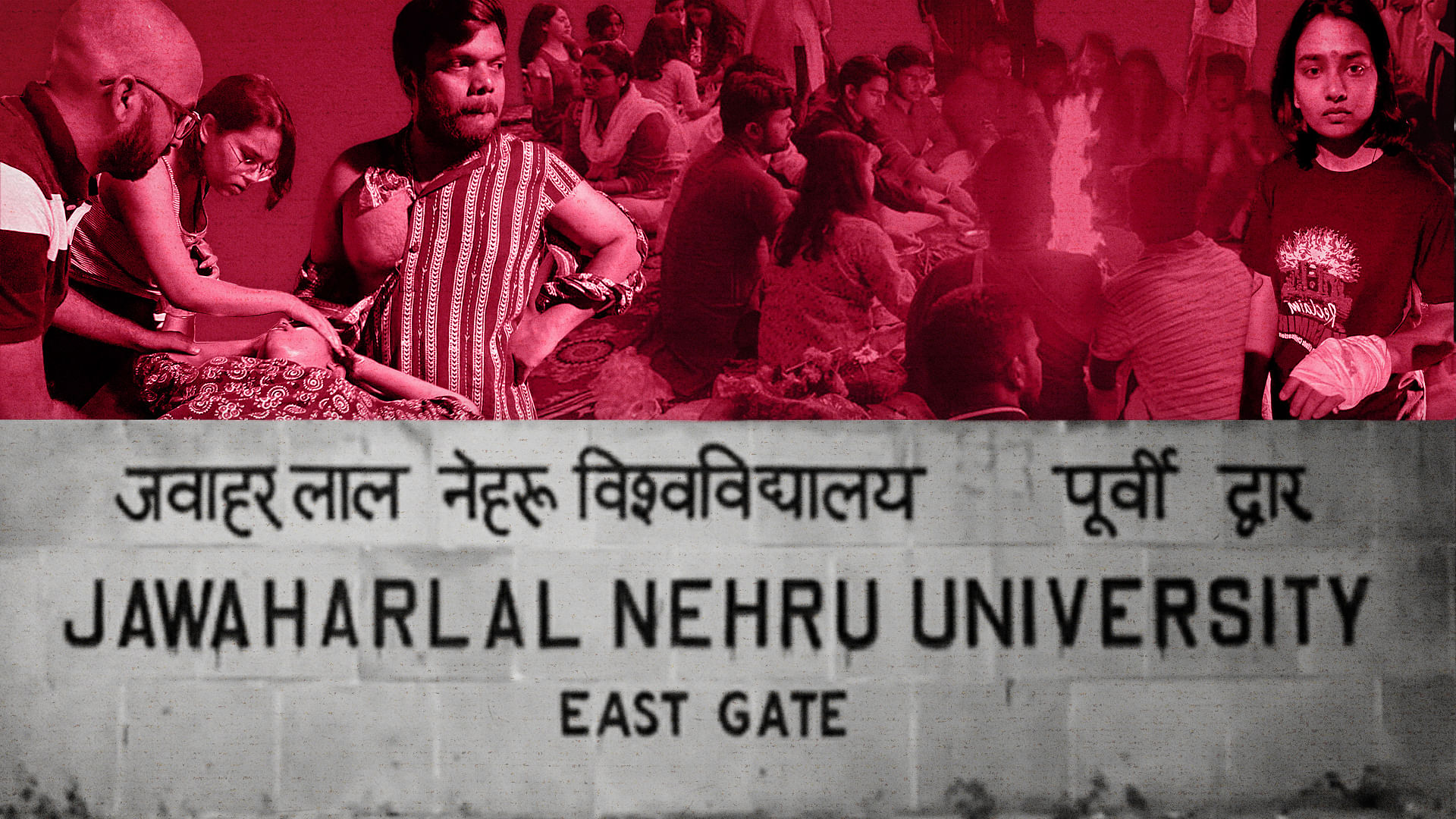 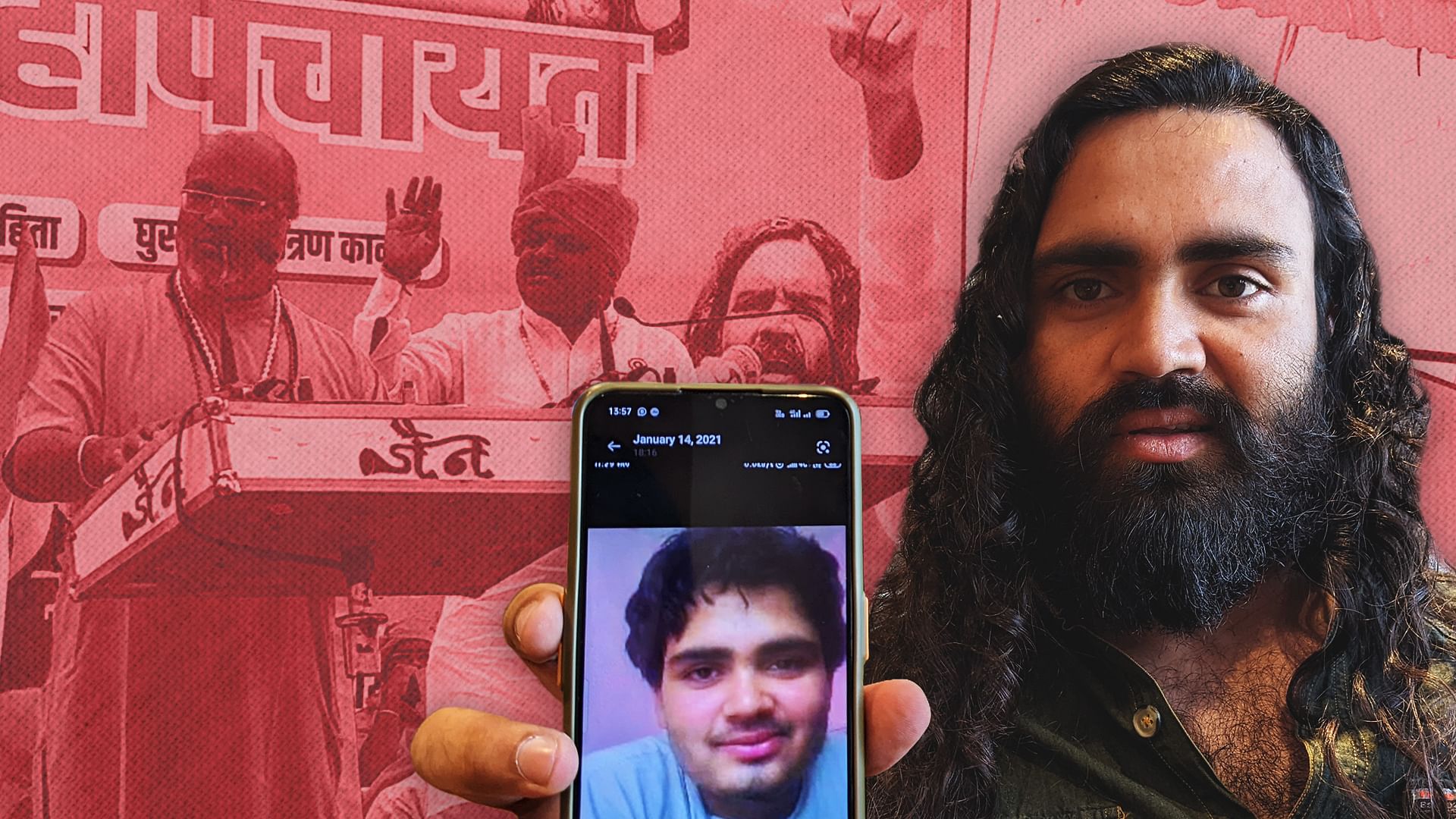