Now ‘naukri jihad’: Sudarshan News is back to targeting Muslims over employment

Pawan Hans’s hiring of nine Muslim candidates gave the channel its bricks to build a conspiracy.

Days after Sudarshan News went on a rampage at a Haldiram’s store, the news channel decided to ramp it up and take on the scourge of “naukri jihad” – a conspiracy the channel fashioned itself after it discovered that Pawan Hans, a government-owned helicopter service provider, had hired nine Muslims from Jamia Millia Islamia University.

So, on Saturday, Sudarshan editor-in-chief Suresh Chavhanke trained his figurative guns on this “violation of constitutional rights” during his show Bindas Bol, following in the footsteps of his 2020 investigation on how Muslims had “infiltrated” the civil services.

“Has a company belonging to the Indian government given Muslims 100 percent reservation?” he demanded at the outset, setting the stage for the debate to follow.

He also urged viewers to participate in a poll on Koo – which has sponsored programmes on his channel before – on whether Pawan Hans’s “discriminatory hiring should be cancelled”. In case you’re wondering, 92 percent of viewers purportedly said yes right away.

Before we get into it: Sudarshan News is well-versed in being a torchbearer of spreading hate, offering disinformation and misinformation to its viewers. RTI responses in 2020 showed that the channel’s government ad expenditure spiked in 2017, even as other channels lost money.

On to the show.

First, the channel broadcast a video report by its reporter Shivangi Thakur, whose most recent claim to fame is haranguing a hapless Haldiram’s executive over Urdu text on a packet of namkeen – surely a more insidious conspiracy than it seems. In this instance, Thakur was stationed outside the Pawan Hans office in Noida, where saffron-clad women were chanting “Naukri jihad bandh karo.” Stop job jihad.

The group included Ragini Tiwari, a self-proclaimed Hindutva leader who has been booked in the past for hate speech during the farmer protests. Viewers were informed that Pawan Hans conducts rides for pilgrims at Vaishno Devi and how the company hiring Muslims is, obviously, a “security concern”.

Hota is also the chief operating officer of Sudarshan Aviation Private Limited and – spoiler alert – Chavhanke is a member of its board.

During the debate, advocate Bajpai claimed he had accessed a memorandum of understanding between Pawan Hans and Jamia Millia Islamia which purportedly said the university would send students to Pawan Hans for recruitment.

Here, we must hit pause and explain. As the Wire reported: “Jamia Millia Islamia started the Bachelor of Science in aeronautics course in partnership with Pawan Hans Limited. The course is offered to 60 students in two batches – Avionics and Mechanical – of 30 each.” Of 38 candidates selected this year, the Wire said, 13 are Muslim.

But facts are not facts for VHP’s Bansal, who told Chavhanke, “Paisa deta hai Hindu aur maza leta hai jihadi.” Hindus give the money and jihadis reap the benefits.

Chavhanke then said, “Even Saudi Arabia’s aviation sector does not have 100 percent reservation for Muslims. Even they take foreign experts.”

Aviation expert Hota then took a detour into conspiracy theories revolving around the death of chief of defence staff General Bipin Rawat last year in a helicopter crash. “It [Pawan Hans] is a departmental service provider and is used for IAS officers, politicians and ministers...This reeks of jihadi conspiracy, because they could cause mechanical damage...only a few days ago we lost a CDS.”

He also used Jamia offering courses in multiple languages as “proof” of its perfidy. “If you pick up their syllabus, you’ll see they only teach Muslim languages, Parsi and Turkish. Their MA and PhD are all in these languages.” Chavhanke concurred, describing Jamia and Pawan Hans as being in an “immoral alliance”.

Viewers were then given a break from the debate to return to Thakur on the ground. Protesters were shown climbing the gate and jumping into the Pawan Hans premises. “An officer should come and answer our questions,” one of them said. “Why is their naukri jihad? Why are they against Hindus?” Ragini Tiwari claimed officials told her Pawan Hans was “in collaboration” with Jamia.

Thakur managed to ask these crucial questions to a Pawan Hans official, who sadly did not respond.

Back to the studio. Chavhanke was particularly troubled by Pawan Hans rendering services to Hindu pilgrims, given its purported penchant for Muslims. “Have they given an agreement that they will render services during Ramzan?” he said. Would other universities declare themselves as “Islamist” for benefit of their students, he wondered.

The show concluded with a final look at the Koo poll, which somberly revealed that 99 percent of viewers wanted Pawan Hans’s “discriminatory hiring” to be cancelled. 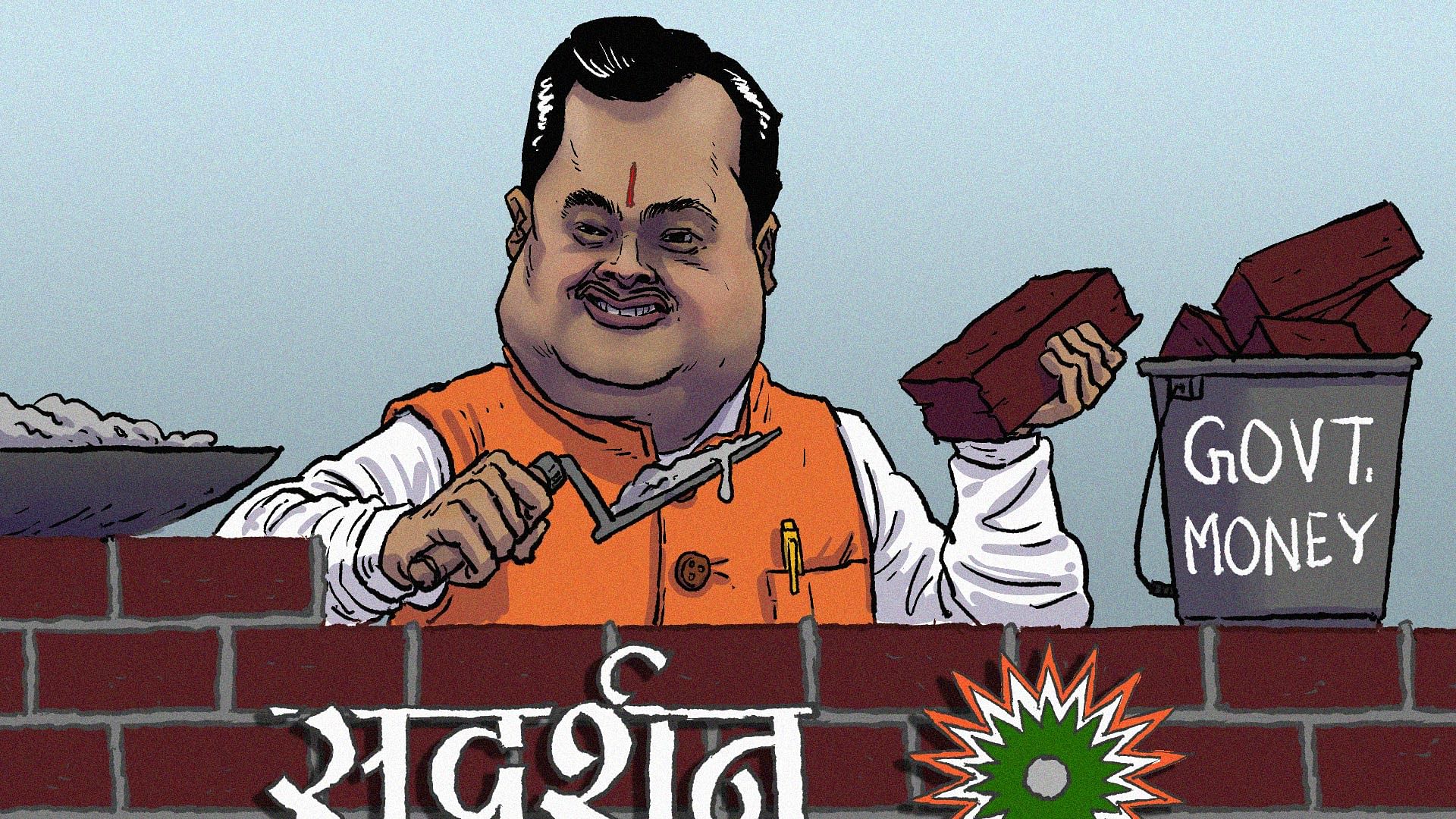