'Gagging': NDTV, Newslaundry reporters not allowed to speak to affected families in Jahangirpuri

A media gag has ostensibly been put in place at the site of the Jahangirpuri demolition, with journalists not being allowed to speak to victims of the action that came in breach of a Supreme Court order.

On NDTV, anchor Gargi Rawat pointed out visuals from Wednesday, of a child picking up small change and knick-knacks from what remained of his family’s shop, and asked reporter Saurabh Shukla, who was on the ground to give an update. But Shukla said the police had barricaded the area and were not allowing journalists to cross it to interact with victims.

Shukla said he wasn’t allowed to talk to the owner of the demolished shop shown in the visuals. “The gagging of media is also happening…Last night we wanted to speak with them but administration and the police personnel here have not allowed us.” After a while, he tried to cross the barricade but a policeman rushed to stop him. “Sir there has been a problem, their shops are lost, can we not speak with them?” the reporter asked, but didn’t get a response from the police staffer.

Two Newslaundry reporters confirmed that they were facing issues while trying to reach out to victims in Jahangirpuri. “When I tried to talk to people after getting in, the police kept shooing me away and kept asking the people to not talk…They said it is to maintain law and order,” said Nidhi Suresh.

Newslaundry journalist Akanksha Kumar also said the media was not allowed on the other side of the barricade. She said the gates to the area where the demolition took place, which could earlier be approached through inside lanes, have also been closed.

On April 16, the area in Jahangirpuri saw communal clashes following a Hanuman Jayanti Shobha Yatra, which police said was carried out without permission. 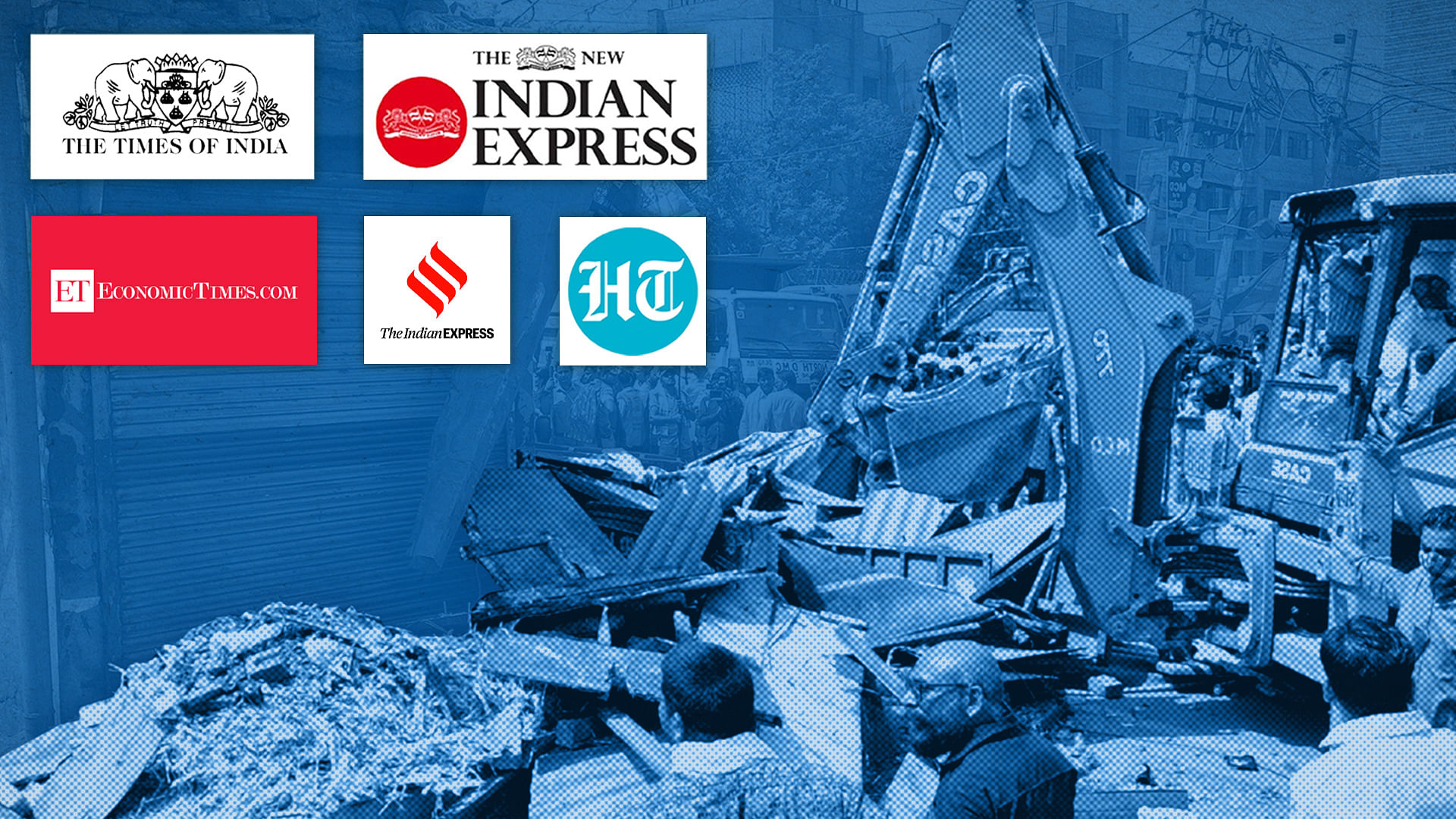