ByAnand Vardhan29 Apr, 2022
bookmark_add
The victory of RJD's Amar Paswan wouldn't have been possible without the Bhumihar vote.

In a recent piece, sociologist Satish Deshpande talked about a new opacity that’s creeping into the understanding of caste identities, and the changes that they are witnessing in a break from the decades of caste clarity. It pointed to complex political mobilisation among backward caste groups, but argued that there were no separate political entities within the upper castes despite economic differentiation. It noted that these groups within the upper caste fold were of crucial ideological significance.

However, fluidity in political behaviour can be traced among upper caste groups too, as the Bochacha assembly bypoll in Bihar’s Muzaffarpur demonstrates. The support base that helped RJD candidate Amar Paswan win the SC-reserved seat is interesting in this context.

The support from the first constituent, Bhumihars, was seen as the new and decisive element that comfortably tilted the scale in Paswan’s favour. That, however, wasn’t surprising to those keeping an eye on resentment among the caste group over its neglect under the NDA government and representation in recent times.

But more on that later.

The seat fell vacant after the death of Vikassheel Insaan Party MLA Musafir Paswan. The VIP wasn’t able to persuade the NDA to field his son Amar Paswan, who was later fielded as the RJD candidate. The BJP, meanwhile, gave a ticket to former MLA Baby Kumari, who had won the seat in 2015 even when the mahagathbandhan had clinched a strong victory in the state. That set the stage for VIP’s withdrawal from the NDA and the ouster of its chief Mukesh Sahni from the Nitish Kumar-led state government. Sahani’s grievance didn’t cut much ice with Nitish as the JD-U could barely bargain with the BJP, which had several complaints against the VIP leader.

The VIP ended up third but Mukesh Sahani saw the RJD win as revenge against the BJP for dropping him from the state government and denying a ticket to his party. Even though the BJP has in recent years expanded its support base among OBCs, EBCs and Dalit groups in the state, Sahani’s campaign struck a chord with Mallah voters. In a tactical move, however, a substantial number of voters from the caste group voted for the RJD because the party was seen as a better bet to defeat the BJP.

But besides the Mallah vote, and the expected Yadav support, the comfortable margin and the total numbers indicate that the RJD win wouldn’t have come about without Bhumihar voters. With a vote share of 48.52 per cent, RJD defeated the BJP candidate with over 36,000 votes – the victory margin higher than the total votes polled by BJP and VIP put together. Political observers in the region think this wouldn’t have been possible without a significant section of the nearly 57,000 Bhumihar votes.

But this can only be surprising to those not keeping an eye on recent undercurrents. Over the past three decades, Bhumihars were seen as a voting bloc against the RJD, as a caste group with grouses about being targeted through the RJD government of the 90s and early years of this century. But in recent years, murmurs of underrepresentation in tickets, berths and leadership roles are taking shape as resentment against BJP. While comparing themselves to other upper caste groups like Rajputs, Brahmins and Kayasthas, there is a growing perception among Bhumihars that they are being deprived of their dues.

Bhumihars have also been speaking about being taken for granted as a voting group. The assessment is that the BJP has grown indifferent to the caste group due to an assumption that Bhumihars have little in terms of political choice in the state considering their adversarial equations with social attitudes of other parties.

The backlash was long waiting to happen. The community’s vote in the bypoll is seen as a statement against being seen as ‘captive voters’. “Bhumihar is not a captive community of any political party. We’re not bonded to always vote for the BJP and we’ve shown this,” a Bhumihar leader, who campaigned to mobilise his community votes for the RJD, was quoted as saying in a newspaper.

The resentment coincides with a phase when the BJP was trying to expand its social presence among different caste groups among OBCs, EBCs and Dalits. But the Bhumihar felt marginalised over more representation to other upper caste groups.

A rough estimate puts the upper caste population in the state at just 18 percent – Rajputs and Bhumihars form around six and five percent, respectively, while the Brahmins and Kayasthas constitute seven percent. Since 2019, Bhumihar leaders and their supporters have been voicing their disquiet.

In the 2019 Lok Sabha polls, suspecting a strong anti-Bhumihar lobby in the Bihar unit of the BJP, the caste leaders were upset that the party gave only one ticket to a Bhumihar (in Begusarai). The remaining two Bhumihar candidates fielded by the NDA were from the NDA allies – Lallan Singh (JD-U) and Chandan Kumar (LJP).

The local media had reported that in a bid to calm the discontent, veteran caste leaders like C P Thakur and Sachidanand Rai were flown in charter planes to meet the then party president Amit Shah. This, however, didn’t materialise in improved representation in 2020 poll tickets, and eventually reflected in the caste configuration of the party’s MLAs in the state assembly. The numbers, for instance, show that 17 of the BJP’s 74 MLAs were Rajputs whereas Bhumihars had to settle for less than half of it with only eight legislators. Only one Bhumihar became minister.

The immediate trigger, however, were the recent legislative council polls in the state where Bhumihar leaders again felt sidelined – veteran Sachidanand Rai was denied a ticket from Saran and won as an independent candidate against the BJP. Sensing a possible ripple effect in Bochaha, the BJP’s plan of entrusting its line-up of Bhumihar leaders to campaign intensely proved too little and too late.

At the same time, Lohiaite parties such as the RJD are on a different track of social alignment, shaped by a realisation that cracks within strongholds or stagnant growth could be compensated through support from other groups. In the last three decades of OBC-dominated politics of the state, with OBCs constituting more than 50 per cent of the population, getting such small patches of support from upper caste groups is hard work – though RJD in the past got some support from Rajputs in a few seats. Its polemic of A to Z politics, claiming social inclusion, indicates its need to break from its legacy of aggressive caste politics of patronage and exclusion.

The lure of adding new groups, specifically those seen as adversarial to its social coalition, might also be a way of recalibrating considering how another Lohiaite party, the JD-U under Nitish Kumar, built a broader social coalition to counter RJD’s Muslim-Yadav combine.

This can also be seen in the context of the RJD’s outreach to Bhumihars in the recent MLC polls – it fielded Bhumihar candidates, and three of them won. Similar outreach towards the upper caste leaders can be seen from Lohiaite parties in other states, such as the SP in Uttar Pradesh. The strategic objectives remain the same: addressing stagnation or cracks in the traditional voter base, expanding social coalitions and attempting a break from the legacy of caste patronage politics. This doesn’t mean that these parties have lost sight of the bigger picture in which caste interests can only be one of the many factors that shape voting behaviour.

The fluid nature of political attitudes and the new unsettled patterns of voting as a bloc within upper caste groups have been less studied. The upper caste monolith is a fallacy looking for timely refutations, and the tilt of a large section of Bhumihar voters in Bochaha provides one.

It wasn’t only the post-Mandal politics that jolted the Congress out of its social arrangement of “coalition of extremes”, as American political scientist Paul Brass put it. The party didn’t only pay a price for not accounting for the political force that OBCs could emerge as, but at the same time for being short of clues about the dynamics of upper caste political attitudes.

The current political scene in India, as we mentioned at the start, is marked by opacity about caste identities and that is seen in its role in political processes and power arrangements too. Such blurring, however, extends to different layers, including the upper ones too. 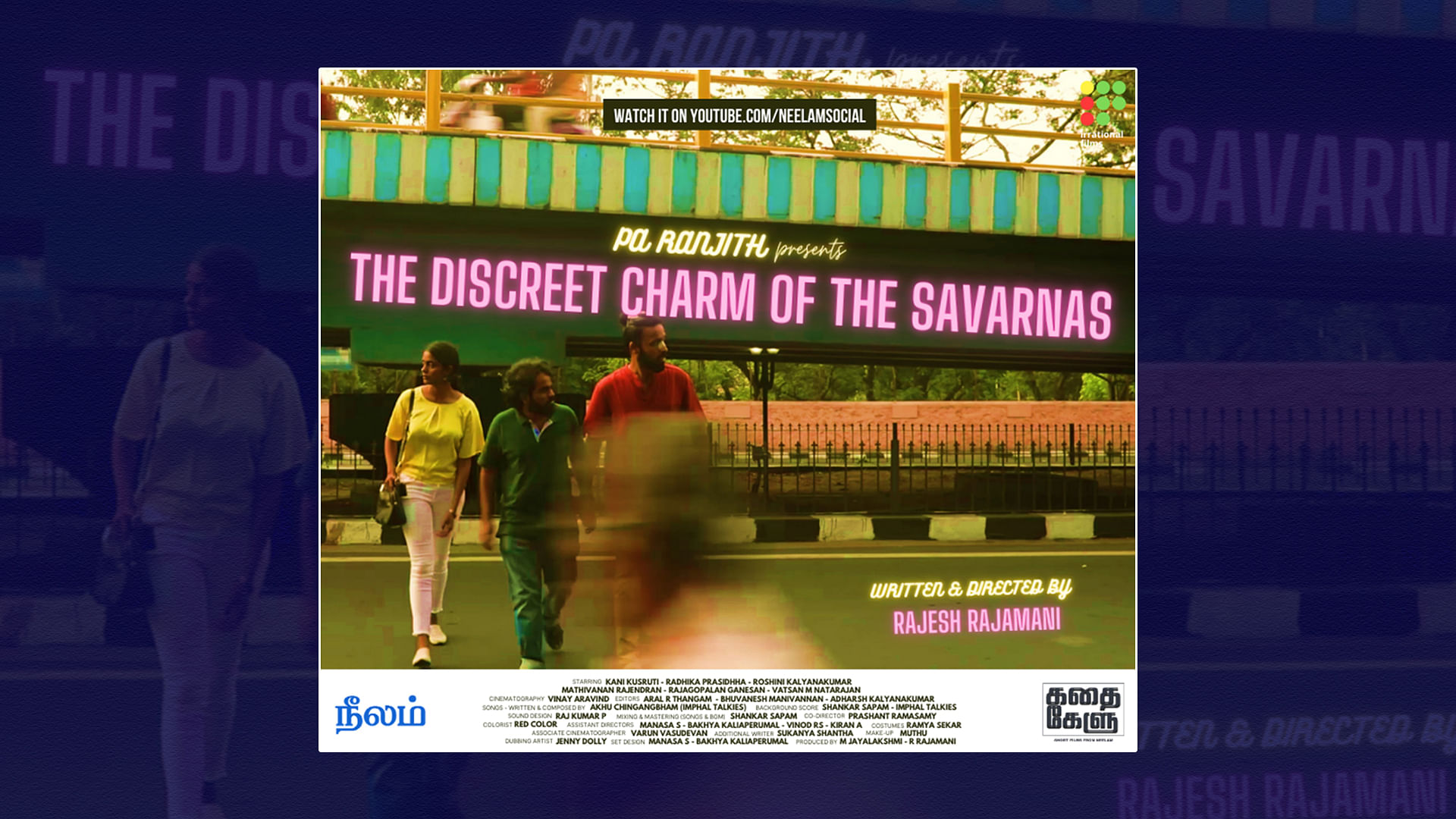