In 2020, the Delhi government announced with much fanfare a new strategy to tackle the issue of stubble burning – a bio-decomposer developed by the Indian Agriculture Research Institute (Pusa).

Based on the Delhi government’s responses in the assembly and to RTIs, Newslaundry has learned that the AAP government has spent Rs 68 lakh across 2020-21 and 2021-22 on spraying this bio-decomposer. The government said this benefited 955 farmers.

But during the same time period, it spent a whopping Rs 23 crore on advertising the project.

Ramvir Singh Bidhuri, the leader of the opposition in the Delhi assembly, had asked the Delhi government how much money had been spent in 2021-22 on buying the bio-decomposer solution.

The government said 645 farmers in Delhi had benefited in 2021-22. It also said in the same time period, it spent an additional Rs 24,62,000 on renting tractors to sprinkle the solution, and Rs 18,00,000 on the makeshift tents erected near the farmland while spraying the solution.

In total, approximately Rs 46,00,000 was spent on sprinkling of the solution.

And how much did the government spend on advertising the scheme, Bidhuri asked.

These numbers are only for 2020-21. The Delhi government’s rationale for its advertising blitz was that it was important to spread awareness on the “new technique” to tackle the annual issue of stubble burning.

Delhi government's response in the assembly in January 2022.

“The Pusa Institute in Delhi had invented a new technique to turn the stubble into compost fertiliser,” the Delhi government had said in its response. “It was made available for farmers in Delhi...but it was also necessary that this information reached farmers in those states where the bulk of smoke from stubble burning originates. Due to the neighbouring states of Delhi being the primary source of pollution, the Delhi government spent Rs 7,40,26,028 on advertising to create awareness about this invention for people’s safety.”

But the Delhi government had first announced the bio-decomposer project in October 2020. How much did it spend on it in 2020-21?

This is precisely what BJP MLA Om Prakash Sharma asked the Delhi government in the assembly.

In its response in July 2021, the government said, “The Delhi government had released ads about the bio-decomposer costing Rs 15,80,36,828. While Rs 40,000 was paid to IARI Pusa to buy the chemical which turns the stubble into compost.”

The Delhi government's response in the assembly in July 2021.

In the same reply, it said Rs 4,69,000 was spent on organising 56 “training events” to raise awareness among farmers on the ills of stubble burning.

Harish Khurana, spokesperson of the Delhi BJP, filed an RTI for 2020-21’s spending on sprinkling the bio-decomposer. The response to the RTI was received in January 2022, and Newslaundry accessed a copy of it.

The response was filed by Delhi’s agriculture department. Here’s what it said:

The response to the RTI.

Documents accessed by Newslaundry clearly indicate the Delhi government spent Rs 22 lakh in 2020-21 and Rs 46 lakh in 2021-22 on sprinkling bio-decomposer. That’s a total of Rs 68 lakh in both financial years.

It should be noted that in November last year, farmers in five villages – Tigipur, Ramzanpur, Mohammadpur, Baktarpur and Palla – told Newslaundry the bio-decomposer either made “no difference” or came “too late”.

The bio-decomposer isn’t the Delhi government’s only solution to reducing air pollution.

In August 2021, it installed a “smog tower” at Connaught Place – an experimental setup that aimed to “filter” the surrounding air.

Now, in response to a question in the assembly on how much it spent on this smog tower, the government said it spent Rs 19 crore on installing it, and Rs 5.58 crore on advertising it.

Details on expenditure on the smog tower.

Newslaundry contacted Delhi environment minister Gopal Rai to ask him why the government was spending so much on ads compared to its expenditure on actual projects.

Rai did not respond.

But in November 2021, Rai had told Newslaundry the Delhi government had taken out these ads “in Delhi only”, alleging that “if something is being advertised in Delhi, it travels distances”.

This is perplexing given that the aim of the ad blitz was to “spread awareness” in neighbouring states – to quote from the Delhi government’s own response in the assembly.

The BJP’s Harish Khurana said, “Delhi government is only wasting people’s money. From the ads it may seem that so much has changed. But nothing is happening on the ground...So few farmers have benefited and crores have been spent on advertisements.”

Meanwhile, Newslaundry filed an RTI asking the Delhi government how much it spent on ads between April 1, 2021 and March 31, 2022.

The AAP government replied that it had spent Rs 488 crore on ads in 2021-22 – approximately Rs 1.34 crore a day on ads. The government did not respond to Newslaundry’s query on which schemes this expenditure was made.

For context, the state of Chhattisgarh, which is much larger than Delhi, spent Rs 315 crore on ads in three years, from December 2018 to November 2021. That’s Rs 105 crore per year. Keep in mind that Delhi’s annual budget is Rs 75,000 crore while Chhattisgarh’s is Rs 1 lakh crore.

Update: A previous version of this story incorrectly said Chhattisgarh's budget is Rs 4 lakh crore instead of Rs 1 lakh crore. The error is regretted. 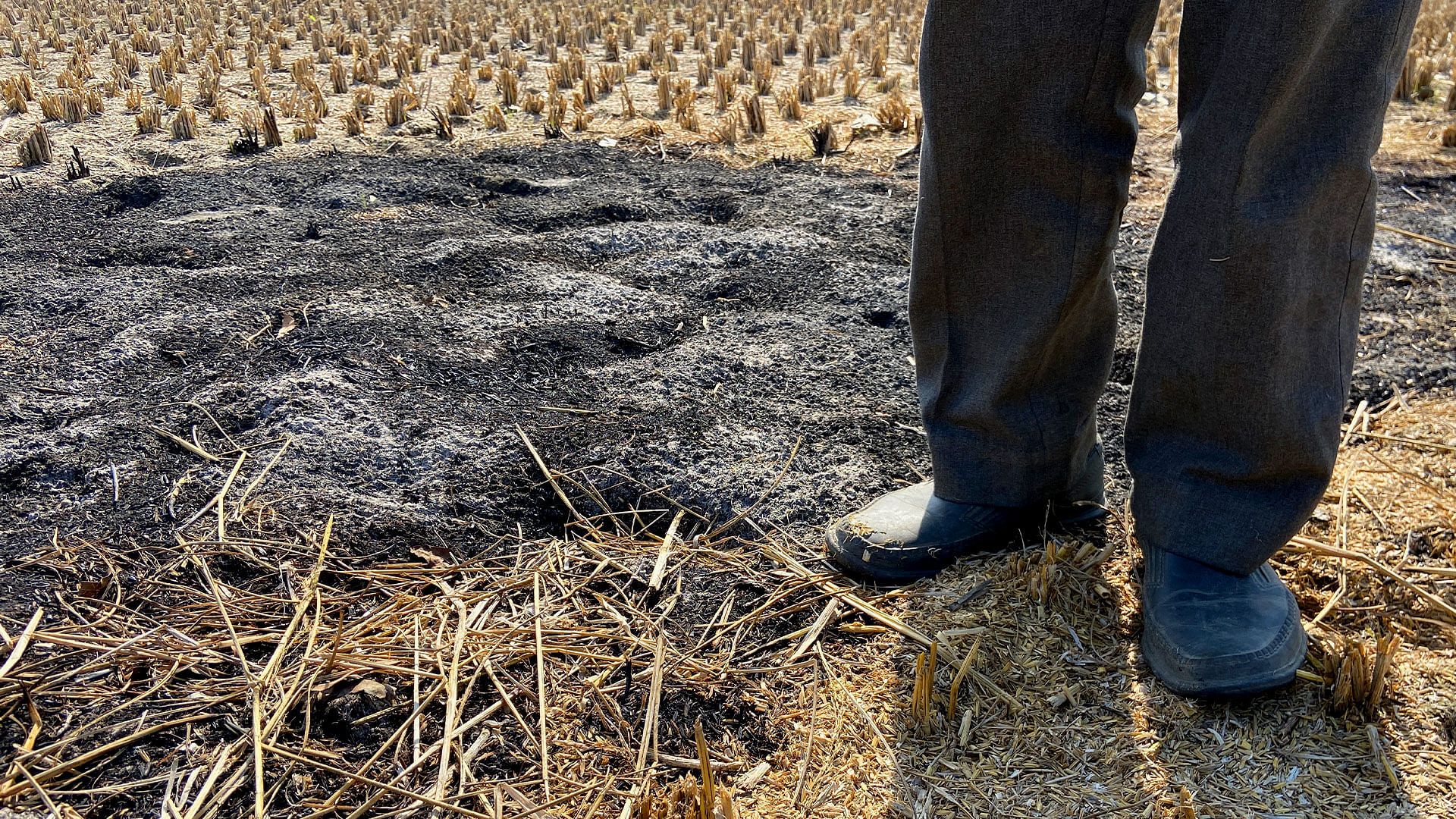