Dainik Bhaskar carried a piece by a former magistrate of Varanasi replete with tall claims.

The Gyanvapi mosque dispute witnessed a dramatic turn of events on Monday when a “Shivling” was purportedly found in the mosque premises after the conclusion of a court-mandated video survey.

For some quick context: A Varanasi court had ordered the survey – despite pushback from the mosque’s managing committee – after five Hindu women moved a petition asking for year-long access to a Hindu shrine located behind the mosque’s wall.

The advocate representing the “Hindu side” said yesterday that the “Shivling” was found in a wuzu-khana – a place where devotees cleanse themselves before offering namaz. The Varanasi court accordingly issued an order to seal off the area. The mosque committee said the “Shivling” was actually part of a water fountain.

As the case continues to unfold, here’s how some leading Hindi newspapers covered these developments this morning.

Jagran also really leaned into the drama in its report: “When the survey ended at 10.30 in the morning, people on the road started chanting ‘Har har Mahadev’ after seeing the beaming faces of those representing the temple’s side.” It added that the “top of the Shivling was covered in cement and split into five parts” while adding in the same breath that it could not confirm this.

The mosque’s response was relegated to a brief paragraph.

The Jaipur edition of Dainik Bhaskar also had the news on page 1. Readers were in for a treat as Bhaskar also had a graphic on “three things based on which it has been claimed there was a temple” in the mosque premises.

What are those three things, you ask? First, the “Shivling”. Second, “the mosque’s walls look like a temple”. And third, a Nandi statue in the nearby Kashi Vishwanath temple faces the direction in which the Shivling was found.

Page 1 also had a piece by Anil Singh, former CT magistrate in Varanasi, who reiterated that the mosque “doesn’t look anything like a mosque. The soul of the premise is like a temple”. Singh wrote that he once visited the mosque, peered through a window, and, “when I looked inside, there were remains of a temple”.

On to Hindustan, whose Delhi edition had a five-column report on page 1. Hindustan took it a step further than Dainik Jagran by announcing, “All sides were satisfied with the survey” – even though the mosque’s committee has approached the Supreme Court.

The Delhi edition of Navbharat Times devoted three columns to the “Shivling” on page 1, with special emphasis on the Nandi statue facing in the direction of the wuzu-khana.

On page 9, a report pointed out the “Muslim side” has “questioned the court’s order on the other side. They have said ‘we were not given the chance to place our side regarding the issue’.” Page 9 also had a three-column explainer on the entire controversy. 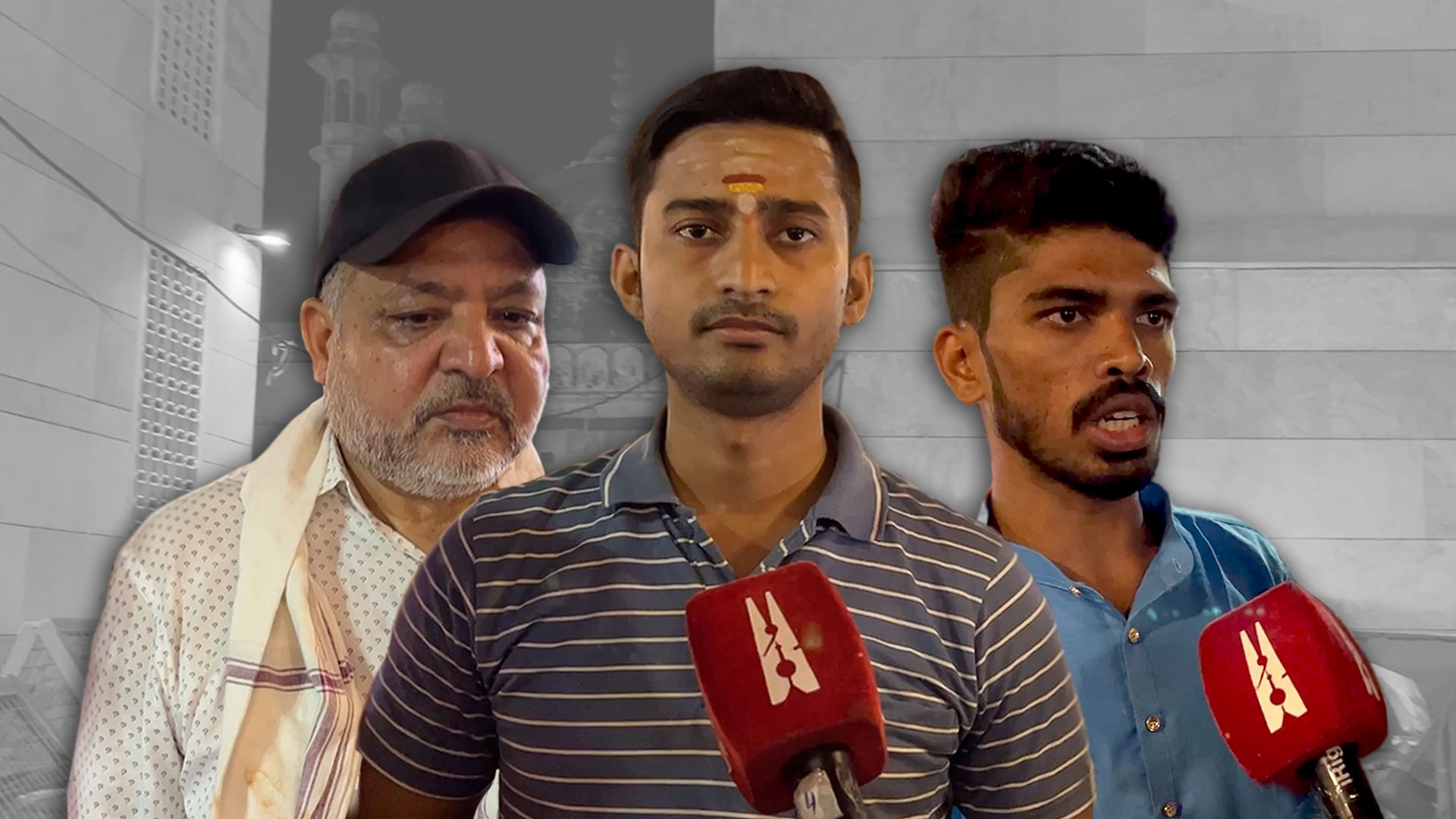