‘From day one, we captured the audience’: How TV9 Bharatvarsh’s war coverage took it to the top

The news channel is leading in some market segments in Hindi while CNN-News18 is top in some English segments.

“A real war broke out for the first time in 15 years, and we had planned ahead of others,” said Barun Das, chief executive officer of TV9. “That’s our editorial supremacy – that we could predict the events.”

It was this “editorial supremacy” that led to Hindi news channel TV9 Bharatvarsh’s much talked about coverage of the Russia-Ukraine war. Russia invaded Ukraine on February 24, and the channel immediately started telecasting live updates from the ground immediately, replete with graphics of atom bombs, fighter planes, and headlines warning viewers about the end of the world.

And, according to viewership ratings calculated by the Broadcast Audience Research Council, this is precisely what the audience wants.

From week 10 to week 19 – the period from March 5 to May 13 – TV9 Bharatvarsh held the top position in the all-India group aged 15 and upward. This segment is for the Hindi-speaking markets and includes both urban and rural viewers. In the latest available ratings dated May 13, the channel came on top with 15.3 percent market share, followed by India TV and Aaj Tak at 12.2 percent and 11.9 percent respectively.

TV9’s dominance comes after BARC resumed its news ratings in March following a 17-month hiatus, purportedly to “review and augment” its processes when the Mumbai police unearthed a “TRP scam”.

But TV9’s leap to the top raised eyebrows. In April, the News Broadcasters and Digital Association – which comprises legacy channels like India Today, ABP, Times Now, Zee, News18 and NDTV – flagged “glitches” and “irregularities” in BARC’s ratings, singling out TV9 Bharatvarsh’s “unnaturally high” spike. How could it be that viewers were “glued to war coverage on TV9 Bharatvarsh”, the association asked in a presentation, even when election results were being declared in Punjab?

Barun Das is unimpressed by this presentation, calling it “shallow and lacking logic”.

“Obviously, there is a section of our competition who does not have any better strategy than to criticise and badmouth us, trying to raise doubts,” he said. “If they want to learn how to be No. 1, I’m open to having a discussion on it.”

TV9 Bharatvarsh was launched in 2019. Its goal was simple: to “change the national television with its unique style of aggressive presentation blended with investigative journalism that will focus on the rights of the people”.

A year later, right before the pandemic began, the channel “relaunched” and began an aggressive marketing campaign. Its ratings went up as well.

Das, who has been TV9’s CEO since 2019, said the channel’s ratings increased every time they covered international issues from India’s perspective – from China’s role in Covid to clashes between India and Pakistan. This appeals to their “core viewers”, Das claimed, “who have interest in international developments”.

So, when the rumbles began about Russia and Ukraine, TV9 Bharatvarsh offered its viewers “continuous coverage” of the war, sending its reporters like Abhishek Upadhyay, Manish Jha and Ashish Kumar Sinha to Ukraine and nearby areas.

“From day one, we captured the audience,” he said. “Our reporter was right there in the war zone. Others woke up quite late after initially ridiculing us about how only TV9 Bharatvarsh and some international media feel there’s going to be a war.”

The channel’s coverage of the war never stopped, even as its counterparts moved on to issues like the Gyanvapi mosque. Das explained why: “We thought viewers still have interest in the war because that is something that can influence the whole geopolitical scenario around the world. There’s a section of the audience that still takes interest in global geopolitical developments. So, there are people who are interested in knowing this – and we are the only ones capturing that interest.”

He added, “That’s our editorial call. We continued to lay focus on the war, even when the rest moved on from it.”

But this also varies, he added – for instance, “war coverage is not very popular in south India but in north India, it still draws eyeballs”. While TV9 Bharatvarsh has not recorded a demographic skew towards a particular segment, Das said there is now a “significant” contribution from female viewership which did not exist a decade ago for Hindi news.

Das believes the channel’s ground reporting gave it an edge, and also the “knowledge” of their anchors and the “intelligence” of their discussions.

While this sounds very noble, a sample of TV9 Bharatvarsh’s war coverage may give you pause. It included headlines like “Ukraine will be destroyed in 72 hours”, warning viewers on primetime that this war will lead to the end of the world, while fighter planes whizzed through studios.

Even the I&B ministry took note, issuing an advisory in April warning channels about “making false claims” and using “scandalous headlines” while reporting on the Ukraine war.

But Das downplayed this – pointing out that if the advisory flagged “three instances” for his channel, it also flagged three instances each for channels like Aaj Tak and Republic Bharat.

When asked what he thought prompted the advisory, Das said he didn’t know. But he also said, “I have heard that some other channels, in the absence of having a better strategy to beat us, might have done something to prompt this, even if they are named. Maybe it’s the same group of people [as NBDA].”

He also emphasised that the advisory was “taken very seriously” and that the channel held an “important editorial meeting” soon after it was issued.

“We saw there were some things so we told our editor,” Das said. “It’s a 24/7 news channel so, forget about the CEO, even the editor doesn’t look at the channel on a minute-to-minute basis...We decided we would try to be spotless if any advisory comes in future. We’ve taken that very seriously and acted on that with regards to any coverage.”

He said the channel sometimes does not even “wait for an advisory” to fix things that do not “adhere to the philosophy of the organisation”.

“The treatment of content on TV9 Bharatvarsh has always appealed to viewers because we have always enjoyed higher time spent compared to others in the industry, which means the stickiness is better,” he said. “Whoever comes on the channel watches it for a higher time. Whether it is war or not war, I think we’ll continue to be among the top.”

TV9 Bharatvarsh isn’t the only channel doing well. In the English language genre, CNN-News18 has also dominated some market segments. According to a senior executive from the company, this is proof that “people are interested in not just mindless shouting and screaming”.

On April 29, Rahul Joshi, group editor of the Network18 group, sent an email to all managing editors, praising their strategy of “mixing genres and judicious use of speed news, debates and some counter-programming measures”.

“Our Ukraine strategy of sensible, controlled coverage and in picking up the Sri Lanka turmoil early on has helped too,” Joshi wrote. “Of course, some of the fun and entertainment content along with astrology has also worked wonders...Our recent performance also goes to show that you can gain numbers without hysterical coverage of global events or using illegal distribution tactics in regional to stay ahead.”

Firstpost quoted Zakka Jacob, managing editor of CNN-News18 as saying, “We have always believed in keeping it classy, that you don’t have to shout from the rooftops. That is reflected in our choice of stories and programming formats.” 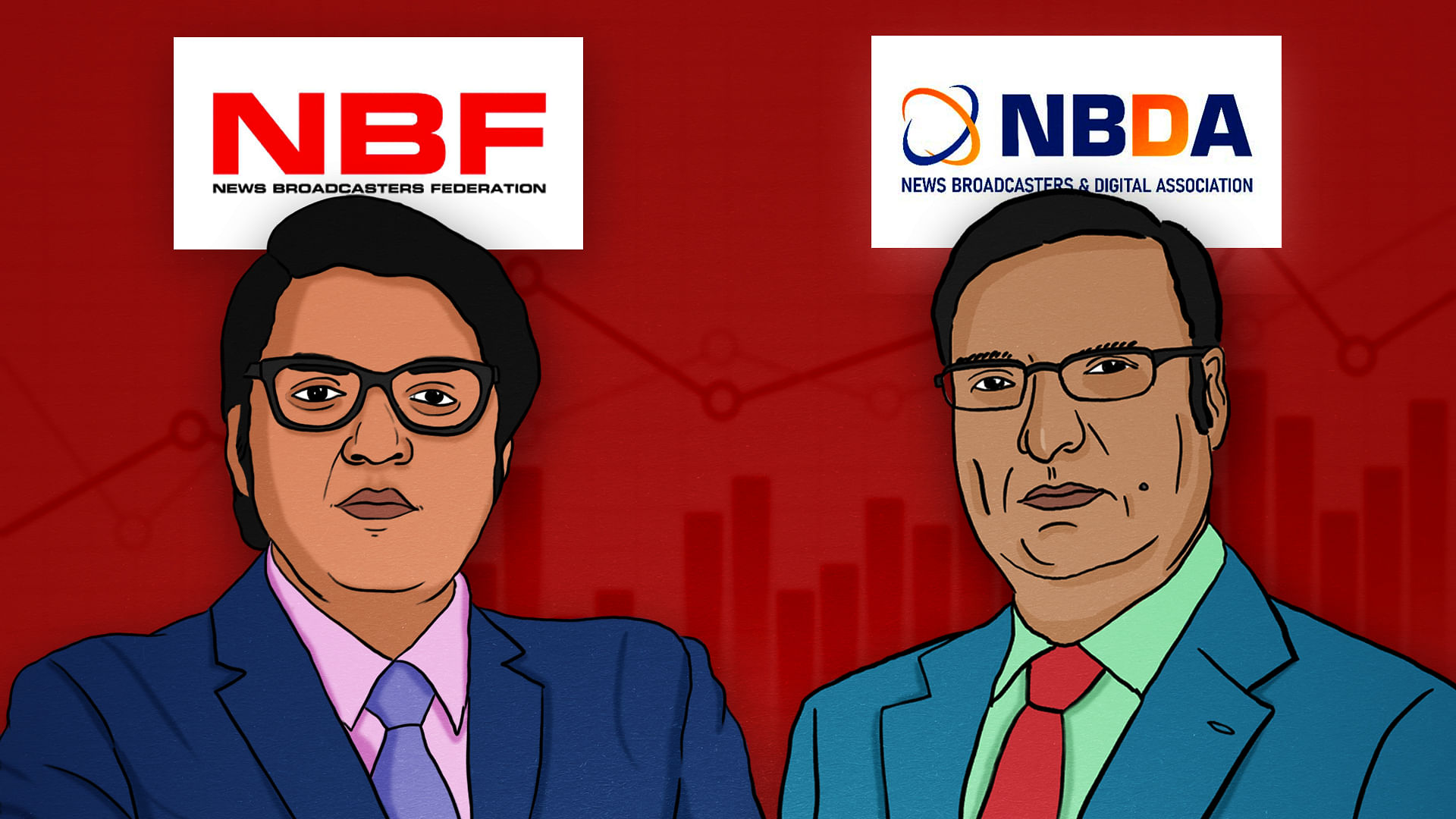 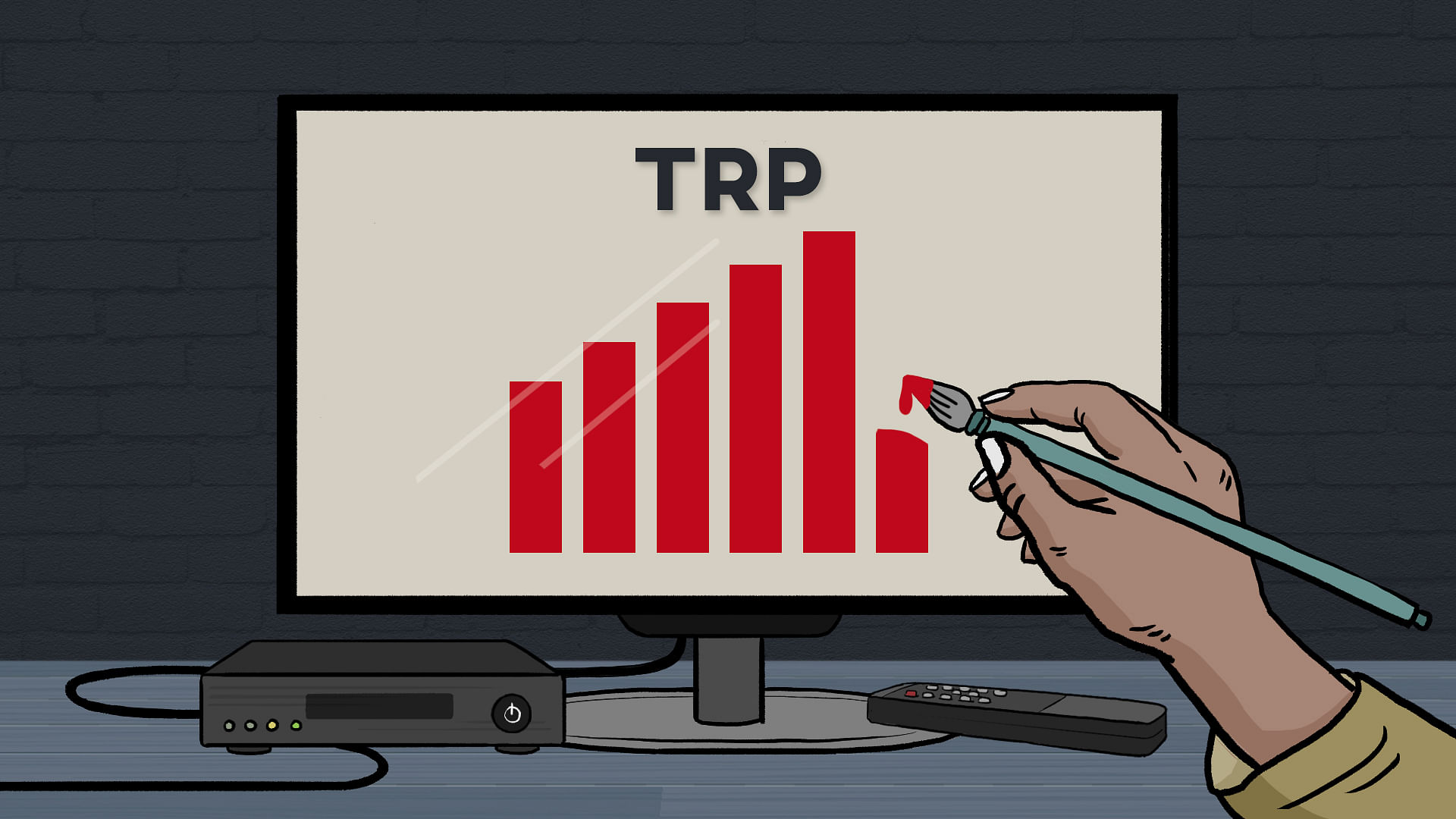