The response would spur the competitive victimhood of hurt feelings among various groups.

On October 5, 1988, when India became the first country to ban the import of Salman Rushdie’s novel The Satanic Verses, some commentators chose to take a potshot at former diplomat and politician Syed Shahabuddin. They ranked him as the world’s most influential literary critic, their point being that his heft was evident as he had successfully campaigned for banning the book without even reading it. It’s anybody’s guess whether he read the book or not. The novel, as is widely known, had outraged Muslims around the world and many saw it as blasphemous.

More than three decades later, access to the triggering material is not a problem as the outrage in Arab countries over derogatory remarks made against Prophet Muhammed by two spokespersons of the Bharatiya Janata Party has shown. A clip of the comments made on TV by one spokesperson and a tweet by another have been circulated far and wide. Yet, it’s the outrage in Islamic countries in general and the Arab world in particular which is being seen as the key reason behind the action taken against them. The BJP’s decision to suspend one of the spokespersons, Nupur Sharma, and expel the other, Naveen Jindal, has also been seen as delayed and primarily shaped by considerations of external relations.

The two cases are separated by more than three decades and other differences in the positions held by the persons and the nature of offensive comments. Still, how the influence of a particular type of backlash can sometimes spur the government or the ruling party to act may be interesting to some. Some commentators now would be amused by the sway that Arab capitals had in shaping the punitive action initiated in a political party headquarters in New Delhi against its two spokespersons.

Besides the disciplinary action of the party, the easier part is the recourse to criminal law in punishing and even constitutional law in restricting such offensive comments. While section 295A of the Indian Penal Code criminalises comments hurting religious sentiments, the perceived reasoning behind current action reminds of one of the grounds of reasonable restrictions on the free speech mentioned in the first constitutional amendment of 1951. Among the conditions under which the freedom of expression guaranteed by Article 19 can be curtailed, the first amendment identifies adverse effects on “friendly relations with foreign states”, as one of the grounds. Thus taking stock of the impact on external relations is a part of constitutional restrictions on free speech.

That, however, gets an extended run when a number of countries where most of the population follows one faith, and multilateral groups speaking on their behalf, galvanise their protest against hurt religious feelings. While the legal and constitutional provisions form one set of punitive and restrictive measures against the provocative comments, it’s the diplomatic response that has come to fore in the current episode.

While the legal cases against hurting religious feelings are quite common in the country, the institutional censure by the party is now the much dissected strand in the discourse.

As usual, the political response, media commentary and the social media reaction have been split along predictable lines and the echo-chamber clatter. In the process, the party’s line of action and its timing has raised more questions than answering them. Most of the contentions are rooted in the context of the offensive comments, where it came from and what chain reactions it could probably set off in the larger picture of a country teeming with believers of multiple faiths whose followers and community leaders find enough reasons to be offended at any point of time. The tricky context and its problematic subtexts could be briefly summed up through three prisms.

First, the fact that the offensive statements were made by two spokespersons of the ruling party in a television debate and on social media was seen as a sign of the cumulative coarsening of discourse in the country. In this backdrop, a section of opinion-makers were quick to see the party’s action against its spokespersons through the lens of the sense of decency, trumping the verbal excesses and rabid targeting of the beliefs of a religious community. That seems like resorting to an easy juxtaposition, and a flawed one, for placing the turn of events. The problem with such a binary lies in seeking a morally superior premise for itself, while losing sight of the more complex landscape of actors, forces and sense of injury, that go into the making of an ambivalent tale of grievances. The common decencies of the order, to borrow the phrase employed by different persuasions, can ill-afford to claim the same appeal for itself if it keeps dispensing with the “common” element.

Second, the defensive context, which one of the spokespersons used as a preface for her apology, had the subtext of competitive grievances of hurt religious sentiments gaining ground. The fact that she cited the mockery and denigration of Shivling as the trigger for her offensive comments against a venerated figure of another religion, taps into a strong perception among a sizeable section of Hindus. This could set the political stage for competitive victimhood when believers in the country's most followed religion have a longstanding grievance that offensive portrayal of their deities goes unpunished in most of the cases. Besides the government and political parties, this section of opinion has long objected to the impunity with which news media and popular culture have derided the figures of worship in their religion. They often juxtapose it with the far more careful approach adopted while dealing with anything that might provoke followers of Islam.

In recent years, from the English language news media in India, a much cited example is what happened at the Statesman in February 2009. The editor and publisher of one of India’s oldest newspapers were arrested in Kolkata for hurting the religious feelings of Muslims, after the newspaper reproduced an article critical of Islam from the British daily Independent. Ironically, as a BBC report noted, Johann Hari’s piece, besides making critical remarks about some Islamic beliefs, was concerned with the “erosion of the right to criticise all religions”. The newspaper had to offer an apology following protests.

The current episode could give a new lease of life to such juxtapositions, and the perceptions about the different degrees of sensitivity shown by the government as well as mass media in dealing with feelings of religious hurt of different communities.

Third, this aspect of differential treatment means that the ruling BJP has a tricky situation to negotiate. In the political spectrum, the party, among other things, is seen as the default claimant of the space for advocating Hindu interests. In 2014, when the party under the leadership of Narendra Modi, won a clear majority, many scholars chose this as one of the ways to view the party’s arrival at the centrestage of Indian politics. “For a generation that felt that elite modernisation was a hypocritical affair conducted by groups which used words like ‘secular’ to dismiss the thought processes of a middle class more rooted in religion. By articulating such anxieties, Modi soothed their wounded subconscious. And this ‘wounded class’, tired of pseudo-secularism, elite cronyism and majoritarian hypocrisy, voted him to power,” wrote sociologist Shiv Vishwanathan.

It’s debatable whether that was the key driver of the party’s mandate, but the fact remains that addressing some of the key grievances of the religious majority community was one of the expectations of the supporters of the new regime.

In a way, the expectation wasn’t very different from what English philosopher Sir Roger Scruton said about the majority being an equal part of the equal treatment of all groups in a pluralist society. He was of the view that, like all groups in a society, the majority “needs not only be not ignored, but it also needs to be respected”. As this could be easily misunderstood, here it’s important to clarify that he was asking for the majority to be “not ignored” and “respected” only as much as other groups in the society. It is in this larger context that the BJP would be concerned about the political message of prioritising grievances that the current episode seems to be giving to a section of its supporters. At the same time, it would be aware of the short shelf-life of such messaging, and how it may soon blow over.

In 2012, speaking at a conclave in India, Rushdie reminded his audience of how the ancient Indian text Natya Shastra had specific mention of gods defending the idea of freedom of expression, and more specifically, in the realm of arts. However, the current sensitivities and statecraft require the sense of restraint in political action anchored by “rajniti shastra”, if not the more pragmatic Arthashastra. The turf of competitive victimhood of religious hurt in the country means that India has struck the mean between Voltairean creed and cultural relativism. The big question is how the political class can find the right words of restraint and the proportionate action to navigate that midway. 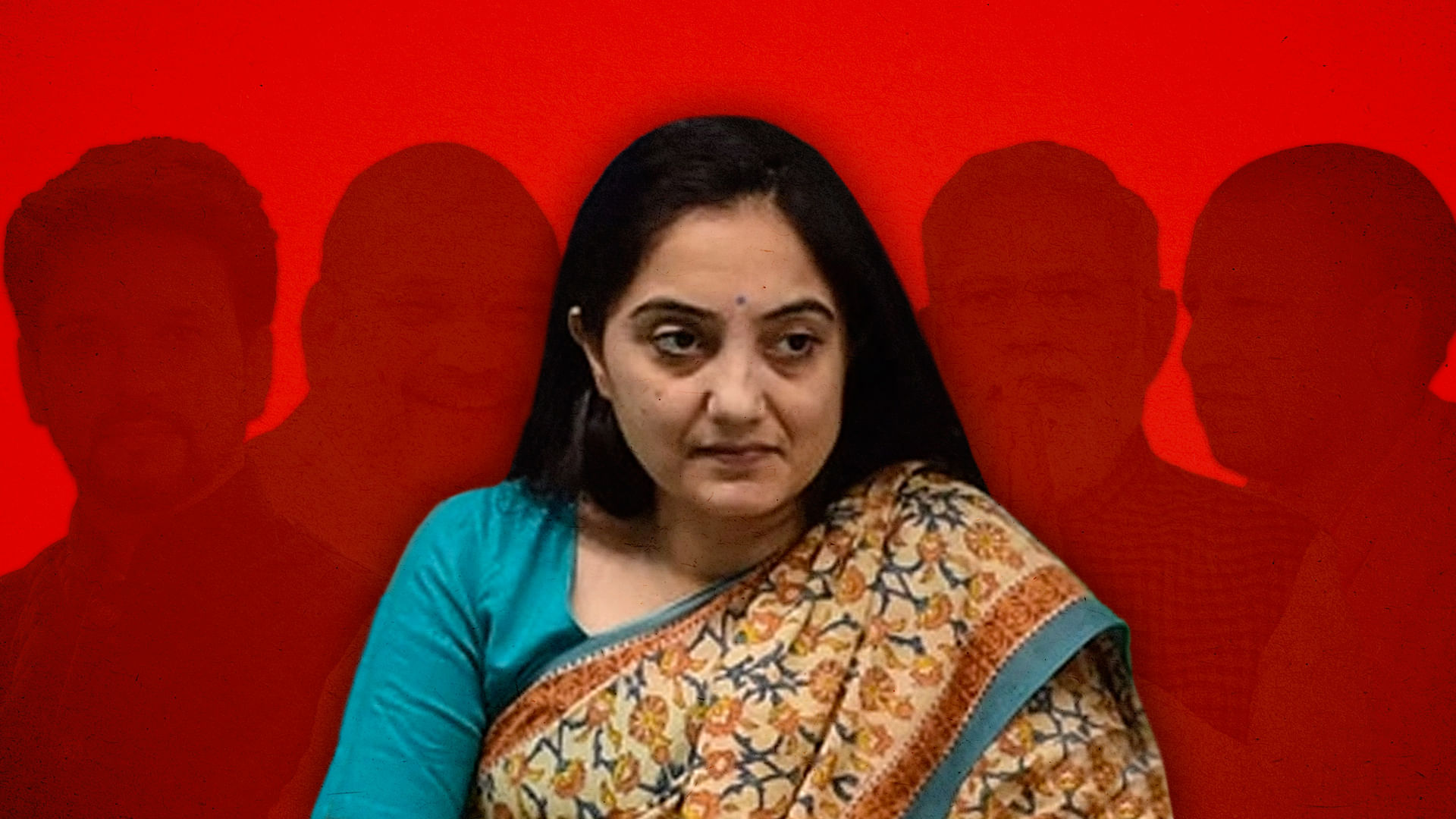