Stakes for poaching are high, especially with precarious configurations in a state assembly.

On a rainy day in Patna, Tejashwi Yadav went in an SUV to bring four MLAs to the Bihar legislative assembly building. Yadav, the leader of the opposition, drove the vehicle himself. The MLAs were all from the All India Majlis-e-Ittehadul Muslimeen, or AIMIM, and they were heading to meet the speaker to convey their decision to join Yadav’s Rashtriya Janata Dal.

With this decision, the AIMIM, headed by Asaduddin Owasi, lost four of its five MLAs in the Bihar assembly. The RJD’s strength, meanwhile, increased to 80 – reclaiming its position as the single-largest party in the 243-member Vidhan Sabha.

The four MLAs who left the AIMIM are Mohammed Anzar Nayeemi (Bahadurpur), Shahnawaj Alam (Jokihat), Mohammed Izhar Asfi (Kochadhaman), and Syed Ruknuddin Ahmad (Baisi). As they do not constitute less than two-third of the party’s total strength in the assembly. Hence, the anti-defection law does not apply to them.

Their switch was not unexpected. It merely reinforced the challenges faced by smaller parties or new players trying to make gains on the state’s electoral turf from bigger parties – both regional and national.

First, the problem of retaining the loyalty of a few legislators who won party tickets has been obvious since the last assembly poll in November 2020. It might also be because of the wafer-thin majority the current legislative assembly is offering to the governing alliance. The NDA government – led by chief minister Nitish Kumar and comprising the Janata Dal United, Bharatiya Janata Party, and Hindustan Awam Morcha (S) – has a strength of 126 in the assembly. The rival Mahagathbandhan has 115 members, seven short of a simple majority.

In such an unsure configuration, the stakes for poaching are high and so are the incentives for legislators of smaller groups to switch. This has kept the small parties on their toes but it hasn’t stopped larger parties in the state from eyeing the wavering allegiance of MLAs from other parties.

But it has also meant that only MLAs breaking away en masse, and not less than two-third, could serve the purpose of escaping the anti-defection law. That, however, wasn’t a problem with the only BSP legislator, Jama Khan, who was elected from Chainpur in the 2020 assembly poll. Two months later, he joined the JDU and, being the sole MLA from the BSP, did not have to factor in anti-defection provisions while making the decision.

There was also the recent case of an intra-alliance switch. In March, three members of the Vikassheel Insaan Party, an NDA ally, left the party to join the BJP. As the VIP had only three members in the assembly at the time (the fourth having passed away), it could not be subjected to the anti-defection regulation. So, when Rajoo Kumar Singh (Sahebganj), Mishri Lal Yadav (Alinagar) and Swarna Singh (Gaura Bauram) joined the BJP, they pushed the BJP’s tally to 77 – making it the single largest party in the assembly then.

The latest swell in RJD numbers, however, has meant the party has wrested back that position from the BJP.

Second, the breaking away of four AIMIM legislators does not go well with a side story from the 2020 poll – the release of captive voters from their conventional citadels in the state’s Seemanchal region. The region, located in Bihar’s northeast, has a significant number of Muslim voters in Katihar, Purnea, Araria and Kishanganj districts, and the RJD, JDU and Congress have been the prime claimants of their votes. The AIMIM’s success in winning five seats was seen by political observers as a point of departure and disrupting the pattern.

The latest move, however, offers a reverse subtext to that story. Expectedly, the AIMIM has blamed the RJD for poaching its legislators. Akhtarul Iman, the party’s state president and its MLA from Amour, slammed the RJD. In a media statement, he said, ““RJD claims to protect the interests of minorities and weaker sections. But today, the party has not only betrayed the faith and belief of minorities, but has also proved that it does not want a strong party to emerge in the state which talks about fighting for Muslims and scheduled castes.”

The highly configured outcomes of the last assembly poll in Bihar were also significant for giving space to a wide range of parties representing different socioeconomic groups as well as ideological streams. The electoral inroads made by the AIMIM was an example of that in the Seemanchal region of the state. In the face of the latest episode of its breakaway legislators merging with a larger regional party, the AIMIM will have to redirect its focus on consolidating, and even expanding, the support base that crafted its impressive gains.

In the long run, the party can always rely on the community electorate’s urge to break free from being taken for granted. It hasn’t been long since the party challenged the idea of the captive voter in Seemanchal. 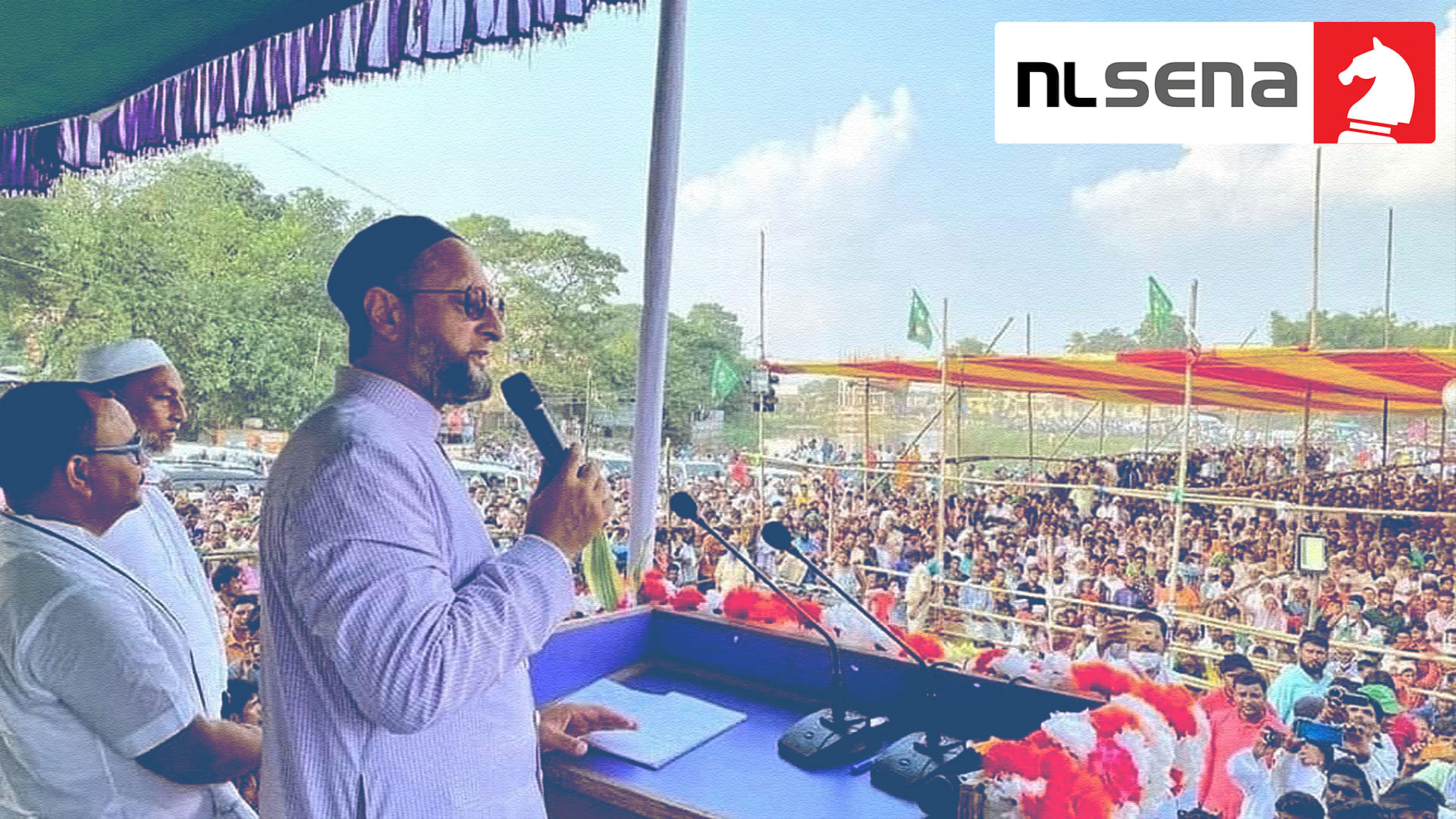 Bihar election: Why Owaisi’s AIMIM is unlikely to play spoiler for the Mahagathbandhan

Does Owaisi’s debut in Bihar mean trouble for the Lalu-Nitish combo?