At the Press Club event on press freedom, journalists stressed the need to go beyond gatherings, statements and resolutions.

The conference hall of the Press Club of India was packed on Monday afternoon. It contained more than 70 journalists who had gathered to discuss, as PCI put it, the “creeping infringement of media freedom and assault on personal liberty of journalists”.

The context of the gathering was the arrest of Alt News cofounder Mohammad Zubair by the Delhi police on June 28. The police alleged that a 2018 tweet by the fact-checker “hurt religious sentiments”. On July 2, fresh charges of criminal conspiracy, destruction of evidence, and foreign funding were added to the case.

The packed conference hall at the Press Club of India on Monday.

Lakhera, the moderator, was ballistic from the get go. He called the charges against Zubair “frivolous” and wondered whether the Narendra Modi government wanted to “crush the media”. Ninan, who followed him, was more composed. The seasoned editor said government pressure on the media will only increase. “It is good that we can hold meetings and issue statements,” he said. “But it is not going to be enough.”

In his brief stay on the podium, Ninan suggested two ways in which the media fraternity can counter the state’s heavy-handedness.

“The media, across different political persuasions, needs to agree on the basics of press freedom and safety of journalists,” he said. “The media itself is not together on these issues.”

The other measure, Ninan said, was legal aid for targeted journalists. “It would be a fund to help journalists fight cases, especially those who lack resources and are left to themselves. We need a panel of lawyers in different cities who can represent these journalists pro bono.”

Varadarajan, who spoke next, agreed. “We have to be united and proactive as a fraternity with a smart plan,” he said, because the state’s infringement of press freedom was not “creeping” but a “full-blown attack”. “And there is a method in this madness,” he added, “the targets are Muslims in the media.”

Vinay Kumar, the general secretary of PCI, addressed Ninan’s call for a concrete strategy. He told the audience that he had an “informal discussion about legal aid” with a few lawyers, though he did not go into detail. Later in the event, Kumar rose again to read out the PCI resolution that had “requests” and “reiterations” for the government. It carried the usual line or two on “upholding and protecting” the Indian constitution.

When asked if the PCI had any plans to organise legal aid for journalists, Lakhera spoke in the future tense. “We agree with the proposal on legal aid,” he told Newslaundry. “We will speak to our fraternal bodies in the media – not just in Delhi but across the country – about legal aid and then take it ahead.”

The speakers at the event.

But if Kumar hoped the discussion was put to rest, that was not to be. Before he read out the resolution, Karnika Kohli, a former audience editor with Scroll who now manages its reader revenue department, spoke from the audience to point out that PCI gatherings like these are not enough.

Speaking to Newslaundry after the event, Kohli said messaging is important in the age of digital media, and the media fraternity needs to ace the game. “Three-hour long meetings at PCI is not a solution,” she said. “I’ve been attending them for five years and it’s the same 50 or 60 people who show up.”

Like Ninan, Kohli had suggestions too. She told the gathering that media bodies need to work on audience engagement. “We need a group that works on improving social media reach with skills and tactics to get the voice across,” she said. “Else it’ll just be NDTV, Wire, Caravan, Scroll and Newslaundry covering these events and that’ll only reach a small segment of the audience.”

Prabhjit Singh, an independent journalist, also touched upon the reach of media gatherings. “My concern is the sustainability of such protests. Do they make any noise on the road?” Singh asked. “I was in Srinagar recently and the press club there was shut down earlier this year. But no one spoke in Delhi. The meeting today ended on a positive note, but much more needs to be done.”

Hartosh Singh Bal, the political editor of Caravan, also told Newslaundry that media gatherings are necessary but not sufficient.

“I’ve been speaking at these meetings since 2014. We’ve been debating the same points, like legal aid,” he said. “But it requires incentive from somebody willing to do this work. The organisations that hold these meetings have to come together to build on what is discussed here, else we end up discussing the same things.”

“Take a Raghav Bahl, Prannoy Roy or Shekhar Gupta,” he said, referring to the heads of Quint, NDTV and Print, respectively. “Are they only going to come here when their reporters are targeted? If they largely identify with the cause of journalism, then where are their voices?”

Over the last few years, the PCI has been active in organising events on threats to free expression and press freedom. But a week after Zubair’s arrest, both observers and participants of such spectacles of solidarity feel it is time to do more. Reporters, editors and social media sleuths have their own suggestions – legal aid, audience engagement, sustained protests – and hope Zubair’s arrest provides the impetus to implement them.

With inputs from Shivangi Saxena. 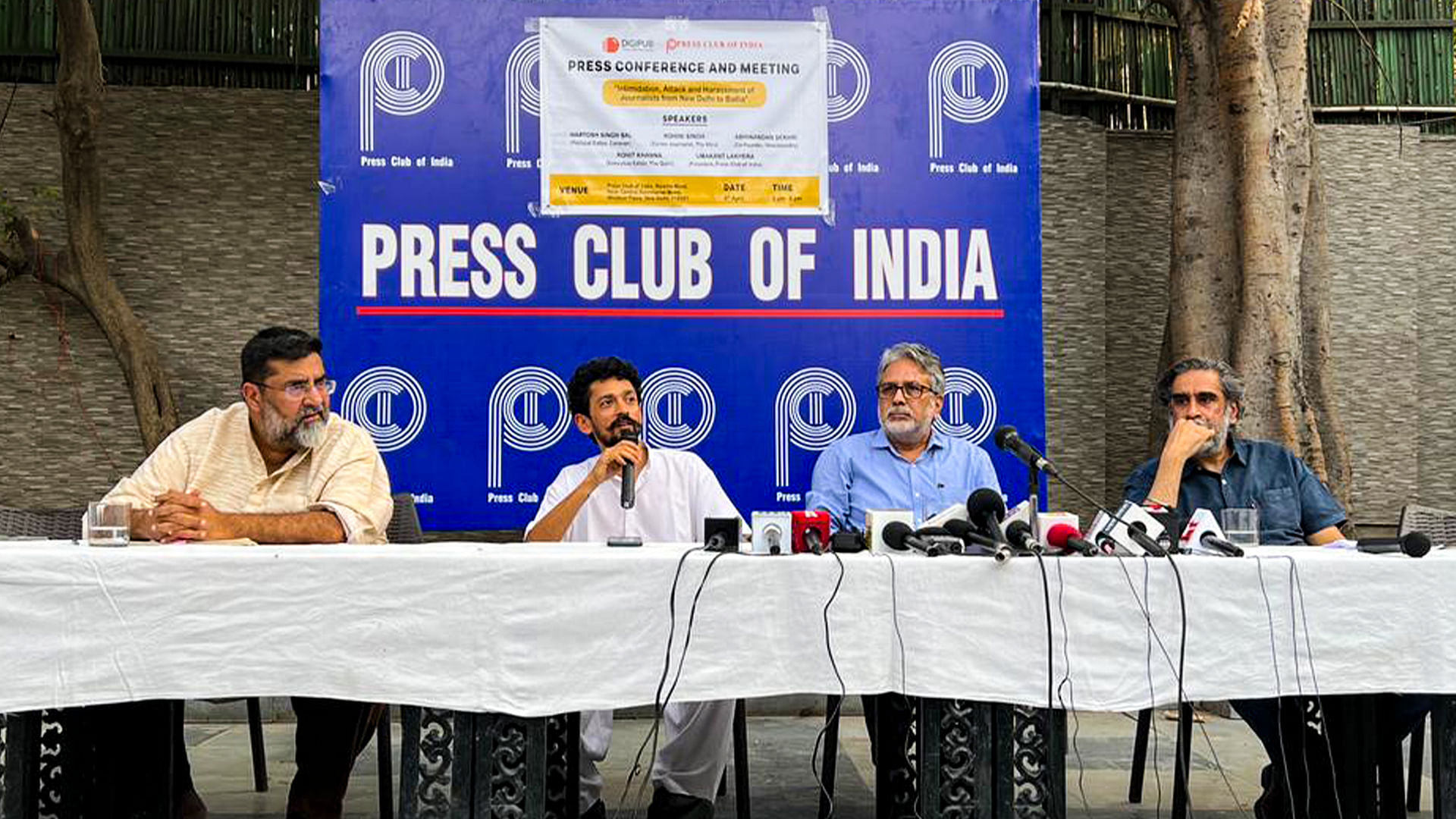 ‘Will resist’: Journalists’ meet condemns ‘systematic sense’ of harassment from Ballia to Delhi 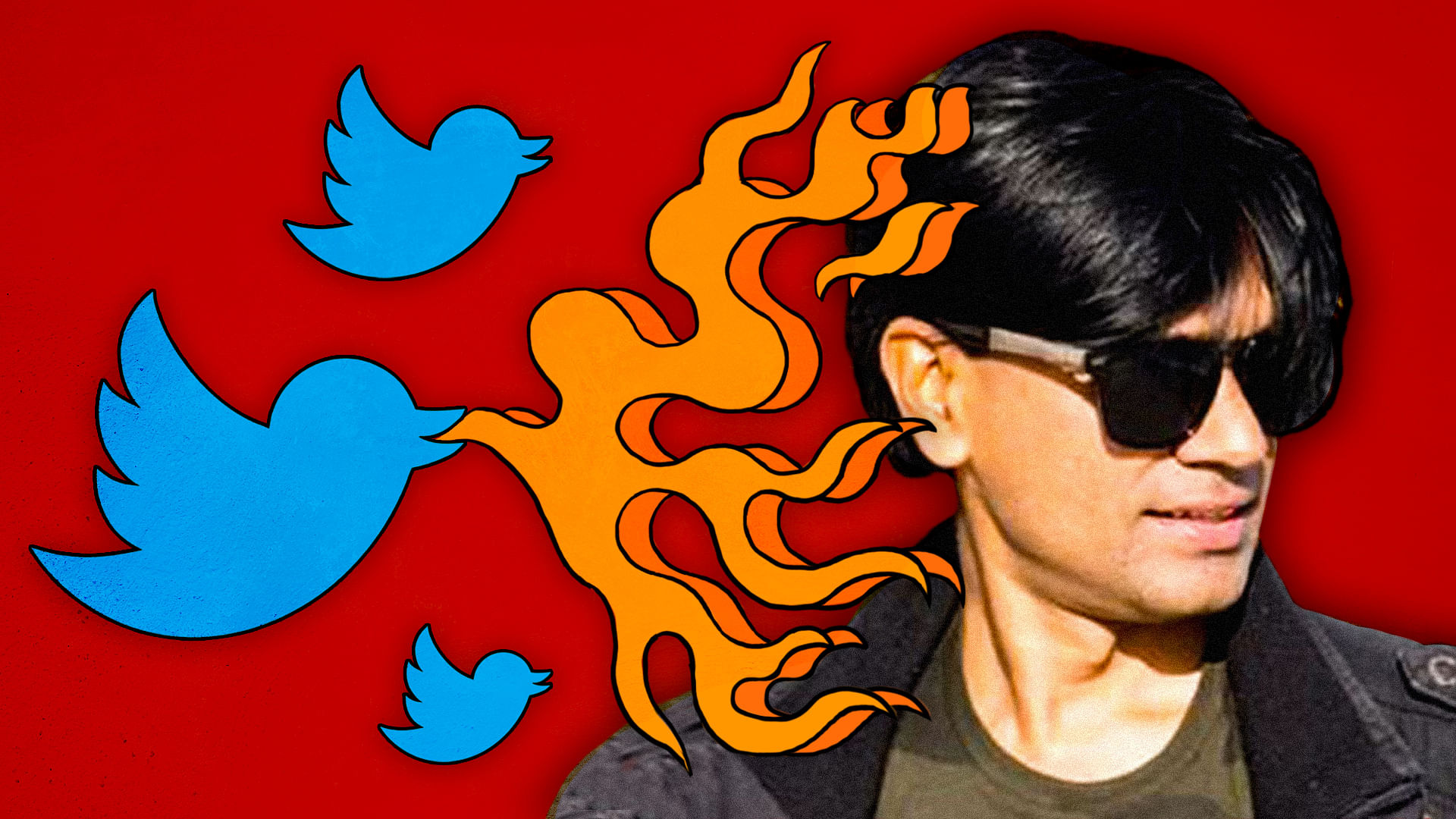