Much of the legacy media is doing itself a disservice by neglecting big-impact stories and small-town staff.

News is always “breaking" and stories are sometimes “broken”. But then you also have important stories that are “broken” but are quickly forgotten. Not always deliberately, although sometimes that is the case. Quite often because there is just too much news breaking all around us, genuine and fake. As a result, many important stories that need to be followed up are relegated to the archives.

Meanwhile, those doing the essential task of sifting the fake from the real, like AltNews cofounder Mohammed Zubair, are arrested and treated like criminals. More on that later.

But first to an important investigative story that got barely reported in the Indian media.

I refer to the remarkable story broken by the Wired magazine on June 16. Headlined “Police linked to hacking campaign to frame Indian activists”, the story describes in some detail how the Indian police were able to plant evidence on the computers of some activists that ultimately led to their arrest. This is in reference to the 16 individuals – now 15 after the death of Father Stan Swamy last year – who have been in jail for over three years without trial in the Bhima Koregaon case.

A year ago, a story in the Washington Post had also revealed how evidence was planted on the computers of Rona Wilson and Surendra Gadling, both in jail in the Bhima Koregaon case.

Now, one of the companies investigating this, SentinelOne, has released the startling finding that the hackers who broke into the phones and laptops of the activists did so on the directions of none other than the Pune police, the very people who had announced the “conspiracy” for which the BK 16 were picked up and incarcerated.

Juan Andrés Guerrero-Saade, a security researcher at the company, is quoted in the Wired article as saying, “There’s a provable connection between individuals who arrested these folks and the individuals who planted the evidence.” Although the company has identified the Pune police official linked to the hacking, it hasn’t made their details public yet. It is expected to do so at the Black Hat security conference, slated to be held in Las Vegas, United States, in August.

Such a story ought to have triggered a major response from the Indian media. After all, it was reported not by an unknown media organisation, but by a well-respected tech magazine.

Surprisingly, barring a few newspapers like the Telegraph and the Hindustan Times that reported on the investigation, the news was largely ignored by the Indian media with the exception of independent digital news platforms. As a result, this explosive story, establishing a nexus between law enforcement agencies and their actions that result in sending people who have broken no law to jail, has virtually sunk without a trace.

Why is it important even now, in addition to its obvious relevance to the Bhima Koregaon case? Because if the representatives of the state, namely the police, can use such tactics with such ease in this case, how do we know the next time an activist or a journalist is arrested, and their phones and laptops are “seized”, that the same won’t happen?

Take the case of Zubair. He was arrested on June 27 for a tweet posted in 2018 that contained a picture from a 1983 film by the renowned director Hrishikesh Mukherjee. Not only was he detained on these flimsy grounds, but his electronic devices were picked up from his home in Bengaluru.

In the meantime, multiple FIRs were filed against him in different locations forcing him and his lawyers to rush from court to court fighting for his right to get bail. In the Supreme Court, even as his lawyer argued Zubair’s bail plea in another case filed in Sitapur, Uttar Pradesh, Solicitor General Tushar Mehta, who was representing the UP government opposing the bail plea, was reported as saying that Zubair was part of a “syndicate”. This remark is more than just a hint that before long there could be a “conspiracy" in which Zubair would be implicated.

Zubair’s "crime" was that he was doing journalism: sifting fact from fiction. But in this “new India”, journalists should not be doing this. Their job is not just to be loyal stenographers taking down the official narrative and repeating it, but enthusiastic promoters of it, irrespective of whether what they are reporting has any basis in fact.

Zubair’s case is further complicated because he happens to be a Muslim in a country where, increasingly, no Muslim, educated or unlettered, can feel safe anymore. Not even a person as highly respected as the former vice president Hamid Ansari.

At least AltNews and Zubair are well-known. They have a profile on social media. The work they are doing is talked about. And his case has garnered support in India and abroad.

There are, however, hundreds of journalists, many who are not even recognised as journalists by the very media organisations for whom they report, whose fate is even more fraught, and largely unknown.

That is the other story that ought to have drawn more attention but did not in these times of shrinking attention spans. It is a long and detailed story, one that most readers usually do not make the time to read. But it ought to be read if we really want to understand what is happening to the press, and to journalists, in this country.

I recommend this detailed and excellent report by Arunabh Saikia in Scroll about a bunch of journalists in Uttar Pradesh and what they went through after they broke an important story.

The region where these journalists work is known for many different things, including widespread and open cheating during examinations. Three of them exposed this by getting hold of the papers that had been leaked. For this, instead of being applauded, they were arrested and sent to jail for several weeks. What is worse, the media organisations for which they reported, widely circulated Hindi papers Amar Ujala and Rashtriya Sahara, did not acknowledge their work, nor did they initially stand by them when they were arrested.

Furthermore, many of these journalists are not formally on the payroll of the newspapers using their stories. They are hived off into separate organisations so that the newspaper does not have to pay them the salary they are required to do on the scale set by pay commissions. In this case, one of them was paid Rs 450 per month and another Rs 500, less than the minimum wage paid to a labourer.

Clearly, what this story exposes about the conditions under which these journalists work in UP is not an exception. A little bit of digging would reveal that this is virtually the norm in smaller towns, places where journalists supply the gritty details so essential for well-reported stories. In 2007, Sevanti Ninan wrote a book recording the experiences of such journalists in Headlines from the Heartland. I suspect not much has changed since.

So freedom of the press involves not just freedom for journalists to do their work, and not be locked up like Zubair and earlier Siddique Kappan, Fahad Shah, Aasif Sultan, Sajad Gul and others. It also consists of journalists being recognised as professionals, paid a decent wage, and supported when they end up being jailed for no other crime than doing journalism. What do Bhima Koregaon and Hathras have in common? Siddique Kappan, according to UP police 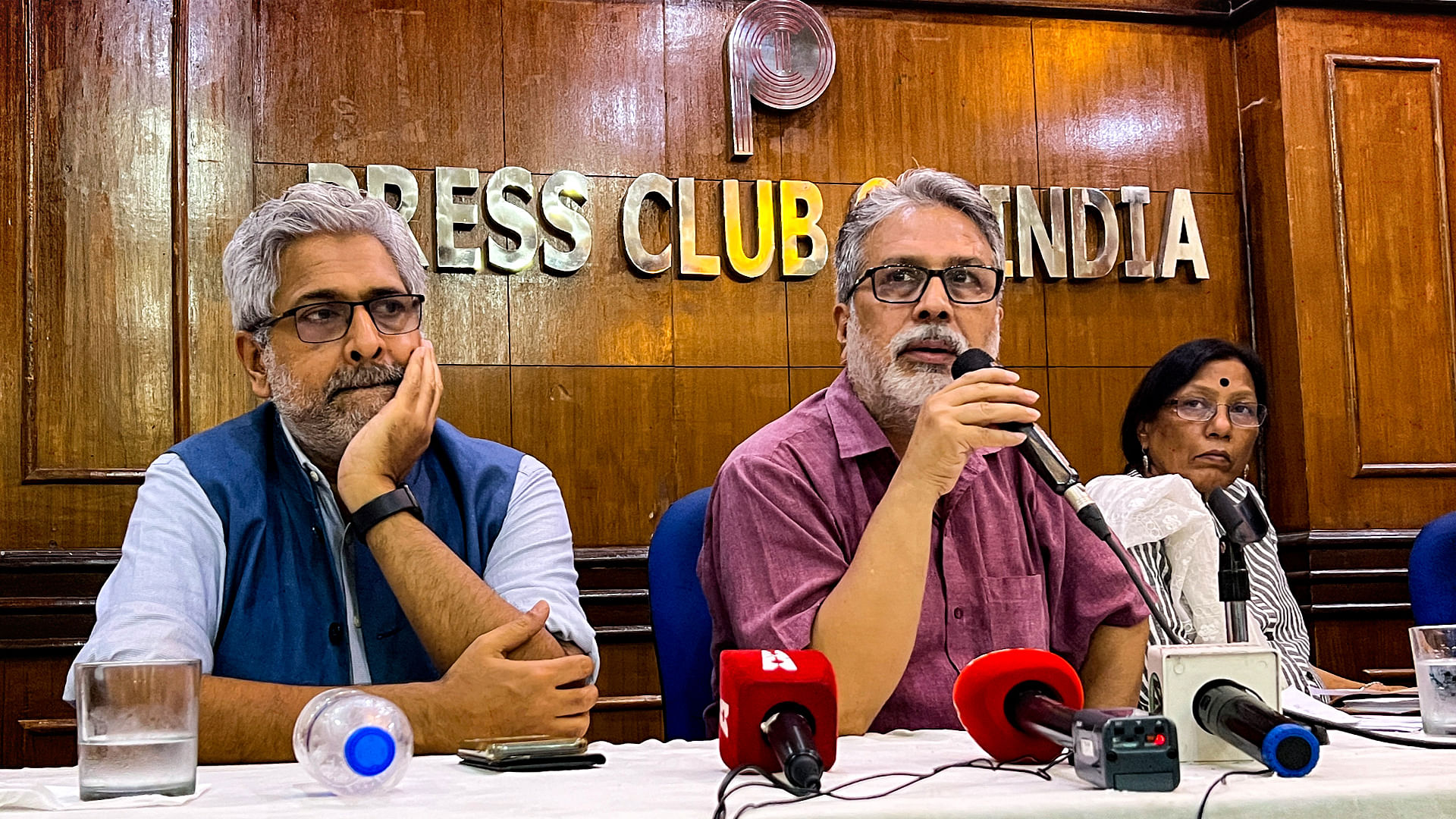