Trading ecology for tourism: Why Biren Singh’s dream project might be a nightmare

ByShivnarayan Rajpurohit21 Jul, 2022
bookmark_add
The Loktak lake in Manipur is a site of global significance under the Ramsar convention.

The Manipur government’s proposed mega ecotourism project at the Loktak lake – a site of global significance under the Ramsar convention and home to the critically endangered sangai deer – has again waded in troubled waters. Tenders to appoint consultants for the Rs 1,700 crore project in Bishnupur district were floated in 2020, but the Asian Development Bank, which was likely to pump in 80 percent of the money, is learnt to have sought a review considering the possible adverse ecological impact.

While state government officials said conservation measures have been part of chief minister N Biren Singh’s dream project, sources privy to the ADB’s concerns said the bank is “not happy” with the proposal – which is yet to be approved by the union environment ministry but has been cleared by all state departments.

Loktak comprises five freshwater lakes known for their phumdis, or floating vegetative mats. The state tourism department, the implementing agency, wants to redevelop Loktak with water sports infrastructure and tourist facilities such as an artificial beach over an area of 200 hectares. Besides, a “world class” resort and a golf course will also come up in the eco-sensitive zone of the Keibul Lamjao National Park, the only floating protected natural habitat in the world.

Notably, the Manipur High Court had halted development activities in separate orders in a suo motu case in September 2019 and February this year. The court has been monitoring such activities at Ramsar wetlands on the basis of a 2017 Supreme Court direction and has sought a brief document and wise-use plan before it permits any further action. A wise-use plan is a reference document to guide development of wetlands under the Wetlands Rules. It requires the central government’s approval for its implementation.

A review petition was, however, filed against Solicitor General Tushar Mehta by the All Loktak Lake Area Fishermen’s Union Manipur for allegedly misleading the court. The union said Mehta had claimed that ADB had already released funds for the ecotourism project in order to clear legal hurdles to the proposal.

Meanwhile, the state government is trying to work out a solution, with the chief minister holding a meeting on the issue last month.

“In the meeting, the ADB was very appreciative of the ecotourism project…At the same time, they also want to add another project: lake restoration,” said Waikhom Ibohal Singh, state tourism director. “It is very good for us that they are concerned about pollution, biomass and causes for ecological degradation. So there could be two projects: ecotourism and lake restoration. They could run concurrently or one after the other.”

However, two sources privy to the matter told Newslaundry that the bank “was not happy” with the proposal.

“They were not happy with the wise-use plan and the ecotourism proposal in their current form,” said one source. “Their objections were related to the ecology of the Loktak lake…ADB may not pull out of the project but it certainly wants changes in it.”

The second source said the environmental safeguards for international funding are “strong”. “According to its internal discussions, ADB conservationists told me that the ecotourism project does not make sense until the wetlands are protected. They want that the wise-use plan be implemented first before undertaking the project.”

The wise-use plan for the project was prepared in 2020 by the lake’s custodian, Loktak Development Authority, in partnership with Wetlands International South Asia. But experts have raised objections. An environment ministry official said the plan is yet to be approved by the ministry.

While the government insists that all project components are on the periphery, experts assert the plan tampers with the core area of the lake that supports three lakh livelihoods and is home to several species of migratory birds from central Asia. On June 9, Biren Singh tweeted that the world-class ecotourism facilities will be built on the “periphery of the Loktak lake”.

Did Mehta mislead the court?

With ADB still examining the proposal, it is yet to release Rs 1,350 crore for it. Ibohal Singh said the project is at the planning stage and “we are yet to get sanction [of funds] from ADB”.

However, Tushar Mehta – representing the state government in a suo motu case for the protection of wetlands since 2017 – stated the contrary before the high court in October 2020.

Mehta has not replied to a Newslaundry email seeking his comment.

Four months after his submission, the ADB, in an email response to Ram Wangkheirakpam of NGO Environment Support Group, said that the bank “will examine the project proposal as per standard procedure. No details are available with ADB at this moment.”

On July 15, Newslaundry sent a questionnaire to ADB, asking if funds have been released and if it raised any ecological or environmental concerns related to the project. Four days later, ADB said the official concerned was on leave and a response will be sent “in a few days after necessary approval”.

A delay in demarcation of boundaries for the project has triggered concerns among experts.

The eco and economy

Ibohal Singh said most tourists visit the lake “only for a day, so we want to provide holiday packages under which they can stay for a week or month…Whatever infrastructure is required to facilitate tourist arrival, we will build that.”

But the state tourism department has also set aside a little over Rs 200 crore for lake and waste management to tackle increasing degradation of the water body. It proposes to spend Rs 450 crore for resorts; Rs 280 crore for lake view facilities; Rs 226 crore for a ropeway and Rs 90 crore for adventure sports, among others.

Besides the requirement of a union environment ministry nod for the entire plan, two components of the project – the resort and golf course – need the National Board for Wildlife’s clearance as they fall within the eco-sensitive zone of the Keibul Lamjao National Park, which is protected under the Wildlife Protection Act.

Approaching the NBWL for this approval, the government listed 13 goals, including to “mitigate negative impacts of ecotourism”, “enhance travel activities”, increase revenue generation, provide and diversify employment opportunities for local communities, and find “critical balance between possibly damaging consequences of ecotourism and the potential benefits to the local communities and ecosystems”.

Bolstering its case, it pointed to cleaning and conservation of the water body to tackle the “number of pollutants” that has been increasing “without any check”.

In its latest meeting on June 17, the NBWL deferred the discussion on the proposal pending experts’ review.

According to the minutes of a meeting held in April, NBWL expert member and ecologist Raman Sukumar “pointed out that the golf course would require a lot of water for its maintenance and the likely impact of the proposed project on the Keibul Lamjao National Park needs to be assessed in order to ensure that the hydrology of the area is not disturbed”.

Is the project inside the Loktak wetlands?

The genesis of the disagreement between experts and the governments is born out of the LDA’s delay in clearly demarcating the boundaries of the Loktak lake.

“The physical mapping of the boundary will be completed by the end of this financial year. So far, we have covered part of the lake…” said LDA project director L Bhagaton Singh.

Submitted to NBWL, geo-referenced maps (here and here) of the land parcels earmarked for the resort and the golf course showed they border the lake shoreline. These land parcels have been traditionally used by local communities for grazing their cattle.

Ibohal Singh also asserted that all project components are either on the western or southern periphery and “not in the core zone”.

However, Rajesh Salam, a member of the International Union for Conservation of Nature and an expert member of the state wetlands authority, told Newslaundry that his objection about the project activities being “within the Loktak lake area” was overruled during a technical advisory committee meeting in September 2020 and the proposal cleared.

Bhagaton Singh said all activity is 50 metres away from the core zone and called it beyond the “zone of influence”. But environmental lawyer Ritwick Dutta told Newslaundry that the zone of influence is drawn depending on the ecology of an area and nearby settlements and has not been specified by the rules.

The wise-use plan listed several reasons behind ecological distress to the lake, the first being the construction of the Ithai Barrage in 1983 to regulate water outflow for power generation. According to ecologists, the area is inundated throughout the year, affecting its natural flow. This means that migratory fish population from the Bay of Bengal has reduced, phumdis have mushroomed due to almost stagnant water, and agricultural avenues reduced.

“Now, phumdis have become thinner, making it difficult for sangai to stand on them and graze,” said a wildlife expert, who has been working in the national park for more than a decade.

After coming to power in the state in 2017, the BJP government asked the central government to decommission the barrage due to recurring floods as part of its poll promise.

Among other reasons are untreated sewage discharged into the major rivers, including the Manipur river, that pass through the Loktak wetlands area, and an increase in use of chemicals for agriculture and fish farms.

“Until 20 years ago, the water was blue and people could drink straight from the lake. Now, there are all kinds of colours: black, grey and brown,” said Rajesh Salam.

A paper authored by RS Khoiyangbam, assistant professor (environment pollution) at Manipur University, called for immediate remedial measures while arguing that the lake is showing signs of near total collapse.

Between 1990 and 2017, the LDA spent Rs 491 crore on restoration but with little ecological success, given that the Ramsar site is yet to be taken off the Montreux Record – a register of sites with altered ecological character.

The mistrust, meanwhile, between the authority and local communities is widening with an alleged absence of public consultation over the project.

The Loktak Protection Act describes people living in floating huts in the core zone as occupiers even as fishing is allowed. According to the LDA, there are 170 such units in the water body. On July 18, it gave a 15-day notice to people to vacate these huts or face eviction.

“We are just following the HC order that prohibits any kind of construction in the core zone,” said Bhagaton Singh. “Moreover, people have built toilets in these units and discharge waste in the water body.”

In a similar move in 2011, the LDA had burnt down illegal floating huts.

Ibohal Singh said the government will soon hold consultations with people. “We have recently appointed a consultant under Environment Impact Assessment for the ropeway. For the rest, we will begin soon.”

Public hearings are a must under the EIA which is a prerequisite for any development project larger than 20,000 square metres, according to Ritwick Dutta.

“On the notice, we are holding small meetings now to consider our next course of action. Maybe we will protest the move,” said a homestay owner at one of the islands in the lake.

Koinam Maipakchao Singh, president of the Loktak Floating Homestay Association in Thanga, said the project has evoked a mixed response. On the recent LDA notice, he said people will meet Thanga MLA Tongbram Robindro Singh for a solution. “We have met LDA officials three-four times in the last two months and even submitted dos and don’ts on waste management. These are self-imposed norms.” 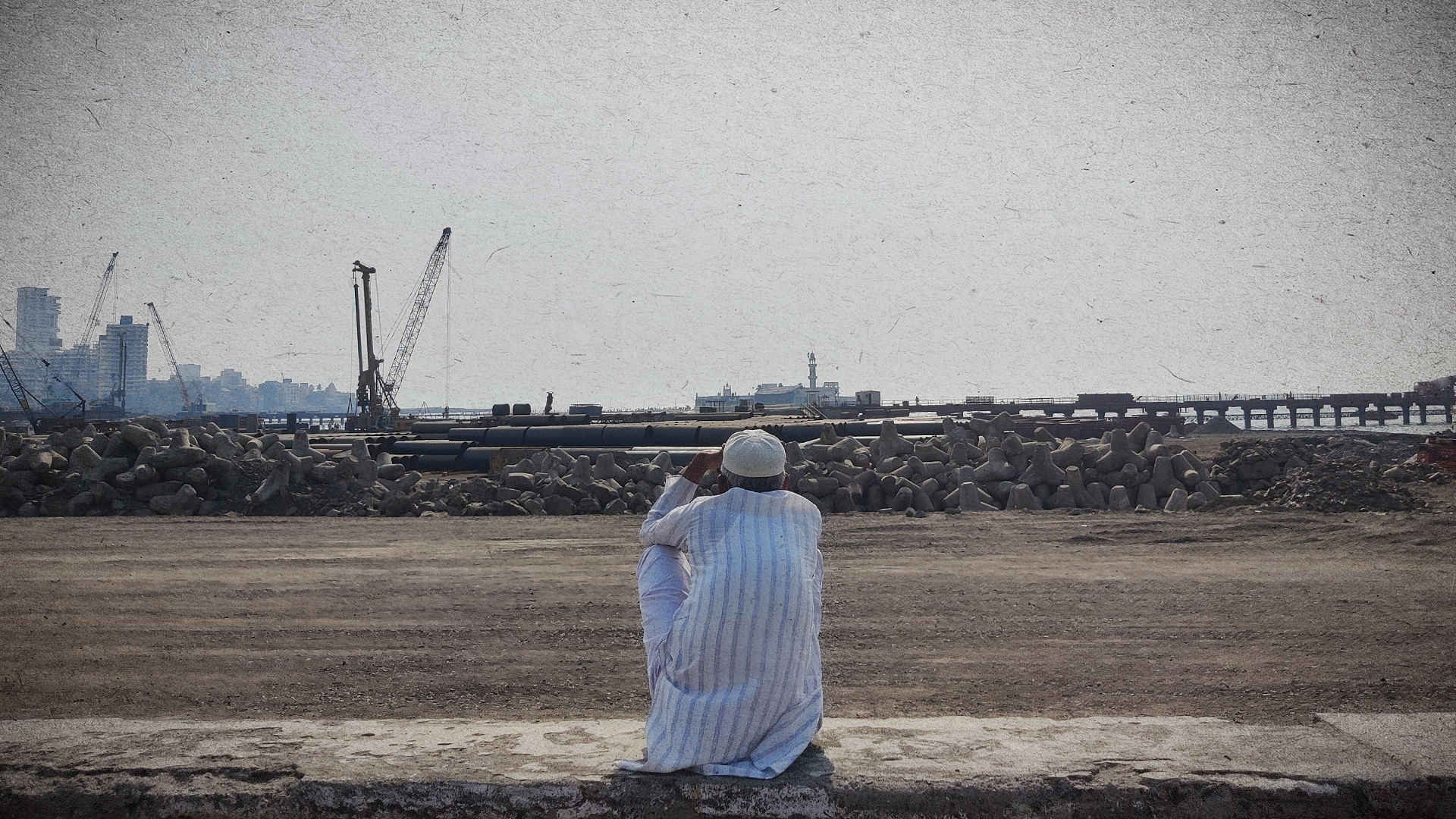 Is Mumbai’s Coastal Road worth the losses to livelihood and ecology?