‘To support halal is to contribute to terrorism’: Meet Ravi Ranjan Singh, crusader for ‘jhatka’ meat

This journalist turned chairman of the Jhatka Authority Certification believes it’s his calling to promote ‘dharam’.

“They threaten my identity,” said Ravi Ranjan Singh. “...Halal is not just meat, it is everywhere...These are economic black holes which lead to economic slavery. Non-Muslims are being deprived of employment. We will all be slaved.”

Singh is 50 years old, a resident of Delhi’s Mayur Vihar, a former journalist, and a champion for “jhatka” meat – where an animal is slaughtered instantly with a single stroke of a sword or axe. Preferred by Sikhs and some Khatiks in Punjab, it’s recently become part of a discourse pushing back against Islamic practices, such as halal meat.

And that’s where Singh comes in.

At a time when around 40 meat shops were closed in Delhi for Navaratri, Singh believes the halal industry results in “employment discrimination” – purportedly because it “only” employs Muslims from the butchering of the meat to its sale to a customer. A quick visit to Delhi’s INA market – which has literally dozens of meat shops run by Hindus and employing Hindus – says he’s wrong, but facts are not always facts for Singh.

“Every product in this world, every concept is halal,” he said. “They [Muslims] are forcing it on us.” This includes, according to him, hospitals, housing complexes, schools and airlines – all part of a halal nexus to keep non-Muslims out.

So, he founded the Jhatka Certification Authority in 2014 that aims to preserve the tradition of jhatka meat, which is “‘at the verge of extinction as traditional butchers are bulldozed by the meat mafia”, in Singh’s words.

Its website spells this out: jhatka is a “matter of Bharatiya honour”, “no alien food can be forced on Hindus/Bhartis”, and it pushes against “halal jihad” which is described as “insidious” and the “feeding of Muslim food/belief to defile ignorant or vulnerable Bharti”.

Through the Jhatka Certification Authority, Singh aims to spread awareness and also offer “certifications” to businesses that sell only jhatka meat. It should be emphasised that these “certificates” are not authorised or recognised by the municipal corporation of Delhi or the government.

But Singh has a benefactor of a different kind – Yati Narsinghanand, the head priest of the Dasna Devi temple in Ghaziabad. He’s frequently in the news for statements targeting the Muslim community. Singh shared the stage with him during the controversial Dharam Sansad in Haridwar in December and also Dasna Mandir in 2019, where Singh had talked about the importance of choosing jhatka meat over its halal counterpart.

“Swami Yati Narsinghanand gives me the platform to speak about jhatka and promoting non-Muslim religions all across the country,” Singh said. “We both work closely.”

He added, “His way of conveying messages might be wrong but I completely endorse his views.”

Importantly, Singh said he was also a litigant in the Ram Janmabhoomi case. “We wanted Ayodhya to be the holy city of India like the Vatican,” he explained, “and that’s what our fight was for.”

From journalist to activist

In a previous life, Singh was a journalist. According to him, he started his career with the Press Information Bureau in 1987. He then lived in the New York area for a year, purportedly working with NBC, before returning to India in 1989, when he started a news agency called ACMADIA in Delhi.

Newslaundry could not find any detail about “ACMADIA”, and Singh did not offer any further information.

By 2014, when he set up the Jhatka Certification Authority, he had abandoned journalism entirely to focus on bigger issues. The “authority” is registered as an association – though Singh frequently refers to it as an NGO – and charges small butcher shops a fee of Rs 2,500 to obtain their “certification”. Larger establishments are charged more, usually between Rs 20,000 and Rs 30,000 depending on how big they are.

“We are functioning at a capacity of 20-25 volunteers and about 2,000 certificates have been issued to both small and large enterprises throughout the country,” Singh said. “Fifty to 60 small enterprises hold this certification in Delhi alone.”

“These Muslims take away our business by selling halal meat at cheaper prices and we won’t step back,” he said. “I am Khatik and halal is against our tradition.”

“It is a misconception,” said Zuhaib Qureishi, who owns a meat shop in Delhi. “It depends on the shop owner as to how much profit he wants to make and price his meat at. I have been in this business for 12 years now and 90 percent of my customers are Hindu.”

Newslaundry also spoke to Lata Gangwal, a volunteer with Jhatka Certification Authority, to ask why she campaigns against halal meat. Gangwal’s work includes meeting with butchers and meat traders in the national capital region and “spreading awareness” about jhatka meat.

“Consumption of halal meat is injurious to health. Contrary to jhatka, this has been medically proven,” she said.

She offered no science to back up this claim.

Back to Singh. Since 2018, he’s also run the Live Value Foundation, which aims to “eradicate” halal from other sectors.

“There is halal in banking, housing, hospitals, medication, everywhere,” he told Newslaundry. “In fact, there are halal dating sites and halal prostitution as well.” He alleged that “halal schools, hospitals and others” also “take money” from non-Muslims and use it for their own purposes. “One should be Islamic compliant to avail their services,” he said.

As a result, he said, there is a “one-way traffic of money”.

“They use this money to promote Islam, terrorism and love jihad,” he said, referring to the conspiracy theory that Muslim men seduce Hindu girls with the sole purpose of converting them to Islam. “Why should I pay to get my daughter eloped?”

When asked how this works, he said all the information is “on the internet”.

Therefore, while the Jhatka Certification Authority focuses only on certifying meat, the Live Value Foundation provides “Maryada certifications” to non-meat enterprises. Newslaundry asked which organisations have been given this certificate, but Singh did not elaborate.

But at the end of the day, Singh said, both the authority and the foundation share a common goal – to promote non-Muslim religions over Islam.

“Earlier, it was hard to explain to people the importance of jhatka and why it is absolutely necessary to eradicate halalonomics,” he said. “In the past two years, it has become easier to educate people and we are growing stronger. We do not get help from the government actively, but they are lenient towards us.”

So, is his fight political? He smiled and said, “My only motive is to do dharam seva for my people until the end.” 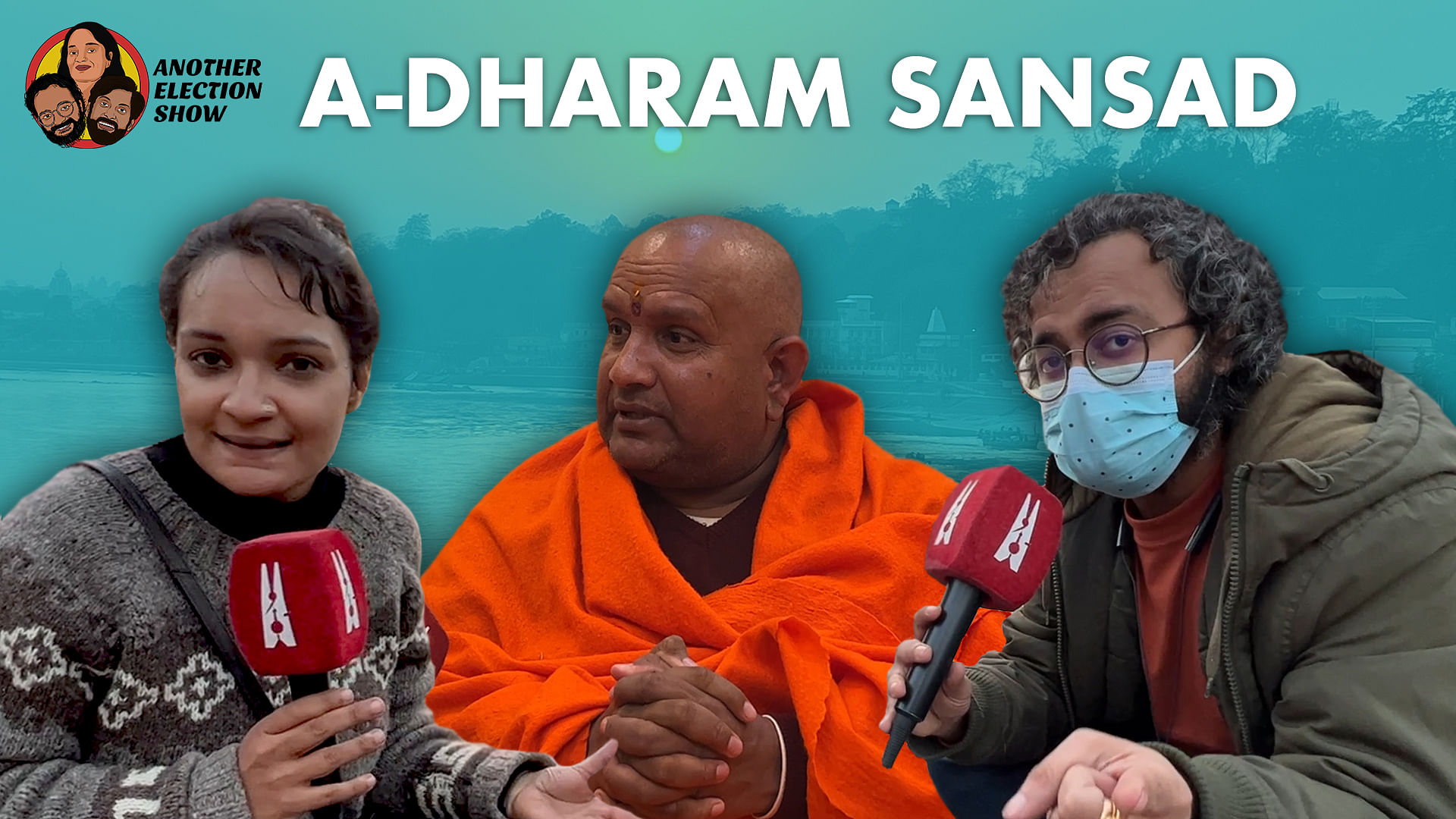 Another Election Show: Wondering what Hindu Rashtra would look like? Watch this