Through an indirect deal, the media arm of Adani Enterprises, led by Gautam Adani, the fourth richest person in the world, will acquire nearly 30 percent of NDTV’s shares over the next two days. The deal has kicked in an open offer, under which the Adani group is open to acquire another 26 percent of the company, making it the majority shareholder and squeezing out Radhika and Prannoy Roy, the founder-promoters who count among the most respected names in the television journalism industry in the country.

Once the process is over, Adani, who has enjoyed a decades-long relationship with Prime Minister Narendra Modi and seen his wealth sky-rocket in the last eight years of the BJP’s government, will become the owner of one of the most trusted news brands in the country.

Rumours of Adani acquiring NDTV have been doing the rounds for close to a year but they were dismissed by the Roys earlier. In September last year, NDTV said in a statement that the company was “not in discussions now, nor has been, with any entity for a change in ownership or a divestment of any sort” and the “founder-promoters, Radhika and Prannoy Roy, who are both journalists, own 61.45 percent of the company and remain in control of it”.

Regarding the “news reports” based on rumours, the statement mentioned that NDTV “cannot control unsubstantiated rumours, nor does it participate in baseless speculation”.

NDTV, in fact, sent a similar statement to the stock exchanges on August 22. It said that in response to a journalist’s request for comment on whether the NDTV’s founder-promoters were selling their stake held through RRPR Holding Private Limited, they responded that it was “a baseless rumour, and that Radhika and Prannoy Roy are not in discussions now, nor have been, with any entity for a change in ownership or a divestment of their stake in NDTV. They individually and through their company, RRPR Holding Private Limited, continue to hold 61.45% of the total paid-up share capital of NDTV”.

âThis is a baseless rumour. Radhika and Prannoy Roy are not in discussions, nor have been, with any entity for a change in ownership or a divestment of their stake in NDTVâ@ndtv clarification to BSE. So, has Adani made the open offer after a deal with Mukesh Ambani? pic.twitter.com/V6biWXDDT5

But the change in ownership, it turns out, might not have required a consultation with the Roys. At the centre of the deal is a shell company called Vishvapradhan Commercial Private Limited, or VCPL, which has had no assets in its 14 years of existence, apart from some debentures of RRPR, a promoter entity of NDTV. In 2009 Radhika and Prannoy Roy took a corporate loan of Rs 403.85 crore on behalf of RRPR from VCPL, granting it rights to 99.99 percent shares of RRPR if it wished.

Suparna Singh, president of NDTV Group, confirmed as much in a memo to the staff. “VCPL has acquired RRPR, which is a company owned by Radhika and Prannoy; it has 29% of NDTV. This acquisition was made without their consent or without any sort of notice. It rests on a loan agreement dating back to 2009-10. Radhika and Prannoy continue to hold 32% of NDTV.”

The company, she added, was “in the process of evaluating the next steps, many of which involve regulatory and legal processes”.

The VCPL loan to RRPR, as reported earlier, had come from subsidiaries of Mukesh Ambani’s Reliance Industries through a chain of transactions, which effectively meant that Reliance had considerable influence over RRPR.

The money VCPL gave to RRPR was loaned through Shinano Retail, a wholly owned subsidiary of Reliance. In 2012, Eminent Networks, owned by Mahendra Nahata, who sits on the board of Reliance Jio Infocomm, gave VCPL Rs 50 crore, while Shinano said it had got all of its Rs 403.85 crore back. VCPL’s latest filings with the registrar of companies for March 2021 shows that it still owed debentures worth Rs 403.85 crore to Eminent, even though VCPL was a wholly owned subsidiary of Nextwave Televentures, which is also linked to Nahata.

RRPR, named after the Roys, owns 29.18 percent of NDTV’s shares, making it the single largest shareholder. Additionally, Radhika Roy has 16.32 percent shares and Prannoy 15.94 percent in NDTV, individually. The Roys, along with RRPR, form the company’s promoter group, which owns 61.45 percent of the company’s shares, giving them absolute control.

But Adani upended the cart on Tuesday.

Adani Enterprises announced that it had bought VCPL from its owners, Nextwave Televentures Private Limited, Eminent Networks Private Limited, in an all-cash deal worth Rs 113,74,61,990, making VCPL a wholly owned subsidiary of AMG Media Networks Limited, which in turn is a wholly owned subsidiary of Adani Enterprises, it mentioned in a filing to the stock markets.

Sanjay Pugalia, the CEO of AMG Media Networks, said in a statement, “With its leading position in news and its strong and diverse reach across genres and geographies, NDTV is the most suitable broadcast and digital platform to deliver on our vision. We look forward to strengthening NDTV’s leadership in news delivery.”

Adani Enterprises announced that since VCPL owns warrants of RRPR, it has “exercised its right to convert 1,990,000 warrants into 1,990,000 equity shares of RRPR constituting 99.50% of RRPR’s equity share capital, by issuing what is known as a warrant exercise notice on Tuesday”.

RRPR has to allot 99.50 percent of its shares to VCPL within two working days now, after which AMG Media Network will become the owner of 29.18 percent of NDTV’s shares. As it gives Adani Enterprises over 25 percent of the company’s control, as per market regulations, AMG Media Network has announced an open offer. While it could have done with only 20 percent shares, Adani group has asked for another 26 percent of the shares from the public shareholders.

Adani has offered to pay Rs 294 per share in the open offer, which works out to Rs 492.8 crore for 26 percent shares. Assuming Adani does acquire these 26 percent shares, he will get a 55 percent stake in the company for a little over Rs 605 crore. NDTV’s share closed at Rs 376.55 on Tuesday, before the deal was announced. While the Roys together still hold around 32 percent of NDTV’s shares, which is more than what Adani will own through VCPL, Adani can wrest control from them by buying the shares in the open offer.

While the Roys have lost the 29.18 percent shares owned by RRPR, they can prevent a takeover by Adani if they can buy more shares from the public shareholders than Adani.

Adani's open offer means any NDTV shareholder beyond the promoter group can sell their shares to him. These shareholders include the two main Foreign Portfolio Investors in NDTV, namely LTS Investment Fund, which owns 9.75 percent of the shares, and Vikasa India EIF I Fund, which has 4.42 percent. Both these investors are Mauritius-based. Interestingly, of the LTS Investment Fund’s total investment of Rs 19,328 crore in 13 Indian companies, nearly 98 percent, or Rs 18,916.7 crore, is invested in four companies of the Adani group.

NDTV's shareholders also include 29,691 individuals who have each put in less than Rs 2 lakh, and 947 entities, which own 23.85 percent of its shares.

This is the second major investment of AMG Media Networks in the media space in the last few months. In May, it acquired a 49 percent stake in Raghav Bahl’s Quintillion Business Media Private Limited, for an undisclosed amount.

But Adani’s ownership of NDTV can lead to a tectonic shift in the TV news space. Even though it does not garner as many eyeballs as Republic TV, Times Now or India Today, NDTV is seen as one of the last few independent media platforms that continue to be critical of the government. The drastic ownership change to a close associate of Narendra Modi is bound to have a significant impact on the diversity of news that's available on mainstream TV news.

The ‘R’ word in the case against NDTV 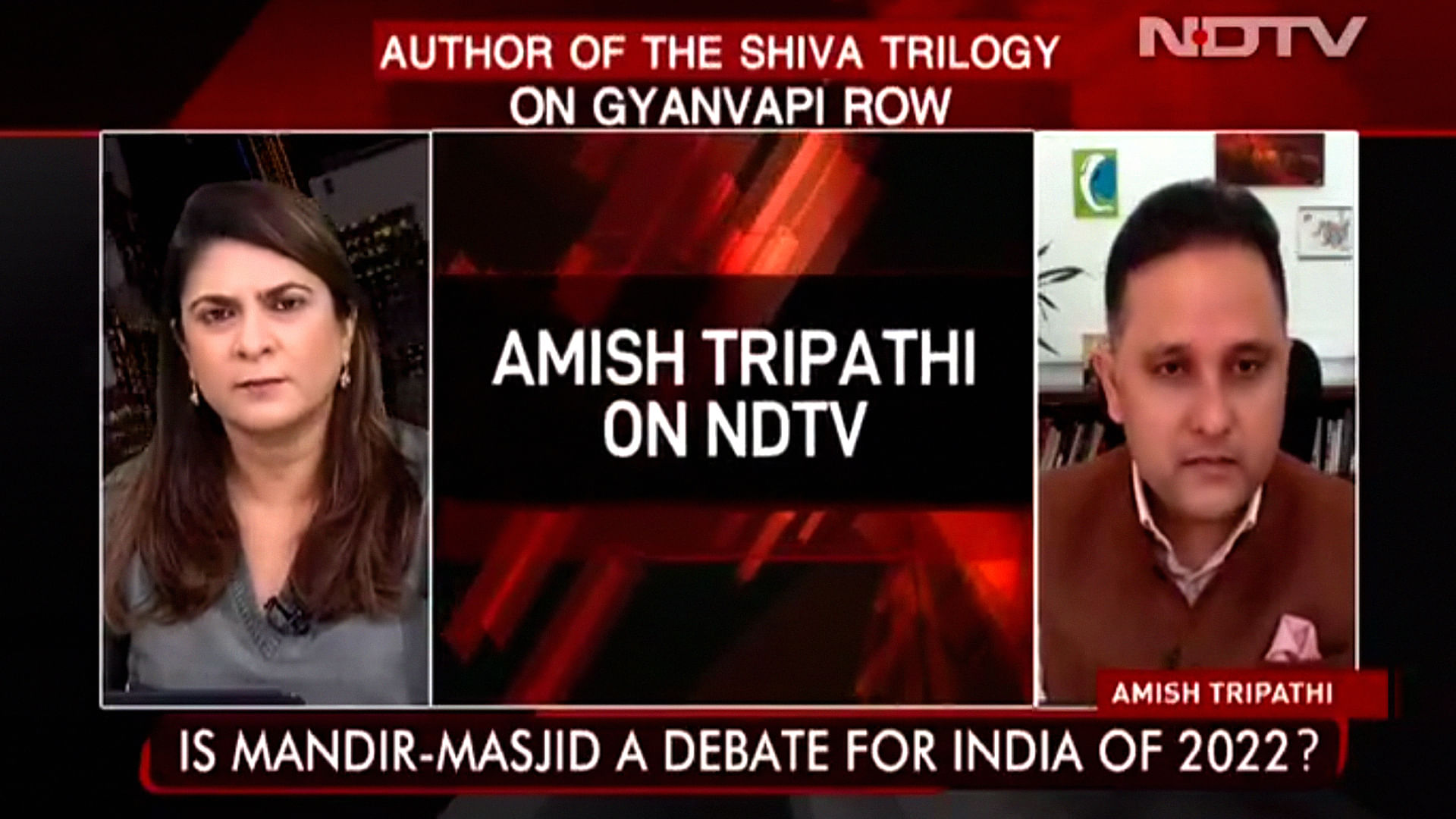