What does the CBI FIR say?

Facing CBI heat over Delhi’s excise policy, deputy chief minister Manish Sisodia on Friday poked the BJP for its “indecision” on the extent of the “scam”.

Before we scrutinise the extent of the alleged irregularities, first let’s see the excise revenue target set by the government.

When the now-scrapped policy was formulated, the Delhi government set a goal of earning Rs 9,500 crore a year in liquor licence fees and taxes by allowing private companies to open 850 shops in 32 zones. A state cabinet note dated August 2 stated that the Rs 6,720 crore came in the form of licence fee and VAT in 2021-22.

However, it does not give the break-up of how much of the total accounted for the months spanning November to March. (The policy was implemented from November 17 last year.)

In 2020-21, the excise revenue was Rs 7,039 against the target of Rs 8,911 crore. In the first quarter of the current financial year, the revenue tumbled by 37.51 percent to Rs1,485 crore against the budget estimates. The government cited two key reasons for the shortfall: court relief to several liquor vends in licence fees and prohibition on opening shops in non-conforming areas by the civic bodies.

Now, let’s look at various versions on the extent of the alleged scam.

In its FIR on August 17, the CBI made two mentions of “exchange of money”.

First, it accused Sameer Mahendru, managing director of Indospirit Group, of transferring Rs 1 crore into the bank account of Dinesh Arora’s Radha Industries. Data from the ministry of corporate affairs lists Arora as director or partner in at least 13 hospitality and entertainment companies. The Delhi BJP has also accused him of being a middleman.

A second mention of money in the FIR also involved Mahendru. It said: “A person named Arjun Pandey has once collected huge cash amount of about Rs 2-4 crore from Shri Sameer Mahendru on behalf of Shri Vijay Nair.”

Nair, who has reportedly been associated with the AAP’s poll campaign and social media strategies, is the founder of Only Much Louder, an events management company, and is linked with three other companies. Nair is also credited with organising marquee music festivals and comedy shows.

Atishi was not available for comment while Pandey did not reply to Newslaundry’s message.

Notably, Buddy also participated in the bidding process for the airport zone and emerged the fourth highest bidder with an offer of Rs 144 crore.

The government later returned a Rs 30 crore deposit to Pixie, which allegedly violated the excise rules. However, Sisodia said Buddy was granted the licence after it matched Pixie’s offer.

According to a letter from chief secretary Naresh Kumar and a report by the directorate of vigilance, the return of Rs 30 crore violated the Excise Rules. The vigilance report on August 4 alleged that excise officials on July 8 last year quoted an incorrect subsection from the rules to return the deposit.

The latter subsection mandates that if successful bidders fail to get approvals from other authorities, their deposit will be forfeited. On the other hand, section 48(10) provides for the deposit return to unsuccessful bidders.

“This resulted in undue benefit to licensee and loss of about Rs 144.36 crore to the public exchequer,” wrote the chief secretary in July.

The vigilance report objected to the percentage of the waiver. It said that even the 24.02 percent waiver was higher than the liquor sale drop of 21.60 percent.

The report also alleged that the government overruled the accounts department’s suggestion that the waiver should not be more than the reduction in sale.

In its defence to the vigilance department, excise officials said: “The economy was in shambles [during the Omicron wave]. As a responsible government, Delhi government provided a series of direct and indirect relief to several sections of the society.”

After the CBI raid at his house on August 19, Sisodia called these estimates nonsense.

Other ‘losses’ to exchequer

The vigilance report said the excise department in January reduced the number of dry days from 23 to just three for the year 2022. This, the report alleged, resulted in undue benefit to licensees after the tender process and loss to the exchequer. The Delhi BJP claimed the government could have quoted a better price for licences if it had made it part of the tender guidelines. The report also said the decision was taken without the approval of the lieutenant-governor Anil Baijal. The government defended the move saying that since 2019, the decision on the number of dry days has been taken by the minister in charge.

The chief secretary’s letter took exception to the government’s decision to remove a levy of Rs 50 per case of beer in November last year without Baijal’s nod. The vigilance department said the post-tender move benefitted only retail vendors without adding more revenue to the government.

A 2012 batch IAS officer of AGMUT cadre, Krishna had served in the Andamans, Mizoram, Puducherry and even as deputy commissioner of the erstwhile North Delhi Municipal Corporation. In 2017, he received the PM award on behalf of the North and Middle Andaman district administration.

The vigilance report alleged that officials took decisions without getting clearance from the LG and some of them were “arbitrary”. The CBI FIR alleged that the three were “instrumental in recommending and taking decisions pertaining to excise policy for the year 2021-22 without approval of competent authority with an intention to extend undue favours to the licensees post tender”.

The FIR also named a former employee of a global wine and spirits seller, four directors of liquor companies that were given licences, and two firms. 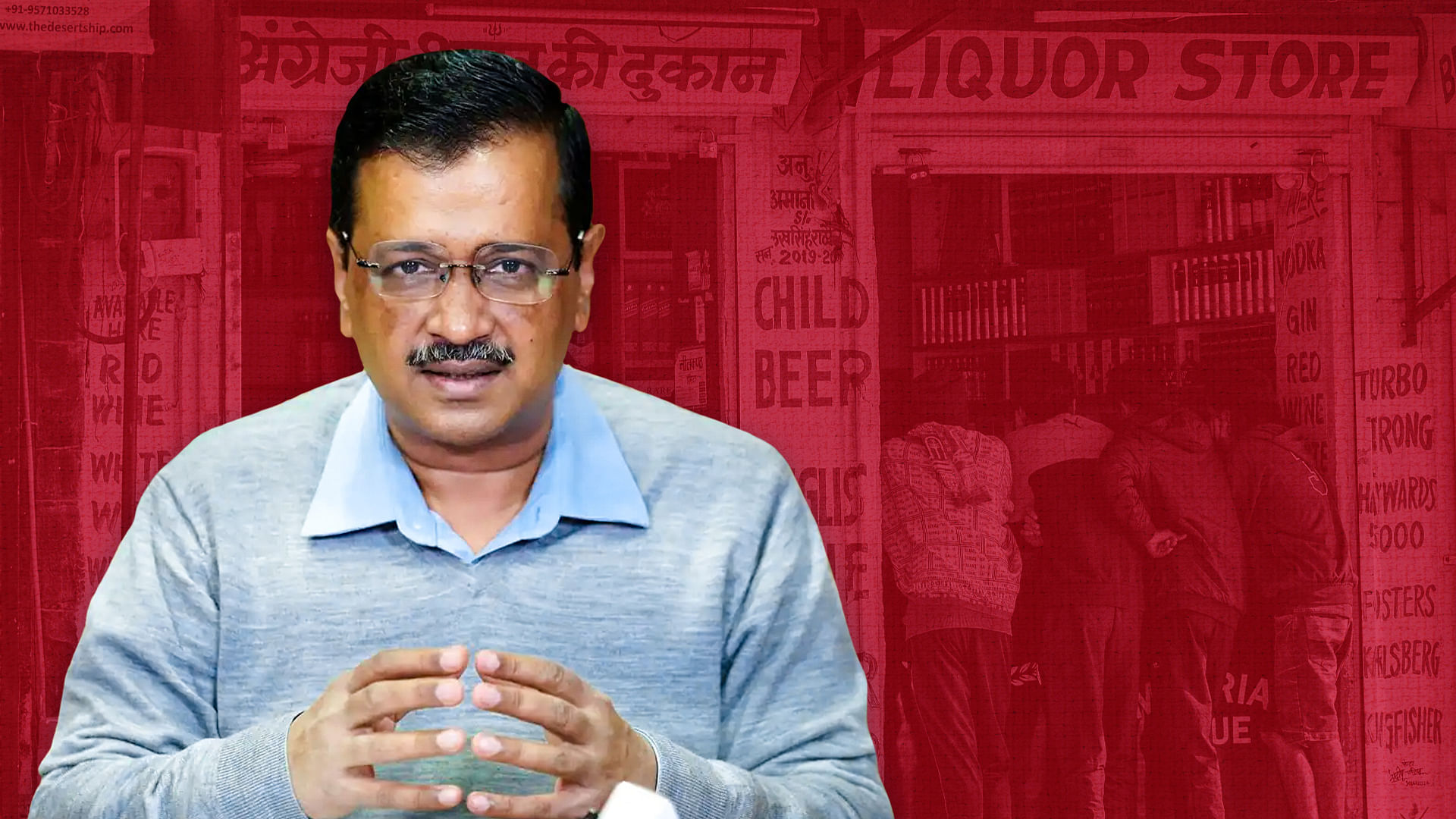