UNI news agency is dying a slow death. Who is to blame?

Six decades ago, eight leading media outlets came together to counter PTI monopoly. But a slow rot is turning fatal.

In 1959, eight of India’s biggest newspapers came together to launch a news agency to break the monopoly of the Press Trust of India. Six decades later, United News of India is on ventilator support. Salaries of permanent staff have gone partially unpaid for five years, company properties lie seized, and court cases against the agency keep piling up, the latest being an insolvency suit.

It has been a slow death, caused by gradual decline in subscriptions since 2006 and continued internal resistance to potential deals that could bring in much-needed funds. The fatal cut ostensibly was the state broadcaster Prasar Bharati quitting UNI, in late 2020, wiping out lakhs in monthly revenue.

Now the news agency is facing an insolvency case by its employee union. The suit demands UNI pay dues worth Rs 103 crore to its workers, including salaries of current staff and wages, gratuity and provident fund arrears of former employees. The non-payment of full salaries has been a problem ever since shareholders started unsubscribing, one by one, in 2006.

Unlike its chief competitor PTI, UNI hadn’t made it compulsory for its shareholders to be subscribers, a decision that most of the agency’s stakeholders now seem to regret. Of UNI's paid-up capital, the largest shareholder is the ABP group, which owns 19 percent. Aveek Sarkar, vice-president of the group (and present chairman of PTI) owns 11 percent in his personal capacity.

“First the salaries started coming in 35 days late instead of 30, then 40, then 45. It got worse and worse over the years. Currently, we’re waiting for salaries of the past 60 months,” said Mohanlal Joshi, who has worked at UNI for 35 years. He’s one of the news agency’s 340 employees, 100 of whom were recently hired on fixed contracts.

The permanent staff allege that the new contract workers are paid on time while their salaries are neither timely nor paid in full. They claim to have been receiving only Rs 15,000 every month, on no fixed date, for the last five years, irrespective of the promised salary.

The demand notice for the insolvency case, filed by the employee union on April 28, cites an independent audit report for 2020-2021 stating that Rs 97 crore of UNI’s debt of Rs 103 crore was what it owed employees in unpaid and deferred dues. The debt, the union alleged, was a result of “poor management” and “complete neglect and apathy of the shareholders”, and the non-payment of dues was “in violation of the basic dignity of the permanent employees who have given their sweat, blood, and tears to the corporate debtor company and have worked diligently and suffered silently for past 60 months”.

In its reply to the demand notice on May 12, the news agency claimed that it “owes no debt” to the union. The case is likely to be heard in the National Company Law Tribunal this week.

The insolvency case has been filed by the UNI employees’ union in Delhi, led by Rajesh Puri, who heads the news agency’s IT department. “We do not see justice anywhere,” he said when asked about the suit. “But we have to try.”

How did it come to this for one of India’s leading news agencies?

The first signs of decay were seen after the notification of the Manisana wage board recommendations in 2000, which paved the way for substantial increase in salaries at media outlets. To cut losses emanating from Manisana, and later Majithia, several news organisations discontinued their subscriptions.

UNI suffered a big blow when Prasar Bharati withdrew its subscription in October 2020.

“UNI was started in order to eradicate monopolistic approach. The role of the government in keeping this going is crucial. But the government has a different approach. Hindustan Samachar is getting preference because it mirrors RSS ideology. We are paying the price for an independent ideology,” claimed a member of the news agency’s management who asked not to be named because they weren’t authorised to speak with the media.

Prasar Bharati paid around Rs 6 crore per annum as subscription fees to UNI.

In April, UNI also lost the monthly subsidy of Rs 17 lakh from the National Council for Promotion of Urdu Language – an autonomous body under the union education ministry that acts as the principal monitoring authority for promotion of the Urdu language. The subsidy was financial aid for Urdu newspapers with small and medium circulations to get the UNI service at 50 percent of the cost. In April, the council informed UNI that it was widening the subsidy scheme to include other news agencies, and no subsidy will be provided until a final decision is made.

The cancellation of the subsidy resulted in several Urdu newspapers pulling their subscriptions from UNI, which has been the first and only news agency providing Urdu news with the launch of UNI Urdu Teleprinter Service in 1992.

With the subsidy gone, UNI has now lowered its subscription prices for some Urdu newspapers, further cutting into its revenues.

In 2006, UNI got an offer that could have bailed it out of the financial mess it would find itself in soon enough: Essel group chief Subhash Chandra, via his investment vehicle Mediavest, bought a 51 percent stake in UNI for Rs 32 crore by securing the highest bid.

UNI had needed the money to tackle its competition after struggling with the impact of the wage board recommendations and the gradual dip in subscriptions.

But fearing that Chandra would take full control of UNI or use it to the unfair advantage of his Zee media empire, some of the shareholders, including ABP and the Hindu, filed a case with the Company Law Board. They argued that Essel was an investment company and not a newspaper – shareholding is restricted to newspapers – and would only expect a return on its investment, defeating the founding principle of the news agency.

Chandra’s purchase was declared null and void, and the Company Law Board said that it was now the responsibility of the UNI board, especially the petitioners, to find ways and means to mobilise funds.

According to sources in UNI, while most of the shareholders do not seem interested in saving the news agency, the rest are holding up potential deals. Newslaundry learnt that there have been offers to buy stakes in UNI but the shareholders have resisted them.

The shareholders have been at a disadvantage from the start as they could not share any profit with the company registered as a non-profit organisation.

One of the shareholders, speaking on the condition of anonymity, said UNI was not a “healthy company”.

“If we manage to get Rs 25 crore in capital, we can turn it around. But whoever is willing to give so much money will want control of the company, which the shareholders do not want,” a member of the management told Newslaundry on the condition of anonymity. “To run the organisation we have to make it good. Because to sell the product, you need to have a product.”

Several UNI staffers and members of the management Newslaundry spoke with said it would help a great deal if the shareholders themselves subscribed to the news agency’s services. The subscription rates range from Rs 10,000 to Rs 7 lakh per month, depending on the newspaper’s circulation.

“The shareholders don't want to put in any money nor do they want new investment. So what do they want? Most of them are not interested. They just want to have stakes in the company without any responsibility or accountability,” said another member of the management.

Ajay Kaul, who was hired as the editor-in-chief last June after nearly two decades at PTI, told Newslaundry the news agency was “adding subscribers on a daily basis” but the revenue was still less than their expenditure.

“We just signed on a prominent, national, Hindi TV news channel,” said Kaul. “Our effort is to increase revenue so that we can take care of the problems. We are trying to find a pragmatic and practical solution. We can pay the employees in instalments.”

Kaul, whom Sagar Mukhopadhyay, chairman of the board of directors, had described as “the obvious choice” to lead the UNI newsroom after he was appointed, insisted that the quality and quantity of the news agency’s coverage had improved over the last one year.

How? “Aggressive coverage, breaking news, and keeping the morale of the employees,” he said.

While employees claimed there have been over 100 cases against UNI over non-payment of dues, Kaul said they were in talks with 32 former employees to agree on a final amount and would reach out to more employees. He said when courts order UNI to pay the pending dues in full, they often have to show their balance sheet to say that it would not be possible.

“Salaries not being paid for so many months affected the morale of the journalists and led to a deterioration in the quality of our work. Earlier, there would be exclusive stories, but then that stopped. By the time I left, it was just the trending stories being covered,” said Jahangir*, who retired from UNI after 14 years.

The salary delays meant that employees never had enough for a rainy day. Jahangir said when his brother got sick a few years ago, he could not provide him the kind of care he wanted. “I should have left sooner, but I delayed my departure. I thought that once the director changed, maybe there would be some change,” he said.

Mukhopadhyay told Newslaundry the board was committed to reviving UNI, but needed the cooperation and consent of the shareholders.

“There is perhaps a mistrust factor because of the past,” he said, referring to the abandoned deal with the Essel group. “But for us the interest of UNI is paramount. We understand and empathise with the past and existing employees but unless the organisation is taken care of, no one will benefit.”

Mukhopadhyay said when he and fellow directors came on board, their objective was to turn around the company and “restore UNI’s glory”.

“We studied the business model and scripted the revival plan. We thought that UNI could also benefit from us as other shareholders were from media organisations but we have media as well as a strong management background. We were very keen on investing in UNI’s growth,” he added.

The board is planning to hold the annual general meeting soon and give it a “last shot”. They plan on convincing the shareholders once again to allow potential investors. In the meantime, they have been offered a loan by Manipal. Mukhopadhyay said that would connect with the shareholders individually besides addressing the issue at the upcoming meeting.

Update on Sept 12: This report has been updated with further details on ABP’s shareholding in UNI. 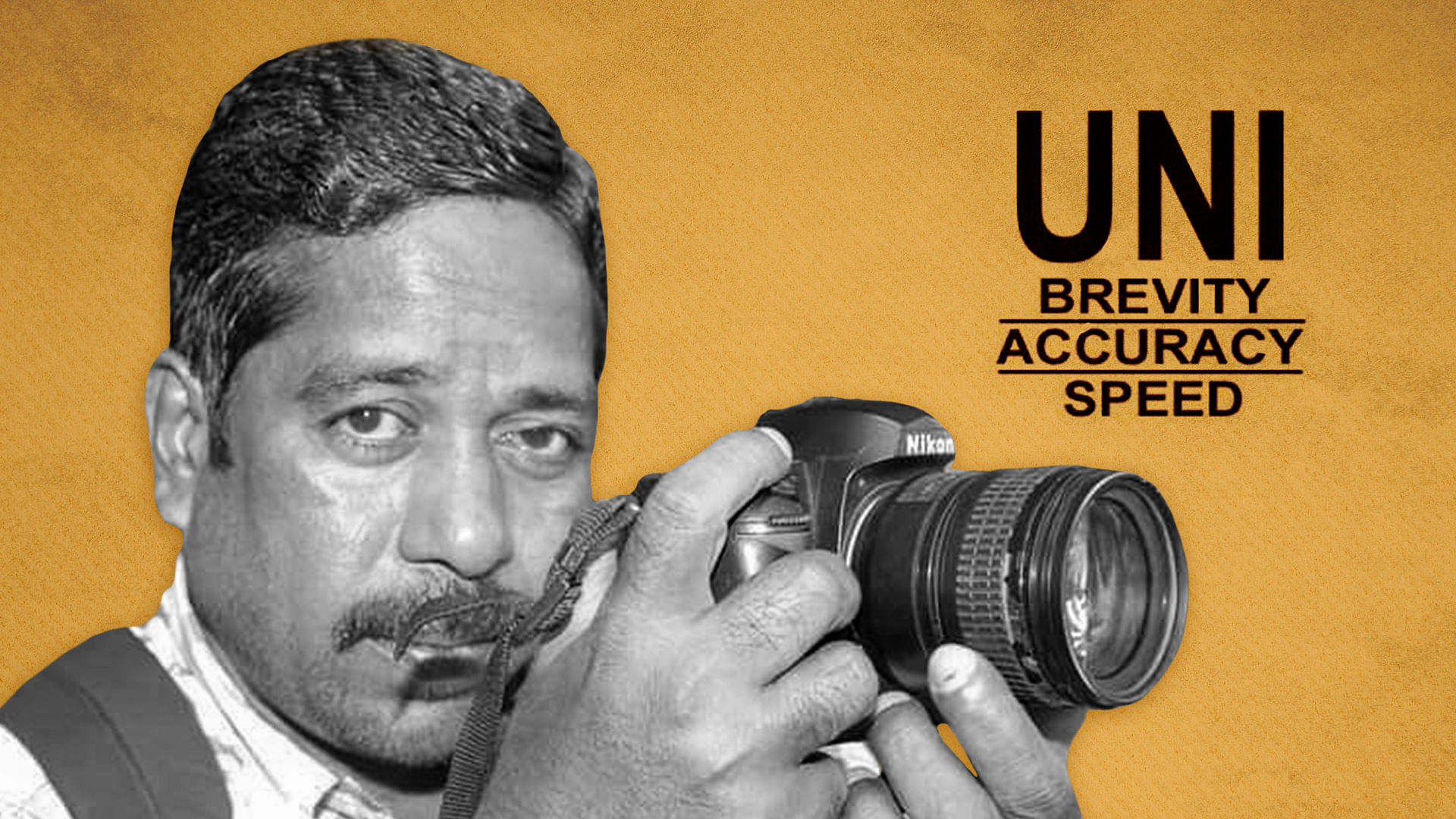 Prasar Bharati follows through on its threat, ends PTI and UNI subscriptions