‘Media’s lies surpassed even those of cops’: Umar Khalid tears into coverage of his case

The jailed activist said the media is shaping the majoritarian collective conscience even before any court of law takes up his case.

Responding to an open letter to him, jailed activist Umar Khalid has torn into media coverage of his bail proceedings, saying the “lies of the media have far surpassed even the lies of the police” and are “shaping the majoritarian collective conscience” even before “any court of law takes up my case”.

The open letter to Khalid was penned by Rohit Kumar, an educator, who received a response from the activist on Monday. Both the letters were published by the Wire. The letter comes three months after the National Broadcasting and Digital Standards Authority objected to how some TV news channels covered Umar’s prosecution.

Khalid is facing charges under India’s anti-terrorism law, the Unlawful Activities Prevention Act, for allegedly inciting violence during the 2020 communal carnage in Delhhi. The former student leader has disputed the charges and accused the news media of all but declaring him guilty even before the trial had started.

Khalid, behind bars since September 2020, said what the media was doing couldn’t be called reporting “by any stretch of imagination”. “They are cherry picking arguments, even manufacturing outright lies to suit their predetermined narrative,” he wrote. “They are trying to paint me as guilty in the court of public opinion. Even before any court of law takes up my case for hearing/trial. And by doing so, they are shaping the majoritarian collective conscience.”

The former JNU student said the media has reported on his bail proceedings “very selectively”. “When my lawyers argued, they mostly did not report our submissions, or if for a change they decided to be too kind to me on some days, they consigned it to a small obscure column on page 5 or 6 and with the most banal headlines. But the public prosecutor’s counters were front-page news, presented in a manner to sound as if those were the court’s observations. And on such occasions, they even dug up some dark photos of mine to complement their sensationalist headlines.”

Khalid noted that “warning those who have been waylaid by propaganda away from it is quite difficult, especially when the propaganda is ceaseless”.

“Over the last two years that I have been jailed, the newspapers (the only source of news here) have intermittently reported on my case. The English newspapers have tried to maintain the pretence of objectivity, but most of the Hindi newspapers – which over 90 percent of the prisoners depend upon for their daily dose of news – have thrown all journalistic ethics to the wind. They are pure poison.”

Citing examples, he wrote, “One morning, a newspaper headline in a Hindi daily screamed, ‘Khalid ne kaha tha bhashan se kaam nahi chalega, khoon bahana padega’ (‘Khalid said speech not enough, blood must flow’). Not only did the main report not substantiate this grand claim made in the headline, but it did not even care to give a perfunctory disclaimer that this is an unproven allegation, yet to be brought to the scrutiny of the court. No quotation mark used, not even a question mark! Two days later, the same newspaper came up with a headline even more sensational than the previous one, ‘Khalid chahta tha Musalmanon ke liye alag desh’ (‘Khalid wanted a separate country for Muslims’). What they implied was riots in the trans-Yamuna area of New Delhi, in which most of the killed were Muslims themselves, would lead to the creation of a new country for Muslims, truly tragic-comic. I didn’t know whether to laugh or cry. How do I persuade those who are consuming this poison every day?”

The jailed activist also mentioned fake news targeting him. “On an earlier occasion, another Hindi daily claimed that I have ‘confessed’ to the Delhi police about my involvement and role in the Delhi Riots. I have on record submitted to the court twice that during my police custody, I made no statement to the police, nor did I sign any paper. What then was the source of the ‘news’?”

Khalid also mentioned that sections of the media “conjured” details without checking “the most basic facts”.

“One news report (again in a prominent Hindi daily) claimed that to leave no stone unturned in inciting the riots, I secretly met Sharjeel Imam in Zakir Nagar (New Delhi) on February 16,  2020 –  a week before the riots broke out. In reality, on the night of February 16, 2020 – and even the police would attest to this – I was 1136 kms away from Delhi, in Amravati, Maharashtra. And Sharjeel Imam on that night – nobody can dispute this either – was in Tihar jail, as he had been arrested about 20 days earlier in a different case. It seemed that the esteemed journalist who conjured all this up did not care to check even the most basic facts.”

“In India today, truth is no longer what actually transpires, but what reaches the people. More than anything that I tell them, it is these headlines that leave a far deeper impression on people’s minds. Over the last two years, I have observed the almost irrational belief people have in the printed word over, to use your expressions, ‘evidence of their own eyes’. Must be true since it is in the papers. ‘Kuch to kiya hoga. Poora jhooth thode likh denge’ (‘He must have done something. Surely they wouldn’t publish only lies’).”

The activist rues that “purveyors of hate and falsehood have so many resources – money, pliant 24×7 news channels, lots of them, troll armies, and the police too”. “How do we fight against this monstrous machine of lies and falsehood?”

“Lots of people far more privileged than me who were together in this fight against fascism, in the movement against CAA-NRC-NPR, today choose to remain silent when I am singled out for these lies. It makes you feel unwanted. It makes you feel a stranger in your own land. The only thing I find succour in in such moments is the realisation that none of this is personal. That my persecution and isolation is symbolic of something larger – the persecution and isolation of Muslims in India right now.” 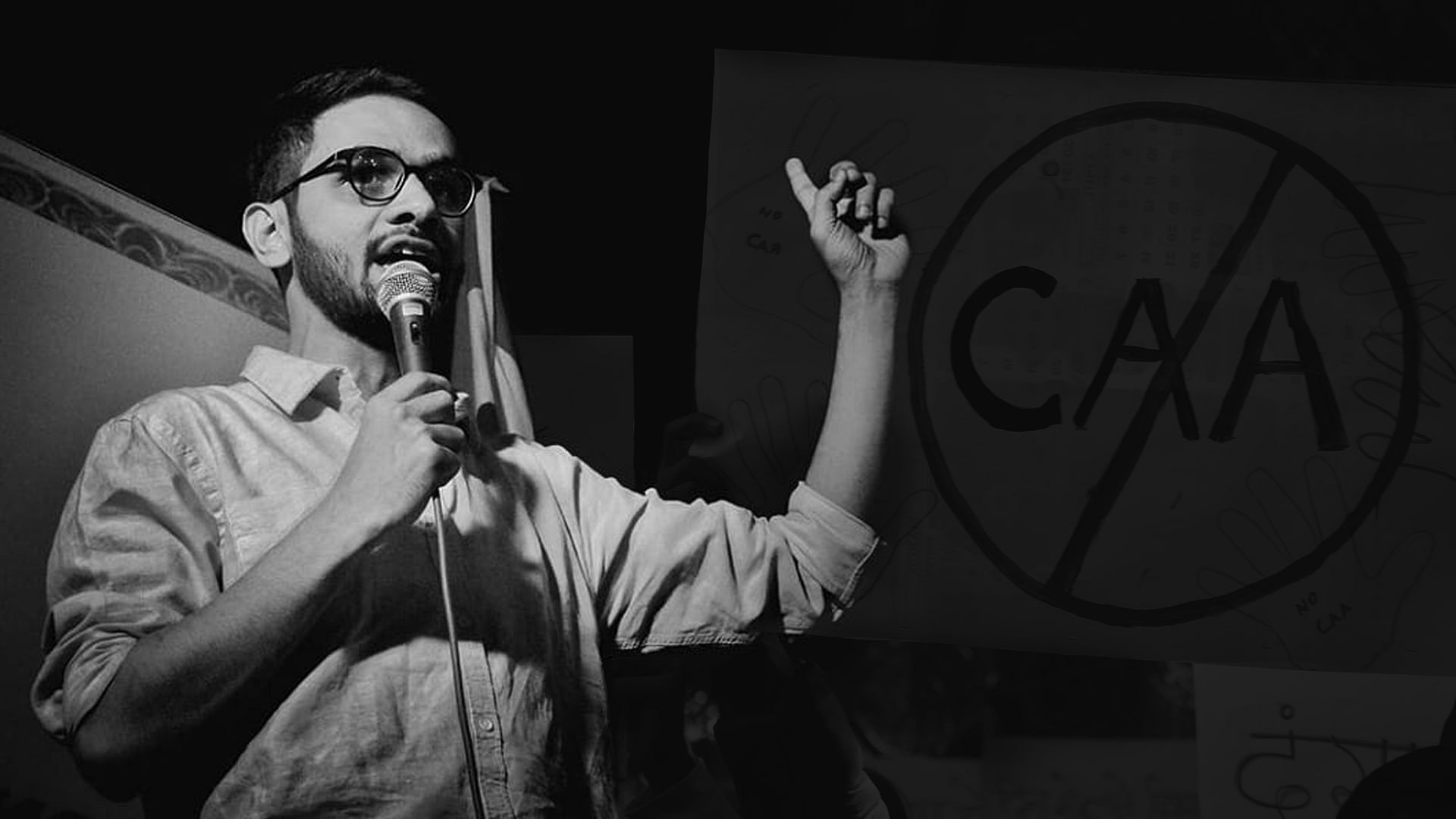