Shaheen Kausar was one of nearly 30 men and women held in Delhi on Tuesday.

Shaheen Kausar, a face of the Shaheen Bagh protest against the Narendra Modi government’s contentious new citizenship law, was among several dozen activists detained in the second round of nationwide raids on the Popular Front of India early Tuesday.

Kausar, who runs a school in Shaheen Bagh, was one of 30 men and women detained from Delhi’s Jamia Nagar, Nizamuddin and Rohini. She was linked to the PFI’s political arm, the Social Democratic Party of India.

Similar raids were carried out in Madhya Pradesh, Karnataka, Assam, Delhi, Maharashtra, Telangana, and Uttar Pradesh. In the first round of raids, led by the National Investigation Agency, at least 22 people were held in Kerala, 20 each in Karnataka and Maharashtra, 10 in Tamil Nadu, nine in Assam, eight in Uttar Pradesh, five in Andhra Pradesh, four in Madhya Pradesh, three each in Puducherry and Delhi, and two in Rajasthan.

The PFI has been accused of funding terrorism, providing weapons training to Muslim youth and radicalising them to join terrorist organisations. Senior functionaries of the group as well as their families have denied these allegations and alleged a witch-hunt.

In an internal report in 2018, the NIA alleged that the PFI was trying to communalise Indian polity and preparing its members for violence.

Anis Ahmed, the PFI general secretary, has described the case against the organisation as “fabricated” and an example of vendetta.

The families of the men and women taken away on Tuesday expressed shock over their detention as well as the manner in which it happened.

“My son is innocent. There was no complaint against him. Ab koi sunwaayi nahin hoti is mulk mein,” said Waqar Ahmad, whose son Shoaib Ahmad was among those taken from their homes in Shaheen Bagh. “There was no notice. I don’t understand why this is happening.”

Waqar, who is in his 40s, is a property dealer. His phone was seized by the police during the raid.

Shoaib is an undergraduate student at Delhi University’s Zakir Hussain College, and according to his family, was not associated with PFI in any way.

“I woke up due to noise outside our house, and noticed so many police personnel banging on our door. They took away his books, his laptop, his phone. They didn’t tell us why they were taking him away. There are so many disturbing thoughts about the safety of my son. He never did anything wrong,” said Mumtaz, Shoaib’s mother.

The family is trying to get legal support to approach the police.

On social media, Shoaib would post about the National Confederation of Human Rights Organisations, NCHRO, an umbrella body of human rights groups which Hindu nationalist commentators allege is linked to the PFI. The NCHRO secretary general, P Koya, and secretary A Mohamed Yusuf, were among those held in the mass arrests of alleged PFI members last week.

“There is nothing incriminating about it. Unfortunately, even public intellectuals and liberals don’t express solidarity now when they just see a PFI label,” said a friend of Shoaib’s who asked not to be named.

The NCHRO didn’t respond to questions about the arrest of its top leaders and Shoaib’s alleged association with it. This report will be updated if we receive a response.

N Ahmed, a resident of Shaheen Bagh, witnessed the midnight raids though he did not step out until “they were gone”. “There were 20-25 uniformed police personnel and three in civvies. I noticed multiple teams.”

A PFI functionary who did not wish to be named said, “The entire top leadership across India as well as the cadre in Delhi have been picked up. Even we aren’t aware how many people were arrested on Tuesday. There is chaos and everyone is tight-lipped, lying low. This is nothing but dictatorship.”

Sources in the PFI said a statement would soon be issued to the media.

The Delhi Police PRO did not respond to requests for comment by Newslaundry. This report will be updated if we receive a response.

The news agency ANI, however, quoted the Delhi police as alleging that those detained on Tuesday were planning a “nationwide violent protest”.

There has been speculation that the union home ministry is set to ban the PFI under the Unlawful Activities Prevention Act.

There have been demands from the governments of Uttar Pradesh and Karnataka for the organisation to be banned. Jharkhand went a step further and banned the group in 2018 alleging that its members were “influenced” by the Islamic State. But the ban was struck down by the state’s high court. A PIL filed in the Madras High Court seeking a ban on the “radical” outfit was also dismissed.

In July, it was reported in the media that a resolution against the PFI was passed at an interfaith meeting led by National Security Advisor Ajit Doval.

However, Maulana Salman Nadwi, a prominent Muslim cleric who was at the meeting with Doval, later said they weren’t aware of any such demand and denied that such a resolution had been passed with their consent.

“I was just told that it is an interfaith meeting. PFI was never on the agenda,” another prominent Islamic scholar who did not wish to be named told Newslaundry.

Update: In a statement released Tuesday evening, the PFI said that the “drama” of arrests and raids, by “servile tools in the hands of the Hindutva regime at the centre”, was “intended to generate terror” among people about the legally and “transparently functioning organisation”. It said there was no need to call this a “crackdown” as those linked to the PFI have “always responded positively to the summons of the agencies”. The organisation also said the arrests were not based on the raids or any incriminating evidence.

“They couldn’t find any incriminating documents or evidence from the raids that were conducted after arresting the leaders” and “certain gadgets and pen drives of the school-going children of the leaders were said” to have been found, besides “publicly circulated brochures and booklets”. 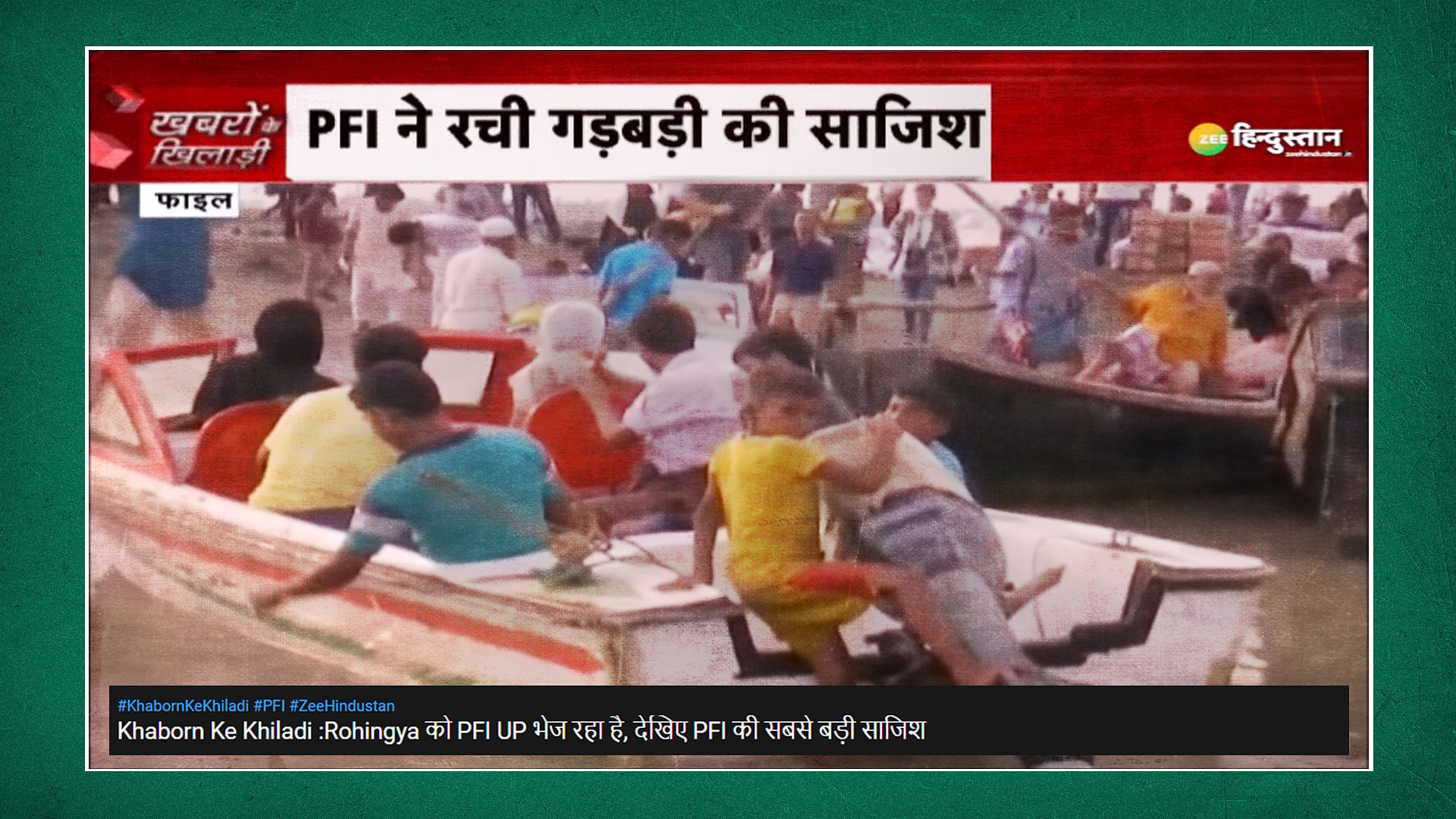