A question of judgement: Lessons for independent media from the Meta-Wire affair

On editorial failures, excessive police action, and roadmaps for the future.

The Meta-Wire affair, as it has come to be called, has thrown up many questions that touch on editorial processes, the survival of independent media, and the response of the state to criticism.

The Wire, an independent digital news portal, has publicly admitted that it erred in running a series of stories that implicated tech giant Meta, which runs Facebook, Instagram and WhatsApp. The stories made the false claim that Meta gave Amit Malviya, the head of the BJP’s IT cell, the right to directly take down posts on Instagram that he finds offensive.

In its apology on October 27, the Wire acknowledged that the “internal editorial processes which preceded publication of these stories did not meet the standards that the Wire sets for itself and its readers expect from it.” However, it did not issue an apology to Malviya or Meta. Two days later, Malviya filed a case against the Wire for cheating, forgery, criminal defamation and criminal conspiracy. The Delhi police followed this up with raids on the homes of the Wire’s editors and its office.

In the meantime, the Wire has also filed a case against its researcher Devesh Kumar for “forgery and fabrication”.

The most obvious questions that arise are about the Wire’s editorial processes. The platform is run by three experienced editors: Siddharth Varadarajan, MK Venu and Sidharth Bhatia. How could they have allowed these stories to run in the first place? Why were they not put through the kind of rigorous editorial scrutiny expected of investigative stories that name a specific individual and an institution? Given that Devesh Kumar, who investigated these stories and lined up the so-called “evidence”, was not a journalist but on contract to the website for tech input, why did the editors buy his story without double-checking every detail?

The Wire’s editors have still to provide adequate answers to these questions. In their statement, they also admit that an obvious learning from this incident is that the “editing process for any investigative story should involve multiple layers of editors. We are instantly putting in place appropriate protocols to ensure this happens.”

But such an editing process for investigative stories is a standard practice in any respectable publication. Why did the Wire not have this in place earlier?

Any editor ought to know that a story that implicates an individual – in this case a person who belongs to a powerful political party – must be handled with even greater rigour because of the possibility of a criminal defamation case. This does not mean that you cannot, or should not, take on the powerful. In fact, the phrase “speaking truth to power” means precisely that the media must be prepared to take on the risks involved in exposing the wrongdoings of the powerful. But such reporting comes with a cost.

If there is even the slightest doubt, the axiom “when in doubt, leave out”, that we are taught as journalists, is the best one to follow. This is even more pertinent today as technology has allowed the proliferation of fake news to such an extent that even people who are not particularly tech-savvy are able to manipulate information and visuals and put out false narratives. Today, the gatekeepers in the media need to be even more sceptical and cautious when offered “scoops” that expose the powerful. Given that the Wire does not have the funds to fight protracted legal cases, it is unclear why such precaution was not taken. Besides, this is the least a journalistic organisation must do to retain credibility if it positions itself as an independent news organisation.

Apart from questions around the Wire’s journalistic processes, there is more that needs explaining. Although Malviya filing a case against the Wire after its first story was almost a given, the Delhi police’s response to conducting “raids” on the Wire office and the homes of its founding editors, as well as deputy editor Jahnavi Sen and head of business Mithun Kidambi, came across as excessive. As several lawyers have pointed out in this report, the police could have summoned them and asked them to surrender their electronic devices.

Devesh Kumar, in an interview to Times Now, says he too has surrendered his electronic devices to the Delhi police, but will not say anything more than what has already been stated publicly by the Wire’s editors. He confirmed he is not on the staff of the Wire and accepts the mistakes he made. He also said he handed over the documents on which the stories were based to the Wire’s editors.

The news portal has been criticised for passing off all blame onto one individual, even though it is obvious that a series of this kind was a collaborative effort. In fact, the first story had Jahnavi Sen’s byline and the second had hers and Siddharth Varadarajan. Kumar’s name was mentioned only in the third story. Although people at the Wire say this was done to protect Kumar’s source, this explanation does not pass muster because Kumar defended the story online and eventually did share a byline.

The Wire also failed in following an established journalistic norm of seeking a response from persons or organisations named in its stories. Even if Malviya or Meta did not respond to their queries, the portal would have been on more solid ground.

Therefore, the Wire has no defence on why it failed on so many counts editorially.

At the same time, we must acknowledge that by retracting the stories and admitting its mistake, the Wire has at least begun to acknowledge the scale of its mistakes – something we rarely see in a large section of mainstream media. Mainstream media also makes mistakes. Yet we seldom see an apology. The reason the Wire is facing so much flak, even from people who support it, is because it has set higher standards for itself.

That said, we must  also recognise that we live in a country where media freedom is constantly under attack, and we are governed by a dispensation that has no time for critics, however small their reach might be. The Wire has been consistently critical of the current regime. This has been evident in its reports and its opinion pieces. That the portal is a source of irritation for a government that prefers the media to sing its praises is more than evident. And that ideally, it would like such irritants to disappear altogether is also obvious.

Unfortunately, the Wire-Meta affair has given this government the opportunity to cripple it, and it is unlikely to stop until it succeeds.

What lessons should independent digital platforms draw from this incident? Their presence in India’s media ecosystem is crucial because they provide the space for incisive reporting and critical comment that is largely absent in much of mainstream media.

But given the power of the government to move against critics, it is incumbent that these platforms double down on rigorous journalistic processes so that the chances of a repetition of the fiasco by the Wire are minimised.

In a strong editorial, the Deccan Herald mentions the recent remarks of prime minister Modi at a meeting of state home ministers, where he said that it was time to destroy “urban naxals” and Maoists holding pens. The warning for critical and independent media is clear.

Update at 10 am, Nov 5: The name Jahnavi Sen was misspelled as Jhanavi Sen. This has been corrected. 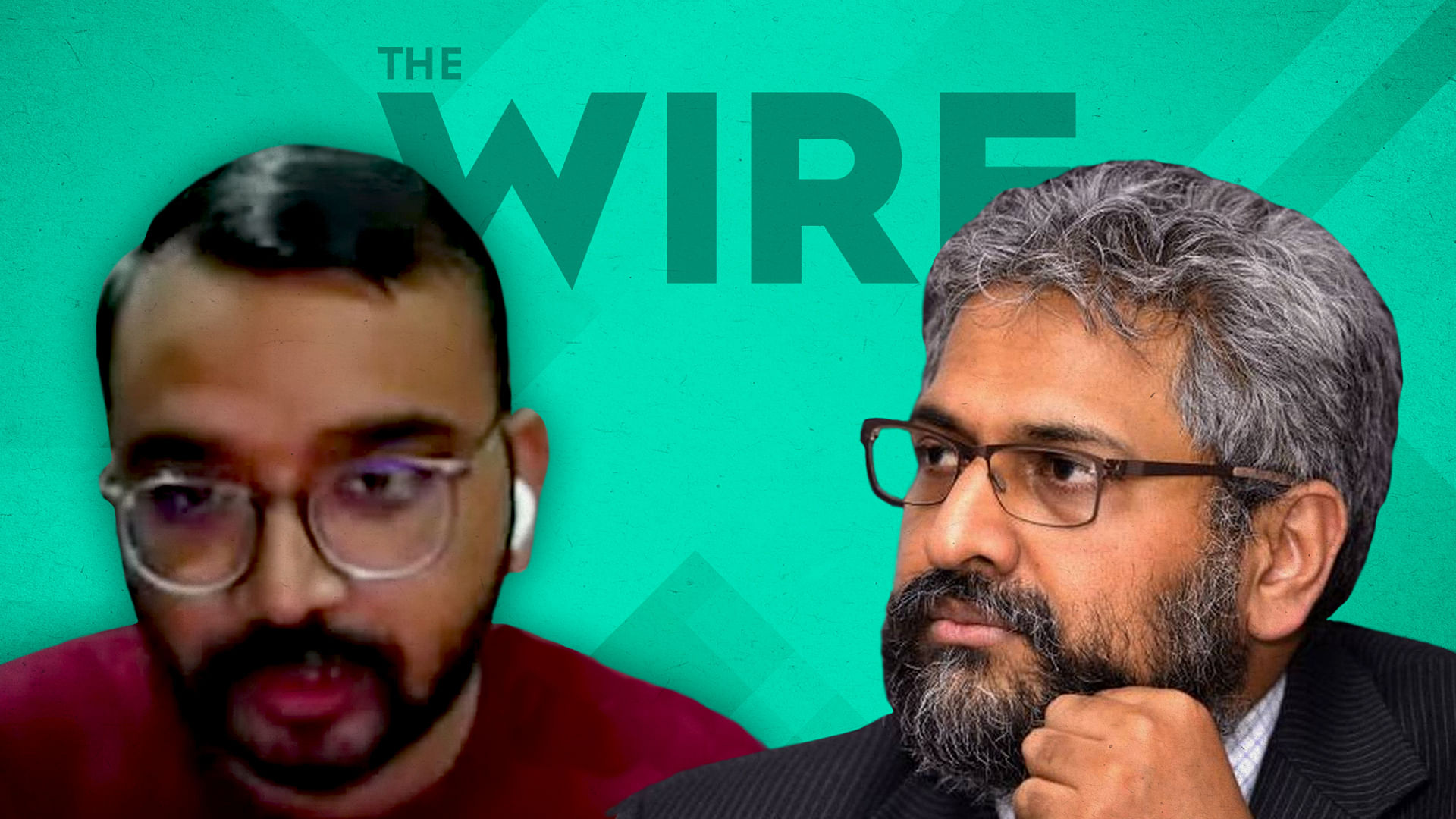 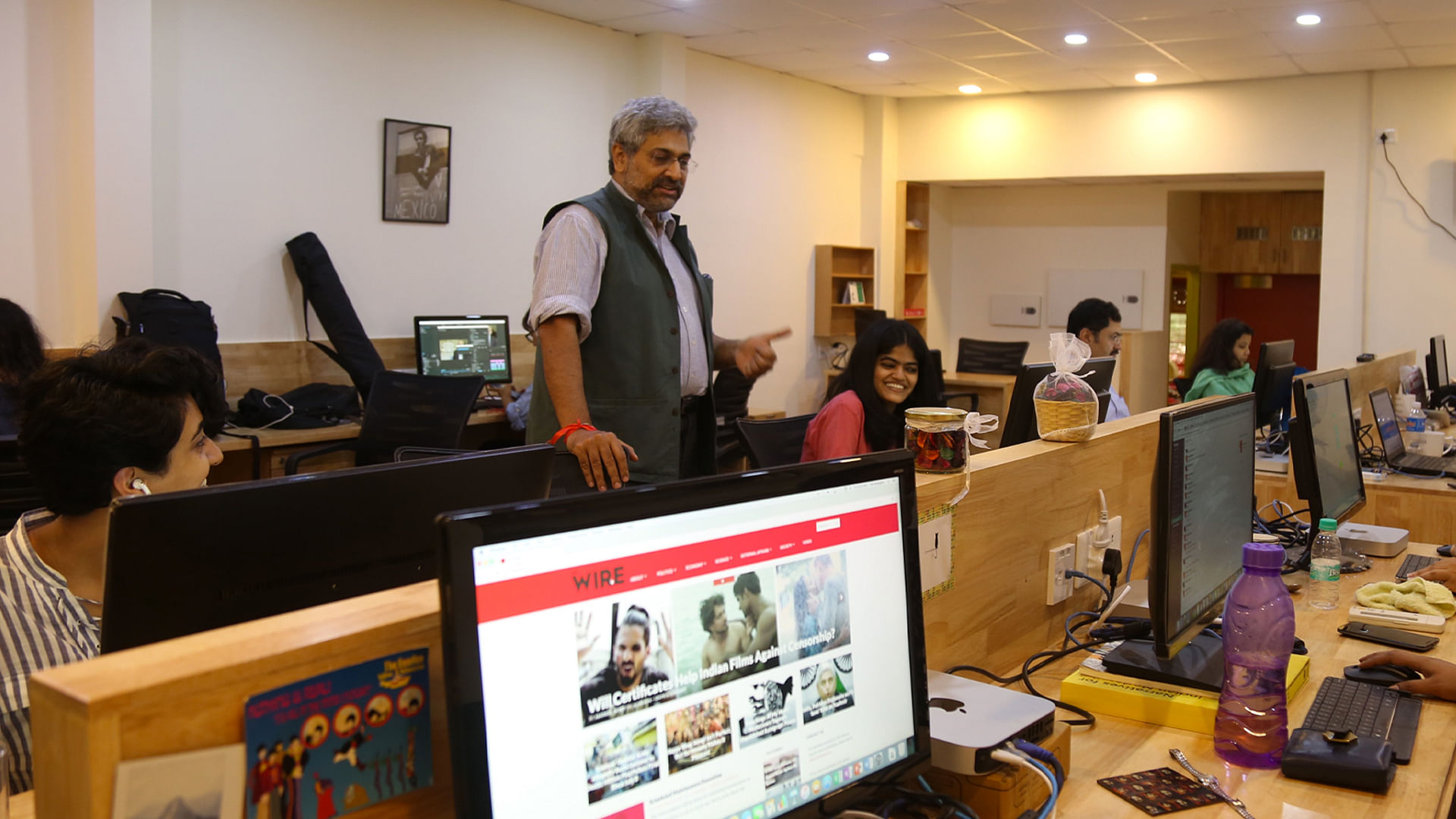