Welcome to another edition of Know Your TV News Panelists, where we look at the “expert” voices routinely brought onto primetime debates to expound on everything under the sun – from the economy to pandemic to foreign affairs to Shah Rukh Khan’s silence on world affairs. Poor SRK, being handsome is a full-time job.

So, what makes these people fixtures on the news? What’s their expertise, even? And with the Russian invasion dominating headlines, why is your friendly news channel introducing a Russian propagandist as an expert?

Worry not, we’ll tell you.

In the words of the great Republic TV, he’s an American who was “cornered by Ukrainian panelists for supporting Russia”.

He’s also an American who claims to have “no dog in this fight”, despite photos of him hanging out with Russian troops in Kiev in 2015. He’s a former cop on the run, and he purportedly holds “evidence” of Prince Andrew’s friendship with Jeffrey Epstein, since he worked at the time with the Palm Beach County sheriff’s office, which was investigating the case.

Crucially, he fled the US in 2009 to avoid arrest on charges of hacking and claimed political asylum in – surprise, surprise – Russia, fashioning himself as an anti-corruption whistleblower called “BadVolf”.

But for viewers of Republic TV, John Dougan was introduced as an “expert in geopolitics and a former US marine joining from Moscow”.

Dougan himself modestly told Arnab Goswami, “I’m an IT consultant.”

His appearances on the channel saw him talking about Ukraine building bioweapons, NATO's “illegal” expansion into Ukraine, and justifying the use of weapons in residential areas – with nary a mention of the fact that Russia has literally given him asylum.

If you tuned into Times Now on March 3, you might have caught yet another expert explaining how Russia “would have destroyed Ukraine by now if we wanted to”, but hasn’t because “we see Ukraine as our brotherly nation”.

Meet Anton Anisimov, the head of international broadcasting at Sputnik, a Russian news agency that the US claims is a major participant in “Russia’s disinformation and propaganda ecosystem”.

South Africa’s Mail & Guardian also quoted Anisimov as saying “call it propaganda, if you like” when asked if Sputnik promoted the government’s view. “I don’t believe there is such a thing as an independent free press in today’s world,” he said. “Everyone is owned by someone else and has an agenda..."

On March 2, NDTV held a debate hosted by Vishnu Som, which included guests Tatiana Kukhareva from Sputnik TV and Oleksiy Goncharenko, a Ukrainian MP. While the debate got a lot of press because the Ukrainian MP chose to wave an automatic rifle on air to emphasise his right to defend his country, Kukhareva’s comments must not go unremarked.

Kukhareva had said Russia was “justified” in employing “military tactics” because Ukraine allegedly has “rocket launchers” in residential areas. (This is when Goncharenko’s gun made an appearance.)

Kukhareva is deputy head of Sputnik News and is a recent addition to Indian news channels’ constellation of guests. She previously worked with RT France – accused yet again by the US state department of being “Russian propaganda”. RT, Sputnik and their subsidiaries were banned by the European Union after Russia invaded Ukraine. This ban even extended to their channels on Facebook, Instagram, TikTok, YouTube and Reddit.

Not so in India, clearly.

After the rise and fall of Daniel McAdams on Times Now, there’s Gilbert Doctorow, who went viral in India for “teaching Arnab a lesson” on Republic. Doctorow ticked off Arnab on live television but what he said after the dressing down is what really matters.

He said: “I am shocked that your editorial position in India, a country which was one of the two leaders of the non-aligned world, is so prejudicial to the ongoing situation and to the facts. You simply repeat, verbatim, the accusations coming out from Mr. Zelensky’s office and amplified by Washington. This is anything but a senseless and irresponsible war. It is a war against NATO. You have to understand that. The end game of Mr Putin is to show the shambles that NATO is and to take the American knee off the neck of Europe. That is the end goal. And you in India, along with China, will be the major beneficiaries if Mr Putin succeeds. And therefore this program is against the interest of your own country.”

Just to put this in context, Doctorow was scolding Arnab for taking Ukraine’s side and not understanding the stated position of Vladimir Putin. According to him, this war is justified because it is against NATO and America. So, in a way, it is a war against the western world.

But who is this mysterious Dr Doctorow, though?

He describes himself as a “professional Russia watcher”, a graduate of Harvard, a former Fulbright scholar, a PhD holder, and an author. He also blogs extensively on this website and previously appeared on RT as an “independent political analyst” where he said this:

Doctorow has also said that Biden’s sanctions on Russia will result in “World War 3” and described NATO as an “offensive block that is kept together by its hatred towards Russia”.

Alexey Gromyko is a familiar face on Republic these days, offering the “Russia view” in the ongoing war.

“What we are witnessing now,” he said during one such appearance, “is the incredible show of several war-mongers from Ukraine who are so keen to torpedo the diplomatic talks.” He also mocked panelists from Ukraine, saying, “All these things about bombing and shelling of kindergartens is pathetic...If such people are representatives, then 200 percent the war will never stop.”

In a recent interview, he said Ukraine’s army is “reminiscent of Nazi parades” and accused it of comprising “representatives of ultra-nationalistic movements in Ukraine”. This theory was also pushed by Russian president Vladimir Putin just before Russia’s invasion of Ukraine.

With inputs from Vartika Walani. 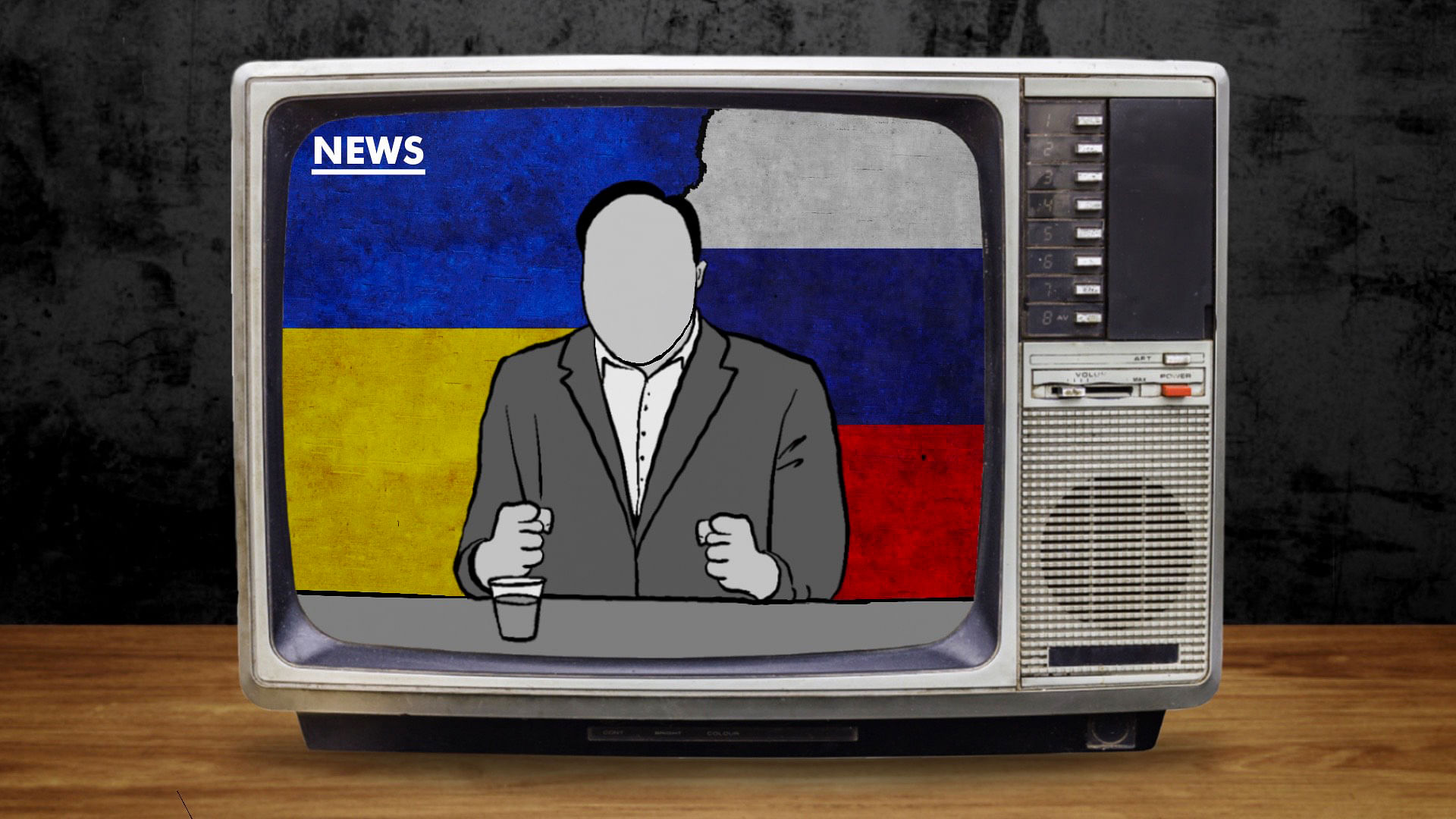 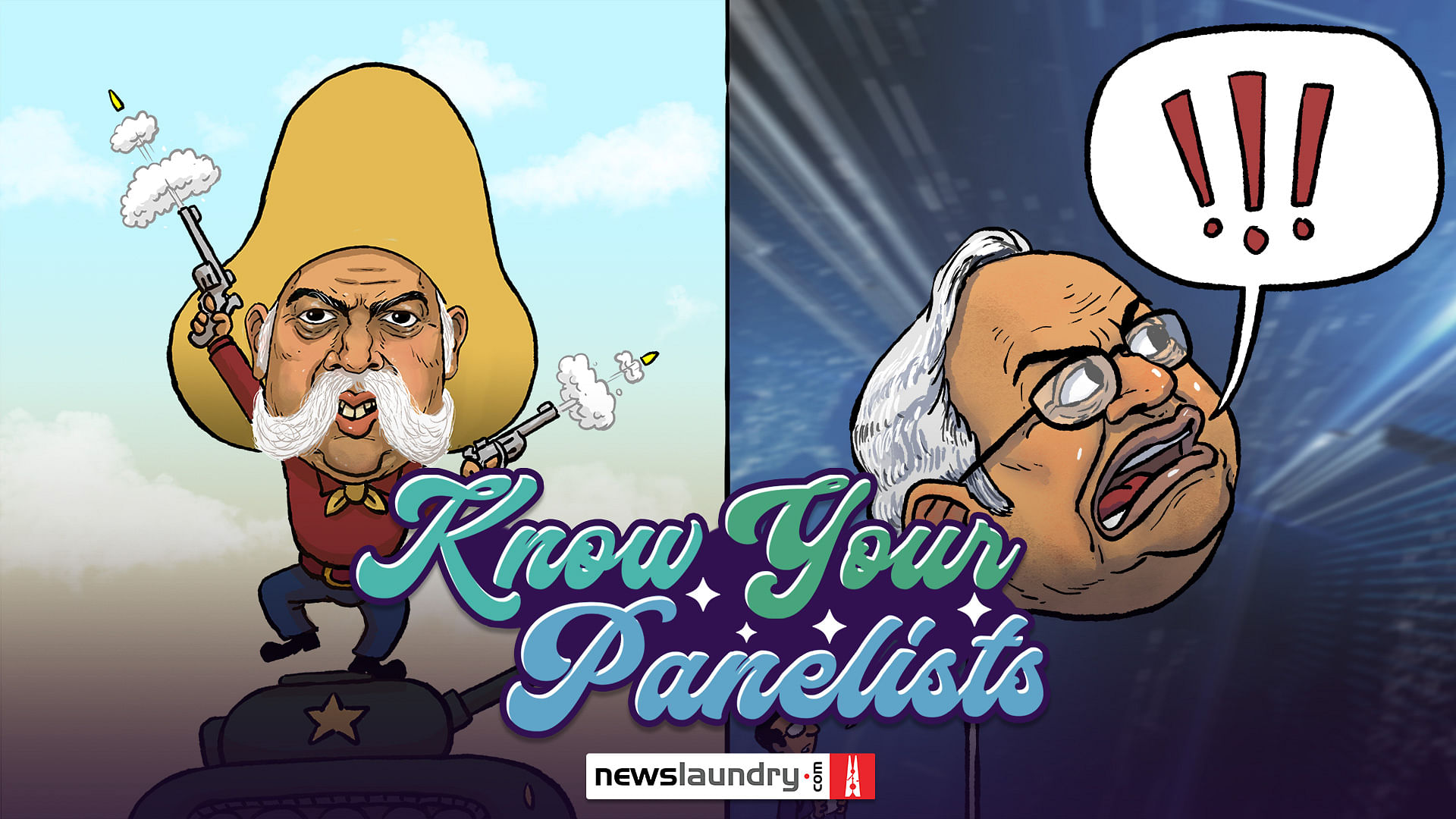