Swaraj on Doordarshan: Over Rs 50 crore spent, but who’s watching?

It was launched by Amit Shah, widely promoted by Narendra Modi, and produced with an estimated budget of over Rs 50 crore.

We’re talking about Swaraj, a docu-drama series on Doordarshan. Celebrating 75 years of Indian independence, this “75-episode mega show” showcases “several aspects of Indian history featuring the lives and sacrifices of lesser-known heroes of the freedom struggle”. It airs in 10 languages and is also broadcast on All India Radio.

So far, Prasar Bharati has spent over Rs 9 crore in promoting the show, hoping to capture the success of Doordarshan’s 1988 show Bharat Ek Khoj. Its research committee is staffed by members of the BJP and the RSS. Insiders told Newslaundry this might be Doordarshan’s “costliest” programme ever.

But is anyone watching?

Swaraj is produced by Contiloe Pictures, a production house based in Mumbai. Its founder Abhimanyu Singh told Newslaundry that work on the show began in February 2020.

An official associated with Swaraj alleged Doordarshan paid Contiloe Rs 47 lakh for each episode. Including GST of 18 percent, this works out to approximately Rs 55.46 lakh per episode – around Rs 41.59 crore for 75 episodes.

Over Rs 1.63 crore was allotted to an advertising agency called Bubna for “ad in news” and Rs 7.48 crore to the Central Bureau of Communication under the I&B ministry for “overhead publicity”.

These figures wouldn’t include the amounts paid to employees and members of the research committee, which would take the budget over Rs 50 crore to perhaps Rs 70 crore.

A Doordarshan employee said Prasar Bharati is “used only as a rubber stamp” and all decisions are allegedly taken by the I&B ministry. The employee also said costs are “increasing everyday” because changes are constantly introduced.

“Recently, there was a meeting where it was recommended that some drama be added to the show,” they said, “so that TRPs may increase.”

Speaking of TRPs, how is Swaraj doing?

The show initially aired on Saturday before moving to Sunday, when it’s broadcast at 9 am and again at 9 pm.

We looked at data in the Hindi-speaking market or HSM, a category of Hindi-speaking regions defined by the Broadcast Audience Research Council. Viewership is calculated based on the average minute audience or AMA. AMA is defined as the number of individuals in a target audience who viewed an “event”, averaged across minutes.

How do these numbers stack up against viewership for Doordarshan’s other shows, such as Rangoli, Balakrishna and Suron Ka Eklavya?

In general, however, DD National’s AMA is lower than private channels. DD National has a total AMA of 184.3 lakh in week 44, as against 6,334.7 lakh for Star Plus. In the same week, Star Plus’s average time spent – or how much time a viewer spends on a channel – was 76.8 minutes while DD National’s was only 8.8 minutes.

The show Ramayan also thrived when it was revived in 2020 in the early days of the pandemic. It helped DD National emerge as the most-watched channel in the third week of March 2020, during the lockdown. On April 16, 2020 alone, 7.7 crore people watched Ramayan.

So, what ails Swaraj? A senior official with Doordarshan suggested that releasing the show on an online platform might help. “Talks are going on,” they said. “Soon, it will be launched on an OTT platform.”

Another official said, “There was a plan to sell the show on OTT for Rs 25 crore but no company bid for it.” This invitation for bids took place in July. The official said the price was allegedly then dropped to Rs 15 crore but there were still no takers.

None of these employees were willing to speak on the record. Newslaundry sent a questionnaire to Mayank Agarwal, the CEO of Prasar Bharati, but received no response. 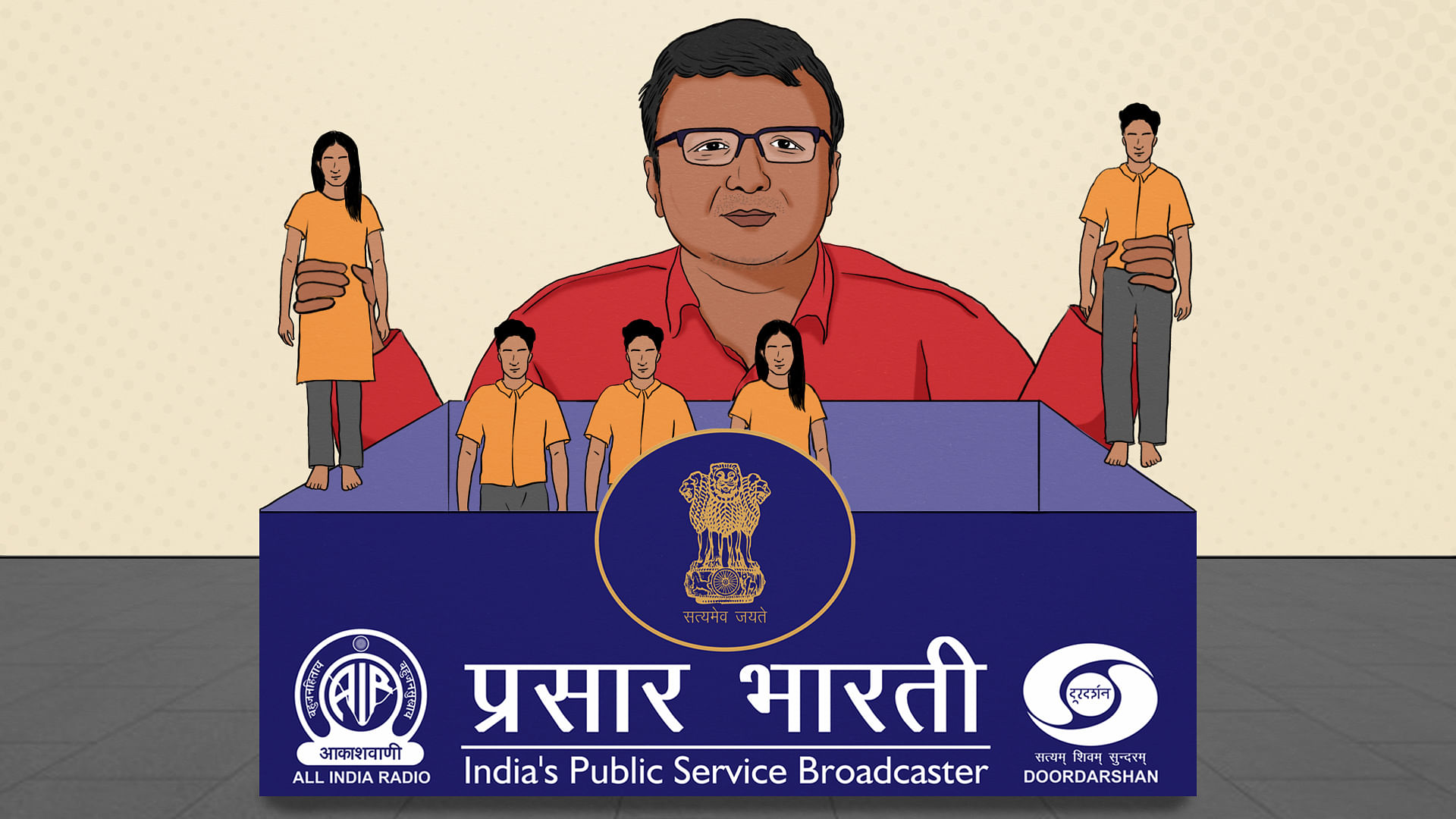