Delhi has spent Rs 250 crore to remove its trash hills. Why are they still standing tall?

Experts feel the approach towards tackling garbage is the problem.

Over the last three years, the Municipal Corporation of Delhi has spent a whopping Rs 275 crore to flatten the three landfills in Ghazipur, Bhalswa and Okhla, but their height has remained almost unchanged during this period, according to data provided by several government agencies to the National Green Tribunal.

These trash towers have now become sites of a tense political battle between the Aam Aadmi Party government in Delhi and the BJP-led civic agencies ahead of the Delhi municipal polls, with both parties accusing each other of mismanagement or lack of funds. However, when the NGT ordered biomining of legacy waste here in 2019, the tribunal had said it was the civic agencies’ primary responsibility to manage waste.

In October, a drone survey report – submitted by the Delhi Pollution Control Committee to the NGT – revealed that the height of the Ghazipur landfill was 67 metres at the 200-metre baseline level, a slight increase as compared to 65 metres in 2019. Similarly, the Bhalswa dumpsite stood 62-metre tall, slightly shrinking from 65 metres in 2019.

The deadline to remediate, or flatten, the landfills is not too far. Considering action plans submitted by Delhi’s civic agencies to the NGT, Ghazipur is to achieve complete remediation by December 2024, and Bhalswa and Okhla by December and March next year, respectively.

However, MCD PRO Amit Kumar said “it’s not like the height has not been reduced altogether”. “I am not denying the height of the landfill at some point is 65 metres, but one has to understand that these landfills are spread over a massive piece of land,” he added. “Suppose there is a trommel machine installed on the base, then the garbage from above would be brought there for biomining. That’s how the height of some portions of it gets reduced.”

Why the towers stand tall

Delhi generates around 11,000 metric tonnes of fresh waste every day, of which 8,213 MT are processed – through waste to energy band and composting and material recovery facilities by the civic agencies – while the rest makes its way to the landfills, eventually turning into legacy waste, according to Kumar.

This is besides the 203 metric lakh tonnes of legacy waste – down from 280 MT in 2019, according to the office of the lieutenant governor – that already exists at these sites. Only 10,000 tonnes are being biomined each day by the 40 trommel machines operational at the landfills. Installed by the MCD after the NGT’s intervention in 2019, these devices separate the trash into three components: plastic and combustibles, construction and demolition waste, and inert material.

Legacy waste is the solid waste lying in the landfills for decades, as compared to fresh waste generated by the city each day.

While the LG’s office claimed that 26.1 lakh MT of legacy waste was disposed of between May and September, the DPCC report states otherwise. The DPCC said that 59.03 MT had been cleared during this period: 13.21 of the total 140 lakh MT in Ghazipur, 26.18 of the 80 lakh in Bhalswa and 19.64 lakh MT of the total 60 lakh in Okhla.

But the height of the towers has not reduced over the past three years.

“This means the amount of waste sent to the landfills every day is higher than the waste being taken out for remediation,” said Chandra Bhushan, president of the International Forum for Environment, Sustainability and Technology.

Kumar said the Delhi civic agency is in the process of increasing the processing capacity for fresh waste. “Soon, a new MRF plant with a capacity of 150 tonnes per day will start. Further, 150 zero-waste colonies will also be there in the city soon. These two efforts will increase the daily processing capacity by nearly 1,000 more tonnes.”

According to a report submitted to the NGT in 2019 by a panel that tried to understand the environmental impact of the landfills, the water in borewells near Bhalswa and Ghazipur had cadmium, copper, chlorides and total dissolved solids beyond the permissible limit.

No budget for landfills

Between 2016 and 2021, the three erstwhile civic bodies of Delhi together spent Rs 11,750 crore on sanitation and cleanliness, but without any specific allocation for the flattening of landfills in the sanitary budget. This is despite sanitation forming the highest share of their total budget at 30 percent, according to audit reports of the 2018-19 budgets of the three erstwhile civic bodies.

A significant chunk of the sanitary budget was spent towards salaries, taking away 43.4 and 98.16 percent of expenditure under this category during this period in the North and East Delhi municipal corporations, respectively, according to the audit report.

In the EDMC’s case, it also failed to spend the Rs 26.13 crore it received for the closure of Ghazipur landfill by the Delhi government. The agency is yet to respond to Newslaundry’s request for comment.

MCD PRO Kumar, however, maintained that his agency has so far spent Rs 250 crore it received under an escrow account – a contractual arrangement to tackle the landfills in which an amount is contributed by the Delhi government and municipal bodies – and Rs 25 crore it got under the Swachh Bharat Mission. This Rs 275 crore was mostly spent on bioremediation, carried out by trommel machines, and disposal of biomined waste.

“This year, the MCD received Rs 874 crore under the Swachh Bharat Mission for the flattening of landfills. Of this, Rs 500 crore has already been released,” Kumar said.

He also pointed to the abundance of inert material, a component produced after biomining, at these landfills. “Inert matter comprises at least 40 percent of Delhi’s waste. Even if they clear up the landfills, where will this inert matter go? If these are not utilised, they will be dumped on the same site. Which means that the height of the landfill will still remain one-third of what it is right now.” 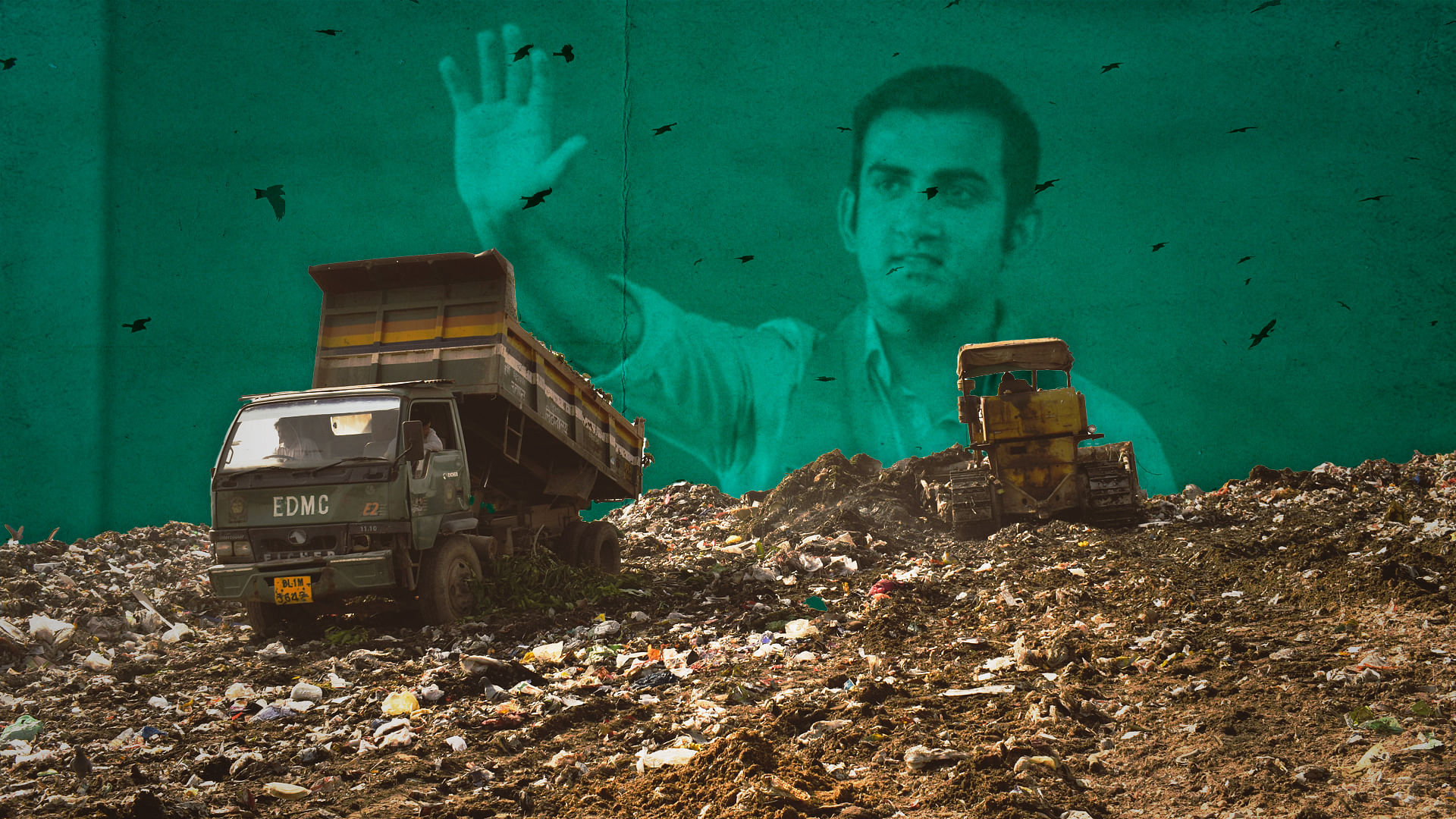 Garbage mountains of Delhi: Why Gautam Gambhir won’t meet his 2024 deadline to get rid of it