Why 2022 was the year of #BoycottBollywood

On December 14, the home minister of Madhya Pradesh objected to a song in an upcoming Bollywood film due to the colour of an actor’s bikini. Hours later, effigies of the two actors – one of whom is Muslim, the other Hindu – were burned in Indore for “hurting religious sentiments”. Twitter was then flooded with furious tweets, their rage not directed towards the burning of effigies but towards the actors, towards the film, and towards the film industry as a whole.

It’s just another day of #BoycottBollywood in India.

Bollywood was boycotted, trolled, vilified and abused on social media numerous times during 2022. These campaigns weren’t organic – they were driven by Twitter handles, websites and social media “influencers” – and were usually timed around the release of specific films. Their politics tipped right (Bollywood was often called “Urduwood”, for example) and their tone was usually communal.

A study by Joyojeet Pal, an assistant professor at the University of Michigan, and Sheriyil Agarwal, a research assistant at IIT Delhi, revealed that between August 1 and September 12 this year, 1,67,989 Twitter accounts used the hashtag #BoycottBollywood at least once.

Pal and Agarwal also identified 336 Twitter accounts that each posted over 1,000 tweets using the hashtag in the 42-day period.

“We study trending topics on social media in general, and found that topics around boycotting individual stars or even the entire industry had a dramatically large share of what was trending on Twitter,” said Pal on why they did the study. “We mapped the nodes in the networks calling for bans and found that they connected to various other social media groupings in India – which made for an interesting study.”

The majority of these trends were organised around the release of Bollywood movies. A peak on August 3, for instance, was two days before the release of Darlings starring Alia Bhatt, whom the study described as being “commonly at the centre of anti-Bollywood tweeting”. The study recorded over 8,100 tweets and 51,000 retweets.

The films that were targeted the most were Laal Singh Chaddha, Brahmastra, Pathaan, Raksha Bandhan and Liger, followed in smaller measure by Vikram Vedha and Dobara.

Laal Singh Chaddha received boycott calls over 38 days with over 73,000 tweets while Brahmastra got over 70,000 tweets in 43 days. Pathaan racked up over 28,600 tweets in 37 days. It should be noted that Pathaan hasn’t even been released yet.

As with everything in life, these campaigns were a result of combined efforts. The study identified “low-level” politicians – like VHP’s Sadhvi Prachi and BJP leaders like Dinesh Pratap Singh, Vishnu Vardhan Reddy and Vaishali Poddar – who engaged with the hashtag. It also cited “influencers” –  Vivek Agnihotri, Anand Ranganathan, Iskcon spokesperson Radharamn Das, businessman Arun Pudur and venture capitalist Asha Motwani – who offered “support for the cause”.

A screenshot from the study.

There was also a non-Indian subset of supporters that included people like Zainab Khan and François Gautier.

Here are some of the top accounts participating in these campaigns.

Gems of Bollywood, which has over three lakh followers on Twitter, claims to be a movie review website. Its posts contributed to the #BoycottBollywood discourse multiple times over the year.

To give you an idea of its content, this was its homepage on December 26.

The Gems of Bollywood homepage on December 26.

Its most recent campaign was against Shah Rukh Khan’s Pathaan in November. It started tamely enough – on November 2, Gems of Bollywood accused Pathaan of plagiarising its poster from a Hollywood movie called Beast. The tweet, which said #Chorwood, was tweeted over 3,000 times.

By the time the controversy over Pathaan’s song Besharam Rang began in early December, Gems had already posted dozens of tweets about Khan and the movie, each with thousands of retweets. There were tweets about “saffron lingerie”, “Taliban fantasies” and “Urduwood”, and that’s only the tip of the iceberg.

Kreately Media is a right-wing website whose Twitter account was suspended last month for “anti-Islamic content”. It regularly targets Muslim actors and films, and those who identify as “left” or “liberal”. The study said Kreately has a “very large footprint in the #BoycottBollywood community, despite a fairly small follower base”.

Jaipur Dialogues, run by a former IAS officer, is an organisation that claims to work towards “Sanatan Parampara” and promises to “boycott every movie being made against our Dharma”. It has 1,48,000 followers on Twitter and 8,18,000 on YouTube.

In August, Newslaundry had reported on how it led social media storms against Laal Singh Chaddha, both on Twitter and on YouTube. Brahmastra was attacked for featuring “seasonal Hindus” and for, perplexingly, “promoting Sufism”.

Pseudo-journalist Suresh Chavhanke is also part of this elite coterie of boycotters. Last year, #BoycottShahrukhKhan trended on Twitter after Chavhanke used the hashtag to accuse Khan, Javed Akhtar and Bollywood in general of “language jihad” by prioritising Urdu over Hindi.

Since then, he’s used his channel, Sudarshan News, and its social media platforms to run campaigns against Bollywood films. Shah Rukh Khan’s family was accused of promoting “narcotic terrorism” and Karan Johar was accused of insulting Indian culture. With the able assistance of Sudarshan News reporter Saagar Kumaar (see here, here and here), Chavhanke also celebrated the “success” of the boycott campaign against Laal Singh Chaddha.

There’s also the SSR community – fans of late actor Sushant Singh Rajput. Newslaundry had previously reported on the man at the centre of the #JusticeForSSR campaign, managing at least 6,000 to 8,000 “volunteers” and trending specific hashtags that he chooses every morning and evening.

The same group is instrumental in running #BoycottBollywood campaigns. The study said the most direct individual activity in spreading the hashtag is “overwhelmingly dominated by SSRians” (see here, here, here, here, here and here, for example).

Do these trends have an impact?

What do those in the industry, or who write about it, think of these demands to #BoycottBollywood?

Neeraj Udhwani has directed and written movies and web series like Dil Toh Baccha Hai Ji, Inside Edge, Mhaska and Tripling. He said Twitter trolling can sometimes “create bigger buzz around the film”, like Pathaan, and he isn’t afraid of it.

“The #BoycottBollywood trend does not affect us, as writers and directors, when it comes to creative choices,” he said. “Yes, as storytellers, we have become sensitive and avoid certain stories that touch upon religion or politics. But that is because of the current climate. Producers don’t want to fight legal cases and hence there is a tendency to avoid topics that can invite legal trouble. But we are certainly not afraid of paid Twitter trends carried out by vested interests.”

He added that these trends are, at best, “just a little nuisance to actors and directors”.

Film critic Mayank Shekhar, who is entertainment head at Mid-Day, said this is an “anti-Hindi move” because “the slander is reserved only for Hindi movies”.

“It started with citing nepotism in Bollywood although the film industry in the south is entirely run by a dozen-odd film families,” he said. “No boycott hashtags are run for Tamil, Telugu, Malayalam or other cinemas. This exclusive assault on Hindi language cinema by certain miscreants must be resisted by India’s governing party, BJP and its parent organisation, RSS...No entity has as organically, globally and nationally contributed to the spread of Hindi as much as Bollywood or Hindi cinema for close to a century.”

Shekhar added that it’s “hard to tell” whether these hashtags have an impact on the box office. “A movie buff is a movie buff,” he said. “She will go to the movies or engage/entertain herself at home, regardless of depressed, morose killjoys online.”

Writer and film critic Ajay Brahmatmaj said these trends attempt to blame Bollywood for “all the evils of society”. As a result, filmmakers are concerned about attracting controversy.

“They are playing a very safe game, they avoid making movies that raise tough questions on issues,” he said. “Because of this sanitisation, they’re unable to generate good content. It’s not good for the industry.”

But one thing’s for sure, he said. “A movie with good content will not be affected by any boycott campaign.”

Update at 7.10 pm, Dec 29: This story originally linked to examples where Gems of Bollywood used the #BoycottBollywood hashtag. These links were incorrect and have been removed. The error is regretted.

Update at 7 pm, Jan 5: This story incorrectly quoted Mayank Shekhar as saying the trend is an “anti-Hindu move”. This has been corrected to “anti-Hindi move”. The error is regretted. The Super and Snoozy Seven: Presenting the best, and worst, of Tamil cinema in 2021 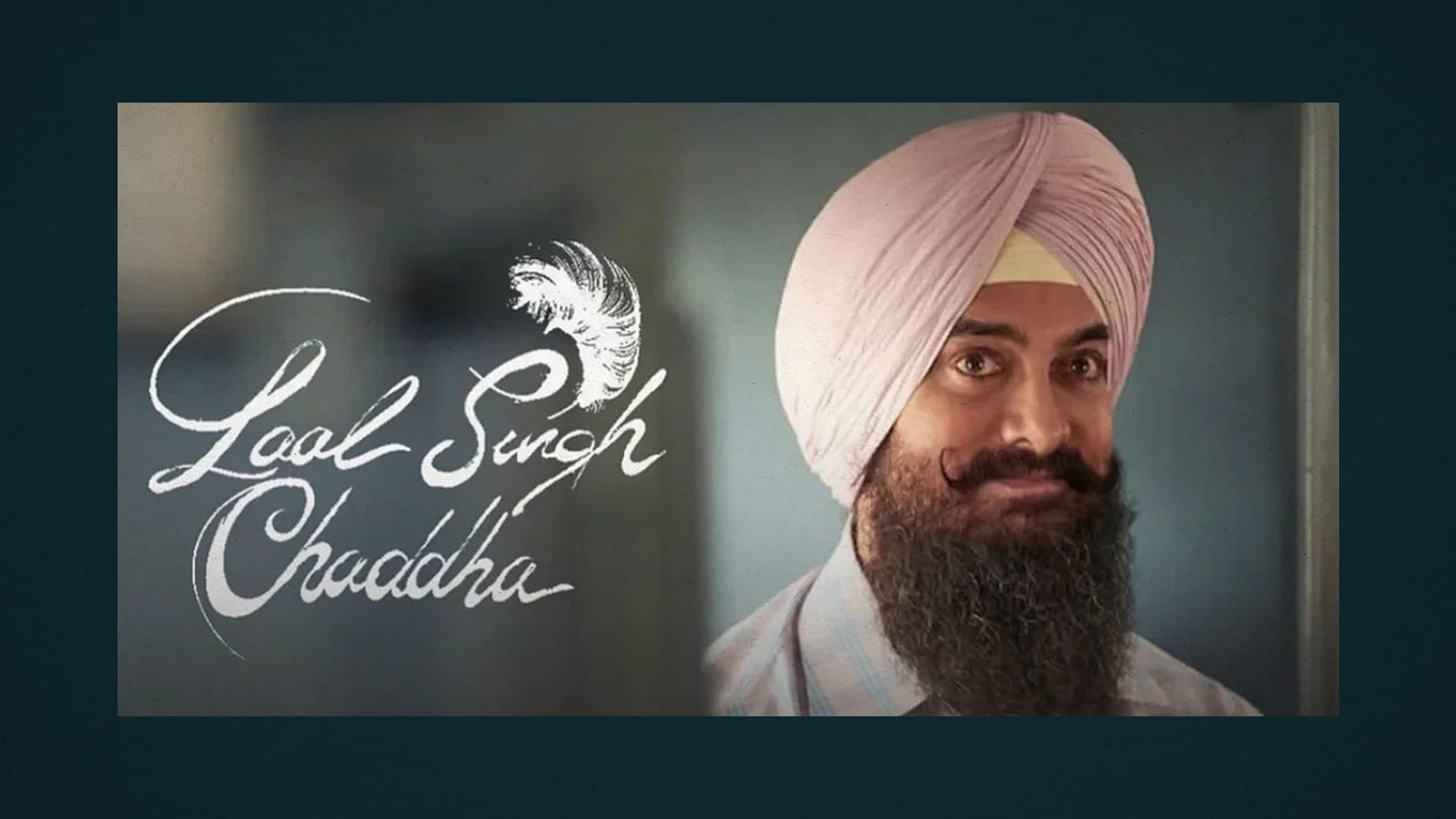