BBC’s Modi documentary is a story already known, aired and shared – but with one big bombshell

On January 17, the BBC aired part one of its two-part historical documentary on the rise of India’s prime minister Narendra Modi and the controversy surrounding his role in the horrific Gujarat riots of 2002. Unsurprisingly, a hugely polarising controversy erupted not only in India but also among the Indian diaspora in Britain and around the world.

To give just one example, Indian-origin Tory peer Lord Rami Ranger wrote to BBC director-general Tim Davie to protest what he called the “sinister” timing of India: The Modi Question. He linked his objections to India’s G20 presidency, Rishi Sunak as Britain’s first Indian-origin prime minister, and the proposed UK-India trade agreement. His letter managed to bring in Pakistan, British perfidy in bringing about Partition, and Bangladeshi immigration into India on a “large scale”.

In India, the government ordered Twitter and YouTube to remove any links to the documentary, the foreign ministry called it a “propaganda piece”, and a group of retired bureaucrats, armed services officers and judges wrote to the BBC in protest.

Many social media commentators cannot have watched the entire episode. It aired on BBC2, a terrestrial UK-only channel, and BBC iPlayer, a streaming service available only within the UK to TV licence fee payers. So, most commentators are probably getting hot under the collar on the basis of hearsay.

But I live in the UK and I watched the first episode. Here are my thoughts.

Was the timing ‘sinister’?

This is likely to be as divisive a question as the content of the programme. But look at it this way.

The BBC is known for its carefully researched, meticulously put together documentaries on political figures who have shaped the world we live in. This includes Donald Trump, Jair Bolsanaro, Viktor Orban and Recep Tayyip Erdogan. And, of course, BBC journalists shine a particularly powerful light on the British government – though not enough, according to opposition leaders.

So, it should come as no surprise that the BBC would examine controversies surrounding the powerful leader of India in a year in which India assumes the presidency of the G20.

What did the programme really say?

The first episode was one hour long. I watched with fascination because history is fascinating, especially when we’ve lived through recent events of great human tragedy and these events are recounted once again in a documentary format. The BBC’s official blurb on the series introduces the subject in the following terms:

With one exception (more about that later), there is nothing in the programme that was not previously known. Apart from some snippets of interviews, much of the first episode is based on archival footage of events in 2002 – the burning of the train in Godhra and the subsequent riots in the state that left thousands dead and many more displaced and traumatised.

According to the show’s producer, “more than 30 people” in India declined interviews out of fear for their safety. The Indian government was asked for its comments too but declined.

These interviews and footage are anchored to a British family’s quest for justice. In February 2002, four British Muslim tourists came to Gujarat. A mob surrounded them and three of them, and the driver of their vehicle, were killed. Imran Dawood was stabbed but survived. He made it back to his home in Yorkshire.

The four tourists were at the wrong place at the wrong time. A day before their visit, the train was burned in Godhra, an event the BBC’s Jill McGivering described at the time as “one of the worst acts of religious hatred that India has ever seen”. She did not know that in the days to follow, Godhra would be surpassed in scale, horror and brutality by the riots that ensued.

The interesting thing is that episode one of India: The Modi Question offers no commentary that was not previously shown, known or aired. It merely puts it all together in a compelling story of events as they unfolded at the time.

Except for one big bombshell – that foreign secretary Jack Straw had set up an enquiry team “to go to Gujarat and find out for themselves what had happened”. Of course, that report – filed by the team as a diplomatic cable – had no legal basis in India.

We are shown fleeting images of this report obtained by the BBC and an interview with an anonymous senior diplomat who was involved in writing it. We’re given only headline conclusions – “the extent of violence was much greater than reported”, “widespread and systematic rape of Muslim women”, “violence was politically motivated”, “aim was to purge Muslims from Hindu areas”.

The diplomat says, “We described it as a pogrom...The violence was widely reported to have been organised by an extremist Hindu nationalist group, the VHP, who have a relationship with the RSS.”

The documentary then covers the Gulberg Society massacre through the eyes and voice of a local resident, Imtiaz Pathan, whose family was among scores of people brutally murdered by a mob. The dead included Congress politician Ehsan Jafri, whose wife’s petition to probe a larger conspiracy behind the riots was dismissed by the Supreme Court last year.

The key question at the time was the involvement – whether complicity or conspiracy – of the administration at the highest level. McGivering reports what she heard from policemen and other sources on the ground, that the orders to “do nothing” to stop the riots, murders and rapes came from the highest levels of the government. Imtiaz Pathan is convinced Ehsan Jafri called everyone he could, including chief minister Modi, before giving himself up to the mobs in a futile attempt to save others. Later, we see a police chief accepting the inadequacy of the police response but denying allegations of “orders from the top”.

The subsequent legal battles are recounted briefly but factually. The stories are told of whistleblowers Sanjeev Bhatt and Hiren Pandya, both of whom claimed they were present at crucial meetings at which key decisions were taken by the administration.

Pandya had been the home minister of Gujarat. In 2003, he died under mysterious circumstances. Subramanian Swamy says in his interview, “The killing of Mr Pandya was tragic and suspicious and the circumstances explained to me don’t make me believe in it. I’d like to know who organised it so well. It is not some stray killer or someone taking revenge. I don’t think it has been properly investigated.”

On his part, Swapan Dasgupta relies on the official investigation and court verdicts to conclude that Pandya was “killed by terrorists” so that the “blame could be apportioned to Narendra Modi”. “The investigation was thorough. It went through every stage of the Indian judicial process and culminated in the Supreme Court judgement,” he said. “I think we should leave it at that.”

The documentary shows Babu Bajrangi’s confession on his role in killing 100 Muslims, and also Naresh Bhatt’s claim that Modi gave the mobs three days of impunity. Both were later retracted. Dasgupta says men like Bajrangi and Bhatt are small fry who seek to “exaggerate their own importance” and are, therefore, unreliable witnesses.

In 2011, the Gujarat question was resurrected when Modi won a national role in the BJP in the run-up to the 2014 election. A renewed investigation was launched and once again, as the documentary reports, the Supreme Court-constituted special investigation team exonerated Modi of wrongdoing.

Has there been closure?

Yes, for Dasgupta and Modi’s supporters. The election victories in 2014 and 2019 and the Supreme Court ruling against Jafri’s widow amount to final closure.

No, for the many thousands of victims whose murders remain unsolved. The government of the day stands absolved of all responsibility by the courts. No one has been held responsible. Those who gave evidence against the administration have been accused of crimes themselves. The most prominent among them, like Sanjeev Bhatt, have paid a heavy price.

And that is probably why there has been such backlash – the fact that the BBC documentary so starkly and painfully makes it obvious that the criminal justice system in India is hopelessly unequal to the task of delivering justice.

For Dasgupta, the law has run its course. But for the Jafris, Imran Dawood, Imtiaz Pathan, Hiren Pandya and many, many others from both sides of India’s major faultline, justice – or at least an explanation or closure – is nowhere to be found even two decades later.

Indians everywhere would love their country to get good press internationally. But as long as injustice prevails, there will always be questions about the roles of governments and the politicians in power. In India: The Modi Question, the BBC raises neither new questions nor new concerns. It merely gives voice to the many thousands whose quest for justice continues. 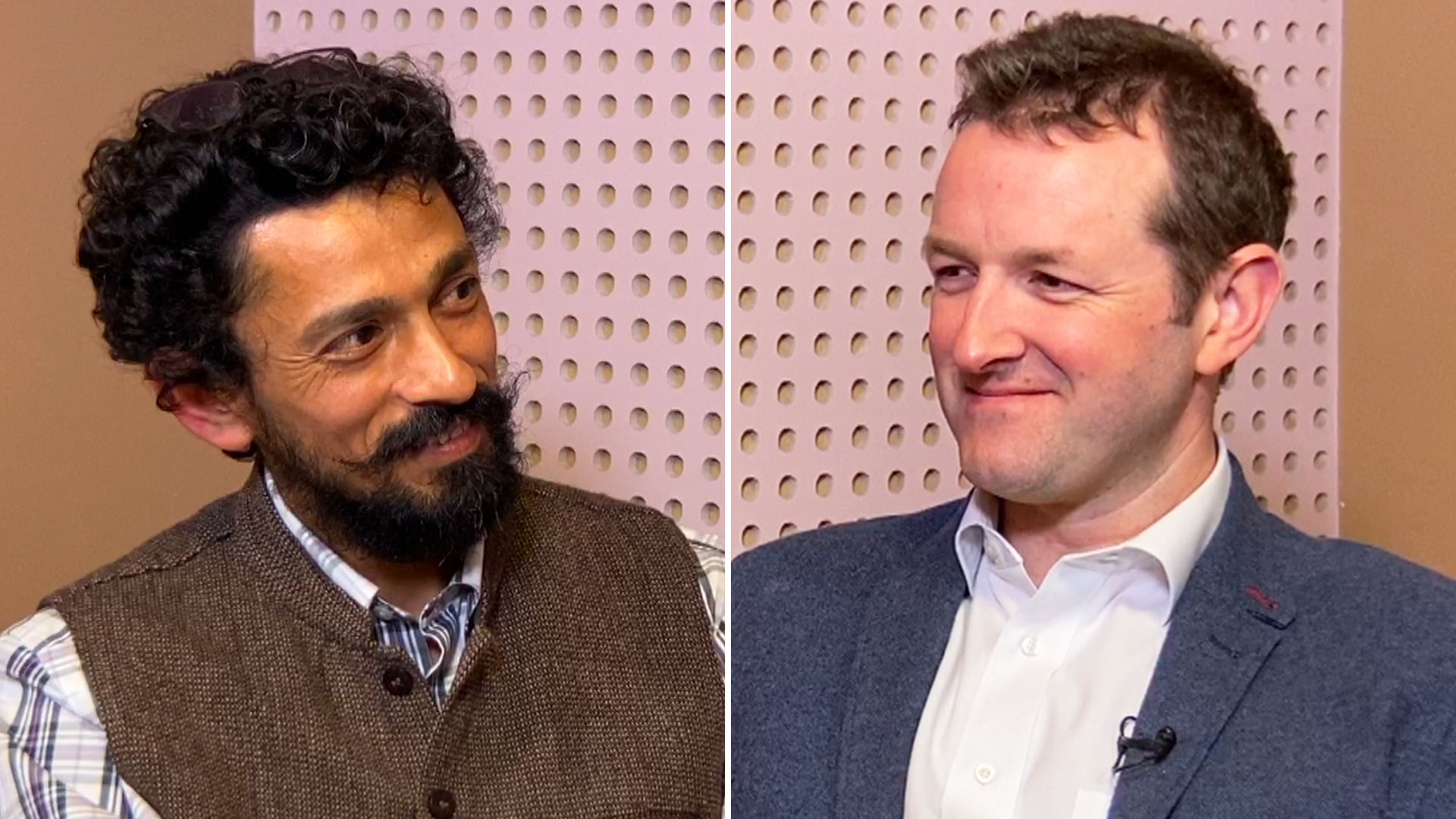 NL Interview: BBC’s Jamie Angus on standing by their coverage of Delhi riots, and how to reduce the gender pay gap