Female students from the Northeast attacked near DU, called 'coronavirus'

‘They threw balloons at us, aiming at our private parts. They saw I had Mongoloid features after I took off my pollution mask and screamed, ‘Aye, coronavirus!’

On March 3, two students from the Northeast were attacked by six men in Kamla Nagar, near Delhi University’s North Campus. The men were on motorbikes and threw water balloons at the two women and called them “coronavirus”, the victims said.

“They threw balloons at my friend and me. We had a male friend with us but they threw the balloons only at us, aiming at our private parts. They saw that I had Mongoloid features after I took off my pollution mask. After that they screamed, ‘Aye, coronavirus!’ I was too shocked to react,” one of the women, who studies at Hansraj College, said.

They went to a friend’s place in Indra Vihar, where they called the Northeast Helpline. “The operator on the phone told us that a PCR van would be sent to our location soon,” the student said.

Their ordeal didn’t end there. The police officers who arrived tried to normalise the issue and didn’t do anything to help the girls. “Your police station is Roop Nagar,” the student quoted the officers as telling them. “You should’ve called them. Not us, beta.”

That’s not all. The police officers said the attack on the women was “normal as Holi comes closer”, and advised them to “carry sticks like women in Delhi and Haryana do”.

The PCR van left, but two police officers visited the women again later. “They kept rebuking me and asking me why I didn’t tell them about the location of the incident being Kamla Nagar. I had mentioned it,” the student said. “They drove away after taking my application to the SHO and telling us that Roop Nagar was the police station concerned.”

Recounting her visit to the police station, she said, “Their first priority wasn’t to comfort me. They saw my features and asked if I understood Hindi. They assumed my problems on my behalf. They even tried to normalise the issue. I had to stand my ground and tell them over and over about what had happened while emphasising the attacker’s use of the word ‘coronavirus’.”

She found out that her complaint to the SHO had not been submitted. She had to write a new one, on the basis of which the police then filed an FIR. Newslaundry has a copy of the FIR filed at the Roop Nagar police station, where a senior inspector has since been assigned to the case.

“My friend who was there with me is too overwhelmed to speak,” the student said. “I don’t know if the police will take concrete action on this.”

Sanjib*, an engineering student, recounts his experience at the Manipal Institute of Technology. “I returned to campus from my home in Assam a few days ago. A few students asked if coronavirus had spread in Assam, to which I replied that the reported cases have been quarantined. They immediately said, ‘I thought all of you would have been infected with coronavirus since you all are ‘chinky’. The virus has come from China after all.’

One of them reads, “I was outside Vardhaman Mahavir Medical College, Safdarjung Hospital when 5-6 men called my friend and me ‘coronavirus’.”

Suman*, a UPSC aspirant and an alumni of Delhi University, recounts her experience. “I live in Mukherjee Nagar. My fellow UPSC aspirants started teasing me by calling me ‘coronavirus’. It’s really shameful.”

Noihrit Gogoi, a Northeast student at Delhi’s Ramjas College, says, “Throwing water balloons has become very common around North Campus, but usually they target people from the Northeast because they look like ‘outsiders’. We’ve become immune to everyday racism but calling people ‘coronavirus’ is pathetic.”

Nathaniel Warjiri, a literature student at Ramjas College, Delhi University, who hails from Meghalaya said, “The racism, both on the campus and off, is so prevalent that I have become immune to it. But calling people ‘coronavirus’ is hitting a new low.”

* Names changed to protect their identity. 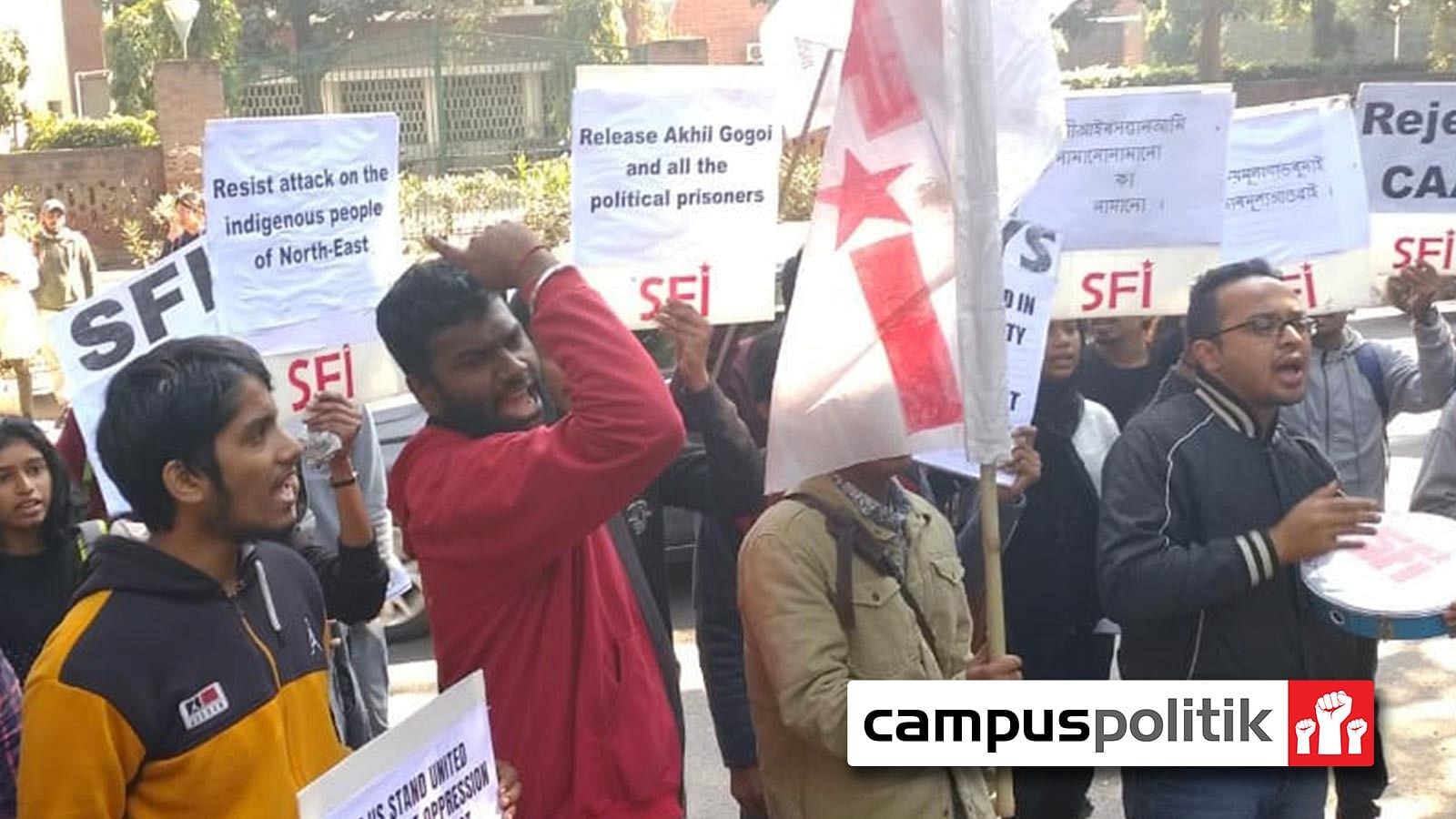