Their ‘safety’ comes at a cost that we’re paying for — though we’re currently unaware of it.

Late last week, the Reserve Bank of India (RBI) put a moratorium on the withdrawals of deposits from Yes Bank, the fourth largest private sector bank in the country.

The interesting thing is that the Yes Bank crisis feels worse than the bad loans crisis of public sector banks. Bad loans are largely loans that haven’t been repaid for a period of 90 days or more.

In this piece, I will try and show why public sector banks seem to be much safer than private banks like Yes Bank even though they aren’t, and how we are paying for this so-called safeness without really being aware of the same. Oddly, no one is really talking about this as well.

In a way, public sector banking in India has become like environment. The cost of what we do to keep it going will be borne not by us, but by the next generation. The sad part is no one really realises it.

The results for the period of July to September 2019 are the latest results available in the public domain. Of course, it’s safe to say that things have deteriorated for Yes Bank since then. There has clearly been a run on its deposits, which finally led to the RBI limiting the withdrawal of deposits to Rs 50,000. Also, from what it seems, the bank hasn’t been reporting its numbers properly.

Even after taking these factors into account, the crisis in Yes Bank is not as bad as many public sector banks, where bad loans rates even crossed 20 percent. Take the case of Indian Overseas Bank. The bad loans rate of the bank has been higher than 25 percent at some point of time. IDBI Bank has been in similar territory. The Central Bank of India and the United Bank of India have had bad loans of more than 20 percent at different points of time. There are a whole host of public sector banks which have had a bad loans rate of 15 percent or more.

Let’s look at this issue pointwise.

1) Fourteen private banks were nationalised in 1969. Another six private banks were nationalised in 1980. Due to this, there is great faith in public sector banks. The assumption (and rightly so) is that they are backed by the government. This faith essentially ensures that people and firms continue to have their deposits in public sector banks, despite the mess that they are in.

Let’s take the case of 11 public sector banks that the RBI had put under the Prompt Corrective Action (PCA) Framework. What was the PCA Framework? Viral Acharya, who was a deputy governor of the RBI, explained this best in simple English, when he said: “Undercapitalised banks could be shown some tough love and be subjected to corrective action…Such action should entail no further growth in deposit base and lending for the worst-capitalised banks. This will ensure a gradual ‘runoff’ of such banks, and encourage deposit migration away from the weakest PSBs [public sector banks] to healthier PSBs and private sector banks.”

Between March 2017 and March 2019, the overall deposits of these banks shrunk by just 2.5 percent. This shows the faith that people have in public sector banks in India. Despite many of them being in grave trouble, their deposit base, on the whole, held up. Yes Bank did not have the same kind of luck.

2) The business model of banks at its very basic level is very simple. They raise money as deposits by paying on interest on them. These deposits are then given out as loans. The interest charged on these loans is higher than the interest paid on the deposits. The difference in these interests is the profit that the bank makes.

The assumption here is that the individual or the firm taking on the loan will repay it in the days or years to come. If the loans are not repaid (partly or wholly), beyond a point the bank is not in a position to wholly repay the deposits as they mature. But as we know, public sector banks have continued to repay deposits and, at the same time, there has been no moratorium put on withdrawals from these banks. So, what is happening here?

3) The public sector banks have managed to keep repaying their deposits. To keep these banks going, the government — as the major owner of the public sector banks — has invested fresh money or capital in the banks every year. The question is, where did this money come from? A lot of it was a simple allocation in the yearly budgets which was used to recapitalise the public sector banks. Take the years 2016-17 and 2017-18, when the government spent Rs 25,000 crore and Rs 24,997 crore, respectively, from budgetary allocations. It had to actually earn this money through taxes and then use it to recapitalise the banks.

This cost of recapitalising public sector banks is borne by the entire country, though most of us don’t know about it. This money (close to Rs 50,000 crore) could have easily been used to make better roads, to improve our defence capabilities, to improve Indian Railways, and so on. This is the unseen cost of rescuing public sector banks, which most of us aren’t aware of, and which makes the Yes Bank crisis seem much graver than it actually is. In this case, the costs of the rescue (like the State Bank of India coming in as an investor, or the RBI giving a loan to the Yes Bank) are all there upfront to be seen by everybody.

Basically, this is how the government borrowed the deposits of banks and invested it in the banks and turned it into capital.

In the case of IDBI Bank, the Life Insurance Corporation of India, as its new owner, has been pumping in thousands of crore to keep it going. In that sense, the policyholders of LIC are paying for this in the form of lower investment returns. (Of course, they don’t know about it as well.)

6) Before October 2017, whatever money the government had invested in the PSBs came from budgetary allocations. This meant that the government had to earn or borrow this money from somewhere. The money that was used to recapitalise the PSBs could have been used somewhere else, which it was not.

By issuing recapitalisation bonds, the government took the problem of the increase in the fiscal deficit simply out of the equation. This way of recapitalising government banks was what economists called “budget neutral”. The government was taking money from banks by issuing bonds and then using that money to recapitalise the banks. Hence, to that extent, it wasn’t spending money earned from taxes or borrowing money to recapitalise the public sector banks. And given that, its expenditure wasn’t going up because of this. Hence, there was no impact on fiscal deficit at this point of time.

As Arun Jaitley said in his first budget speech as the finance minister in July 2014: “Fiscal prudence to me is of paramount importance because of considerations of inter-generational equity. We cannot leave behind a legacy of debt for our future generations. We cannot go on spending today which would be financed by taxation at a future date.”

Clearly, more than Rs 2,50,00 crore has been added to the public debt of the country, thanks to these bonds, and this number will only continue to go up in the years to come. In that sense, this is not a free lunch, as it might seem.

Most analysts and economists are, as of now, concentrating on what will happen to Yes Bank in the days to come. While that is important, what is more important are the unseen effects.

To conclude, public sector banks are not safe. They seem safe because the government quietly keeps recapitalising them by converting their deposits into fresh capital which is invested in these banks. But all this comes at a cost, which we are paying for. It’s just that we are currently unaware of it. And that’s the sad part. 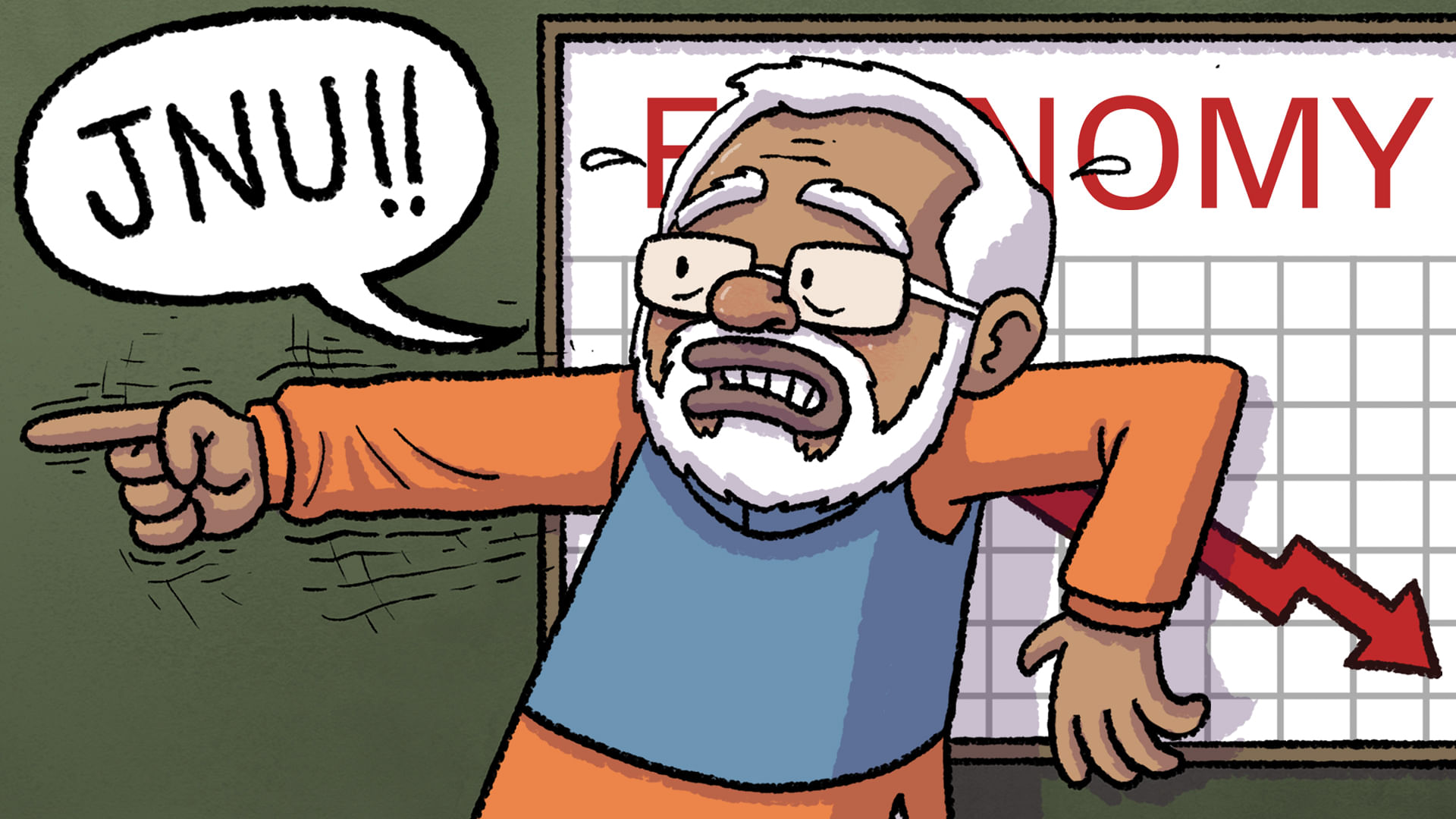 India’s economy is in real trouble. Why are political leaders not concerned?

Have money in the bank? Here’s what you can learn from the PMC Bank disaster