Why is redeveloping Central Vista a bigger priority than fixing the capital’s catastrophic air pollution or plummeting life expectancy?

On May 30, 1990, barely 30 years ago, 7 Race Course Road was officially designated as the prime minister’s residence to once-and-for-all create the massive security, communications and physical infrastructure required.

Accordingly, the road with 12 acres and six bungalows was closed to the public. A no-fly zone, air defence installations, hi-tech communications, tunnel to Safdarjung Airport, helipad, bulletproof glass tube passage between the bungalows, state of the art auditorium, cabinet meeting room, banquet hall for up to 350 guests, guesthouse for VIPs, redesigned entries and exits for the Special Protection Group guards, newly created landscaping and gardens are just a few of its exhaustive features. By a conservative estimate, it all cost thousands of crores to the taxpayer. From all accounts, it’s a pretty secure and comfortable residence for India’s most powerful citizen.

This begs the question: why does the prime minister need a new house and why does it have to be on Rajpath?

The answer lies in examining how we, as 21st century Indians, see our cities as compared to the best in the world?

Are they democratic, progressive spaces that act as a beacon, providing livelihoods and prosperity like London? Are they cultural magnets that draw in artists and other creative people that enrich them with their diversity like Berlin? Do they provide a collective living experience like New York, where residents discard narrower identities and become New Yorkers – not Christians or Texans or Blacks?

Or are they parcels of land that belong fundamentally to a super elite that has absolute power to make life-changing decisions for the rest of us like Beijing or Pyongyang? Is the law an instrument that can be used at will to enable this super elite and keep out public debate or consensus like Moscow?

If we see our cities like London, Berlin or New York, then spending thousands of crores on a second house for the prime minister ahead of fixing Delhi’s pressing problems like its catastrophic air pollution which causes 80 deaths per day and 45 percent of all premature deaths is a spectacularly insensitive move that puts a powerful elite firmly above the people’s good.

On the other hand, if we are in the Beijing-Pyongyang-Moscow axis where citizens are passive spectators, it is absolutely normal.

Another way to answer the question about the prime minister’s second house on Rajpath is to examine how we treat our Commons and who owns them.

When urban planners defined the “Commons” of a city 200 years ago, they meant shared spaces that belonged to everyone, implying physical resources such as parks, public squares and open areas. Today, this collective ownership means much more. In 2020, global planners see the Commons of a city as daily experiences/spaces for “collaboration, sharing and collective ownership” that create a Dilliwalla, a Mumbaikar, a Kanpuriya or Hyderabadi out of diverse ethnicities.

Street art in Lodi Colony, watching cricket in Mumbai’s Oval Maidan, evening strolls to Kanpur’s Swarup Nagar, buying bangles in Hyderabad’s Chaar Minar, watching the sunset from a traffic light on Marine Drive or while driving along Safdarjung Airport all qualify as the Commons. So do intangibles like clean air, heirloom trees, old routes, iconic views and heritage buildings.

The only thing protecting these intangible Commons from becoming easy targets for monetisation is due process and the law. The law becomes toothless if the government sabotages the institutions that upholds it like the planning agencies, courts, police, and urban authorities. A tiny powerful elite or even a single person can make changes that affect millions who get no say in the process.

Globally, urban projects like Seoul’s Cheonggyecheon, London’s King’s Cross or Boston’s Big Dig have revitalised the cities by transforming land into truly world-class, citizen-oriented developments. In all great cities, enhancing the citizen’s life by growth and renewal is the core objective of urban planning.

What stands out in neon clarity about the developments transforming Delhi is the opposite. The enhancement of the lives of those in power is the core objective of Delhi’s redevelopments. Every single “redevelopment” cited has boosted the government’s space and given it greater control over the city while ensuring citizens are carefully and thoroughly squeezed out.

In fact, these projects have snatched away the Commons Dilliwallas have considered their own and enjoyed for years. Like a greedy Pac Man, the government is steadily gobbling up the best parts of the city and locking its citizens out.

Some examples. Last year, a fence was carefully erected, allegedly for “‘security” reasons, to block out the view of Safdarjung Airport, one of Delhi’s last few open spaces that has been visually accessible to the public since Independence. Hidden away from prying eyes, a vast Airports Authority of India construction carries on quietly next to the Grade A protected Safdarjung monument. No one can object or protest because no one has been asked or told and no one can see anything.

Meanwhile, the enjoyment of the airport’s iconic view – for decades a landmark on the flyover where people slowed down to see the sunset – has now been firmly blocked off for the commuter, caged outside, unable to enter this open space even visually.

The Sarojini Nagar redevelopment, which received clearances for the felling of around 11,000 trees through an astounding manipulation of environmental protocols, bears the same scars of a Commons takeover by the government.

The old government colonies had parks, monuments, trees, space to cycle, small local markets, and low traffic. These were accessible not only to government servants but also to others passing through by being connected to areas around. Children from neighbouring colonies played cricket, istriwallas ironed clothes, and homes had greenery around. It was a community model. Their transformation should have preserved the trees, accessibility and community living while enhancing space for citizens and reserving a percentage for commercial development.

Instead, it is the other way around. Today, where trees once stood the biggest imprint is reserved for commercial blocks. Gates discourage anyone who has no business there so no one can walk or drive through.

The redevelopment is exclusively reserved for “government accommodation and commercial activities”. No part of the freed up space is imagined for the arts, greens, sports, leisure and civic activities that benefit the citizens. A Broadway theatre zone in Delhi or a King’s Cross open development is not even a blip on the radar of our urban planners

Their only prototype is the East Kidwai Nagar NBCC model. A massive gated space dominated by office blocks whose transient occupants have no lasting contact with the area. Its transformation from an inclusive space to an exclusionary one has already ejected the citizen as an outcast.

In a tragi-comedy of sorts, this “world-class” redevelopment shows off a daily display of underwear on the outward balconies of its residential apartments for all traffic on the AIIMS crossing to see. It’s a disastrous downgrade from the community-friendly model that existed earlier. Its equally tragic twin, Sarojini Nagar, is headed for the same fate. A part of Delhi built bottom-up starting in the 1950s with community links from the smallest shopkeepers to the puncture repairmen has been kneecapped and destroyed.

The Central Vista project is the Titanic of these developments battering Delhi and its Commons. It is quite astonishing to see the list of “secure” protections it supposedly enjoys.

Yet, these lawful protections are now meaningless pieces of paper. Once again, the institutions meant to protect the Commons are ensuring that the ordinary citizen has no business here and they are to be deprived – not advantaged.

Sadly, the biggest casualty is the iconic Commons of our country, so tied up with our nation, its ideas, its history and heritage. This is where the battle for the nation’s soul was fought during Nirbhaya’s hospitalisation, where the then wildcard chief minister Arvind Kejriwal held his cabinet meeting in a rain-drenched Wagon R while protesting, where people spontaneously poured out to celebrate India’s 50th Independence day – an organic birthday party, diverse and inclusive because it was open to everyone who wanted to come. This is where people simply arrive when trouble starts, to reassure themselves that civil society, nationhood and Indianness are still robust – no matter how much the government insists they’re threatened and endangered.

Yet, this is the nation’s space, the people’s Commons that will now be “encroached” upon by 100 acres of VIP zones whose land use has been changed overnight to “Government Office” from district park, public, semi public, etc. When the citizen sacrifices for the government, the very concept of urban planning can be certifiably said to be upside down.

So, too can governance. In an era when enlightened countries are striving for zero carbon footprints in the next five-ten years, it is mind boggling that an Indian urban planner thinks it’s fine to design a project that will chop down 11,000 trees – the precious Commons of a city literally choking to death. Which design school would produce such a product?

But the truly horrifying thing is that institutions meant to safeguard the city actually pass his design and give him permission to do so.

Similarly, if a central government elected by the people decides that a Central Vista or prime minister’s house is currently a bigger priority for fund allocation than lowered life expectancy by possibly 17 years for a Delhi resident, or the fact that in November 2019 residents of Delhi were breathing 25 times more toxic air than the permissible limit according to WHO guidelines, there can be only one Shakespearean conclusion: “Something is rotten in the state…”

UPDATE: There is more than one estimate of how much money was spent on the prime minister's residence three decades ago. The story has been modified to reflect this.

This is the first part of a two-part series. Read the second part. 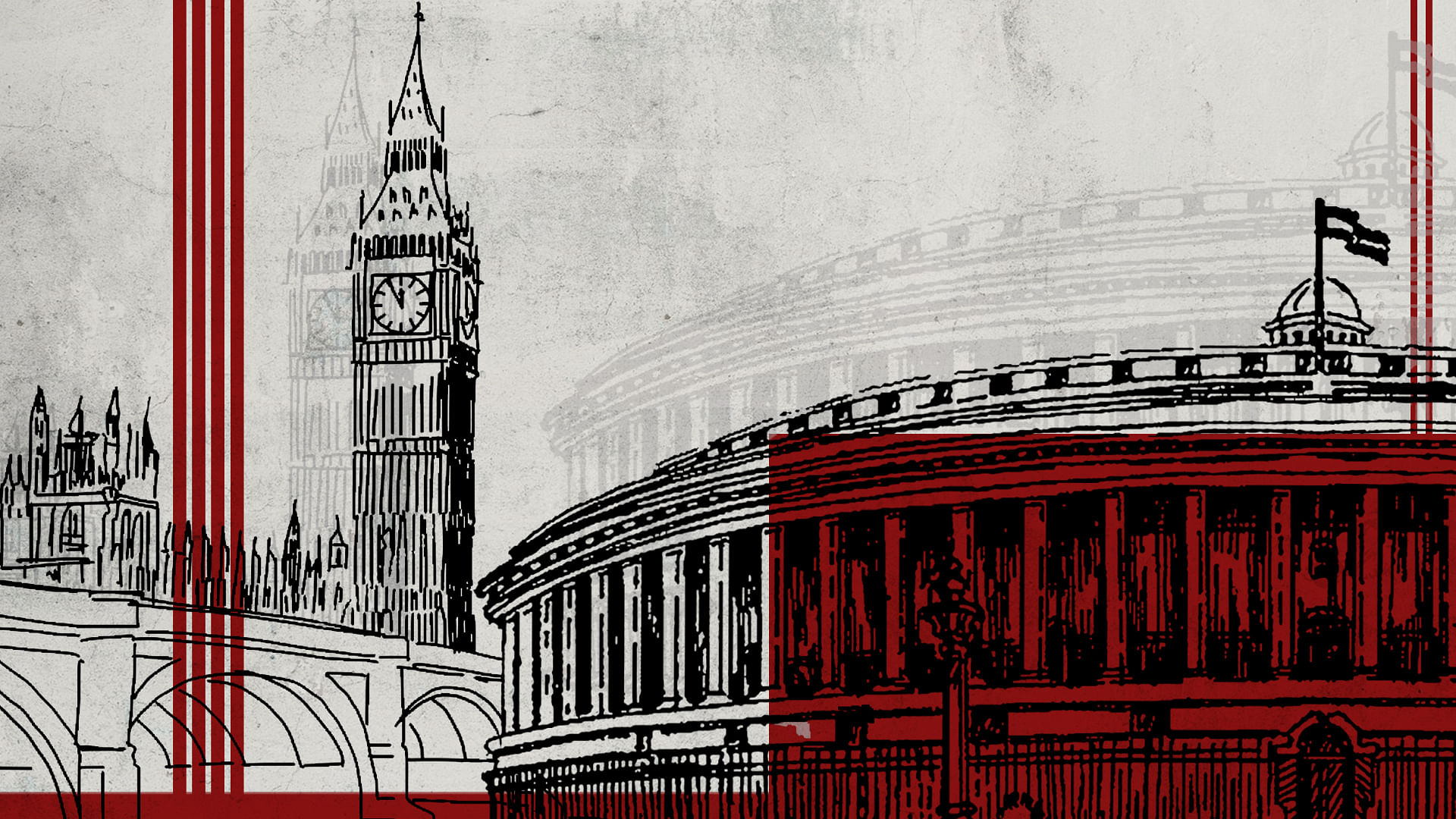 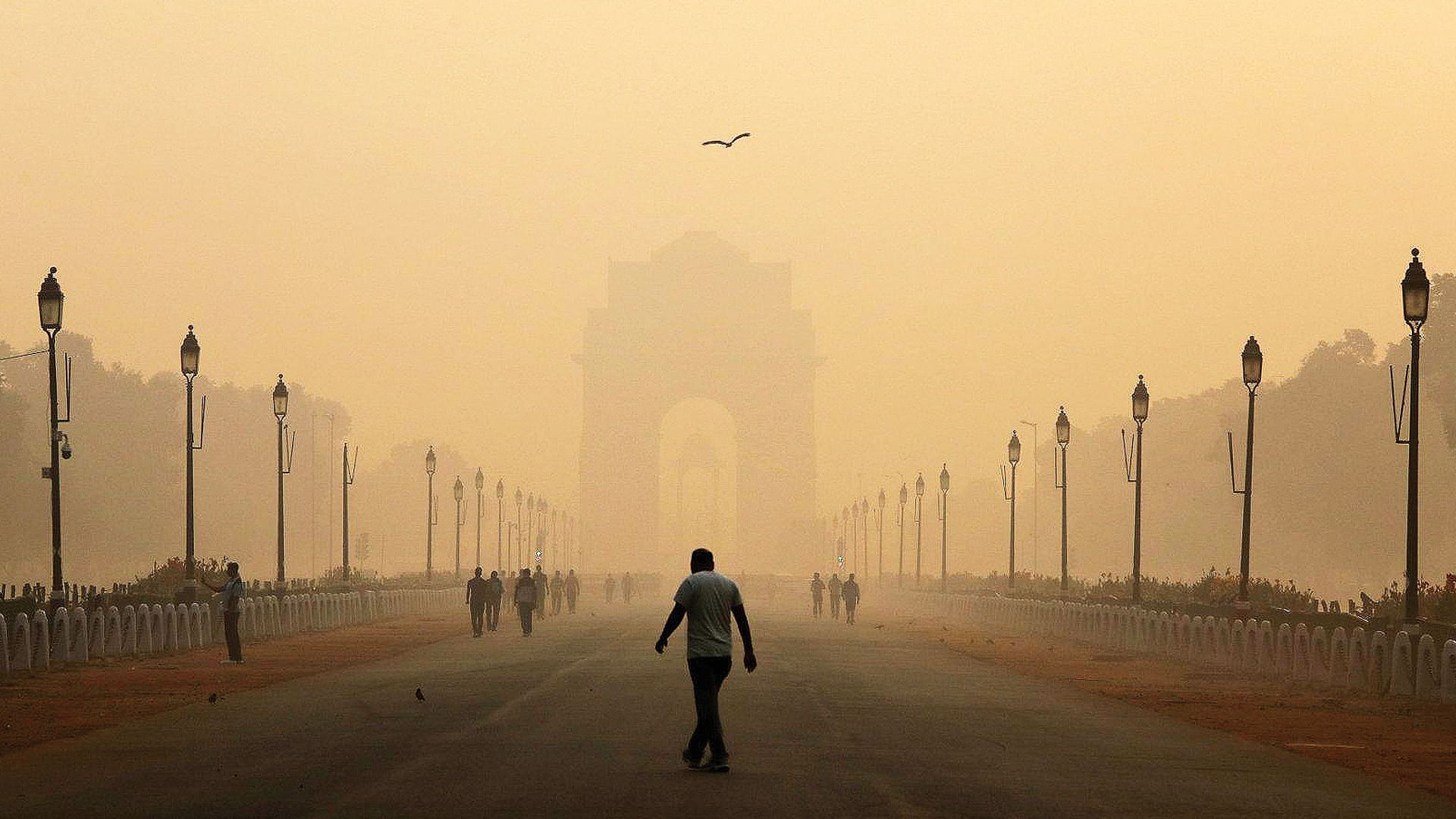