It’s challenging to quickly research a new virus, but that’s no excuse for shoddy armchair research.

The Covid-19 pandemic is truly becoming global, as the US and other countries in Europe begin to cross the 200,000-cases mark. The number of Covid-19 cases is steadily rising in India too, with more than 2,000 cases as of April 2.

Along with the disease, there has been a deluge of misinformation and fake news. One such widely circulated misleading claim is about the “Indian strain” of coronavirus that is less dangerous.

On March 30, the New Indian Express published an interview with a gastroenterologist, Dr Nageshwar Reddy, who claimed that there was a single mutation in the “Indian virus” that makes it harder for it to attach to human cells. He hinted that this Indian virus would, therefore, be less virulent and dangerous.

A similar unfounded assertion was made by a member of parliament, Dr Subramanian Swamy, a few days ago. His tweet received a lot of engagement, with many celebrating this new discovery and what it would mean for the course of the Covid-19 pandemic in India.

But this claim of a merciful “Indian strain” has been called out by many experts for being outright wrong and misleading.

So, where does this misinformation come from?

A preprint was published by a group at the International Center for Genetic Engineering & Biotechnology (ICGEB), Delhi, on March 21. The paper claims that they analysed the genome of SARS CoV-2, the coronavirus that causes Covid-19, from different countries and found that there was a unique mutation in the region of the virus that attaches to humans that were only present in “India strain”. They also claimed that one of the human miRNA that can target the virus would work only in the Indian strain of SARS CoV-2.

Their preprint gained steam after it was retweeted by Anand Ranganathan on March 24. This preprint is the source of all the claims about this Indian strain weakened by a merciful mutation. There are many problems with this paper that seriously challenge the many inferences made by everyone.

The genome of a virus is the sum of all its genetic material. It’s basically a manual that dictates the function and assembly of the virus and is passed along to its offsprings as the virus replicates. The viruses have a very primitive copy editing system and, therefore, sometimes typos are added in the copies of the manual as they are prepared for the baby viruses. These typos are called mutations.

While most mutations are harmless, very few can confer a positive or negative effect on the virus's ability to cause infection. For instance, a mutation in a protein that helps in the replication of the virus can inactivate it.

Now that we know the basics, let’s look at what’s wrong with this paper.

First, what exactly is an Indian strain? By the paper's own admission, there were 400 publically available SARS CoV-2 genomes from 40 different countries at the time of their analysis ,but they only looked at five genomes from India, Nepal, the US, Italy and China.

Now, let’s look at what they call the “Indian strain”. As of now, India has more than 2,000 Covid-19 cases. Most of these are international travellers and their close contacts. There are more than 600 introductions of the virus in India from more than 25 different countries with 100 unique introductions from the UAE alone.

All these introductions are novel to India, so which one is the Indian strain? None of them.

A large majority of these introductions would be caught by isolation and testing, and the virus that they bought would cease to exist once the patient recovers. But some of these could inadvertently transmit their virus to the community. This virus would then seed in a new region and cause many cases of community-acquired infection. Once there is a sustained infection in the community, the founder effect kicks in, and maybe then we can call it the India strain of SARS CoV-2.

Until that happens, it’s just imported cases. So which is this “Indian strain” that the paper is talking about? It’s one of the first cases of Covid-19 in India.

Right now, 57 countries have uploaded more than 2,600 genomes of SARS CoV-2 on GISAID, an open-source genome sequence sharing platform. All these sequences vary by only around 20 mutations and are very similar. Despite more than 2,000 cases, the Indian Council of Medical Research has publically shared only two genomes from India, and both of them are extremely identical to the rest of the sequences from around the world.

The preprint uses one of these sequences and calls it the Indian strain. The virus sequence they analysed was isolated on January 30 from a student who returned from Wuhan to Kerala. That particular case recovered and was discharged a month ago, and has transmitted it to no one else. So the strain that they call Indian no longer exists!

The paper also talks about a mutation on the spike protein of the virus. These are small protrusions on the surface of the SARS CoV-2 that bind to a particular ACE2 receptor on the surface of a human cell and infect it. Can a mutation in that spike protein hamper the virus's ability to infect humans? Experts think that we can’t tell just yet. Viruses are primitive, and their genome coping mechanism is very error-prone. Mutations are a way of life for viruses, including several in the spike protein region. We can only draw any inference about the viruses' infectivity and transmissibility after we experiment on the phantom Indian strain with the mutated spike protein in human cell cultures and non-human animal models.

Until then, we just don’t have any evidence to suggest otherwise. ICMR in its press briefing on March 31 confirmed this and said that there was no evidence that the SARS CoV-2 in India was behaving any differently than the other viruses in the other countries and that there was no difference in its severity or its transmissibility.

3D printed model of the SARS CoV-2 virus in the background and its surface spike protein in the foreground. | NIAID, NIH

The “Indian strain” exclusive miRNA that the paper talks about is just one of the 52 different antiviral miRNAs shared by all the five sequences that they analyse. This cherry-picking would certainly be levelled if you increase the number of unique sequences analysed.

The paper also claims that the surge in the cases in Italy could likely be due to novel mutations in the single genome from Italy that they analysed. This claim is simply unfounded and premature. They have no evidence that the single sequence they analysed was the one that is causing all the infections.

They also go on to comment that the country-specific mutation that they analysed could also explain the severity and the extent of infection in that country. This again is just hogwash that ignores the epidemiological variants that dictate the course of an outbreak in a region.

To understand the very limited role that mutations play in the early stages of an epidemic, I recommend you read this article published in the journal Nature.

This paper is a preprint, which is an early draft of a research paper that is publically shared before peer review. Preprints play an important role in immediate dissemination of research in the face of a crisis such as this pandemic but bad apples like this one often fall through the cracks.

These types of claims are not new. In a paper published on March 3, a few Chinese scientists claimed that there were two strains of SARS CoV-2, an ancestral S-type and an L-type derived from it. According to them, the L-type was more prevalent than the S-type and therefore was more “aggressive” and had a higher transmission rate. As their ominous assertion of the virus mutating and becoming more dangerous went viral, it was quickly taken down by experts who strongly criticised it for the methodological errors in their paper. In its webinar for doctors managing Covid-19 patients, AIIMS, Delhi, nevertheless continues to emphasise that the “more serious” S-type has a limited circulation as compared to its milder cousin, L-type.

Anand Ranganathan had earlier also shared a preprint from IIT Delhi that suggested that the SARS CoV-2 was bioengineered with sequences from HIV. The tawdry analysis done in that paper was denounced by multiple scientists, forcing the original authors to retract their paper. Analysis of the SARS CoV-2 genome has made it abundantly clear that it has a natural origin and is not a biological weapon.

Claims about virulence and transmissibility that are not supported by solid science are not just misleading but are also detrimental to our mitigation efforts. The fictitious idea of a weakened virus simply adds carelessness and a false sense of security in the public and policymakers. In a rapidly evolving pandemic, this complacency comes with a cost.

We have seen this happen before. During the Zika outbreak in 2018, the government of India on suggestions of ICMR decided not to communicate to the public, the urgency of the outbreak based on the information provided by NIV, Pune, claimed that the particular mutations that cause microcephaly in infants were not seen in the five samples that they collected in Jaipur. Their assertion was proved premature and after in-vivo and mouse studies showed that there are other mutations that too can cause microcephaly.

Good research is a long and arduous process. It can be challenging to quickly research a virus we didn’t even know existed a few months ago. But this is no excuse for churning shoddy armchair research. Policies and news-driven by such research only help the virus, not the host. 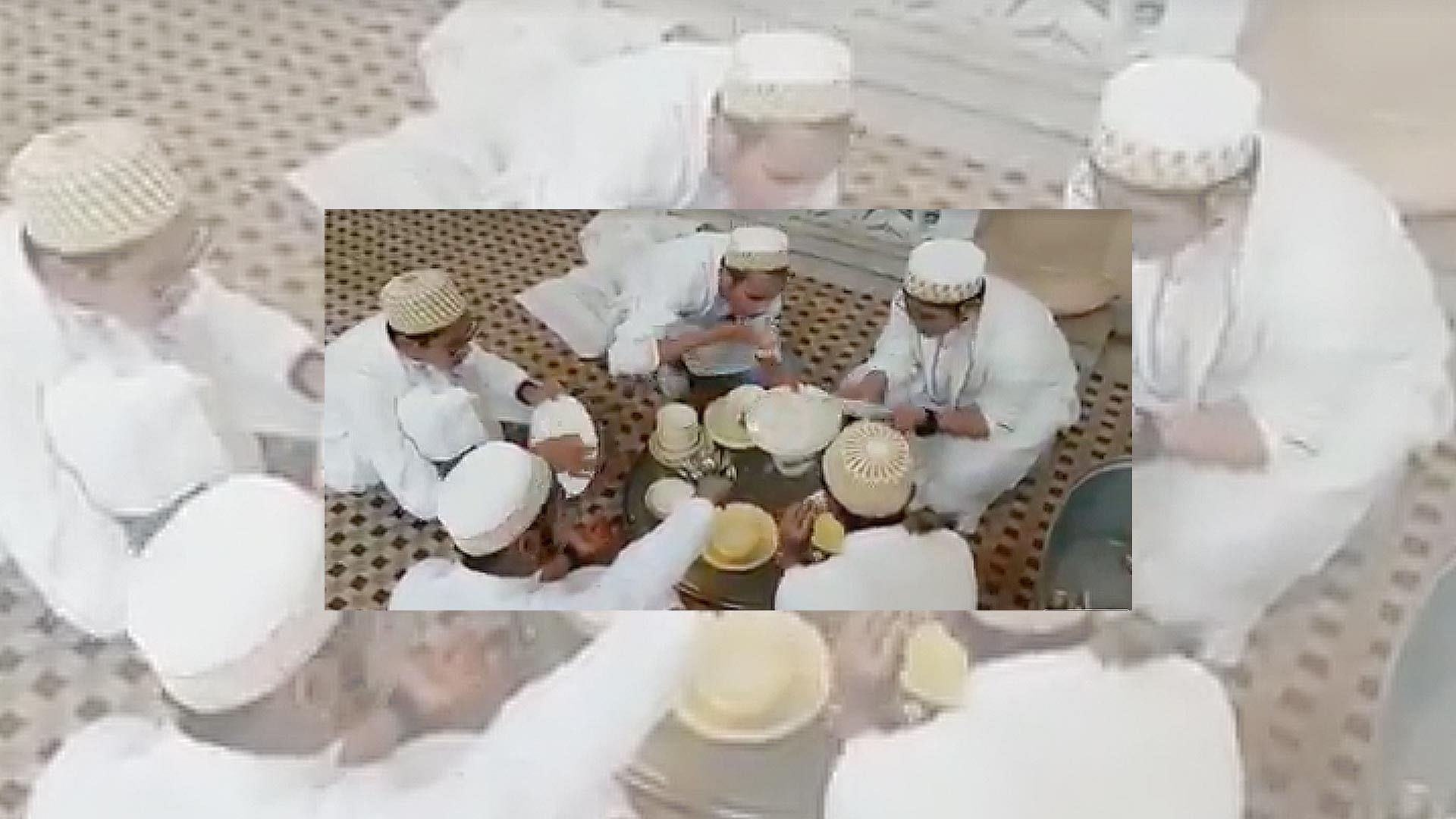 Coronavirus: What we have learned from latest research