Any company in India wanting to do business without being disturbed needs to be in the good books of the government.

In the post-Covid world, companies are looking to cut costs in order to survive. They have been doing so in various ways. Some of the popular ways in the Indian context are:

2) Putting any fresh recruitment on hold.

Of course, employees, contract workers and vendors dealing with companies have had to face the brunt of such moves and haven’t liked it one bit. Questions have been raised about how it is that a company does not even have the capacity to survive for even a few months without business.

The fact of the matter is that many companies are tight on cash. In fact, the ratings agency Crisil pointed out in a recent report that around 70 percent of 40,000 companies have cash to cover employee costs only for two quarters. (As the table below shows).

As can be seen from the table, the smaller the company the lower is its ability to keep paying employees with no business in sight. Companies with a turnover of up to Rs 100 crore have enough cash to pay employees for five to six months at best. Of course, these companies aren’t going to keep paying money for five to six months without any business in sight. They will try to make sure this cash lasts them for a longer period than just five to six months. Also, they don’t want to run out of cash. Hence, it’s only logical for them to take one or more than one of the steps mentioned earlier. You can’t blame them for trying to survive. Of course, in the process, the employees, contract workers and vendors have to bear the costs. There is no free lunch.

But even these companies are looking to cut costs by cutting salaries, holding back increments and variable pay, and postponing paying their vendors. Why? The reason lies in the fact that many companies have very little idea of how the post-Covid world will play out and where they will be placed in that world.

As John Kay and Mervyn King write in Radical Uncertainty: Decision-making for an Unknowable Future, “Emperors, explorers and presidents made decisions without fully understanding either the situation they faced or the effects of their actions. And so must we.” The current situation for companies is similar to what Kay and King talk about. But decisions need to be made, irrespective of whether companies understand the situation they are in or not. In this scenario, the easiest and the most practical decision is to hold on to as much cash as possible so that the company can live to fight another day (or should I say die another day?).

This explains why some of India’s largest companies have been so aggressive on the cost-cutting front. They are utilising the uncertainty generated by the fear of the spread of Covid-19 to become leaner, something they would have found difficult to execute in good times.

Companies are trying to survive and adjust to the post-Covid world and they will do whatever it takes to achieve that. Hence, people criticising companies for trying to survive should take whatever I have written until now into account as well.

Having said that, how does one explain companies – in particular some of the biggest ones – cutting costs and getting employees and vendors to pay for it while donating crores to the PM Cares fund. What about first taking care of your employees and vendors who have been working regularly for you?

This is where the argument that I have been making up until now about companies cutting costs in order to survive and fight another day starts sounding very specious. I mean if you can pay crores into the PM Cares Fund, you should definitely be paying your vendors and your contract workers, and not postponing their payments.

Of course, companies understand this, but they have still gone ahead and donated money to the PM Cares fund while trying to cut costs. Why? The answer perhaps lies in something that Raghuram Rajan and Luigi Zingales write in Saving Capitalism from the Capitalists: "Throughout its history, the free market system has been held back not so much by its own economic deficiencies as Marxists would have it, but because of its reliance on political goodwill for its infrastructure [emphasis added]. The threat primarily comes from...incumbents, those who already have an established position in the marketplace...The identity of the most dangerous incumbents depends on the country and the time period, but the part has been played at various times by the landed aristocracy, the owners and managers of large corporations, their financiers, and organised labour.”

The point being that any company in India which wants to continue doing business properly, without being disturbed, needs to be in the good books of the government. And this explains why Indian businesses bend over backwards to keep the politicians happy. This can be seen in CEOs giving the budget nine out of ten minutes after the finance minister finishes the budget speech. It can also be seen in corporate chieftains never saying anything against the government and trying to praise the ruling dispensation as often as possible. (Remember all the CEOs who came out in favour of the hairbrained demonetisation scheme.)

Paying crores into the PM Cares fund while cutting costs by not paying employees, contract workers and vendors is just another manifestation of the same. It shouldn’t surprise us. 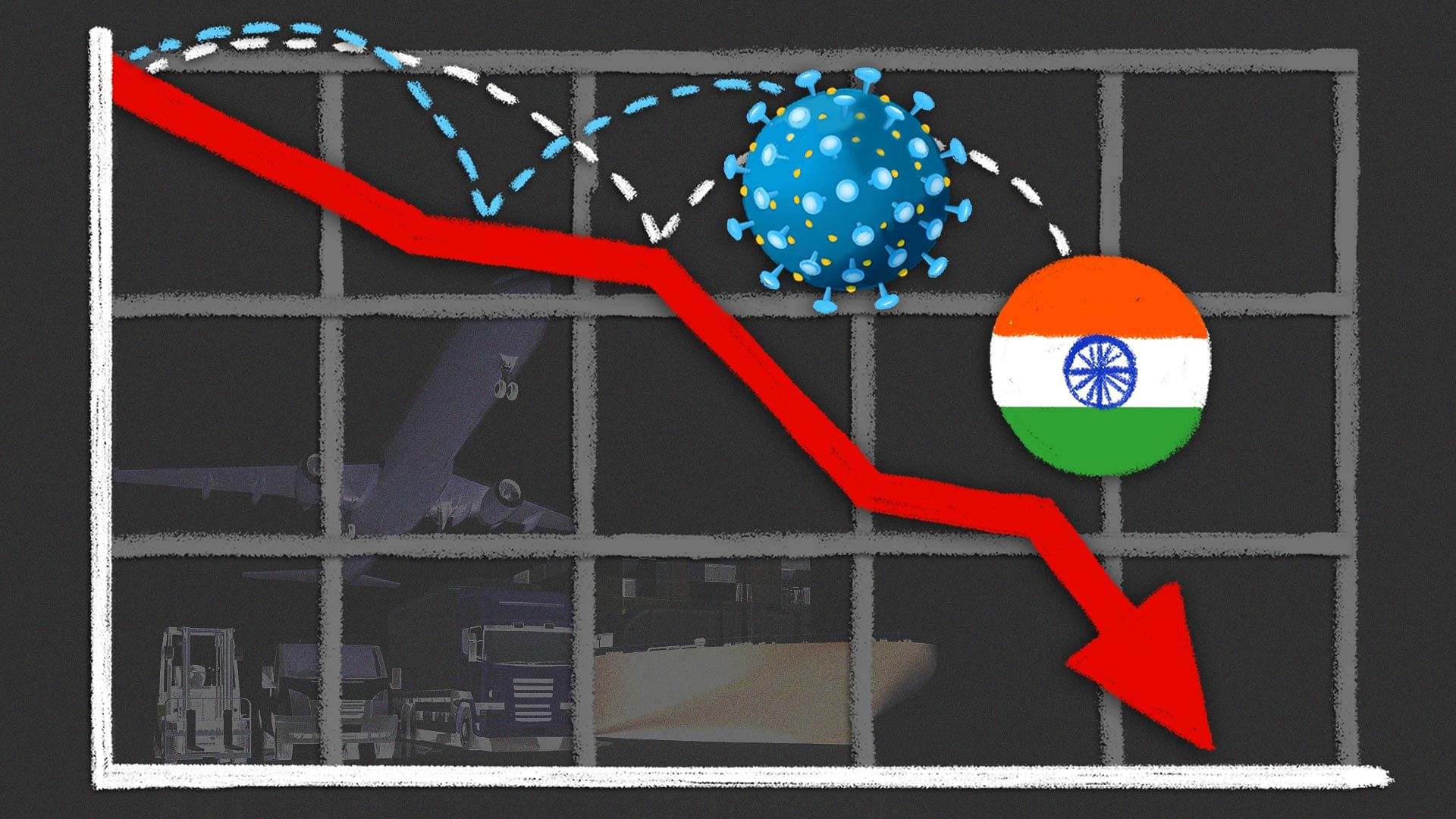 India’s economy was in a rut even before Covid-19 struck. Here’s the evidence