India should prepare to defend against joint manoeuvres by China and Pakistan all along its land borders.

The border crisis in Ladakh seems to be in danger of spurting across the length of the (not fully agreed) boundary between India and China. There are worrying reports of a Chinese military build-up along large sections of the boundary, and of the People's Liberation Army having conducted war games, apparently aimed at India, in places resembling Ladakh’s landscape.

Some of the popular media commentary has so far been blinkered with regard to a potential Chinese threat. One of the few well-informed and balanced articles turned up in Swarajya magazine on June 10.

Over the past few days, some anchors have suggested rose-tinted scenarios, conjuring visions of Chinese soldiers fleeing pell-mell from battlefields. Such telecasts are, of course, propagandistic in intent, but their arguments are factual. The PLA has not been in a war since 1979, when the Vietnamese defeated it. And PLA soldiers, habituated to comfort, might be unwilling to die in battle since, thanks to China’s erstwhile one-child policy, most of them are the only child of their parents.

These could have served as good arguments for the Indian army to immediately wrestle back the Chinese in Ladakh, except that we could face scenarios that those upbeat anchors hadn’t factored in. If matters escalate, air forces and missiles could come into play too, not to speak of China’s redoubtable cyber warfare tools. As in such fields as communication and manufacture, computers and the internet play a vital role in contemporary warfare.

Already, the media had been split over how to interpret the June 6 talks. Some focused on the general agreement to gradually back away from the face-off at several points on the Line of Actual Control in Ladakh. Others underlined the Chinese refusal to discuss the intrusion at the Galwan Valley, as also delays in executing the agreed pullback. Indeed, a well-informed officer told me on June 11 that no real pull-back was evident on the ground.

I had mentioned a fortnight ago that China might hold off for the present, but resume hostile moves in the area later. That, it now appears, might happen sooner than later. And that’s when their new stronghold at Galwan could prove costly for India. For, from the heights around Galwan, the Chinese can pick off Indian armaments moving to the army’s Sub-Sector North, or SSN.

Since the SSN lies between Aksai Chin and the Siachen glacier, one possible war scenario is that the Chinese and Pakistanis try and take over Siachen in a pincer strategy from east and west.

The reason India has scant options is that the government has never prepared for this sort of eventuality by pin-pointing and gearing up to exploit China’s weak points during a putative war. It doggedly focused on the immediate term whenever it faced a Chinese provocation over the past couple of decades. Each time, it just wanted the particular intrusion to go away.

Focusing sharply on Pakistan, the army may not have adequately war-gamed scenarios such as this. Nor do think-tanks grapple with the longer-term objectives and strategies of this challenger. Most of them seem to think the Chinese just push in every now and then for a lark, or to play mini-monopoly with the boundary line without any larger objective.

The key to understanding the challenge is one I have repeated often over the past decade: India does not face one enemy but rather, a Sino-Pak axis. True, Pakistan has hitherto been the face of that axis, but China is at its heart. Not just that, since 2010, the rage of young Kashmiris has been fuelled and manipulated in order to add a third, potentially potent, arm to that strategic alliance.

The Chinese are no fools. They will expect the body bags on their side to be filled by Pakistanis and Kashmiris.

Nevertheless, Pakistan would be delighted to play China’s game. After all, the objective — as laid out explicitly by China’s President Xi at Mamallapuram — is to get India to sit down with China and Pakistan to sort out the future of Jammu and Kashmir, while the “iron brothers” pretend to be two separate voices and so, get two votes among three. That must sound like a dream scenario to Pakistan’s generals.

Since the beginning of last year, I have noted narratives in public discourse that described the Kashmir dispute as trilateral, involving India, Pakistan and China. Some of these narratives, including short films, emerged from the UK.

The government hasn’t seemed bothered—not even when China responded stridently to the constitutional changes last August, nor when it pressed for tripartite talks soon after.

The China-Pakistan nexus began in 1959, when work commenced on the Karakoram Highway that connects the two countries through the then state of Jammu and Kashmir. That highest road in the world was completed in 1979. It was obviously a strategically vital plan, for as many as 1,000 men died during its construction, 200 of them Chinese.

In March 1963, Pakistan ceded the Shaksgam Valley part of Jammu and Kashmir to China, and became the fulcrum of Sino-US detente through the next decade. The depth of the military relationship became obvious when General Musharraf sat in Beijing during the Kargil war.

Ties deepened at the turn of the century, when China allocated funds to upgrade the mountain highway and to deepen the Gwadar port at the other end of the putative China-Pakistan Economic Corridor. The two countries signed a Treaty of Peace, Friendship, and Good Neighbourly Relations in 2005, and began to declare themselves as the closest of allies.

In an article in a Pakistani daily on the eve of a visit to Islamabad in April 2015 to announce grand CPEC plans, President Xi wrote: “This will be my first trip to Pakistan, but I feel as if I am going to visit the home of my own brother.”

Since then, China has extended its tentacles into this brother’s road, rail, metro, pipeline, and power infrastructure, its agriculture, irrigation, industries, transportation, communication, and even its entertainment. China has posted troops, is installing CCTV cameras all over, and is building military installations.

It is evident to all — except our brass and think-tanks — that the CPEC will not only turn Pakistan over to China, it will make Pakistan China’s thoroughfare to the world. The Gulf, east Africa and Europe through the Suez will all be close from Gwadar and Karachi.

To the perceptive, there is no gainsaying how huge an asset the CPEC is for China.

J&K is the hinge

It isn’t possible, of course, without free access through Jammu and Kashmir. China’s moves in Ladakh and elsewhere should be interpreted in terms of its wish to gain (along with Pakistan) juridical control over that vital passage, all of which India claims.

This strategic geopolitical objective has stared us in the face at least since the CPEC came up, if not since the start of this century. So has China’s political objective to punch down its only same-demographic-weight-class potential competitor. That despite this, India’s strategists have refused to acknowledge a threat from the Sino-Pak axis seems straight out of Alice in Wonderland.

Pakistan has signed on to China’s plans, despite all the debt and other pitfalls of the CPEC, precisely because it hopes to finally get juridical control of at least a substantial part of Jammu and Kashmir in tandem with China.

I had recommended in an earlier column that India should ask the world to turn the Gilgit-Skardu quarter of the state into an international thoroughfare. India, Afghanistan, and the Central Asian republics could use it as well as Pakistan, China, and other countries that might wish to.

It is high time the government adopts bold strategies to regain the initiative over how this story unfolds. 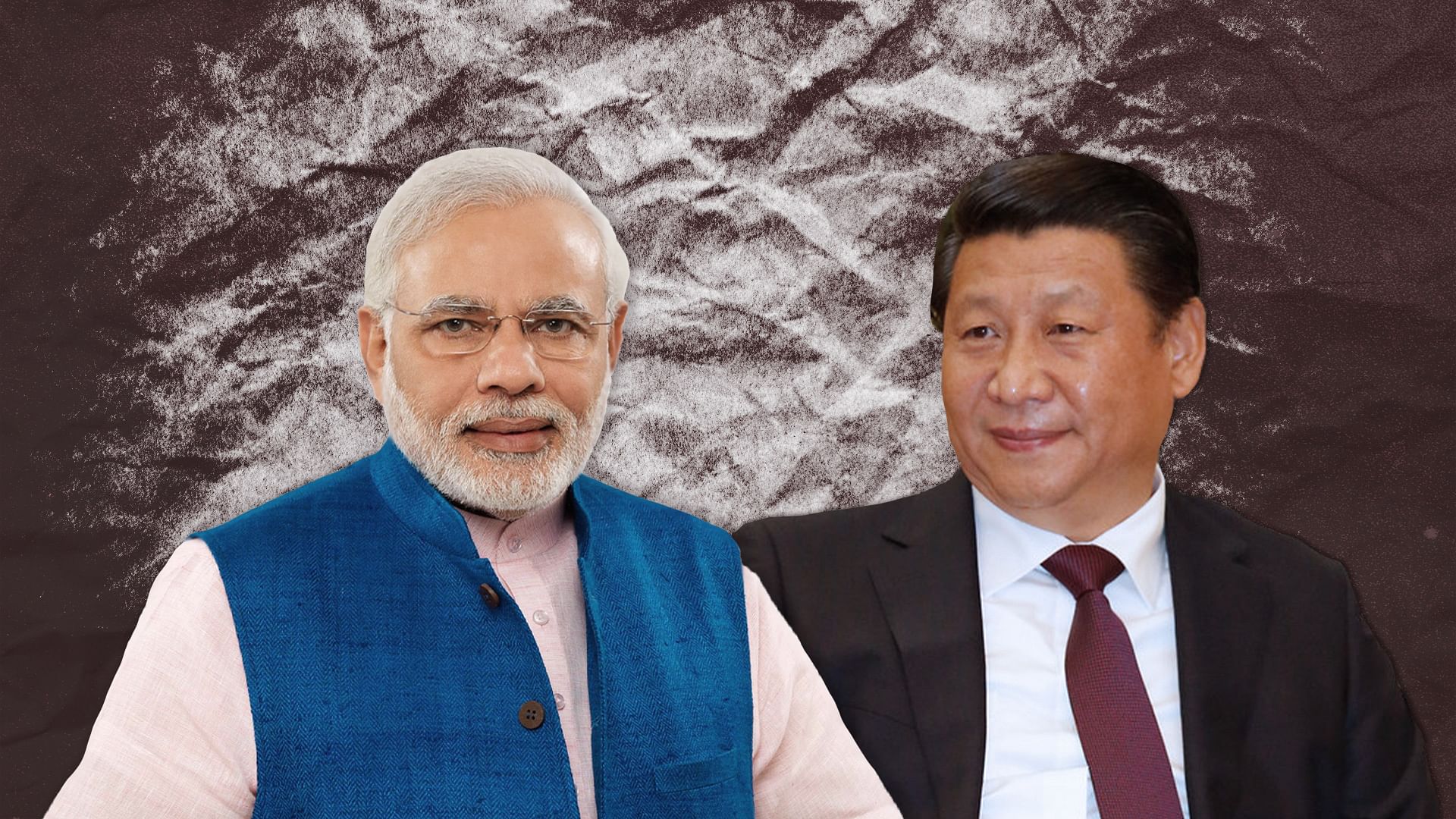