What the moral lessons for journalists quitting Republic TV miss out

Why do people join Republic TV and stay on despite its chief's nightly mutilation of journalism? It's complicated.

I am finally putting out on social media. I have quit #RepublicTV for ethical reasons. I am still under notice period but I just can't resist today to throw light upon the aggressive agenda being run by #RepublicTV to vilify #RheaChakraborty . High time I speak out!

I haven’t spoken to Shantasree Sarkar and don’t know the exact reasons for her resignation, neither am I aware of Republic TV’s side of this story. But it has been unsettling to see people dump on Shantashree since last night with neat and uncluttered moral expectations.

In a reported piece that Newslaundry published this week, several former employees like Shantashree spoke to me about their reasons for leaving Republic TV — some within a few days, others within months, still others after years. They had similar stories for why they left — told to cross clear ethical lines, a work environment driven by fear and one man’s megalomania and extreme political partisanship. I use the word “extreme” because most broadcast journalists have made peace with some level of partisanship, which is not a post-2014 phenomenon.

The report, however, doesn’t address why people joined Republic TV in the first place, or stuck around despite the very obvious mutilation of journalism by the news channel’s commander-in-chief that has been on display nightly on primetime since his Times Now days.

Based on what I gathered from my conversations with the former Republic TV employees – some of whom have worked closely with Arnab Goswami – I can only say that it’s complicated.

Not everyone’s in the business of telling ‘truth to power’

This may come as a shock because we have linear assumptions about why people become journalists but not everyone’s in the business of telling truth to power.

For some people, journalism is really just a job – as a deskie, a reporter, a production assistant, or a camerperson. Yup, some people go to work, edit copies and make pages without caring about how the newspaper is killing stories on human rights violations in Kashmir. They go out reporting, do their piece-to-camera on the latest parliament session without being bothered about how their promoters/editors act as rottweilers for the government.

They have a life outside their newsroom that is funded by working as a journalist — rent, home and car loans, evening out at a bar with friends, vacation with the partner. Lawyers do this, chartered accountants do this, bankers do this, doctors do this, and so do news professionals.

The decision to join a TV channel then is just about the job offer – what my role would be, how much would I be paid, what working there might mean for me. And that’s that. Note that journalism jobs are few and far between now. We have seen a spate of layoffs over the past six months. In such a job market, it’s not always fair to question why someone would choose to draw a salary from Republic TV, as opposed to drawing no salary at all.

Remember also that a lot of fresh graduates from journalism colleges need mentors in the field to truly understand the purpose of journalism as a public service.

If you are a broadcast journalist, you are in an unenviable position to take inspiration from newsroom leaders such as Sudhir Chaudhary, Deepak Chaurasia, Rajat Sharma, Anjana Om Kashyap, Rubika Liyaquat...you get the drift. So, how bad an Arnab Goswami is in this scheme of things is a function of where you draw the line. For many young people entering the broadcast business — or even those who have spent up to five years in the industry — that line is getting blurred by the day.

There is a crisis of able and upright leadership in TV news, which goes beyond Republic TV. Most young professionals are a victim of this crisis.

Morality is not neat

Speaking with Republic TV ex-staffers, it was clear that different things had pushed them to join and then quit the channel. Some were okay with the pro-BJP stance or jingoism – because again “turn on a TV news channel and tell me who is not doing it” – but weren’t okay with heckling opposition leaders. Others were okay doing those “chase sequences” but wouldn’t like to jump gates and trespass into people’s homes or offices. Anchors could be okay taking the channel’s line on needless vilification of an opposition leader, but wouldn’t like to sting them or record them surreptitiously.

When I say okay, I don’t necessarily mean they didn’t feel uncomfortable doing those things, only that they decided to suck it up or look away till a better opportunity came their way.

Or better yet, they tried their own little mutinies.

Many people told me they would try and slip in stories that they felt were important. Some said they kept filing stories knowing that they would be killed, but that it was important to at least file them. Some ex-employees, when in positions of influence, fought back without taking to Twitter and announcing their grievances to the world. Others tried their best to do a half-hearted job of an agenda story. People waited for better opportunities to move out; some are stuck there because we are in a terrible job market.

The reality of much of Delhi’s TV news industry, and indeed big corporate media newsrooms, is that you have to constantly negotiate a compromise between the owner/editor’s sense of morality and your own. The owner/editor, in turn, negotiates the realities of the TRP-driven, ad-dependent business model. This was never going to be neat.

People are grudging Shantashree for saying that she left because “as a Bengali woman” she was offended by the channel’s coverage of Rhea Chakroborty. Why was she not offended by the vilification of women at Shaheen Bagh, JNU and Jamia students, Kashmiri Muslims, you ask?

Here’s the thing: it’s always personal. People do tend to act when it finally hits home, and the good news is that it's proof that they aren't dead inside — something I can’t say for a lot of TV news anchors I watch every night. For the past one month, I have watched women anchors lead the most abhorrent attacks on Rhea Chakroborty and it didn’t matter to them that they were women themselves.

I am not saying Shantashree is some revolutionary but even revolutionaries have often acted because something turned inside. We are told that it took a white man throwing him out of a train for Gandhi to realise the full horror of colonialism; the sufferings of his fellow Indians were not enough till then. Should Shantashree make it about “truth to power” or “ethics”? Well, many celebrity journalists pass off even the most mundane act of reporting today as being part of some great resistance, so I am not going to grudge her a little bit of catharsis on social media. More importantly, this was an ethical issue that struck a chord with her.

It’s unfair to presume that Shantashree did not resist her channel’s editorial line while she worked there. As I mentioned above, people did resist in their own little ways. During the Delhi riots, she tweeted about pro-CAA rioters attacking people with skullcaps. This may not have made it to primetime, but at least she tried to set the record straight in her own capacity. This is just one example, we don’t know of many.

Many people who have worked with and quit Republic TV would identify themselves as rightwing and may be even the belief that the BJP is good for the country. Some would identify with Arnab’s school of Soldiers First nationalism and zero tolerance in Kashmir.

Tejinder Singh Sodhi, in his interview to me, emphasised that he was a nationalist and believed in Arnab’s motto of “doing right by the nation and the Indian Army”. Some of his past and recent tweets have been circulated now to show that he is no “liberal hero”. Which he surely isn’t, but he never claimed to be one. And that to me is interesting. That Republic TV doesn’t just demand an ideological alignment from its employees, it demands crossing certain journalistic lines that even someone predisposed to the rightwing or the current government would not be comfortable breaching.

One grouse of Tejinder was that a story he had sourced from the Army was killed because it made the BJP look bad. Incidentally, his allegiances lie with the Army not the BJP. But, more importantly, this anecdote details how journalists are made to kill every journalistic instinct in them in service of those in power.

The news industry ultimately is also microcosm of our society – journalists are Left, they are Right, and they can be a lot of things in between. But they are all expected to function within the norms of journalistic conduct, which is a commitment to facts and fairness.

Republic TV, among other TV channels, is trying to alter that very nature of journalism and that’s why it’s important we listen to the stories of those who are quitting the channel, and recognise their role in wanting to stop the rot. We need more and more people to turn away, and encourage them to do so.

As someone who spends a lot of time watching news, I can tell you that the Republic of Arnab Goswami is a different beast altogether; it’s gone beyond being rightwing. I, for one, have never heard of an editor telling a reporter to sting their source! As I write this piece, there are reports of Republic TV reporters being arrested for trespassing at Maharashtra chief minister’s house. News gathering does not allow you to trespass. So, yes, I won’t be too judgemental towards those who didn’t anticipate where this was headed or those who quit because it got too much even for them after agreeing to work there.

A former Republic TV staffer told me: “There may be good guys in Republic who are there just to earn a living. There were and still are camerapersons, reporters and producers in Times Now who are secular to the core. They hate the channel. They hate the bosses, but they do the job and push off. My best friend in Republic TV, who is a staunch BJP supporter, would come up to me and say he felt sorry for what Republic TV was doing to Muslims. But he could do nothing to change it. He couldn't resist because he was in a trap of his own and had bills to pay. Most have credit card payments due, I did too. I only got the confidence to quit after I settled my credit card bill.”

He added that junior employees faced a greater financial burden: “Their salaries are very low, experience is less and perhaps don't have the confidence to quit.”

Again, this piece is not to portray those who leave Republic TV as perfect heroes, nor does it suggest that they be treated as saviours of journalism. It’s not a comment on their professional capabilities either. My point is just that their decision to quit and any criticism of it must take into account the complexities of scores of people working in the news industry. 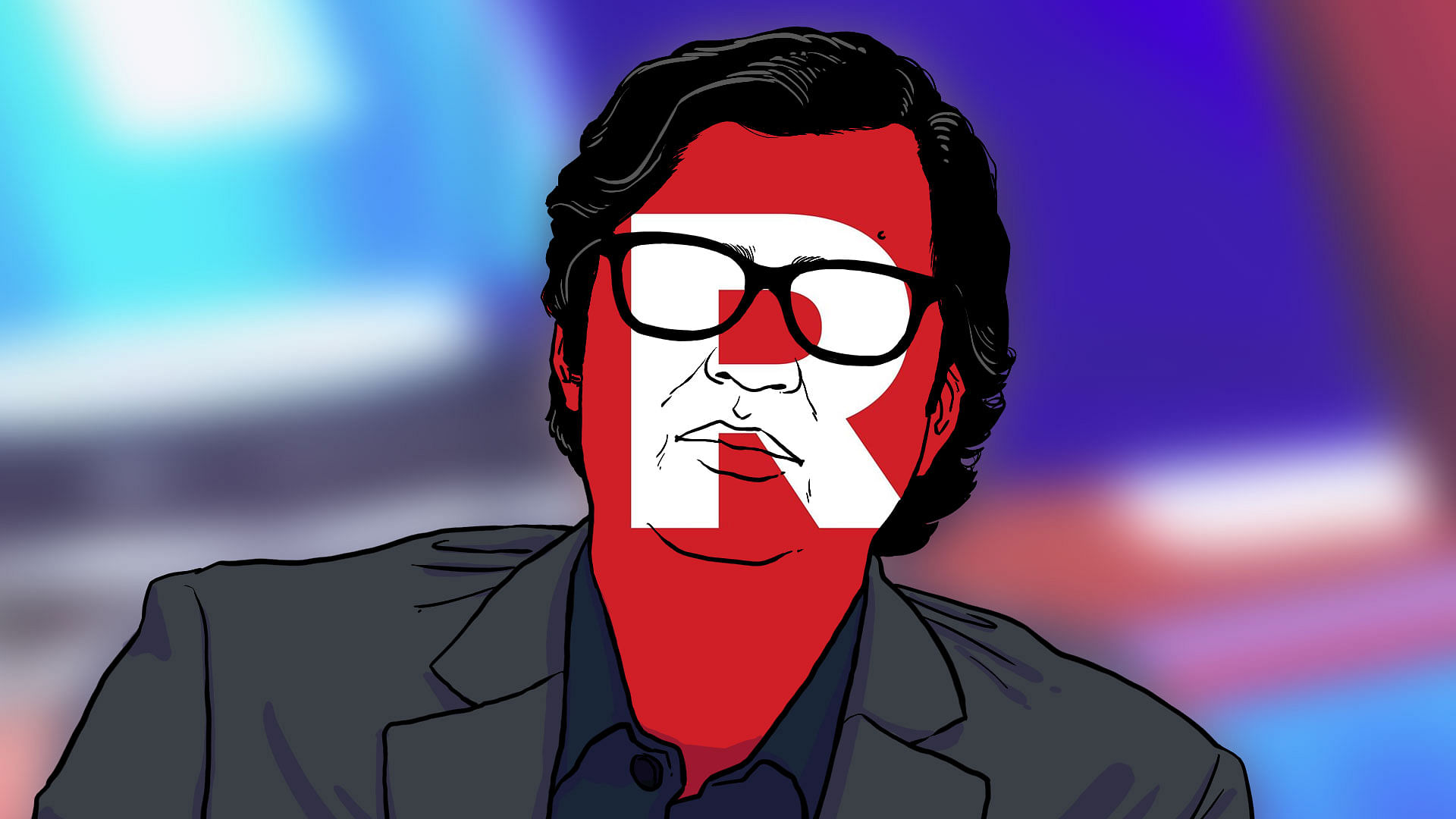 The Republic TV playbook: no permission but provocation