What more can you expect from media houses that are predominantly upper caste?

It’s been nearly a month since a 19-year-old Dalit woman was assaulted and allegedly gangraped in Uttar Pradesh’s Hathras, and the mainstream media has followed its typical four-stage lifecycle of coverage: indifference, sensationalism, accusations of connivance, and victim-blaming.

Most atrocities against Dalits do not cross the first stage for the media and go unnoticed. Those that capture the media’s attention almost always complete all four stages of the cycle. This hit-and-run coverage is a distressing and agonising sequence of events, especially for the families of the victims.

Look at all the infamous atrocities cases against Dalits that received national attention in the last two decades. Rohit Vemula’s suicide resulted in primetime debates on whether he was a victim of “politics”, and whether he was even a Dalit, sidetracking from the main issue of casteism on campus.

What is playing out now in Hathras follows the same trajectory. Let’s break it down.

Ten Dalit women are raped every day, according to data from the National Crime Records Bureau, but very few make it to the national news. The Hathras assault and alleged rape took place on September 14. The social media outrage by some Dalit Bahujan Twitter handles helped push the matter to the limelight. The Indian Express also filed a detailed report on what had transpired in Hathras on September 26.

Newslaundry was one of the first to send its reporters to the ground to cover the case even before the victim’s death. Its reporters Akanksha Kumar and Nidhi Suresh not only interviewed the victim’s family but also documented the caste bigotry that exists in the village. Kumar also tweeted about how the victim’s brother had posted about the incident on Twitter, tagging various media houses, but no mainstream media house stepped up.

This indifference stems from the media’s innate upper caste-based structure. News of Dalit atrocities is filtered out unless there’s a juicy angle. Contrast this with how the Nirbhaya case in 2011 and the Hyderabad case in 2019 receive primetime coverage for weeks, without any conspiracy angle or diversions.

Mainstream news channels began to cover the Hathras story only after the woman died on September 29, when the matter became political. The late-night tweets by India Today’s reporter, showing the police hastily cremating the victim’s body without the consent of her family, became sensational news. India Today and other leading channels allowed Hathras into their primetime programmes, though their focus was on the administration and the police, not the chief minister himself. The indifference turned into a story two weeks after the alleged rape, but it was short-lived.

Rahul and Priyanka Gandhi’s march to Hathras on October 1, their meeting with the victim’s family, Mayawati’s press conference demanding Adityanath’s resignation, the protest at Delhi’s Jantar Mantar — all these ensured that the story remained on primetime news from September 30 onward. A number of reporters, knowing the police had erected a blockade at the victim’s home, tried to sensationalise the issue through long verbal duels with the administration, thereby making the story about them instead of the victim. None of these journalists had cared to visit ground zero for nearly two weeks.

Thus far, channels like Republic, Times Now, News18 India and Aaj Tak were still concentrating on developments in the Sushant Singh Rajput case. While India Today followed up on its reporter’s late-night revelations from Hathras, its Hindi partner Aaj Tak was slower to catch up.

When Aaj Tak finally woke up, the channel tried to muddy the waters with a report on how the four Thakur accused should be exonerated if they were not guilty — indirectly suggesting that no rape had taken place. When someone at the village called it a “farzi ghatna”, or fake incident, the channel’s reporter chose to keep mum.

Between October 2 and 6, multiple cock and bull stories were aired by the media to directly or indirectly raise doubts on the Dalit family. Some stories clearly came from the government, such as the involvement of the PFI, the leaking of phone calls between a reporter and the victim’s brother, that the victim had not mentioned rape (which is untrue), and the “caste riot conspiracy” theory.

Republic took it even further with its programme on how the Hathras incident was a “manohar kahaniya” — a fake story.

Over the next few days, these news channels came up with dozens of unsubstantiated stories. Times Now, for instance, aired a “mega exposé” on October 7 on how the caste angle was “severely dented” since the victim knew the culprits, based on phone data. As if knowing the accused somehow precludes a rape angle.

Republic Bharat alleged that the Congress tried “tutoring” the victim’s family and offered the family Rs 50 lakh. The channel also suggested that there was a conspiracy to create animosity within the community. It used the tagline “Republic Bharat par Danga gang benaqab”. This was parroted by both News18 India and Aaj Tak, who echoed the government’s theory of conspiracy.

News18 India ran a programme on the so-called “Hathras Naxali connection”, claiming that a “mystery” woman helping the victim’s family was connected to the Naxalites. The woman turned out to be a Jabalpur lecturer who was helping the family for a few days.

And these are just some of the many, many programmes across these channels that maligned the family and cited multiple conspiracy theories to create chaos on primetime.

As these conspiracy theories fell flat, the media turned its gun on the victim. Anamika Singh of News18 Uttarakhand brazenly questioned the Dalit family on “caste conspiracy” based on phone call records.

The media also suggested that the family took money. Dainik Jagran violated all boundaries of ethics by using a headline that blamed the victim’s mother and brother for her death, without attributing it as a quote from one of the accused.

On Zee News, Sudhir Chaudhary threw ethics to the wind by questioning the victim’s “character” based on random villagers’ opinions of her “love story” with Sandeep, one of the accused. Chaudhary suggested that the woman wasn’t raped, conveniently ignoring her dying declaration to the contrary, without addressing a single question to the Adityanath administration.

The media’s job is to amplify the voices of the vulnerable and question the government. In Hathras, the media by and large amplified the government’s conspiracy theories, though the victim’s dying declaration, which has immense evidentiary value, should have been enough to put a stop to “debates” on whether or not she was raped.

The family now faces a narco test and you can be sure that the media will amplify this, keeping the focus on the family rather than the breakdown of government machinery. The core issue of justice has been lost from September 20 to October 6.

Channels frantically searched for Dalit guests for their shows, who are invited only for Dalit issues, to talk about caste, as if the upper castes are caste-neutral.

Where are the Dalit reporters?

The Indian media has adequate representation of female reporters and anchors. Some of them did a great job in reporting the story but they were all upper caste.

And yet, the emotion seen while reporting the Hyderabad case or the Nirbhaya case was missing in the Hathras coverage. Some reporters even posed for “calm” pictures in the village and posted them on Twitter.

Meena Kotwal, a Dalit journalist working for the digital news portal the Shudra, tweeted on how upper caste editors and anchors are simply insensitive to the plight of the marginalised.

Dalit representation in the electronic media would have ensured that the focus remained on the Uttar Pradesh government’s cover-up, including coercion of the victim’s family, and the institutionalised casteism in the country. In the absence of diversity in newsrooms, much of the media’s occasional coverage has remained a simple hit-and-run job. The story has already faded from primetime programmes and the Uttar Pradesh government was never really held to account. The coverage neither fought for justice for the victim, nor did it address the larger spectre of caste in society.

***
Independent media is on the frontlines of the coronavirus crisis in India, as elsewhere, telling stories that need to be told and asking questions that need answers. Support independent journalists by paying to keep news free. Subscribe to Newslaundry today. 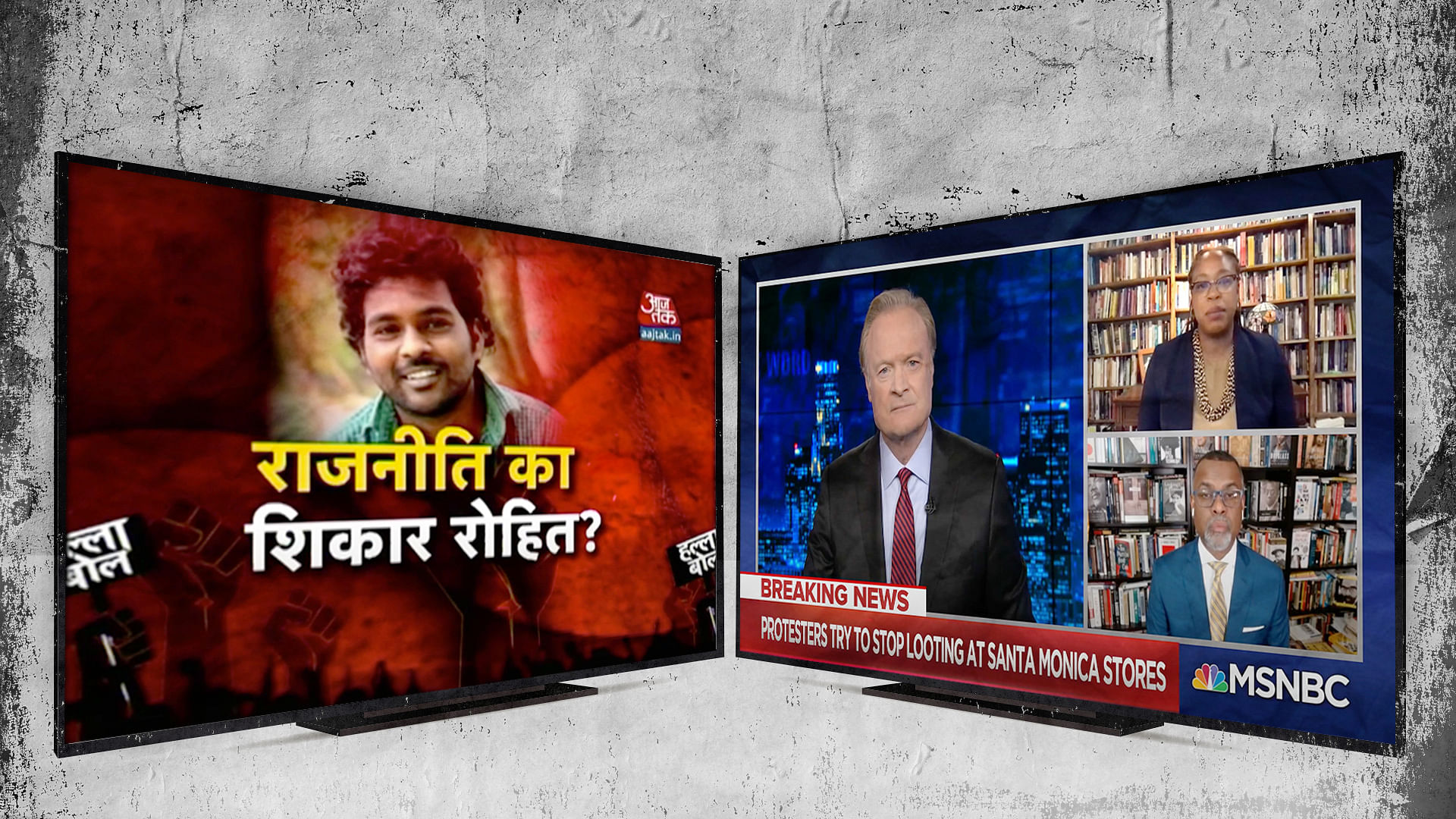 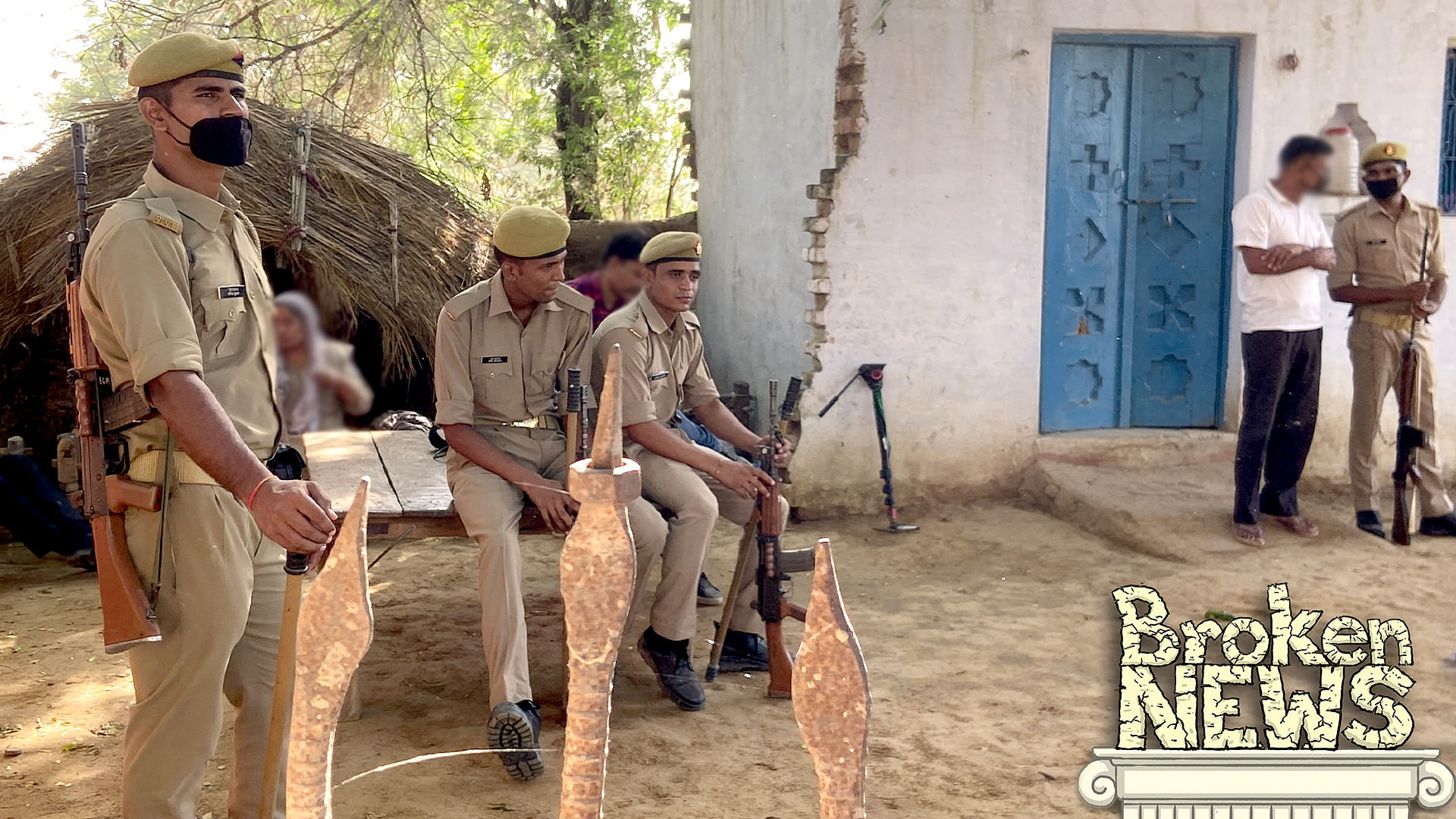 Welcome to Broken India, where indignity and injustice for the marginalised is the norm