Here's what the police complaint says.

Never before have TV news channels united as they did last week when the Mumbai police claimed to have busted a “TRP scam” in the city. TRPs are measured through “barometers” installed in select houses; the police said that some channels paid money to homeowners in whose houses barometers were installed, in order to “manipulate” the ratings.

The police named Republic TV as one of the biggest names involved.

An industry often divided now came together to condemn Republic, expressing shock and anger over the scam.

Ratings matter because that’s how advertisers decide which channel they’ll spend on. But the ratings game in India has always been mired in controversy. In the backlash that followed the Mumbai police’s announcement, the Broadcast Audience Research Council has suspended its weekly TV ratings for three months.

But in this case, all might not be what it seems.

Mumbai police commissioner Param Bir Singh held a press conference about the scam on October 8. He said the owners of two Marathi entertainment channels, Fakt Marathi and Box Cinema, had been arrested, and that Republic would be questioned.

The channel petitioned the Supreme Court seeking a CBI probe, but the apex court directed it to approach the high court.

What Singh did not mention during his press conference was the name of another channel that figures in the FIR filed by the Mumbai police. The channel’s name also appears the police complaint by Hansa Research Group Pvt Ltd, a research group contracted by the BARC which had alerted the police to the scam.

This channel is India Today, though the Mumbai police said that its connection to the case was “not substantiated by any of the accused or the witnesses”.

Newslaundry decided to look at the police complaint in the case.

On October 6, an FIR was filed in the Kandivali police station based on a complaint by Nitin Deokar.

Deokar, 55, is the deputy general manager of the Hansa Research Group Pvt Ltd. Hansa maintains 30,000 barometers for the BARC across the country. Two thousand of these barometers are in Mumbai.

Deokar’s complaint was filed against Vishal Bhandari, 21, a relationship manager at Hansa. Bhandari had been arrested on October 6, and the police quoted him as saying that he would “offer money” to households to increase the TRPs of “India Today and other channels”.

Deokar’s complaint said that Hansa’s relationship managers are tasked with installing and maintaining barometers, and “creating awareness” about their use with homeowners.

On June 11, Deokar alleged, he uncovered the “manipulations by Bhandari” during a routine audit visit to the latter’s house in Malad. The audit team found a spare barometer in Bhandari’s house, and discovered that Bhandari’s parents were one of those whose homes had a barometer installed.

On June 17, Bhandari was called into the BARC office in Parel for questioning by Hansa’s operation manager and BARC’s vigilance team, Deokar said. At the time, Bhandari claimed he had been telephoned by a Vinay Tripathi last November. This Tripathi purportedly told him to approach five homeowners in Mumbai and ask them to watch India Today for two hours every day. Tripathi also met with Bhandari at the Malad railway station, the complaint stated, and gave him Rs 5,000 as commission and Rs 1,000 to pay the homeowners Rs 200 each.

Bhandari’s “malpractices” took place from November 2019 to May 2020, Deokar alleged. He would “meet different people” at the Malad railway station to receive money in return.

The complaint identified the five homeowners who had been approached as Tejal Solanki, Neeta Sangoi and Sagar Kanabar in Kandivali (West), Bhandari’s father Ved Bhandari in Malad (West), and Adarsh Shukla in Borivali (West).

After Bhandari was questioned, the complaint said, the audit team visited Solanki’s house. Solanki told the team that Bhandari gave her money to watch India Today every day for two hours.

“The accused person and his accomplices have been distributing money to some of the panel homes in lieu of watching certain channels,” the complaint said. “They have been visiting households and trying to influence them...They also showed the panel homes to a third party which is a clear branch of the non-disclosure agreement that they signed with the company.”

‘I was paid to watch Box Cinema’

Newslaundry went to meet the five homeowners but were not permitted to do so by police personnel posted outside their respective houses.

Solanki and Kanabar live in the same building in Kandivali (West). Sandeep Patil, a policeman stationed outside, told this reporter: “We have orders from above that the press is not allowed to meet the members. We have to follow the orders of our seniors.”

However, Adarsh Shukla, 17, agreed to meet Newslaundry in a slum in Borivali’s Dashrath Nagar. His father Sanjay, who lives with Adarsh, was at the meeting too.

Sanjay, who works as a driver, said: “In November 2019, a person by the name of Vishal Bhandari came to our house to install a barometer. I was not home at the time so he met my son, Adarsh. He told him he’ll give Rs 400 to install the barometer at our house and pay Rs 200 extra for watching Box Cinema channel for two hours daily. He said he would transfer the amount into my son’s bank account.”

He continued: “We didn’t know this would turn into such a mess. Otherwise, I wouldn’t have let that barometer be installed in my house. For the last three or four months also our TV has not been working. This thing has become unnecessary tension for us.”

Adarsh corroborated what his father said; that Vishal Bhandari told him to watch Box Cinema for two hours a day. “He transferred money into my account till April. But for the last three or four months, he has not been in contact with me.”

The Mumbai police has also arrested the following people in this TRP scam case: Bhandari, Bompelli Rao Mistri, 44, Shirish Pattanshetty, 44, and Narayan Sharma, 47. Some of the accused are “absconding”, the police said, including Rocky and Dinesh Vishwakarma.

Vinay Tripathi is the man who purportedly telephoned Bhandari in November and asked him to find at least five homes to watch India Today — and Bhandari allegedly complied. Tripathi was arrested by the Mumbai police on October 12 in Uttar Pradesh's Mirzapur.

Similarly, according to a remand report, Bompelli Rao Mistri gave Bhandari Rs 20,000 per month to get eight to 10 houses to watch Box Cinema and Fakt Marathi daily. Each home was to be paid Rs 400-500 from the Rs 20,000 and Bhandari could keep the rest.

Rocky allegedly asked Bhandari to distribute money to houses to watch Republic, the report said. Shirish Pattanshetty and Narayan Sharma allegedly paid Mistri who, in turn, paid Bhandari and others to increase the viewership of Republic, Fakt Marathi and Box Cinema for two hours a day each.

On October 16, three witnesses deposed before a magistrate, saying that Republic "made payments to them", the Times of India reports, which a fourth witness gave a similar statement about Box Cinema.

So, why wasn’t India Today pulled up by the police as well?

Milind Bharambe, the joint commissioner of the crime branch, which is investigating the case, told Newslaundry: “India Today’s name appeared in Hansa’s audit report and that’s why it appeared in the FIR. But later, panel home members denied it. One of them (Tejal Solanki) even appeared on television. As of now, India Today’s namehas not surfaced in our investigation. Only the names of Republic, Box Cinema and Fakt Marathi have appeared.”

Of the five homeowners mentioned in the complaint, did any of them mention Republic's name? "They denied the names of both Republic and India Today," said Bharambe. "They also said they have not taken any money to put the channel on their television sets."

We reached out to India Today and Republic TV for their comments. The story will be updated as and when they respond. 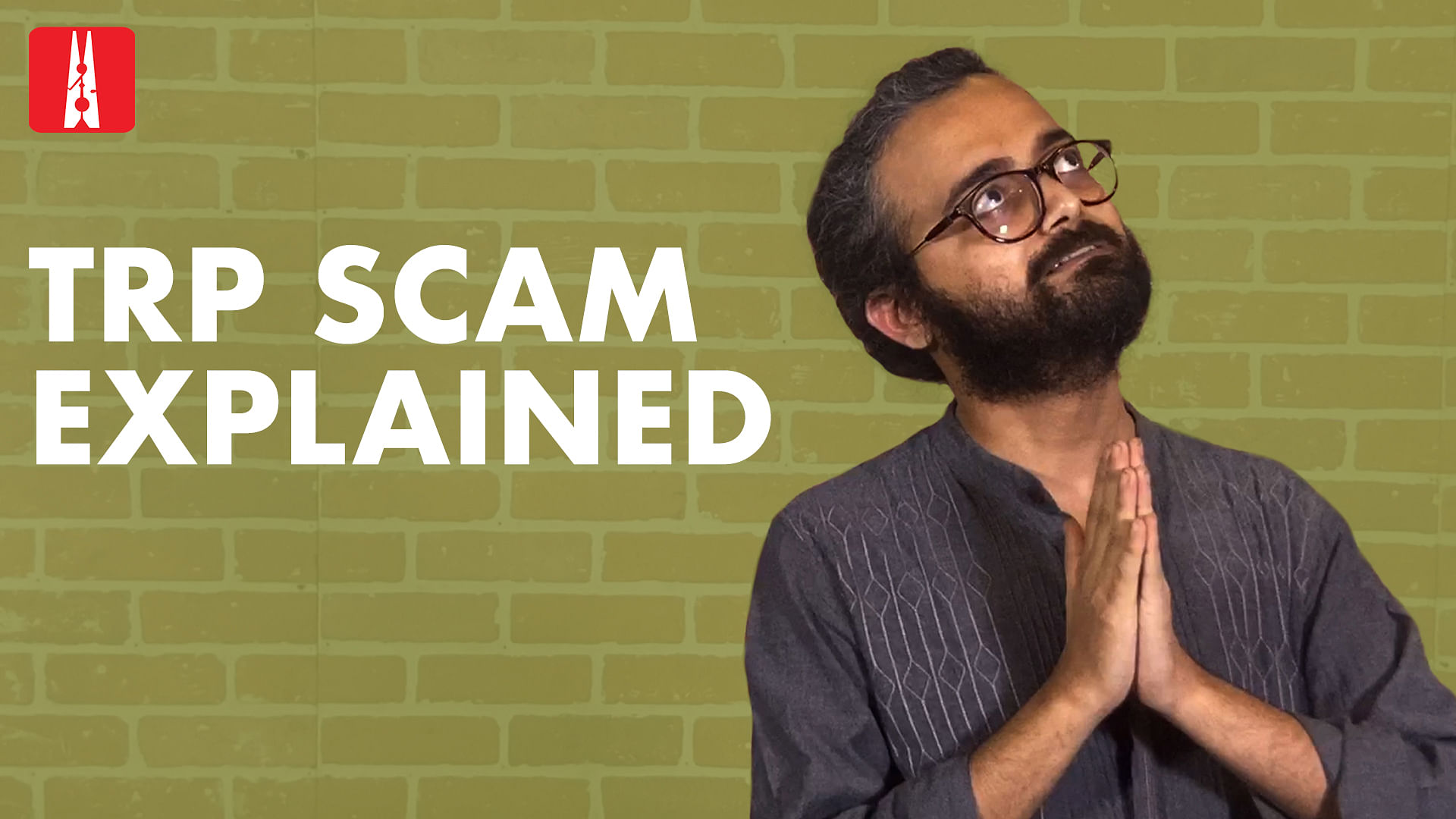