They were told over a WhatsApp call to send in their resignations, the News Minute reports.

The Times of India has laid off at least 20 journalists in Kerala, the News Minute reported on Wednesday. Staffers have been let go in Karnataka, Telangana and Tamil Nadu as well.

The layoffs were necessitated by losses suffered by Bennett Coleman and Company Limited, the newspaper’s parent company, because of the Covid pandemic, the News Minute reported, quoting an unnamed source.

This is the second batch of journalists to be laid off by the paper in Kerala alone since the pandemic hit India. One of the sacked journalists told the News Minute they had not been given intimation about the impending loss of their jobs before being sacked over an unexpected WhatsApp call. Another journalist said they received Whatsapp calls from the management telling them to hand over their resignations. The company won’t be giving them termination letters and wants them to resign instead, the journalist added.

The newspaper has also laid off five journalists in Tamil Nadu, 10 in Hyderabad, and three in Bengaluru, according to the News Minute. At least eight journalists have been laid off in Nagpur, three in Goa, and five to seven in Delhi, the news website reported.

The journalists who have been laid off have been given a notice period of two months to find jobs elsewhere.

According to a source quoted by the News Minute, Bennett Coleman and Company’s projected revenue for this financial year is only about fifth of what it made before the pandemic. “After budgeting, the paper has decided to do a second round of downsizing, bringing it to half its earlier strength,” the source said. “After one more budgeting session, the paper will decide if it needs to downsize more or adjust with pay cuts for the remaining staff.”

The Times of India had laid off 13 journalists and shut down two editions in Kerala in May 2020. A journalist in Thiruvananthapuram who was terminated after he refused to quit has since taken the company to labour court. His case, however, is still to be heard nine months later. 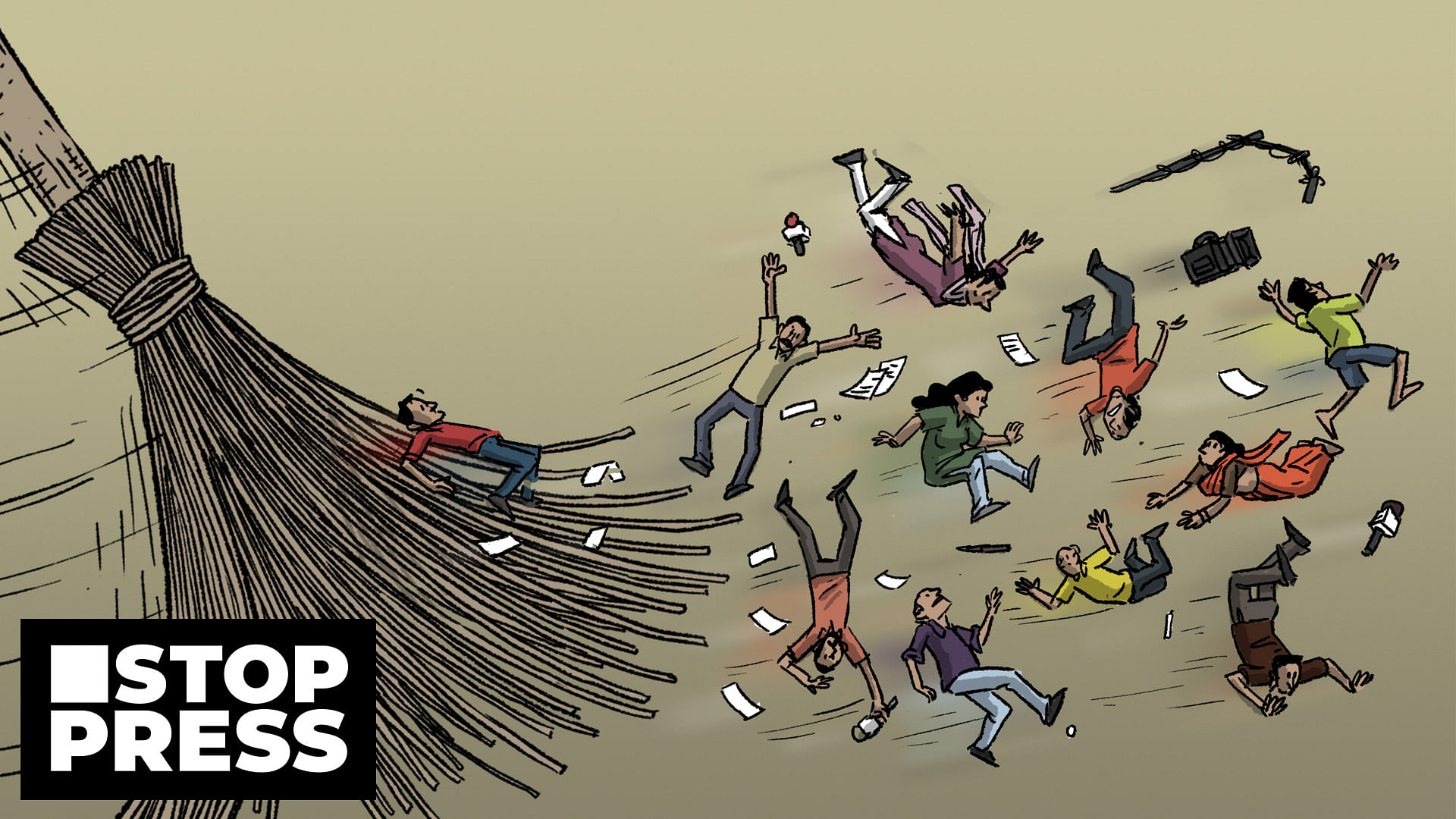