How the ‘refugee vote’ may influence Assam and Bengal elections

The ‘long partition’ from 1947 until Bangladesh’s creation in 1971 has deeply impacted demography and politics in the two eastern states.

We love anniversaries because they give us a reason to remember, mourn or celebrate. As the first phase of elections in Assam and West Bengal rolls around, it coincides with the 50th anniversary of the Republic of Bangladesh, which is on March 26.

Underreported and unacknowledged, the “long partition” from 1947 to 1971 that led to the creation of the republic was one of the bloodiest in modern times. This year also marks the birth centenary of the father of the nation, Bangabandhu Sheikh Mujibur Rahman.

But what is the significance of the “long partition” to these two elections? The two Indian states and Bangladesh are joined at the hip, historically, politically, culturally, and geographically.

The liberation war started on March 26, 1971, following Operation Searchlight that reportedly killed 7,000 civilians in a single night. The war went on for nearly nine months. By the time it ended, more than 10 million Bengalis had become refugees in India, several million had been displaced, an estimated 200,000 to 400,000 Bengali women had been systematically raped.

In what’s now being increasingly recognised as a genocide, half to one million of their own citizens were killed by Pakistan. Bangladesh claims three million died.

Though India had been arming and training Mukti Bahini, a militia fighting Pakistani rule, it officially joined the war on December 3. In a swift military operation on December 16, 1971, the Pakistani military surrendered and Bangladesh was formed. A new nation came into being.

Ironically, India’s goodwill with Bangladesh eroded as soon as the republic was created. In 2011, former Indian diplomat and columnist Satyabrata Pal explained why: “Why did that happen, and why did Bangladesh add to our security problems instead of reducing them? How did the enormous goodwill we created in 1971 through the sacrifice of our soldiers evaporate so quickly? The answers are complex and many; gratitude is a heavy burden to bear and Bangladeshi shoulders were frail. But it is also true that, though at first we bore the huge costs of relief for Bangladesh almost alone, we lost interest in it because it had served its purpose simply by coming into being. Bengalis have a saying: ‘jei rokkhok shei bhokkhok’, those who protect us devour us.”

This pretty much sums up the tension between the two countries.

In the 1960s, Hindus from East Pakistan were the ones who fled to India, fearing religious persecution. After 1971, most of those who came were Muslims driven by desperation. This flood of refugees, deprived of their human rights, set off a chain of political movements in Assam, Tripura and Bengal that threaten India’s security to this day.

Assam and Bengal collectively share 2,479 km of the 4,096 km border between India and Bangladesh. More than a border, they share history spilling over boundaries that sit uneasily with modern notions of the nation state. The partition deprived Assam of its traditional access to ports and made the region landlocked, connected to the rest of the country only through a narrow patch of land called the “Chicken’s Neck”. Since then, the region has been witnessing insurgency based on identity, ethnic, linguistic dominance and chauvinism, rising religious fundamentalism and fusion of national and religious identities.

As the historian Joya Chatterjee observed, “This process of the 'un-mixing' of South Asia's Muslim and non-Muslim populations, which began in 1947, continued with each new outburst of violence. Every major riot after partition generated fresh waves of refugees and internally displaced people, who left their homes to seek security amidst their co-religionists.” In Assam and Bengal, the numbers of such people remain undocumented.

The agreement of 1972 between Indira Gandhi and Mujibur Rahman set 1971 as the cutoff year for identifying Bangladeshi refugees in India. The Bengalis were always anathema to Assam, for historical reasons, and the Bengali refugee became enemy number one. The migration led to violent anti-foreigner protests in Assam in the 1970s and 80s, killing and displacing thousands of people. In 1983, over 2,000 Muslims, including children, were massacred within six hours at Nellie, not far from the capital Guwahati.

However, the cutoff date of March 24, 1971, on which the Assam Accord was signed, became the central plot around which every political play was crafted. Curiously, for the rest of India, the cutoff date is 1951. As a result, Assam’s people felt they were singled out to carry the burden of refugees at the cost of a changing demography.

In a twist of Assam’s fate, the band who wanted to free Assam from the shackles of “Indian occupation” and protect its “identity from foreigners” degenerated into a terrorist group, the United Liberation Front of Asom, or ULFA, which operated from Dhaka until 2010.

Yet, election after election in Assam was fought amid a chorus against the “Bangladeshi”, the “Miya”, a slur used colloquially for Bengali Muslims, the foreigner attacking the identity of the indigenous people. The 1985 accord didn’t differentiate on religious grounds, so all Bengalis were suspect. The Hindu was as much unwelcome as the Muslim.

But the BJP’s Hindutva agenda, deployed through the new citizenship law, opened a can of worms. They would open the border for Hindus but deport Muslim “termites”, as they were described by home minister Amit Shah. The BJP, he declared, would deport “every single illegal immigrant” and throw them in the Bay of Bengal, giving the Assamese nationalists fresh political ammunition, only for a disruptive pandemic to divert the storm. The National Register of Citizens, which Assam wanted, followed by the citizenship law, which they vehemently opposed, and the protests it sparked are all centered around the long partition. Muslims form a third of Assam’s population and Bengali Hindus are a critical mass. The Sangh Parivar’s challenge was to convert the ethnic chauvinism to anti-Muslim sentiment. On the ground, the polarisation seems to be working.

In Bengal, the refugee politics is the opposite. All parties are busy wooing the lower caste refugees such as Matuas, Mahishyas, Telis, and Dalpatis. The BJP’s manifesto released on March 21 promises direct transfer of Rs 10,000 for every refugee family for five years, OBC reservation for Mahishyas and Telis, and a monthly pension of Rs 3,000 for Matuas and Dalpatis.

Caste in Bengal is framed by its presence and apparent absence. Until the partition, caste was a dominant element, but in “party politics” this became less explicit until BJP raised the stakes. The consciousness of caste was always there among Bengalis who preferred to distance themselves from the pronounced bias.

For example, Bengal prefers to be in denial about the massacre that followed the migration of the lower caste Namasudra refugees from Dandakaranya to Marichjhapi in 1979 during Jyoti Basu’s Left Front government. After coming to power, with the refugees reportedly voting for him, Basu wanted them to go back. They resisted and were massacred by the state forces.

Mamata Banerjee invoked Marichjhapi in 2009, promising justice to the survivors that is still awaited. The state has long witnessed large-scale violence – from the Calcutta killings to political gang wars, all of which continue to impact the people and the electoral politics.

The interesting shift in 2021 in Bengal is how the BJP moved “identity” centerstage, forcing even Mamata to address the lower caste refugee population. The entire election strategy of the Trinamool was pegged around caste. The Hindu migrants are in favour of CAA, putting the Trinamool on a tightrope. Dubbing the whole NRC as “anti-Bengali”, Mamata has pledged to oppose it given her dependence on the Muslim voters, who comprise 27 percent of Bengal’s population. She started playing on the Hindu minority fears of being outside the NRC and quickly issued 10 lakh caste certificates to members of Scheduled Caste and Scheduled Tribe communities in two months under the Duarey Sarkar scheme.

We will have to wait and see how the Hindu refugees vote but this may be a return of the subaltern in Bengal politics. The linkages between the long partition and contemporary politics are yet to be adequately studied. We’re still trying to grasp the impact of it on caste practices, religious behaviour, economy, and demography.

Meanwhile, the BJP recognises that Hindu nationalism is familiar to Bengal. After all, their founder and “guiding light”, Shyama Prasad Mukherjee, was from Bengal as was Narendra Modi’s spiritual guru, Vivekananda. The idea of taking sacred soil from Ramkrishna Mission’s Belur Math for the foundation of the Ayodhya Ram temple wasn’t then a coincidence. Though Ram had to be replaced by Durga in Bengal, the roots of Hindu consolidation have run deep in Bengal since the 1930s. The Hindu right is trying to exploit this subterranean sentiment.

Mamata has stepped up linguistic nationalism to counter the “outsider”. In response, the BJP has promised to make Bangla compulsory. But linking politics to linguistic and cultural dominance has dangerous implications. Whilst her options are running out, the caste and religious polarisation are visible electoral devices. The outcome, either way, will not be favourable to Bengal.

On the 50th anniversary of Bangladesh, it may be prudent to look back and imagine a future where Assam, Bengal and Bangladesh focus on their shared heritage rather than the heightened animosity that suits political demagoguery. 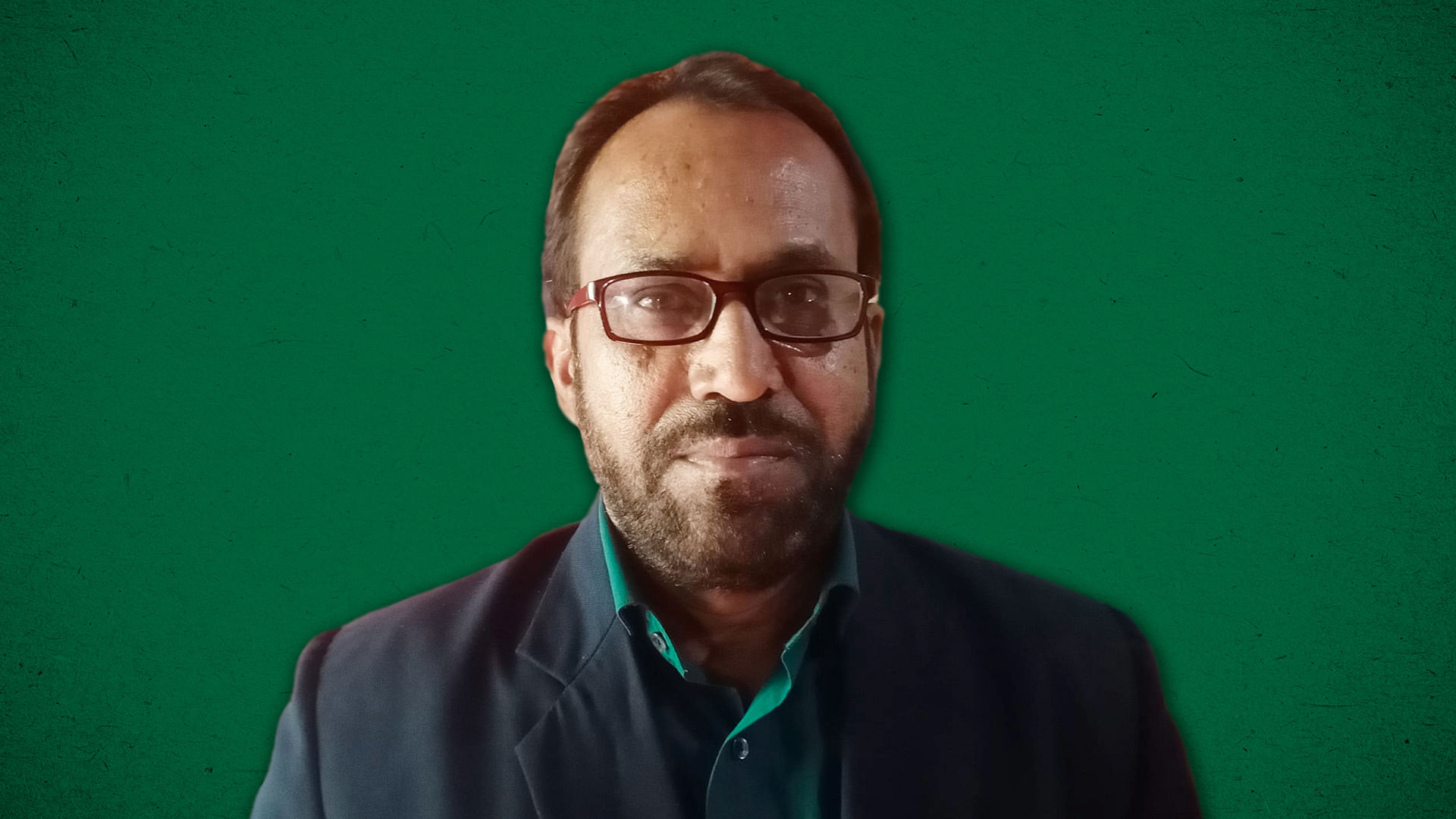 ‘I feel betrayed’: Why resignation of its SC Morcha chief is a setback for Bengal BJP 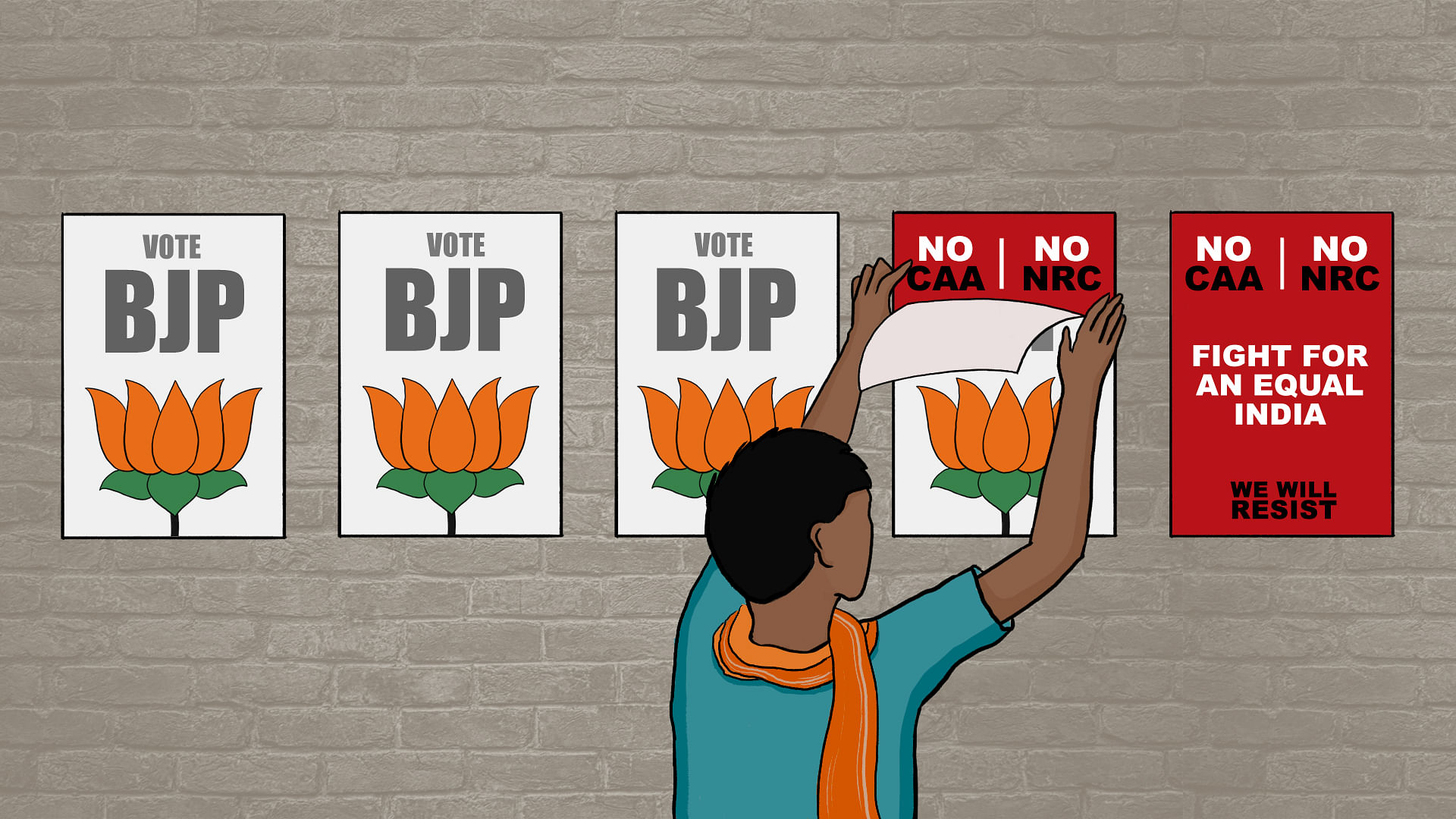 Upper Assam saw the most violent CAA protests. Why is BJP still leading the fray?