On May 6, Newslaundry reported that ‘Sachin Agarwal’ had scammed over 30 people searching for oxygen cylinders for Covid patients.

“Your entire family will die without oxygen.”

This is what a man who called himself Mishra told a friend on the phone on May 7. When I spoke to him, he said, “Just pull your pants down and I will fuck you.”

Just a day before, I had reported in Newslaundry about a man called “Sachin Agarwal” who, in the midst of the Covid pandemic, had scammed over 30 people who had been looking for oxygen cylinders for Covid patients. I was one of them, and I had filed an FIR in the matter in Delhi.

Two weeks later, on May 19, the Delhi police arrested four men from Bihar – apparently part of a larger group of people – who reportedly confessed to scamming more than 300 people for over Rs 1.25 crore.

“It’s a good thing you filed a complaint and connected us to others who were scammed as well,” said Sanjay Gupta, the sub-inspector of the Delhi crime branch. “Only if someone files a complaint can we begin the investigation. Once we got your complaint, we started looking into the case and found that this is happening with a lot of people. We realised how serious this is.”

The four arrests are just the first step, Gupta added. “We are now in the process of uncovering a major scam.”

My involvement began on May 1, when I was desperately searching for oxygen cylinders for my uncle’s friend. Someone passed on Sachin Agarwal’s contact. I paid him Rs 25,000 and he never delivered the cylinders.

On the same day, I called multiple police helplines to report what had happened, but was unable to speak to anyone. Since my uncle lived in Gurugram, I tried to file an FIR with the Haryana police who insisted that I approach the cyber cell instead.

On May 2, a friend and I registered an FIR at Shahdara police station in Delhi, because “Sachin” had told me he was working for Durga Oxygen Gas Depot, a shop in the area. Meanwhile, I had tweeted about my ordeal and my inbox was soon flooded with messages from people who had gone through the same, or worse.

The Newslaundry report on Sachin was published on May 6. People continued to reach out to me, such as Deepali, who had been defrauded of Rs 75,000 and whose uncle died waiting for Sachin’s cylinder. Someone also tweeted to me, saying that a man called “Mishra” had used the same modus operandi to dupe his family.

That’s when my friend and I called Mishra separately. He told us that he, like “Sachin” , worked for Durga Oxygen Gas Depot. Our questions about his whereabouts made him suspicious, and he began abusing us and threatening to rape us.

We told the police about this too.

On May 20, Monika Bharadwaj, the deputy commissioner of the crime branch, told Newslaundry that four men – Deepak Kumar, 21, Pankaj Kumar, 26, Sarvan Kumar, 35, and Mithlesh Jha, 36 – had been traced and arrested from Nalanda in Bihar.

Sub-inspector Sanjay Gupta confirmed that the men had confessed that “Sachin Agarwal” was one of the many names they had used to scam people.

DCP Bharadwaj said the men belonged to a group called the “Chhote Chaudhary gang”, headed by someone called Chhote Chaudhary who is a “kingpin employing more than 300 people”.

The four men arrested were “part of the financial vertical”, Bharadwaj said, handling ATM transactions, bank accounts, and deciding which accounts to which money would be transferred and who would withdraw it. They would then get a commission of anywhere between two and 10 percent for each transaction.

Bharadwaj said Chaudhary has been running this gang for over three years.

“It looks like they specialise in financial crimes,” she said. “So, they pose as bank employees or Flipkart employees and defraud people. When the pandemic began, it became a fertile ground for them to capitalise on people’s desperation.”

The crime branch is currently looking for Chaudhary and others associated with the gang. This is the first time Chaudhary has come under the police’s radar, Bharadwaj added.

“Our men spent more than 20 days on the road tracing these men...It took us a while to trace and catch even these four,” she said. “It feels like a never-ending search. They have created a completely professional nexus. Maybe the government should also look into this.”

Of the four, she added, one is a Class 12 pass, one has studied till Class 10, and the other two are labourers.

“One of the accused, Mithlesh Jha, lost his mother and brother due to Covid last month,” she said. “But that did not deter him from scamming people for oxygen cylinders during the pandemic.”

The four men will now be charged under the Epidemic Diseases Act, Bharadwaj told Newslaundry. Once the police record full statements from people who lost their relatives while waiting for oxygen cylinders, the men will also be charged with culpable homicide.

How did Durga Oxygen Gas Depot come into the picture?

Over 30 people who had been scammed by “Sachin” told Newslaundry that he had claimed to work for Durga Oxygen Gas Depot or Durga Gas Agency.

When I visited the shop on May 1 in Shahdara, it was closed. Two people were standing outside, waiting for their money.

Hari Om, 68, is the owner of the shop, running it for the last 40 years. On May 20, told Newslaundry over the phone that ever since his shop’s name was dragged into the scam, his life has turned upside down. Hari closed the store on April 29 when the second wave of the pandemic began.

“I don’t sell oxygen and I had no reason to remain open during the lockdown,” he said. “I am 68 years old and did not want to risk getting Covid.”

Hari said he’s been fielding calls from angry people who had been scammed by “Sachin”and others who had claimed to work for Hari’s shop. Hari has now filed a complaint with the police.

“People started waiting outside my shop for their money,” he said. “Some people even tried to break the shutters once. My phone doesn’t stop ringing. I have got calls from people in Delhi, Bengal, Mumbai and even Goa. Some were angry, some were crying. I felt heartbroken that someone was using my shop to hurt people during these tough times.”

After the arrests, I spoke to Nikita, who had been scammed by Sachin while looking for an oxygen cylinder for her grandfather. Her grandfather died before the cylinder could reach him. I also spoke to Deepali, whose uncle had died while waiting for Sachin’s cylinder.

“It’s heartbreaking to know that they have scammed so many other people,” Nikita said. “But it gives me hope that the police, even in such difficult times, have prioritised this. This is definitely one step towards justice and I hope the full gang is caught so that no one has to go through this pain.”

Deepali isn’t as optimistic. “It doesn’t change anything, to be honest,” she said. “What is done is done. My uncle is gone. And such scams won’t stop.”

Bharadwaj told Newslaundry that the police will continue tracking down the rest of the gang. “We’re closer to catching them all,” she said. “We won’t stop till we catch the kingpin. I myself am furious at what has happened.” 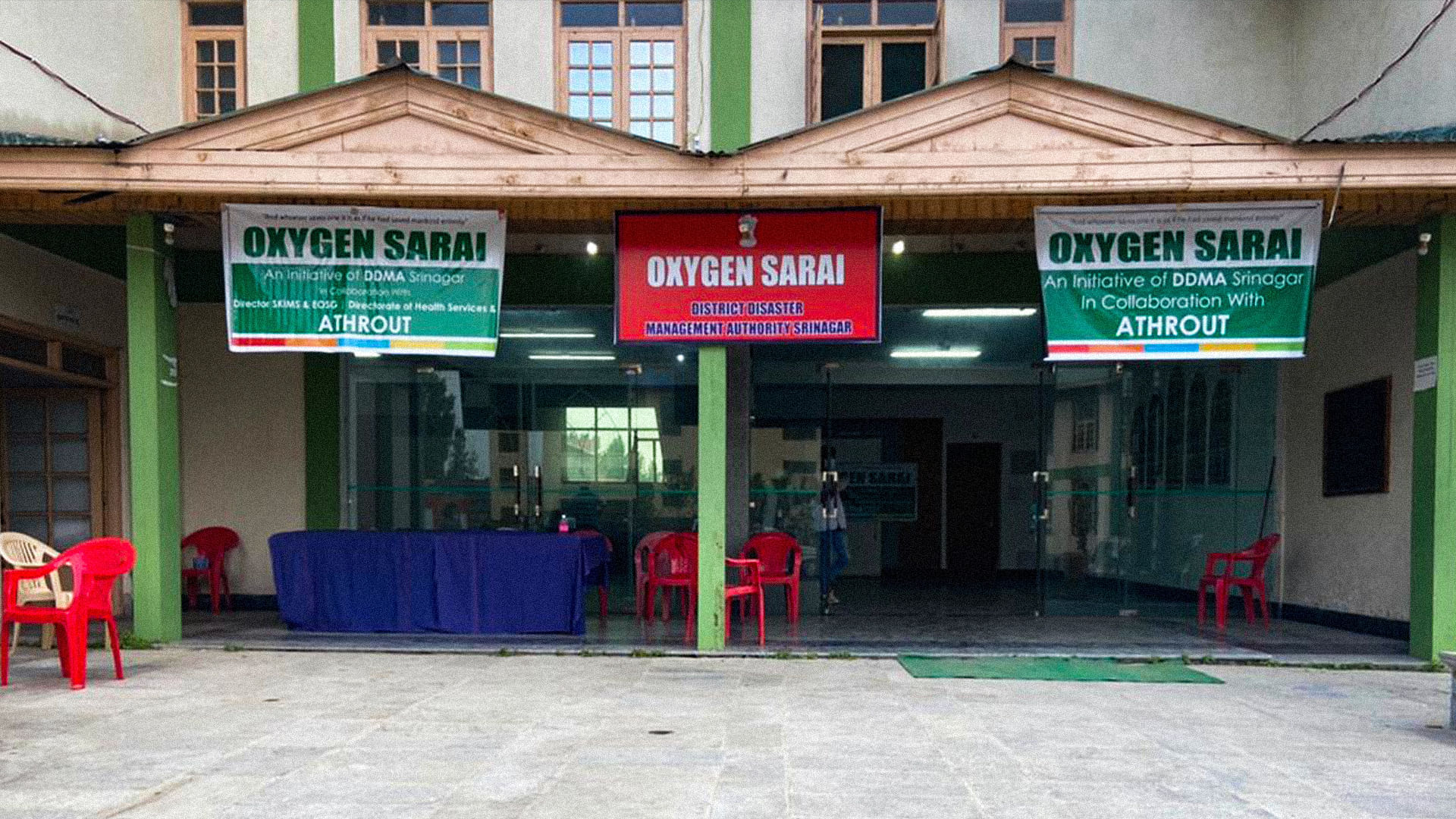