Aman Bhardwaj obtained passes for Amitabh Bachchan and Donald Trump to show the system was faulty. He was promptly booked and harassed.

On the morning of May 7, Aman Bhardwaj, 26, received an email from his team at Zee Punjab Haryana Himachal, a regional TV news channel of the Zee Media group. It congratulated him for his “exposé” on the state government’s epass system.

Two weeks earlier, on April 25, the state’s BJP government had begun issuing epasses for “all inter-state movement”. The system was put in place, the government’s order said, to “monitor compliance with the quarantine requirements and facilitate contact tracing of persons in event of detection of Covid positive cases”.

So Bhardwaj set a small journalistic trap. In early May, he registered for two passes in the names of “Amitab Bachhan” and “Donald Trumph”, traveling from Chandigarh to Shimla. “Even a kid knows these names,” Bhardwaj said over a Zoom call from Shimla. “I wanted to do a reality check: how good was this epass system?”

The journalist used his Aadhar and phone numbers to register for both the passes.

On May 7, the epasses were registered and emailed to Bhardwaj. “If you are issuing passes for Trump and Bachchan, it means there is no review mechanism in a state with a high tourist intake,” he explained. “How will the government then do contact tracing of positive cases?”

Bhardwaj, who moved to Shimla from Chandigarh in January this year, has been a journalist for three years. Hailing from Himachal’s Solan, he began his career in Punjab, working for local channels and newspapers such as Punjab Kesari.

A screengrab from Aman Bhardwaj’s report on the epass system.

Booked under IT Act

The Zee report on the epass system was broadcast on the morning of May 7. It included comments from Rajiv Saizal, Himachal’s health and welfare minister, and Mukesh Agnihotri, the opposition leader from the Congress. Bhardwaj had also reached out to Sanjay Kundu, the police chief, but did not receive a response.

“This has come to our notice just now. We’ll look into how this happened,” Saizal told Zee on air before hanging up.

A few hours later, the sarkari wrath was unleashed. By evening, an FIR had been lodged against Bhardwaj at the Shimla East police station on a complaint by Ashutosh Garg, the director of the state’s department of information technology. He was charged with cheating, forgery, and false warning under the Indian Penal Code, Information Technology Act and the Disaster Management Act.

“It was targeted only against me,” Bhardwaj told Newslaundry. “It did not mention my organisation, nor did it state that I was a journalist.”

The FIR, accessed by Newslaundry, details Garg’s complaint against Bhardwaj. “The registering person has to declare that the facts and contents given during the registration are true to the best of his/her knowledge and belief,” he wrote, describing the Zee report as “misinformation”.

In a May 8 report on the case against Bhardwaj, the news agency PTI did not mention that he was a journalist or that he had been booked for reporting on Himachal Pradesh’s lousy epass system.

The Himachal government’s hounding of mediapersons isn’t new. Last year, Newslaundry reported that the state had slapped five journalists with 14 FIRs during the lockdown for reporting on its failures.

“A news channel had done a similar story on the epass system in Punjab last year,” Bhardwaj said. “The Punjab government had handled it much more maturely and rectified the oversight.”

The epasses issued for ‘Amitab Bachhan’ and ‘Donald Trumph’.

‘It was pure harassment’

On May 9, Zee shifted Bhardwaj to Chandigarh and then to Delhi, fearing he’d be arrested. Two days later, on May 11, the Himachal police knocked on the door of Bhardwaj’s parents in Nalagarh district. “It was pure harassment,” the journalist said. “They asked my father unrelated questions, like how much land he had. My younger brother was asked where I had finished my college education, what I studied and what I did now.”

On May 14, Bhardwaj was summoned to the Shimla East police station to give a statement. “I wrote that it was my duty as a journalist to point out lapses in the government machinery,” he said. “I pointed out that I had also done stories commending the administration whenever it did good work.”

The next day, the police seized Bhardwaj’s phone, which cost Rs 24,000, a gift from his father. They also took away the Jio Fibre wifi connection, registered in his flatmate’s name, from his Shimla home.

At the police station, he was summoned to a room with Mohit Chawla, Shimla’s superintendent of police, and Kundu, the police chief. “The SP asked me, ‘What is this conspiracy that you have hatched? Why are you spreading rumours against the government?’” Bhardwaj said.

Kundu told the journalist he wouldn’t be arrested, but he should stop “exaggerating” his reports.

On May 20, Bhardwaj was summoned to the police station for the third time. Giving him company was the owner of the car whose number was mentioned in the epass applications, a detail Bhardwaj had entered at random.

‘He is a journalist but he can’t just write anything’

In the three weeks since he was booked, Bhardwaj has done just one story. He is now on the Zee digital desk, and the company has hired a lawyer to have the FIR quashed. Bhardwaj is weighed down by the case. “They are trying to kill my passion,” he said, shaking his head. “And that too for just doing my job.”

Newslaundry sent a set of questions to Kundu. “I’ll take a look at them and get back to you,” he told us.

Chawla, the police superintendent, pointed out that the police were not the complainant against the journalist. “We received a complaint from the IT department and registered an FIR because it contained cognizable offences,” he said.

Asked about Bhardwaj’s seized phone and wifi, Chawla said that it was necessary because without doing so, the police “cannot prove its case that this device was used to prepare a false, impersonated or so-called untestified document”.

Ram Lal Markanda, Himachal’s information technology minister, told Newslaundry that Bhardwaj had been booked because he registered for fake epasses. When I pointed out that Bhardwaj was a journalist and had done so in public interest, Markand retorted, “Just because Bhardwaj is a journalist, does not mean he can write anything.”

Adding to his confounding reply, the minister said, “He is a journalist but we only registered an FIR against him personally, not against Zee.”

Given Markand’s position, will journalists reporting on the Himachal government’s failures continue to face FIRs? “We will examine this case,” the minister replied. “That’s all I can say.” 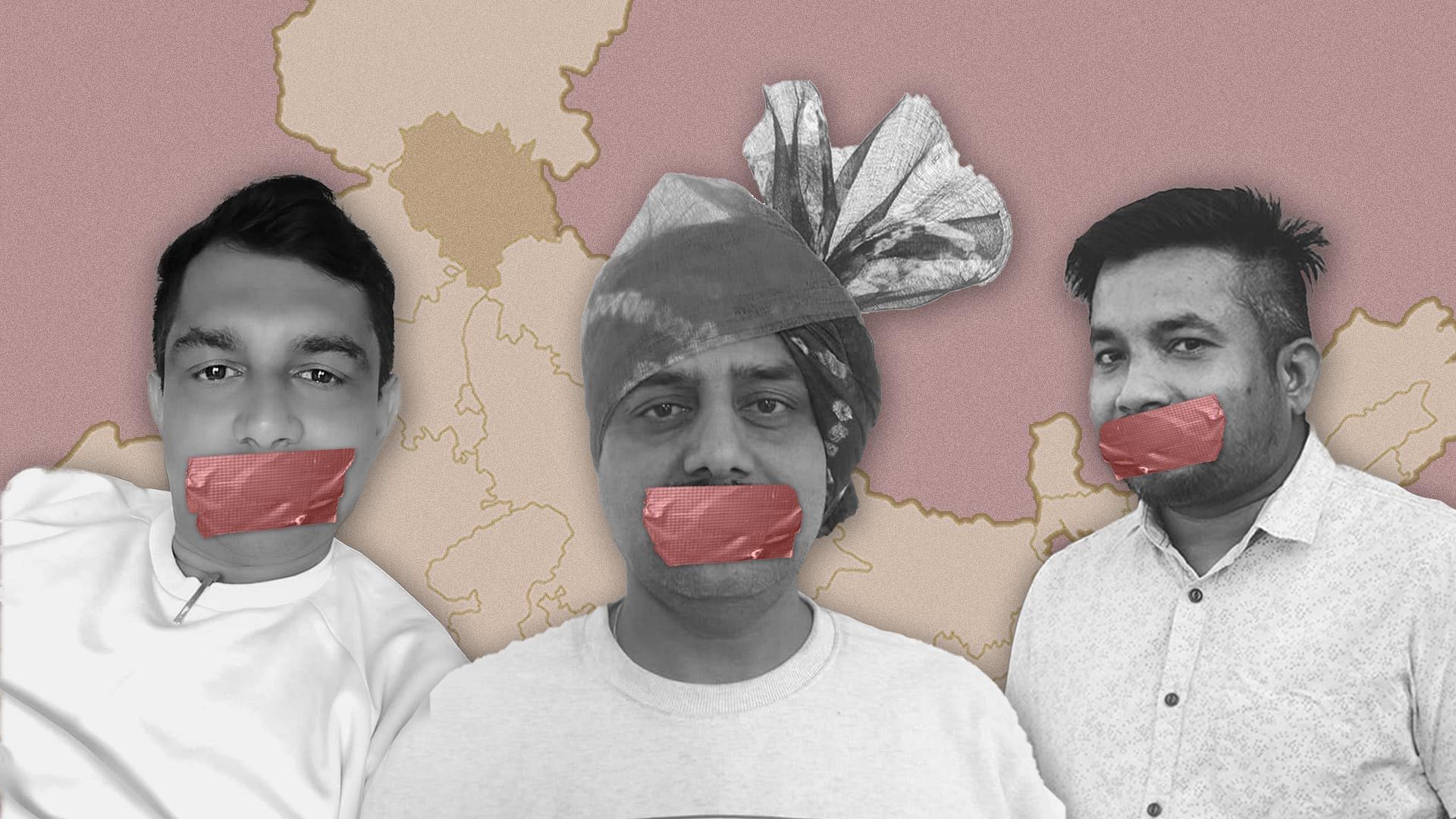