Women are invisible in the narrative as the larger demons of ‘community’ and ‘honour’ take over. And nothing has changed in the last 70 years.

A Kashmiri Sikh woman, allegedly forcibly converted to Islam and married to a Muslim man, was retrieved to her parents on June 27 after she submitted a statement in a court in Srinagar.

There are still layers of mist about what she said in court and how the custody of an adult woman was given to her parents. Some reports have indicated that she deposed before the court that she had converted to Islam and married a Muslim man of her own volition. Reports have also quoted police officers as refuting the allegations of any forced conversion or that she was a minor.

Whatever the case may be, the matter was still under investigation. How then was the woman handed back to her parents? Worse still: Two days later, she was married off to a Sikh man and her photos in a bridal outfit outside a gurudwara were circulated on social media. A protesting family and community vanquished its “dishonour”. If the first marriage was “forced”, how does one describe the second one?

Women are the central theme of the story. Women are invisible in the narrative as the larger demons of “community” and “honour” take over. Even legalities have been discarded for convenience. Did the woman get a divorce from the first husband, now cooling his heels in jail on charges of kidnapping her? Or, did the court declare the first marriage “null and void”?

The episode is a chilling throwback to the years of India’s gory partition and its lesser mentioned centrality of gendered narrative.

In the immediate years after India’s independence and partition into India and Pakistan in 1947, leading to a communal holocaust in which women’s bodies became the spoils of the war as they were raped, killed, kidnapped and forcibly married with wanton glee, the new governments of the two dominions began the exercise of recovering thousands of kidnapped women. A consensus was arrived at by the end of 1947 and a declaration signed followed by a treaty, according to which “forced conversions and marriages will not be recognised” and “women and girls who have been abducted must be restored to their families”.

During the recovery process that stretched on for several years, some women had reconciled to their new lives with their new husbands and bore children they did not wish to give up. But even if they insisted, their testimonies were deemed to be made under duress and they were forcibly retrieved, some compelled to leave their children behind and some accompanied by them. In most cases, the latter – considered products of “unchaste wed-locks” and “polluted objects” – were finally abandoned under family pressure. The women were denied their agency to choose either their husbands or be with their children.

Over seven decades since, nothing has changed in the way society perceives a woman, viewed merely as an appendage of her vagina that embodies the honour of a family and that of the community. Nothing belongs to her in a society riven by an all-pervasive and uniformly applicable patriarchy and denial with a peppering of hypocrisy.

Every now and then, newspapers are splashed with stories of community outrage over intercaste and interreligious wedlocks, often leading to honour killings or persecution in some form. This does not take into account the under-reporting of such cases. Stigma multiplies with family honour and community honour to prepare the graves of the stories of many who dared to cross the caste, religious barrier to get married or even committed such a thought crime. Even to dig the grave of the protagonists of the story.

What happened to the Kashmiri Sikh woman under question is something that is widely accepted as the norm by majority people – cutting across religious and regional identities. It is even more acceptable in the light of the country-wide propaganda about “love jihad” – a campaign that picked up steam after the rise of the Narendra Modi-led BJP to power in New Delhi.

I am reminded of a casual conversation with an educated working Hindu woman during my visit to Poonch several years ago, who spoke about the rampant faith of her community in the theory of “love jihad”.

“It’s a small place,” she said. “You get to know when a Hindu woman has eloped or is eloping with a Muslim man. The family of the woman, the RSS and Bajrang Dal activists all get together to retrieve the girl...The next step is to find a ‘bali ka baqra’ [sacrificial goat] and get her married off, usually in Jammu or Punjab.”

In a remote tehsil of the border district, a woman special police officer deputed at the local police station told me about a woman who was trying to elope with a Muslim man but was brought back by the police and was in their custody. In a matter-of-fact manner, she said, “This is normal here. We try to ‘counsel’ such women. If they still do not listen, they will be slapped and threatened. Usually, one slap is enough...And then, they are handed over to the family which doesn’t spare such girls. Either she is quickly married off to a man of her own community or killed.”

In a closed society with a higher degree of invisibilisation of women, it was difficult to verify the truth about such incidents or their scale but the conversations reflected the deeply embedded mindset that sees interreligious marriages as “illegal” and the persecution of such women or their forced marriages within the community as “legal” and as something that can protect the honour of the community.

With minor variations, it applies to the rest of the country. Kashmir’s Muslim majority is no exception. I’ve heard of families who severed all ties with daughters who married outside the community. However, there is better acceptance of non-Muslim women marrying Muslim men even without changing their religion. Not the other way around.

In the opening pages of his book Kashmir: The Vajpayee Years, AS Dulat wrote about the murder of a young Hindu businessman in 1990 and claimed that it was less about militancy and more about an honour killing to avenge his affair with a Muslim woman of an affluent family. The claims have never been discussed in public. Would the dominant Kashmiri narrative about the present controversy in the valley have shaped differently if the woman in question was Muslim and the man a non-Muslim? The answer is in the affirmative.

The society (irrespective of caste and class affiliations), the political class, and the state’s agencies all collaborate to militate against the provisions of the constitution and declare such wedlocks illegitimate. An interesting hierarchy is also noteworthy. Men marrying outside caste and religion would be a little more acceptable than women doing so. If it is a woman marrying outside her community, it is treated as an onslaught on the very edifices of religion. The woman is first the property of the parents, and then of the community or caste she belongs to. She is forbidden to have agency. What law says in the matter becomes irrelevant on the ground. The society is governed by its own rule of deeply embedded patriarchy. Patriarchy is sanctioned by society, not by law.

The Kashmir story is no different. It appears to have been triggered by a political agenda with national-level representatives of the Sikh bodies suddenly dashing for Kashmir to “rescue” the woman, building up a narrative with layers of exaggerations and packing in a few more cases, most of which were falsified by the woman they named, to make it look like a conspiracy. It is a clear extension of the “love jihad’ politics pivoted around a blend of hate and patriarchy from mainland India into Kashmir.

Interestingly, while Sikhs bear some brunt of the majoritarian Hindu politics, “love jihad” brings them closer to the majoritarian Hindus against a common Muslim enemy. It serves political dividends for the Hindu right-wing in the run up to assembly polls in Uttar Pradesh and Punjab. It also serves to perfect the machinery of divisive politics in Jammu and Kashmir, where both delimitation and elections are on cards. The J&K elections are worthless in light of the fact that the levers of power are now directly under the control of New Delhi but they hold a symbolic value for the BJP propelled by the desire to bring to power the first Hindu chief minister of a truncated and demoted region. “Love jihad” in its backyard is grist for the mill.

For now, the “do-gooders” in Kashmir have stepped in talking about “communal harmony” and patting themselves on the back for resolving the issue and soothing the frayed nerves by handing back the girl to her community to decide and do as the latter pleases with her. At the altar of this evasive peace is sacrificed the rule of law, the constitutional right to equality, and the woman. Who cares for her anyway? For the sake of calm, which cannot sustain without challenging both the politics of hate and crutches of patriarchy it leans on to stand, she must be annihilated in a rejoiceful mass ritual. 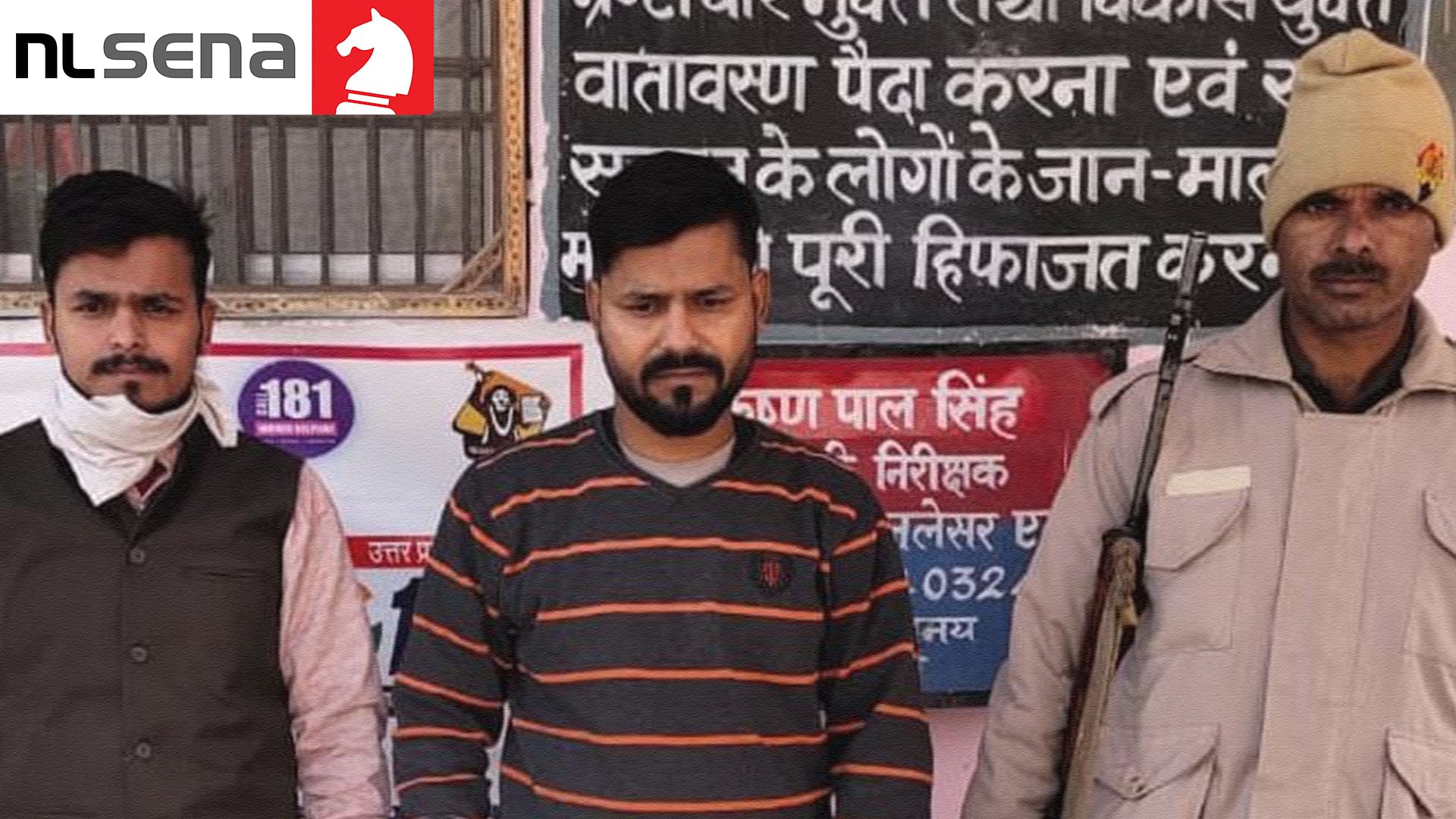