The Dalit rape and murder victim’s kin have been asking for footage of a trial court hearing where they were allegedly threatened. To no avail.

ByNidhi Suresh21 Jul, 2021
bookmark_add
The accused in the Hathras case arriving at court.

March 5, 2021 was a special day for Asha’s brother. For the first time since his sister’s death he was going to stand up in court and narrate his family’s horror story – in detail.

Asha, 19, had been gangraped and brutalised by four upper caste men in Hathras, Uttar Pradesh, in September 2020. After her death a few days later, the Dalit woman was forcibly cremated by the police.

The March 5 hearing was to take place in judge BD Bharti’s special court in Hathras. It didn’t go as planned.

Asha’s family left the courtroom terrified, alleging that they were threatened and intimidated there. Noting the threat to the family, the judge adjourned the hearing, enhanced their security and told the police to escort their lawyer, Seema Kushwaha, out of Hathras.

“We could not tell our story,” Asha’s brother rued. “Not even once.”

Newslaundry has previously reported what exactly happened in the court that day. In the months since, the family and their lawyer have repeatedly asked for a copy of the CCTV footage showing what happened in the courtroom on March 5. Their request has been denied every time and the footage remains under wraps, to the worry of former Supreme Court judge Madan Lokur. “The CCTV footage must be seized immediately,” he insisted, “before it is destroyed or otherwise vanishes.”

Immediately after the hearing was adjourned, Kushwaha, the family’s advocate, approached the judge and asked for a copy of the footage. To no avail.

“That incident really affected the family,” Kushwaha said, referring to March 5. “Now, whenever there’s any hearing and someone asks Asha’s brother a question, he starts sweating, he needs to sit down and can’t seem to talk without stammering.”

On March 16, Asha’s brother moved a pair of applications in the Hathras court, one requesting that the family be exempted from personal appearance until their security situation improved and seeking an in-camera trial, the other asking for the footage from March 5.

They were both rejected, to Kushwaha’s surprise and to Lokur’s. “There is no earthly reason to reject the two applications,” Lokur said. “I cannot understand why the judge did not accept the applications.”

The family didn’t give up. They approached the Allahabad High Court and detailed what had happened on March 5.

The high court directed the Hathras judge and an inspector general of the CRPF, which is tasked with guarding the family, to prepare a detailed status report of what had happened and submit it by April 3. After examining the report, the high court would decide whether the trial needed to be transferred out of Hathras, another demand the family had been making for months.

The high court also told the Hathras judge to conduct all hearings strictly in-camera. If anyone disrupted proceedings or threatened Asha’s family or their witnesses, the court said, they would face strict action, including contempt charges.

The court also said it would hold a hearing on the status report on April 7. It hasn’t so far even though, according to a defence lawyer, Munna Singh Pundhir, the report was duly submitted.

Why then has the hearing not been held? “Due to Covid,” Pundhir said.

The pandemic, though, did not stop the high court from hearing and rejecting the bail application of one of the accused men, Luvkush. The bail plea of another accused, Ramu, is listed for July 22, said Pundhir.

Meanwhile, on April 9, judge Bharati was moved out of Hathras in what Kushwaha and a local lawyer described as a “routine transfer”.

At the March 5 hearing, Asha’s brother said there were lawyers who weren’t associated with the case. And as the proceedings began, he recalled, one of the lawyers named Tarun Hari Sharma and his father, Hari Sharma, shouted at Asha’s family and their lawyer.

“The trial has to be conducted in camera,” Lokur said. “Nobody has to make a request for an in-camera trial, it is the judge’s duty to have an in-camera trial. The CCTV footage is important to actually know what transpired on March 5. It must be seized immediately. Unfortunately, I think due to the lapse of time, it may already have been destroyed.”

Kushwaha, the family’s lawyer, said she has been talking to the Allahabad High Court registrar about the hearing on the status report and the CCTV footage. “‘Madam, wait, only urgent matters are being heard” is what he keeps telling me,” she added.

Lokur described the episode as “truly shocking”. ”The status report must be placed before the high court immediately,” he added. “The Hathras incident is not a petty case that can be taken so lightly. The whole episode has been very unfortunate from the very beginning. I hope it is not too late to remedy the situation.”

Seema Kushwaha had also represented the 2012 Delhi gangrape victim’s family for six long years. Just a few months after the Nirbhaya rapists were hanged, she found herself sitting with Asha’s family in Hathras. For Kushwaha, the glaring difference between the two cases is this: “In the Nirbhaya incident, we fought a case. In the Hathras incident, we are fighting the system.”

Asha is a pseudonym used to protect the victim's identity and her family's. 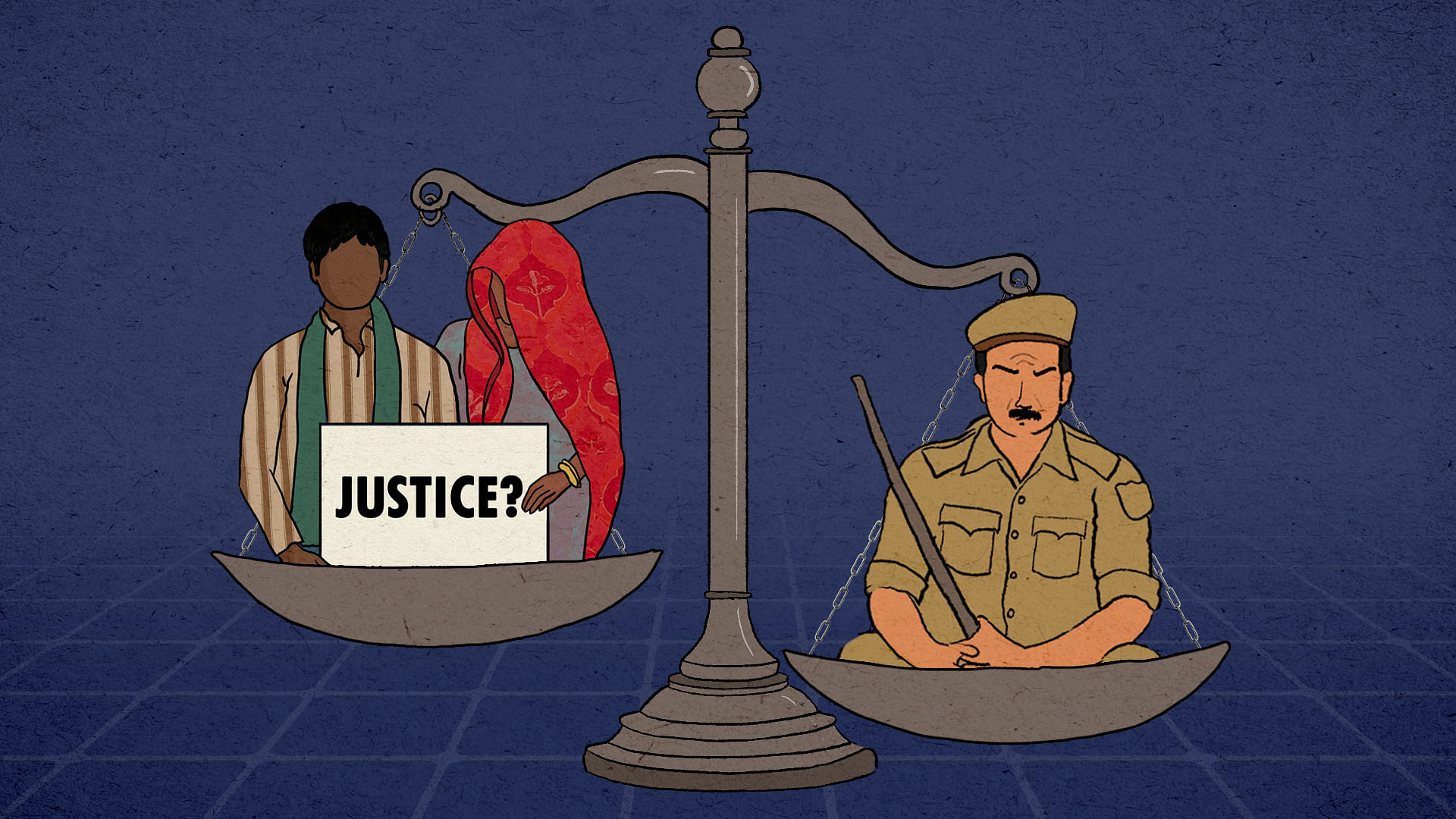 Why didn’t Hathras cop listen when Dalit girl said she’d been gangraped? He had piles, he says