‘Population jihad must be stopped’: Meet the men who shouted anti-Muslim slogans in Delhi

On Sunday, August 8, violent anti-Muslim slogans and speeches were made at Delhi’s Jantar Mantar, just a couple of kilometres from the Parliament. The inflammatory proclamations were made at a public meeting of organisations and supporters who had congregated after a call was made by former BJP spokesperson Ashwini Upadhyay.

The organisers of the event – stemming from groups like the Save India Foundation – had five main demands: population control, a uniform civil code, equal education for all across religions, and a control on illegal immigration and conversion. But this was a thinly-veiled mask for protesters to spread hate and anti-Muslim rhetoric.

While the police was present at Jantar Mantar during the event, they took no action at the time. Since then, however, an FIR was filed against “unknown persons”; the police also said the organisers did not have permission to hold the event. Later, according to India Today, six people were arrested in connection with the case, including Ashwini Upadhyay.

“The economic boycott of Muslims has to be done to save the country,” Uttam told Newslaundry. “Stop buying goods from them. Only then we’ll be able to break them.”

Uttam said he’s “inspired” by Yati Narsimhanand Saraswati, a Hindutva extremist who routinely spews venom against Muslims and their faith. In April, speaking at Press Club of India, Saraswati had hurled insults at Islam and Prophet Muhammed, leading to the Delhi police filing an FIR against him. The previous month, his followers had brutally assaulted a Muslim boy for entering temple premises to drink water. Afterwards, the temple put up a poster barring Muslims from going in.

Also at Sunday’s meeting was Sushil Tiwari, a member of a group called the Hindu Army. Tiwari came to Delhi from Lucknow to be part of the event, during which he shouted, “Jo Bharat murdabad kahe, uske seene mein goli ho..." Loosely translated, this means that whoever says “down with India” should have a bullet in their chest. 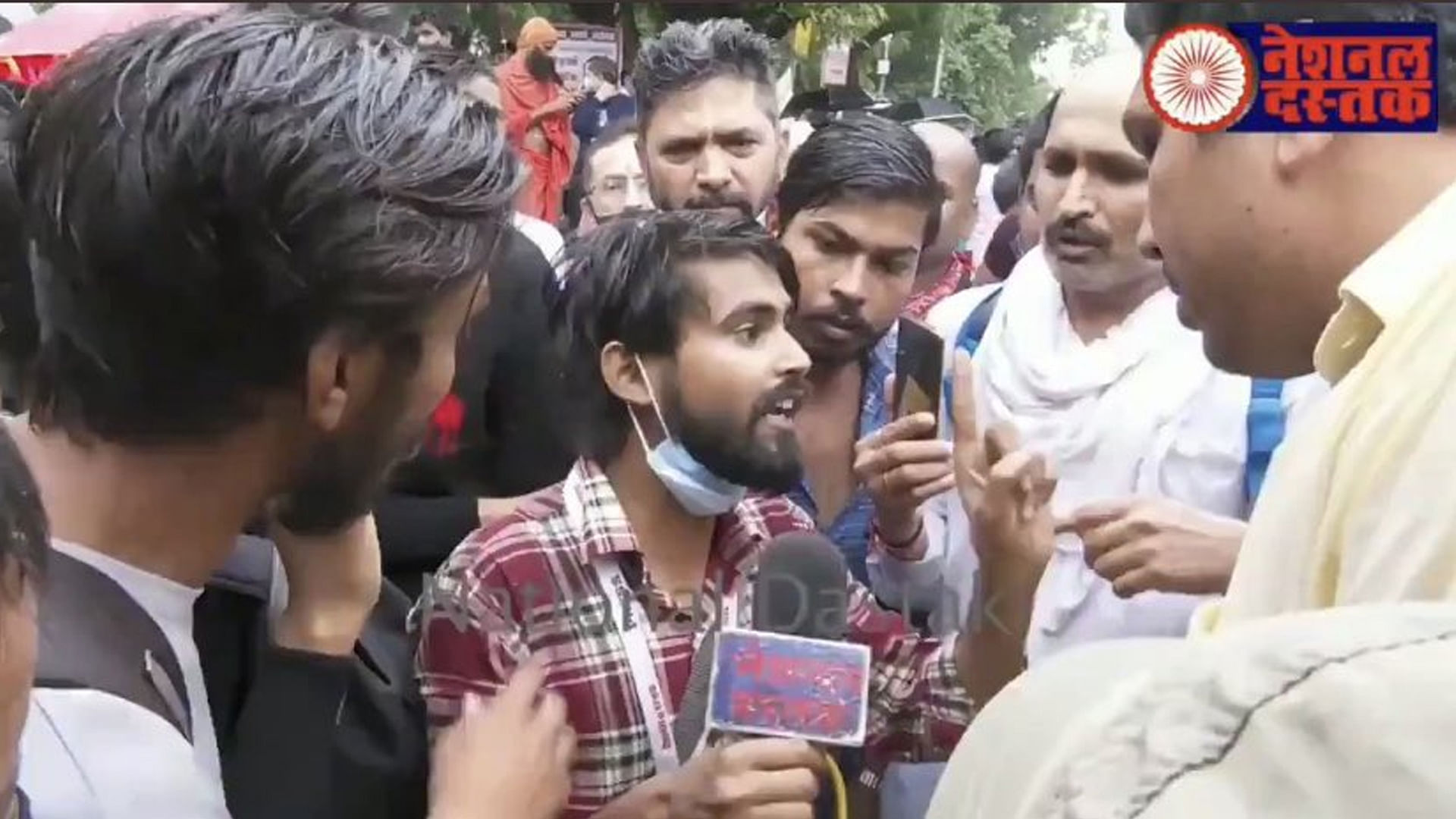 'Crowd said we are a jihadi channel': Journalist says he was forced to chant 'Jai Shri Ram' at Delhi rally

Sushil told Newslaundry that “hardliners” in India – referring to Muslims – want to “increase their population”.

“They intend to have 10 marriages and 50 children,” he said. “Eighteen years later, these convert into votes and [they] can declare India as ‘Ghazwa-e-Hind’. The population jihad can only be stopped by a population control law. Voting rights should be snatched away from those who have more kids.”

Newslaundry tried to speak to the station house officers at the Connaught Place police station and Sansad Marg police station but they refused to comment, as did the Delhi police PRO and area DCP.

Before his arrest, however, Ashwini Upadhyay told Newslaundry: “We did not have the permission to organise the event but yesterday was a historical day because of the Quit India movement and we don’t think prior permission was needed for it. The other thing is that I don’t know who the people raising slogans were. This video is from the evening but I returned early from there. I have complained to the police about this.”

A version of this story was first published on NL Hindi.