Is Outlook editor Ruben Banerjee being pushed out for a cover criticising the government?

Banerjee is now on ‘leave for a month’.

The email was prosaic enough, but the move is being seen as Banerjee’s exit from the group.

A source at Outlook who is familiar with matters told Newslaundry: “He was not asked to go on leave but the editor was being undermined by the management for quite some time.”

The source said, “Informally, we know that this was his last day in office. Ruben has been facing a lot of pressure from the management lately.”

Banerjee joined the Outlook group in April 2018 from Hindustan Times, where he was national affairs editor. He took over as editor-in-chief of Outlook weekly in English and in Hindi and Outlook Money.

In June, he was appointed editor-in-chief of all Outlook group publications and digital properties. “This elevation was part of synergy that didn’t entail increase in monetary terms but translated to fewer people looking after more things,” an employee at the group told Newslaundry.

Why then is Banerjee being thought to leave? The source at the group pointed at Outlook magazine’s cover issue dated May 13.

The issue came out at the peak of the second wave of Covid and emphasised that the government had gone “missing”. Curiously, this cover image was missing from the magazine’s online issue.

Come on Raheja group- give up publishing if you canât stick to your stand!@pbmehta @ShashiTharoor pic.twitter.com/k68zrE6XRU

The magazine’s managing editor Sunil Menon later tweeted that the image doing the rounds had merely been part of an “online promo”. But, the Outlook source said, “there was a lot of pushback after the ‘missing’ cover image. Outlook has never been in the good books of the government.”

The “missing” cover was not on the magazine's online page though. The webpage reflected the cover with the names of the authors for that issue. Following the furore, the cover was restored that day by 7 pm.

Newslaundry was also informed that the row over the cover spiralled into the editorial team being told “they shouldn’t have done that story”.

It also culminated in other diktats issued from management. “Recently, the editorial staff members were told that Pegasus can’t be a cover story,” the source said. “This instruction came while ideas for the forthcoming issue were at the inception stage.”

Another source of friction between Banerjee and the management, according to another employee at the group, was the recent layoffs at Outlook Business and Outlook Money. “Now, the pressure was to get rid of people in the main Outlook magazine,” the employee said.

Among other issues was the management’s decision that salaries would be cut by 30-50 percent. Additionally, editorial staffers were told to submit two stories a day, with an incentive of Rs 25,000 if they filed 55 stories a month.

As with several other media houses, the Outlook group also initiated salary cuts during the Covid pandemic. On May 30 last year, chief executive officer Indranil Roy sent an email to employees with the subject line “Difficult decisions in challenging times”.

“The current crisis arising out of the pandemic Covid-19 has created an economic turmoil in the world compelling companies to take various extreme steps in these desperate and unfortunate times,” Roy wrote. As a result, employees earning a CTC of Rs 3-5 lakh per annum had their salaries cut by 25 percent. Those earning Rs 5-10 lakh had a cut of 40 percent, and those above Rs 10 lakh lost 50 percent of their salaries.

A former employee, who quit soon after this announcement, said, “A lag of a few weeks in salaries has always been there since 2014-15. But this mail announced that salary cuts would be applicable with retrospective effect starting from April. I was furious since this was unethical. It’s like someone taking money out of my pocket.”

Roy’s email had cited salary cuts that would apply for the months of April, May and June. On July 26, 2020, however, the group’s human resources department sent employees another email, confirming that the company “will be continuing with the salary cuts for the second quarter (July to September) of FY2021 as per the below table”.

Meanwhile, salaries are still delayed. “There is a backlog of four months in clearance of salaries,” an employee told Newslaundry. “The last salary I got was two months ago.” After this story was published, Outlook group's CEO Indranil Roy reached out to Newslaundry and reiterated, "Salaries of all employees are being paid within a 30-day cycle."

Salary cuts were also accompanied by layoffs at the organisation. A former Outlook employee who had spent years at the group told Newslaundry, “During the first wave of the pandemic, we were working from home when we were suddenly asked to settle the accounts. Those who were let go received three months’ salary which was obviously truncated.”

Newslaundry tried contacting Ruben Banerjee for a response. He refused to comment on issues related to salary cuts, delay in payment of salaries, layoffs and the “missing” cover.

“Yes, I’ve gone on leave because I needed to clear my head and contemplate,” Banerjee told Newslaundry. “I’m immensely proud of our Outlook team that has been doing objective, fair and balanced journalism under very difficult times.”

The Outlook group’s CEO, Indranil Roy, denied that Banerjee is leaving the company.

“Not at all. I had approved his leave,” he said. “As part of our digital policy, reorientation is happening within the organisation. There’s been a lot of work going on and Ruben said, ‘let me take a break’.”

Roy also denied that there has been any pressure on the management after the “missing” cover.

On the issue of Pegasus not making it as a cover story, he said, “We had this discussion and found that there was nothing new in the report.” He confirmed that as part of the ongoing restructuring, “we had to let people go who were not digitally inclined”.

Update: This piece has been updated with details on when the 'missing' cover appeared on the Outlook website and with a quote from Indranil Roy. Arindam Mukherjee's departure from the group has also been clarified.

At Newslaundry, we don’t take ads from governments or corporations. We are an ad-free platform and depend on subscriptions to fund our reports, media critique, interviews, and podcasts. For we believe that when the public pays the public is served, when the advertiser pays the advertiser is served. Join the movement to keep news free and independent by subscribing to Newslaundry today. 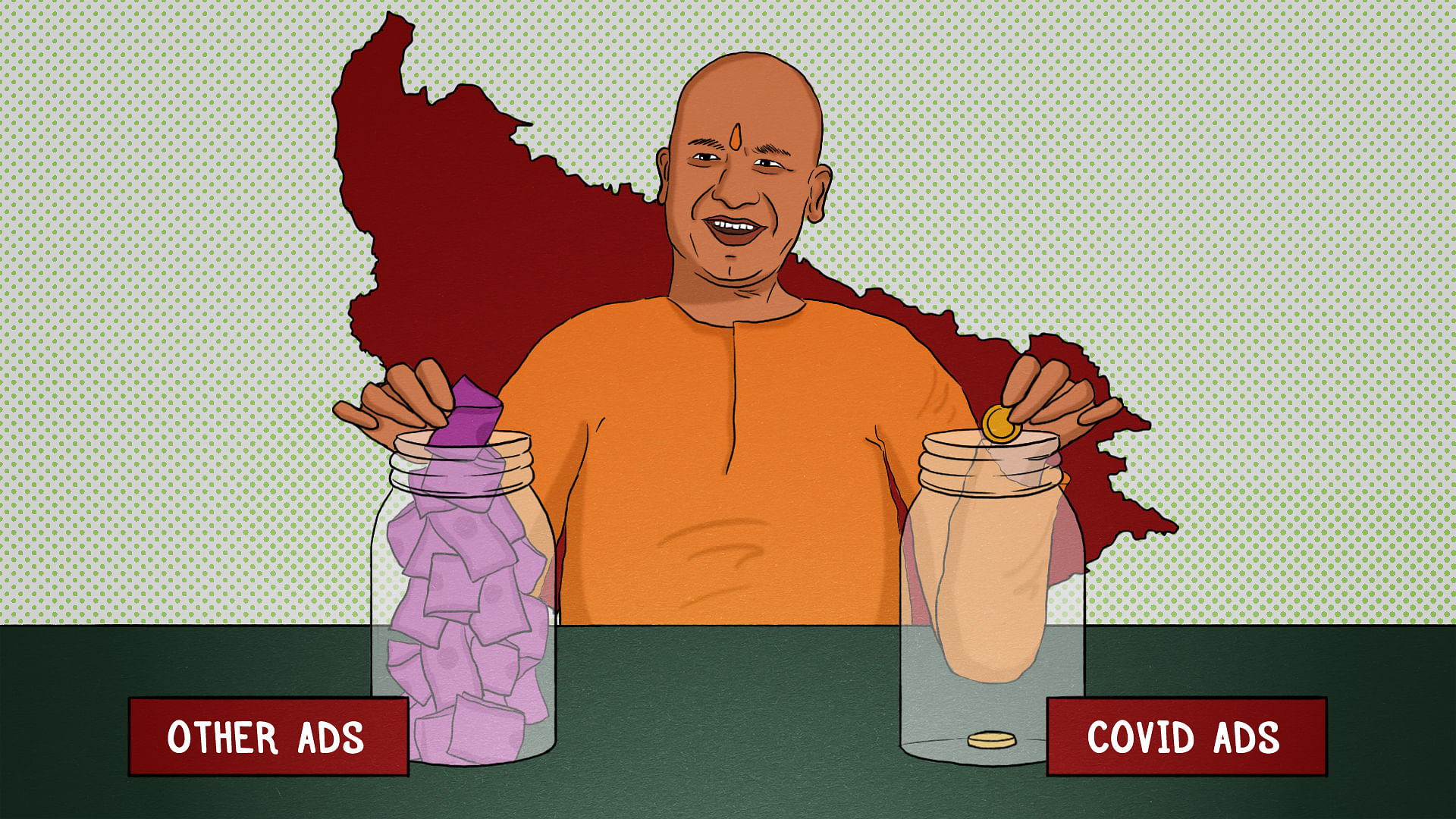 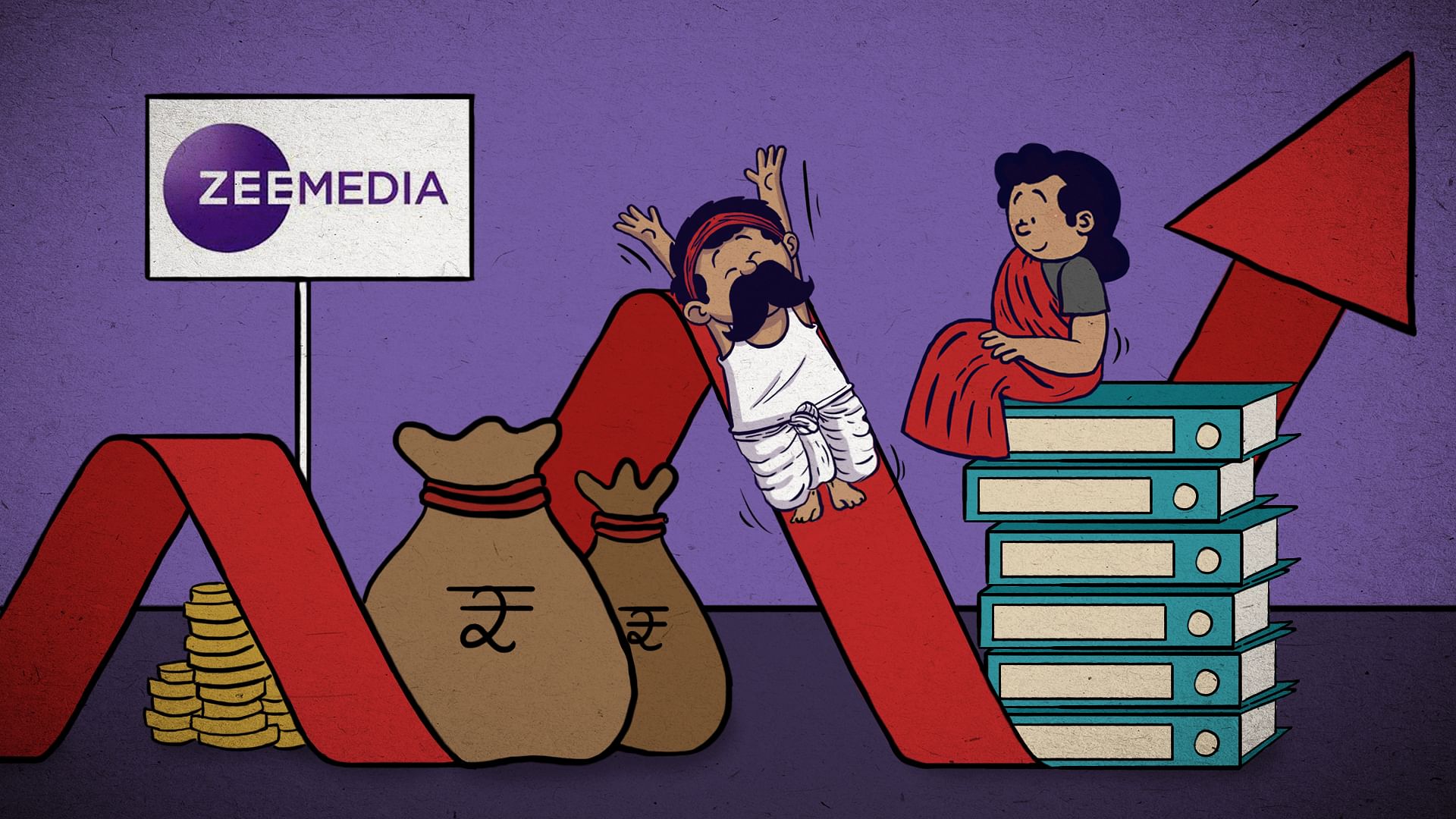