The Indian Women’s Press Corps, which had received an eviction notice, recently held an event with a Pakistani official.

On August 6, housing and urban affairs minister Hardeep Puri told the Rajya Sabha that the Indian Women’s Press Corps was among nine NGOS, trusts, memorials and social organisations that together owed the government Rs 1.40 crore in dues.

The IWPC was allotted land at Windsor Place in Lutyens’ Delhi in May 1994. The last retention order was issued on January 6, 2018 for a period of three years. The lease expired in January this year and the six-month concessional period also ended last month, according to the Print. Additionally, the IWPC owes the government Rs 30 lakh in outstanding dues.

Accordingly, on August 5, the directorate of estates, under the housing ministry, issued the corps an eviction notice and asked it to pay its outstanding dues with immediate effect.

Vineeta Pandey, the president of the IWPC, told Newslaundry that the delay in payment is due to “procedural delays” as a result of the Covid pandemic.

"The eviction notice came as the lease had expired in January 2021 and the renewal process got delayed due to lockdown and procedural delays," she said. "It had nothing to do with dues."

She told the Print that the IWPC had applied for a lease renewal which has been processed but “will take time due to inter-ministerial consultation”. The report added, “Pandey also said that the body has been paying rent on time and there has been a communication gap.”

While this sounds prosaic enough, some sections of the media attributed the eviction notice to something quite different. This is what Ashutosh Bhatia, an anchor with Hindi news channel Samay Live, had to say.

Now, here’s the news devoid of any emotion: On July 24, the IWPC organised an interaction with Khawaja Maaz Tariq, a spokesperson of the Pakistan High Commission. All members of the IWPC were invited, and IWPC often holds similar interactions with public personalities.

Straightforward enough, but not so for news channels. For them, yet another baseless Pakistan-related conspiracy was born.

On August 9, anchor Pradeep Bhandari began his show on India News by saying Pakistan has never been and will never be India’s friend.

“In such a scenario, it shocks me to see that some journalists extended an invitation to the Pakistan High Commission, because he was returning to Pakistan, without informing the ministry of external affairs or the central government,” Bhandari said.

Bhandari said “nine Pakistani officials” had been invited by the IWPC, including one Captain Abdul Adil. “And we have seen before as well that in the case of Pakistan, on several occasions, captains have had links with the ISI,” he said gravely.

Bhandari went to ask why the invitation had been extended and how everyone should unite against Pakistani propaganda. How could a journalistic body interact with Pakistani officials when the two governments are not talking to one another, he asked. Could there be a “Chinese agenda” at play?

Bhandari’s evidence of IWPC’s misdeeds included a photograph of its president, Vineeta Pandey, standing next to Tariq, as well as a screenshot that stated this was an official event organised by the IWPC.

During the show, India News also chatted with Sandhya Jain, a journalist and member of the IWPC. Jain said not all IWPC members were invited to this “party” on July 24, though she later contradicted herself and said the email was “sent to everyone” in the IWPC.

As she spoke, India News made full use of the rest of the space on its screen to aggressively flash hashtags like #PakPremExposed. Jain did not say the event was a “Pakistani conspiracy”.

SandhyaJain, Journalist & Member of IWPC makes a big admission on @pradip103's #JantaKaMukadma. She says 'the decision to host a farewell for Pak govt officials was done in secrecy by certain members of the press body' Watch the exclusive story here#PakPremExposed pic.twitter.com/NGrFRRoX4A

Bhandari also uncovered a Whatsapp group called “Ideas and Actions”. Apparently in the group, members and non-members of the IWPC questioned the “real intention” of the IWPC’s event with Tariq. India News aired “leaked” screenshots from the group showing these interactions. Jain told India News that she had also raised issues with the event on the Whatsapp group.

Bhandari said, “There were people within the Whatsapp group who were opposed to the idea of having the Pakistani diplomat invited. The Indian government has placed a red flag in Pakistan and China, then why are Pakistani diplomats being invited and treated in such a manner in a government leased building without informing the government?”

Jain said the event was “out of character because we have never received an incoming or outgoing embassy staff member in this manner...it was planned in a very secretive manner.”

Bhandari then announced, “In fact, there is a very senior journalist who said there are sources telling him that maybe there is someone in the group who is a close affiliate with ISI.”

Sounds confusing? Bhandari didn’t reveal who this journalist is, or the sources, or whom the “someone” is.

On August 8, IWPC president Vineeta Pandey responded to Ashutosh Bhatia’s post on Twitter, asking him to not “make an issue out of non- issue”. She was backed up by Reshmi Dasgupta, a former senior editor at Economic Times, who said people were trying to “instigate a confrontation”.

Thank you for your concern but don't make an issue out of non- issue. These are due to procedural delays due to the pandemic and lockdown. We and the government are working to resolve this.

People trying to instigate a confrontation between govt and IWPC over a procedural matter about the lease that is being sorted out already. Wonder why. And who is behind it. ð¤ð¤ð¤

Speaking to Newslaundry, Pandey said that it was unfortunate that the discussions that took place within the “confidential atmosphere” of the Whatsapp group had been publicly broadcast for the world to see. Pandey also said that while she did not want to comment on the discussion in the group, she had not received any official opposition to the event.

A senior member of the IWPC told Newslaundry, on the condition of anonymity, “On one hand, we journalists are questioning the government over the Pegasus snooping, breach of privacy and freedom of expression, on the other hand people from our own fraternity are leaking out our conversation and snooping.”

Referring to the news carried by India News and Samay TV, she said, “It is heartbreaking that people are planting false stories which are damaging the reputation of an organisation. This is being done without even cross checking with the office bearers. There are always two sides to a story. It would have been responsible journalism to reach out to me and take my version but they didn't.”

She added that the focus should have been on the eviction notice and the dues, and the reason IWPC giving a Pakistani diplomat a farewell is because “some channels want TRPs” even with fake news.

Newslaundry reached out to Sandhya Jain to comment on her allegations. However, she said that she would not do any more interviews. “The matter is over,” she said.

Update: This piece has been updated with a quote from Vineeta Pandey on the eviction notice. The strap has accordingly been changed too. 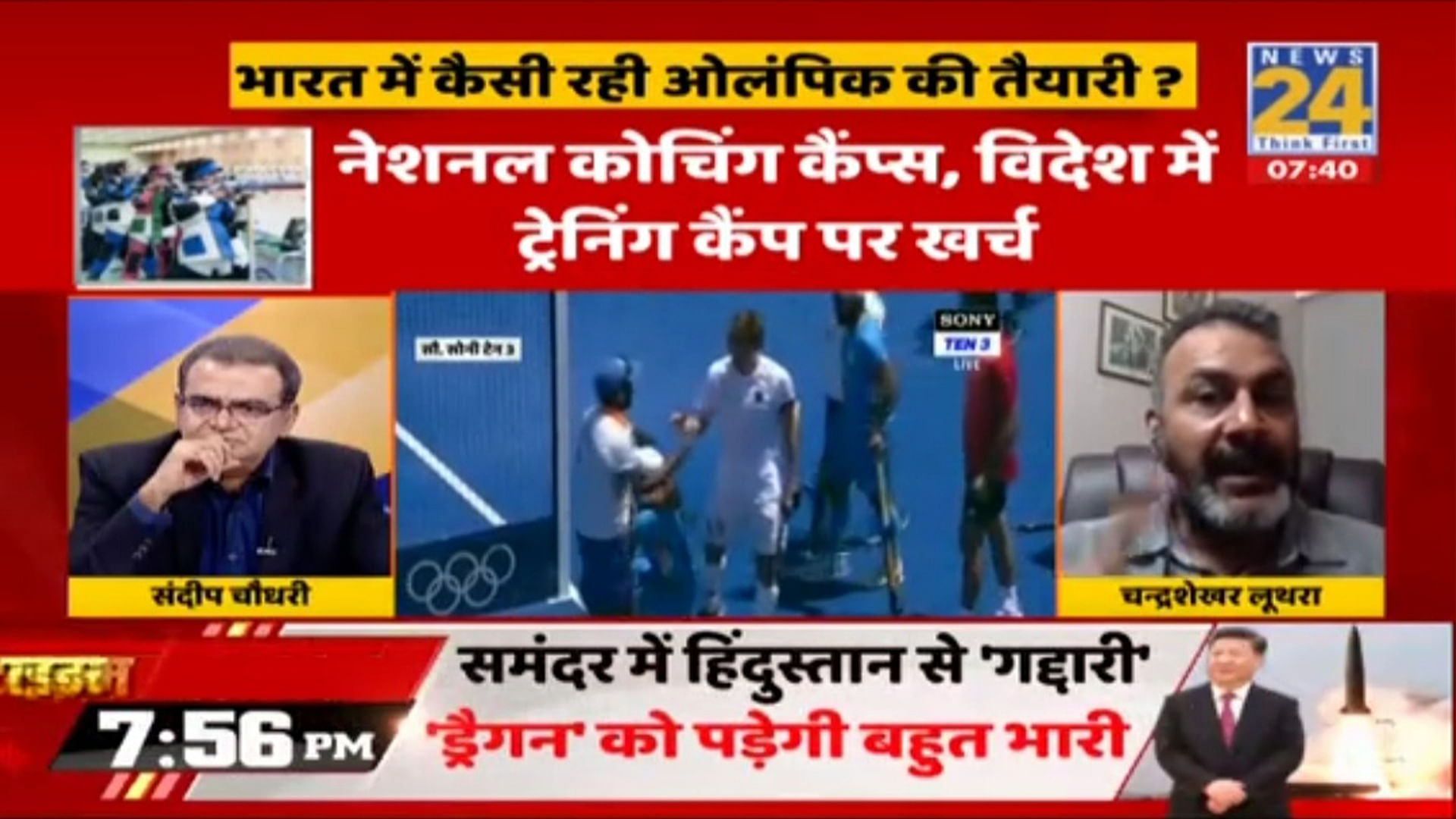 'Tukde-tukde toolkits’ is back on Times Now, this time to help BJP on Assam-Mizo conflict