Know Your TV News Panelists: The professor and the punching bag

Keeping up our promise of watching the news so you don’t have to, Newslaundry presents a brand new series: Know Your TV News Panelists. In this series, we will look at ‘expert’ voices that are routinely brought onto primetime debates to expound on everything under the sun – from the economy to the pandemic to foreign affairs to Shah Rukh Khan’s silence on world affairs. Poor SRK, being handsome is a full-time job.

If a lab in China needs to take the blame for unleashing the “Wuhan virus” on the world, then this leak’s on Newslaundry: Creating Media Commentariat Since 2012. Legend has it that the great Madhu Trehan was going through her Facebook list of friends to look for writers for Newslaundry, and came across Anand Ranganathan. Boy, are we glad she stopped at A.

Anyway, that’s how Anand Ranganathan, popularly known as Ranga Uncle, began his journey in the world of media commentary. He wrote articles for Newslaundry, did some doodling – pretty good stuff, if you ask us – and even appeared on our weekly podcast, NL Hafta, where, believe it or not, he once argued for the rebuilding of the Babri Masjid brick-by-brick to the original structure.

Back during his Newslaundry days, he also spoke of the detereorating state of TV journalism. In fact, here’s what the man had to say about the launch of Republic TV: “This is Narendra Modi’s dream come true...if at all a propaganda channel like Doordarshan has to be run by government, it has to be like Republic.”

Anand playing best buds with Arnab. ‘Anand is in form! Continue, Anand, with all my blessings,’ Arnab says here.

In Anand’s defence, though, he’s seen less with Arnab and chooses his cheaper imitations at Times Now.

Anand did a BA in chemistry at St Stephen’s College and then switched to biology at Cambridge, where he acquired an MA and PhD.

Apart from his regular job as a primetime expert, Anand is associate professor at JNU’s Special Centre for Molecular Medicine, where the microscopes perhaps feel ignored as he leans into primetime camera lenses. Don’t be too harsh now, though, dear reader. Speaking as a panelist every night from the Taliban takeover to #JusticeForSSR is hard enough without also having to co-author research papers that are battling accusations of image manipulation and shoddy methodology. How much can one man do?

Judging by his prolific debates on primetime TV, one might argue that far from being a scientist, Ranganathan is an angst-ridden theologist who has only read the Quran – or googled its verses on HumHindu.com – and boy, does he hate it.

Night after night, the Professor can be found delivering angry speeches – which we suspect he might be reading from his laptop – broad-stroking Muslims and delivering waspish insults to co-panelists with Arnab Lite watching in awe.

An intent RSS and Shehzaad Poonawaala listen in as Prof. Ranga Uncle brings his expertise in biology to opine on love jihad.

Professor Ranganathan on the Times Now frontlines in the battle against Rhea Chakraborty. Hopefully he has not been mixing such masala into his chemical beakers at JNU’s laboratory.

Anyway, if one remains cognizant of his formidable education in science, one might look at Anand on TV and think he is a hawk among crows. But it’ll take you 30 seconds of watching to realise the beak is now chipped, the talons blunt, and the wings too bent for flights of true intellectual inquiry.

She’s an author, journalist and commentator, and one of India’s best known political analysts, according to OP Jindal University. At which point you must wonder what she’s doing on Times Now.

Each nightly cacophony (read: debate) on Indian television news comprises a fixed trope of panelists that run formulaic propaganda. Apart from the regular political party spokespersons going at each other’s throats, non-expert experts (read: above) and ludicrous representatives of the "other" (read: Muslim) community, there is the occasional space for an “anti-national” liberal figure.

Enter Saba Naqvi, who’s happy to serve as a punching bag. The quintessential “progressive” who is, well, part of the problem.

Saba is a former political editor at Outlook magazine, making a name for herself in journalism quite like her father, veteran journalist Saeed Naqvi. Most recently, she covered the West Bengal election for India Ahead News, among other organisations, and has four books to her name. Fun fact: she is also a graduate from St Stephen’s College like Anand.

Now, Saba is well-aware of what TV news debates have become.

They are doing live reality TV and hysterics with anchor etc only to get eyeballs.

You may say she’s talking about Republic in the tweet above, and that she believes paler imitation-anchors on Times Now are somehow better. But we don’t agree. Who wants to watch Harman Baweja when you’ve got Hrithik Roshan, anyway?

On this debate, Times Now, anchor Rahul Shivshankar had already hurled labels such as “Khan market gang”, “Lutyens gang” and “tukde tukde gang” at Saba within the first three minutes of her opening comments.

As the debate eventually progressed into an ad hominem cesspool, Saba was called names such as “desi Miss Marple” and “kitty party journalist” by RSS’s BFF Anand, who mocked her “fake news” journalism, and had her credibility openly questioned.

Now, for the most part, Saba was an active participant, making for a dramatic exchange that ensured eyeballs for the channel. She was also decidedly weighed against, constantly asked to keep quiet, and had her audio casually lowered at whim.

At this point, Saba should have ideally said katti to TV news debates. But, well, here we have her do dhappa on Times Now again.

One can only hope she gets paid more than Anand for her appearances to make up for all the cornering she suffers.

Of course, her Muslim cred helps. She’s called on regular Hindu-Muslim debates where she has her fair share of participation in petty tu-tu-mai-mai. But she is also used to prove another point. That even the “moderate” (whatever that’s supposed to mean) liberal Muslim still remains an unacceptable Muslim on TV news. Unless you're a Shazia aligned to the BJP. 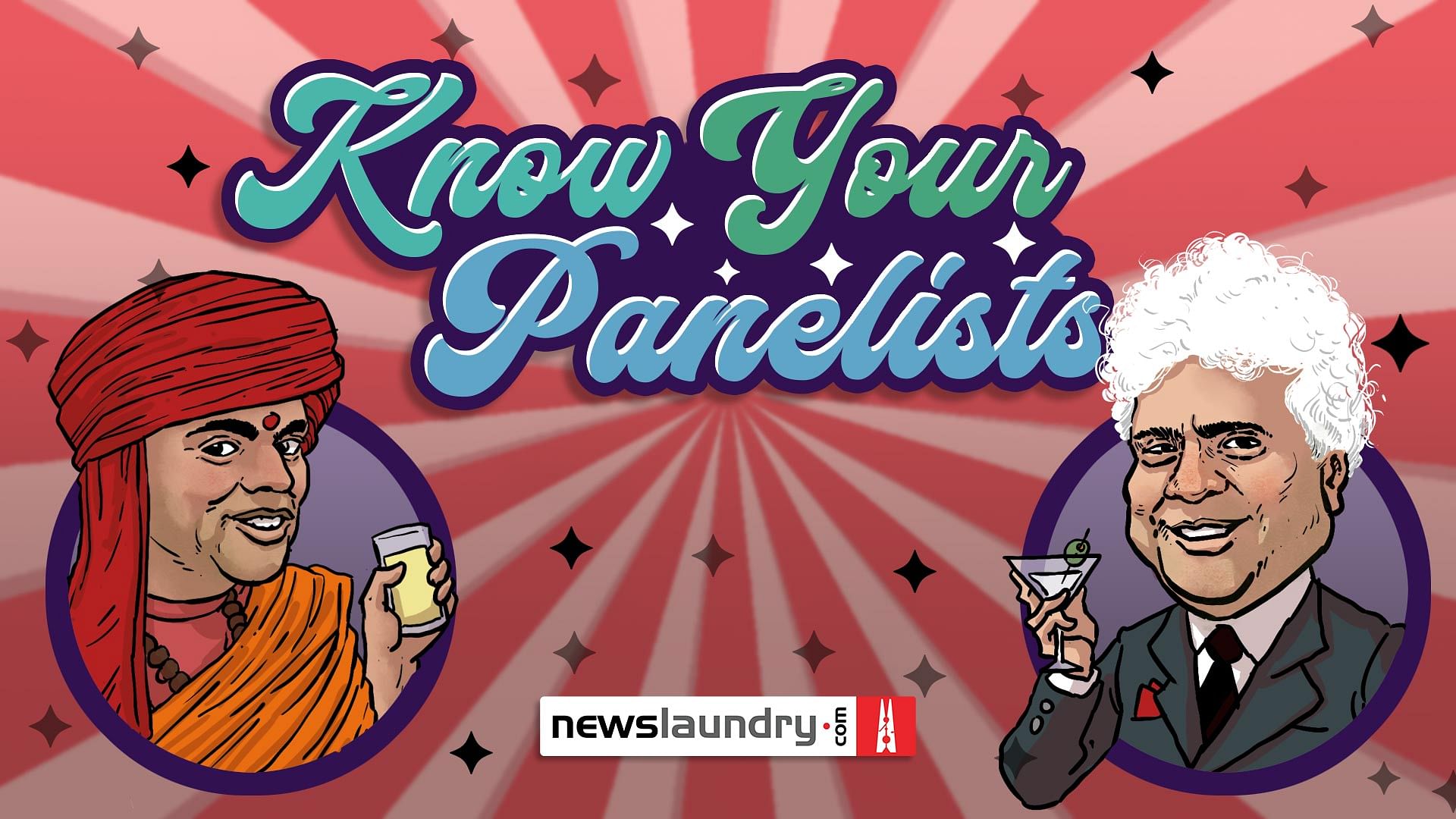