Keeping up our promise of watching the news so you don’t have to, Newslaundry presents a brand new series: Know Your TV News Panelists. In this series, we will look at ‘expert’ voices that are routinely brought onto primetime debates to expound on everything under the sun – from the economy to the pandemic to foreign affairs to Shah Rukh Khan’s silence on world affairs – and now even his son. Poor SRK, being handsome is a full-time job.

He has a handlebar moustache, a snarling mouth spewing angry invectives, and blood pressure levels that would knock the spectacles off a doctor’s nose.

No, we’re not describing Yosemite Sam. But you’re close. It’s the guns blazing, azadi hating Gagandeep Bakshi, a retired major general and war veteran of the Jammu and Kashmir Rifles. Indeed, the moustache is not all General Bakshi is decorated with: he was awarded the Vishisht Seva Medal for commanding a battalion in the Kargil War, and has done extensive work in counter-insurgency for which he was awarded the Sena Medal.

So, if ever there was a hope for calm, reasonable conversations on primetime news, GD Bakshi tossed a grenade at it a long time ago, and then shot it for good measure.

In an interview with Newslaundry in 2019, when Bakshi was asked what makes him an expert to come on primetime TV and talk about JNU, he told us with a GD Bakshi smile, that rarest of creatures peeking through the bushes of his whiskers: “My expertise, sir, I thought I had made it amply clear, is my country first, always and every time.”

In today’s India, where “free speech” shares space with the idea that you can’t question army men unless you prefix it with “I have respect for you, but...", General Bakshi is a loud and reliable weapon for Republic TV. Loaded with a propensity for screaming matches and a ridiculously high calibre of toxic nationalism Bakshi is always found with guns akimbo – figuratively, of course, but primetime TV careers seem to go on for a while, so you never know.

He screams at you if he agrees with you and he curses you if he doesn’t. Here he is on Republic last year, unleashing a volley of “kuttey, neech aadmi, badtameez, vaahiyaad” on a co-panelist before concluding with a knock-out “madar****” that went viral on Twitter.

The general shares a treasured relationship with Arnab Goswami, such that he launched a full-blown campaign to release the “sher ka baccha” when he was arrested by the Mumbai police late last year. He held a protest at Jantar Mantar where, in a tale of bizarre twists, he screamed at a Republic reporter about the dangers of authoritarianism.

In the emotional medium of TV news, it’s always the extremes that make a panelist worthwhile. Back during Arnab’s days at Times Now in 2016, General Bakshi showed he can cover the whole spectrum of emotions as he wept fiery tears because he considered any argument against mandatory flag-hoisting in central universities an insult to the nation. None other than Smriti Irani called into the debate to tell him the country stands by him.

The good general even has a PhD in military history and has authored at least 30 books – most of which are populated by the stereotypical hairy babas and swamis of ancient India. His latest work is The Sarasvati Civilization: A New Paradigm in Ancient Indian History (2019).

The book has a short chapter titled “The Clue of Soma: The Divine Mushroom?” where Bakshi wrote about a magic Vedic mushroom that was “ingested alike by the Brahmin priests and warriors. It induced mood elevation, euphoria and ecstasy.”

Mushrooms, euphoria and ecstasy? For shame, General Bakshi! Perhaps a shared Soma mushroom was the key all along to forging a peace treaty with his enemies: the decadent and wayward students at Jawaharlal Nehru University.

There are many flavours and varieties of hate that parade through our idiot boxes every night. A true connoisseur of hate is Tarek Fatah, who has practised many variants over his long TV career and seems to have settled for a base variety for now. From logical fallacies to outright venom, he’s got it all.

Fatah is a Pakistani-Canadian journalist and TV commentator who claims to be a “progressive” spokesperson for the Muslim community. Except that it is a positioning he has thoroughly (mis)used.

Fatah left Pakistan in 1978, spent 10-odd years in Saudi Arabia as an advertising executive before arriving in Canada as an immigrant. He dabbled a bit in politics before his first stint on TV in the 1990s, hosting CTS Television’s Muslim Chronicle, a show focusing on issues related to the Muslim community in Canada.

Once 9/11 cast a shadow of gloom in the West, Fatah cemented his self-proclaimed position as a “representative” of the community, rallying against the threat of “Islamist agendas”. Since then, whether as “champion” of secularism or a fearmonger, Fatah developed a certain popularity as a provocateur, featuring in many radio and TV programmes like Friendly Fire with Ryan Doyle or the Agenda with Steve Paikan. He currently has a column in the Toronto Sun.

Fatah’s real talent, however, was truly discovered by Indian television, of course, which gave him a chance to explore going full wack. Now, even a small sampling of his Twitter account is enough to establish his credentials as a fake news peddler.
As a “vocal critic” of Pakistan who used his “progressive” façade to denigrate an entire community, Fatah was irresistible for Indian TV. Zee News gave him an entire show of his own in 2017, called Fatah Ka Fatwa, which ran on gross prejudice. The show’s off the air now but Fatah still hosts a similar YouTube show for New Delhi Times called What The Fatah.

Given that the Taliban was the topic of last month, here’s Fatah on Republic commenting on the despicability of the people of Pakistan who are ‘loyal to none’ except their own self-serving agenda. Don’t miss the irony that Fatah, a Pakistani-Canadian, is on television to present the “India view”.

On Times Now, he warned Navika Kumar of the dire consequences of the Taliban – not in Afghanistan, but in India. Muslims are “mentally deranged people”, he lamented, who, thanks to a genetic disorder, have “bloodshed as part of their ethos”. He accused the Indian Muslim community of “hating Hindus” and “raping children”. Navika was forced to weakly interject with a “well, I don’t know if all of them do”. Wow.

Fatah was then spotted on Zee News, ruminating on why the “Taliban in Hindustan” – which he described as a “virus emanating from Deoband” – hasn’t already left our shores for Pakistan or Afghanistan.

Fatah’s filterless hate is a god-send for news anchors, who would otherwise have to tiptoe around dog-whistling. His role is to “expose” the Muslim community as an “insider” – he was purportedly persecuted as a journalist in Pakistan 40 years ago – and he holds the Mughals fully responsible for everything.

Of course, hating on Mughals implies he shares a special bandhan with Godi media. From Lodhi Garden and Qutub Minar to Mughal-e-Azam, here’s Fatah Saab on Aaj Tak shaking his fist at the “plunderer Mughals” whose naamo-nishaan he wants erased from the subcontinent.

It doesn’t matter that Fatah lives in Canada, is originally from Pakistan, and has no lived experience in India whatsoever. As long as you’re an avid practitioner of communal disinformation with a penchant for conspiracy theories, you’ve got a ticket to an Indian news panel. Some of these channels will even honour you by calling you an “Islamic scholar” if you promise to spit lies against the Tablighi Jamaat.

Here on News Nation, his role was to explain why the protests against the Citizenship Amendment Act, in India, were actually a Pakistani conspiracy.

Or almost justifying the Babri Masjid demolition by questioning the legitimacy of the “gunda” who built it.

Like a master troll rising from the dungeons of an IT cell, Tarek Fatah remains an Indian TV news favourite. No surprises there. 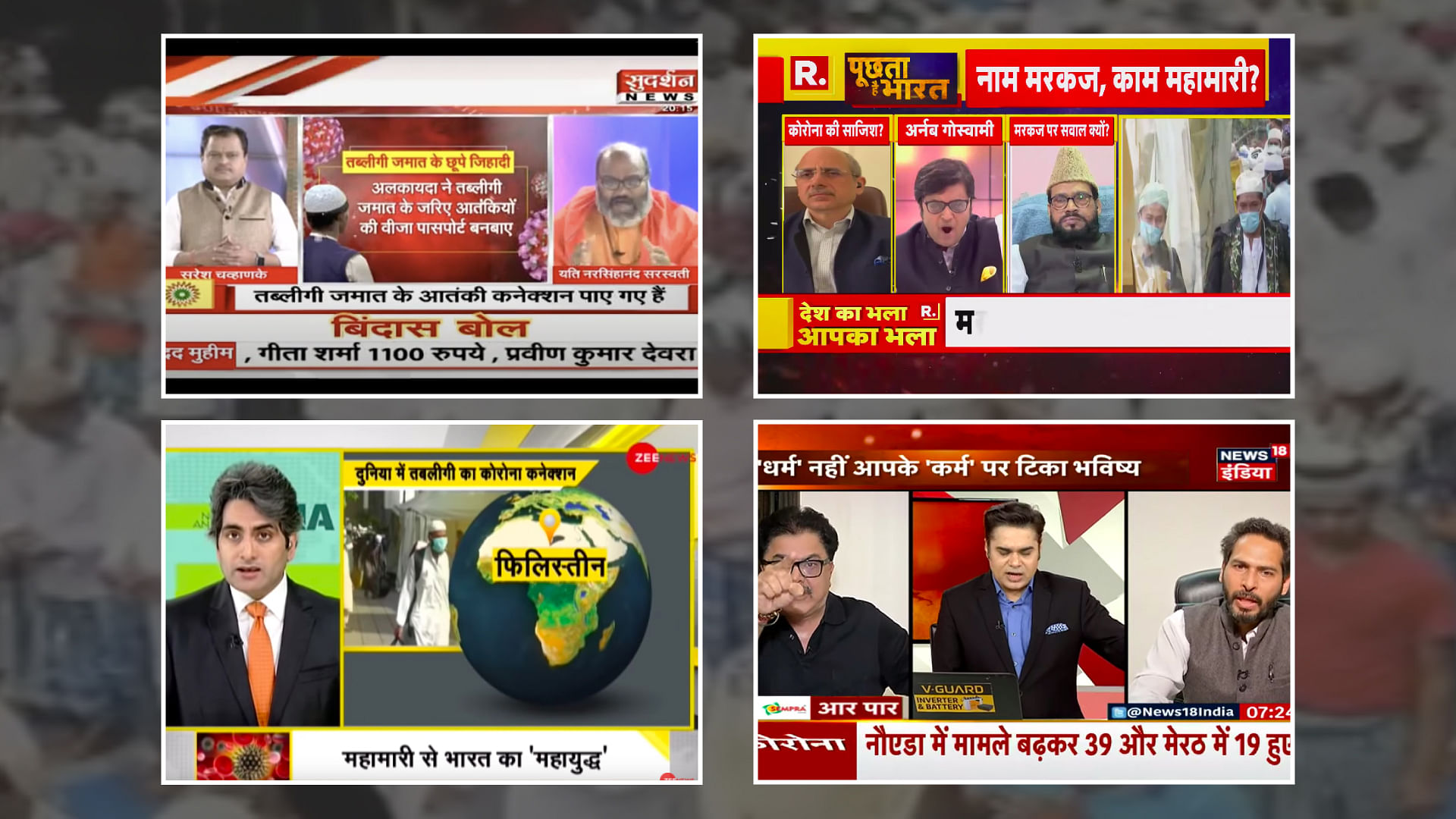 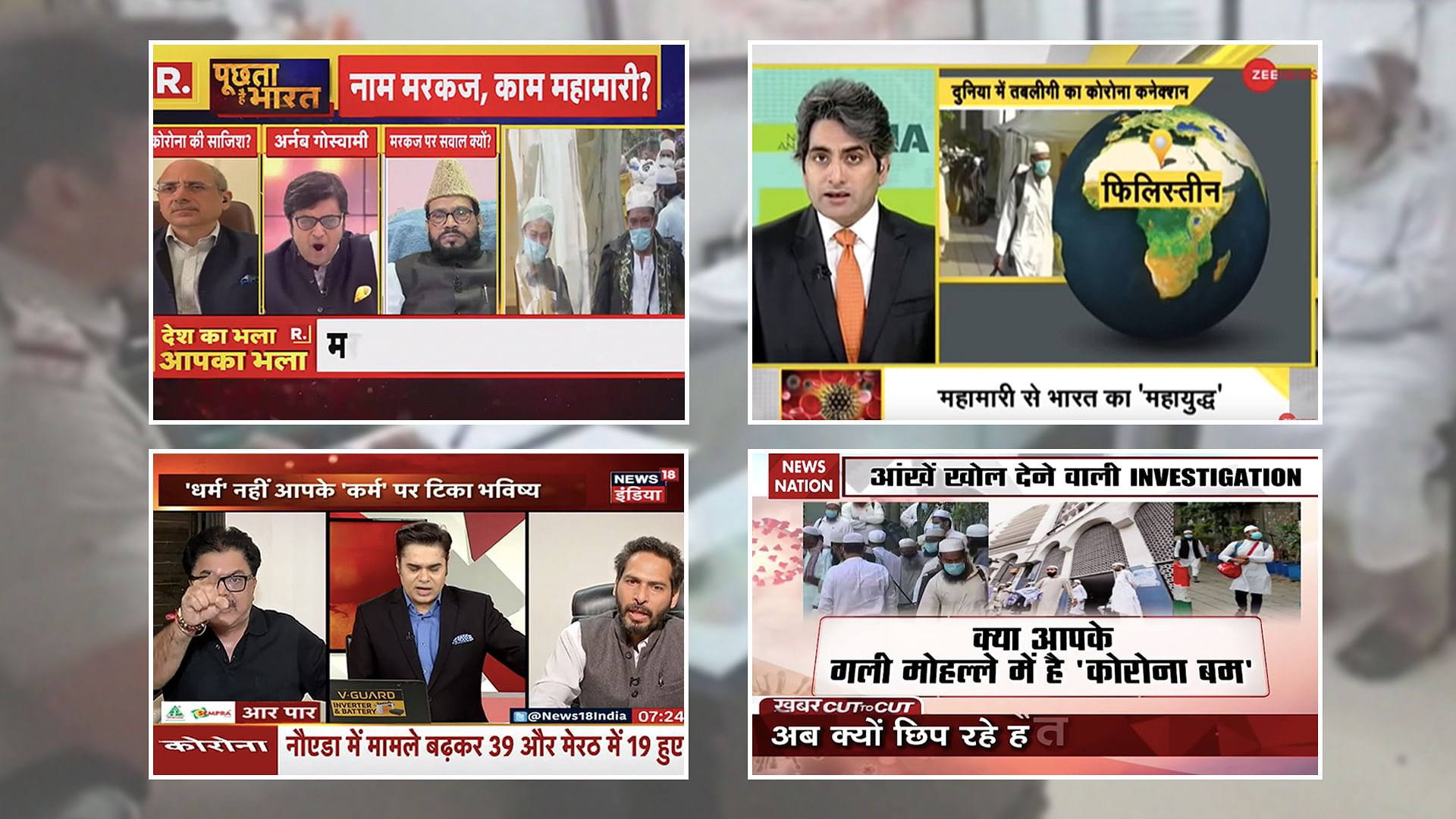