Lovepreet Singh, 20, was the youngest of the eight victims that day while Nachhattar Singh, 62, was the oldest.

On October 3, three vehicles rammed into a crowd of protesting farmers in Lakhimpur Kheri district of Uttar Pradesh. It is alleged that Ashish Mishra, son of union minister Ajay Kumar Mishra, was in one of the cars. Two of the cars belonged to the minister.

Eight people lost their lives that day: four farmers, two BJP workers, the minister’s driver, and a journalist. The horror played out in a video of the incident that went viral on social media.

Of the eight who died, the youngest was 20-year-old Lovepreet Singh and the oldest was 62-year-old Nachhattar Singh. Both were farmers.

Neither had attended a farmers’ protest before this one. The protest they attended on October 3 was their first and last.

‘This is all politics now’

Nachhattar Singh wound up at the protest after hearing that his son planned to attend.

On October 3, his son Jagdeep Singh, 32, made up his mind to attend the protest taking place at Lakhimpur Kheri’s Tikunia. The gathering was scheduled for October 3 to protest against the arrival of deputy chief minister Keshav Prasad Maurya at a wrestling event in union minister Ajay Mishra's hometown.

Jagdeep and his family live over 150 km, or three hours, away from the protest site. At 11 am, soon after breakfast, his father Nachhattar told him that he wanted to attend the protest.

“I don’t know why exactly he said that,” said Nacchhattar’s wife Jaswant Kaur. “He had never been to a farmers’ protest before and kept talking about wanting to go to the Singhu border. So, Jagdeep stayed back and my husband went instead.”

So, at around noon, Nachhattar tied a green turban on his head, hopped onto a motorcycle with his friend Balwand Singh, and set off for Tikunia. This was Balwand’s first time at a protest as well.

Five hours later, Jagdeep was scrolling through social media websites on his phone when he realised that violence had taken place at the Tikunia protest site. The family began to panic. By 7 pm, Jagdeep saw photos of his father’s dead body on social media.

Nachhattar’s friend Balwand, who had served in the army for 28 years, survived. He told Newslaundry that the protest had ended at around 3.30 pm, and most people were relaxing and eating at the langar.

“I was near the helipad and Nachhattar was on the road,” he said. “I ran towards that side when I heard the noise and gunshots. For a long time, I was searching for Nachhattar. I didn’t realise he had died.”

In the days that followed, videos of the incident clearly showed how a Mahindra Thar, belonging to union minister Ajay Mishra, rammed into the protesting farmers. A elderly man in a green turban was thrown onto the bonnet of the car, which did not slow down.

That man was Nachhatar Singh. He died from shock and haemorrhage, according to the postmortem report, leaving behind his wife, two sons, and a daughter. The family owns five acres of land, on which Nachhattar and Jagdeep, his older son, cultivate sugarcane. The second son, Mandeep Singh, had joined the Sashastra Seema Bal in early April. He was scheduled to get married soon.

Nachhatar Singh in the videos of the incident.

When Newslaundry visited his family on October 6, a large crowd had gathered outside their home. Villagers from around the region had come to witness the arrival of Congress leaders Rahul Gandhi and Priyanka Gandhi Vadra.

“It was my father’s dream that one of us joins the army. I fulfilled that dream of his,” Mandeep told Newslaundry, referring to his joining the Sashastra Seema Bal.

Mandeep said that the first time be voted, he voted for the BJP. In fact, most of the family supports the saffron party. “But now,” he said, “we will never ever cast a vote for that party.”

The Uttar Pradesh government has promised compensation of Rs 45 lakh each to the families of the farmers killed on October 3. The administration also promised to arrest Ashish Mishra. So far, this hasn’t happened.

“The administration is not so weak that any person can dodge the police this way,” Jagdeep said. “This is all politics now.”

As the conversation drew to a close, he added quietly, “Things are changing now.”

When asked to elaborate, Jagdeep said, “Things have always been so peaceful here. We Sikhs have lived amongst Hindus for years. But in the last year, things have changed. Now there’s an anger simmering between Hindus and Sikhs.”

‘He just went to see the protest with his friend’

When Newslaundry visited Lovepreet Singh’s home in Palia at 7 pm on October 5, the village pradhan, Narendar Singh, was sitting outside with a handful of Lovepreet’s relatives. Torch in hand, they were poring over Lovepreet’s postmortem report.

The report said that Lovepreet had died from brain hemorrhage and shock. Multiple fractures were detected in his body. He was cremated roughly 100 metres from the home he grew up in, in a field belonging to his family. The pyre burned late into the night.

Twenty-year-old Lovepreet had spent most of his life in Lakhimpur Kheri. He had just completed his Class 12 and had written the IELTS test, hoping to go abroad. He wanted to study science but due to the Covid pandemic, had postponed his journey overseas. He spent his free time looking up universities in Canada and hanging out with friends in the neighbourhood.

On October 3, Lovepreet’s friend and neighbour Prabhpreet Singh told him there was going to be a farmers’ protest in Tikunia. Lovepreet’s sister Gagandeep Kaur, 19, told Newslaundry, “My brother was not political nor did he understand these things much. He just went to see the protest with his friend.”

At 1 pm, Lovepreet and Prabhpreet departed on the latter’s bike for the protest site, around 60 km – or one and a half hours – from their village.

At 4 pm, Lovepreet’s father Satnam Singh received a phone call informing him that his son had been injured and was presently in Ninghasan. Satnam immediately got on his bike and left for Ninghasan; when he was halfway there, he got another phone call telling him that Lovepreet had been referred to the district hospital in Lakhimpur Kheri. He was being taken there by ambulance.

“So, I also made my way to Lakhimpur and started following the ambulance,” said Satnam. As they reached Shardanagar on the way to the hospital, the ambulance stopped and Satnam was told that his son had breathed his last.

“That’s when I got into the ambulance and we made our way back to Tikunia,” said Satnam. For the next 24 hours, Lovepreet’s body was kept at the protest site, alongside the bodies of the three other farmers who had died, including Nachhattar Singh.

It was only after Rakesh Tikait negotiated with the administration that Lovepreet’s body was brought back home on the evening of October 4. His cremation took place at 3 pm the following day, after the postmortem report had been handed over to his family.

Lovepreet is survived by his parents and two sisters: Gagandeep and Amandeep Kaur, 18. The family owns three acres of land on which they cultivate sugarcane.

This was the first and last time Lovepreet would attend the farmers protest. Prabhpreet, with whom Lovepreet had gone to the protest, was also injured. When asked if we could speak to him, another neighbor said, “Please don’t go to his house now. He is injured and not in a mental state to talk.”

Mandeep Singh had joined the Sashastra Seema Bal, not the army. This has been corrected. 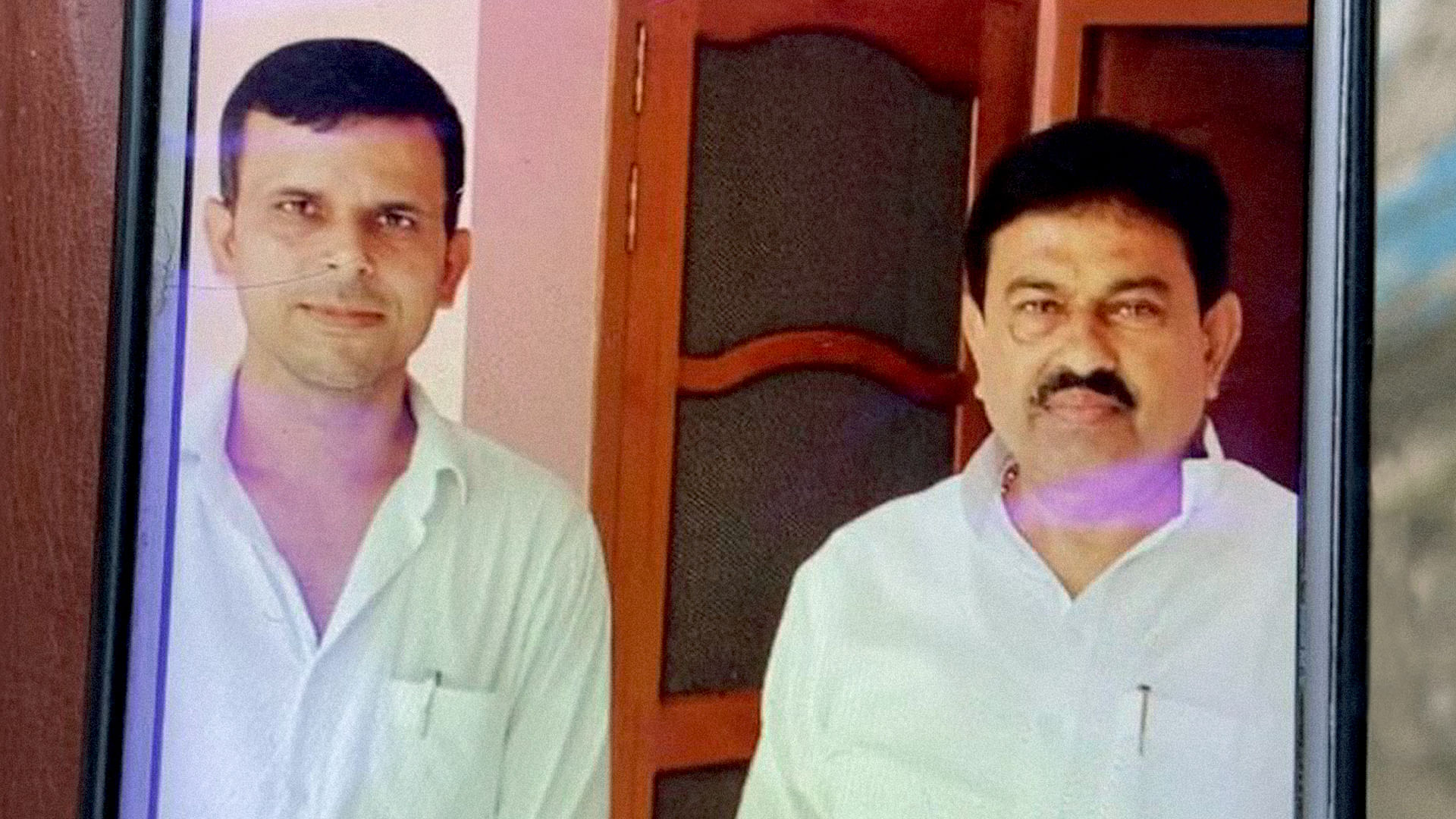 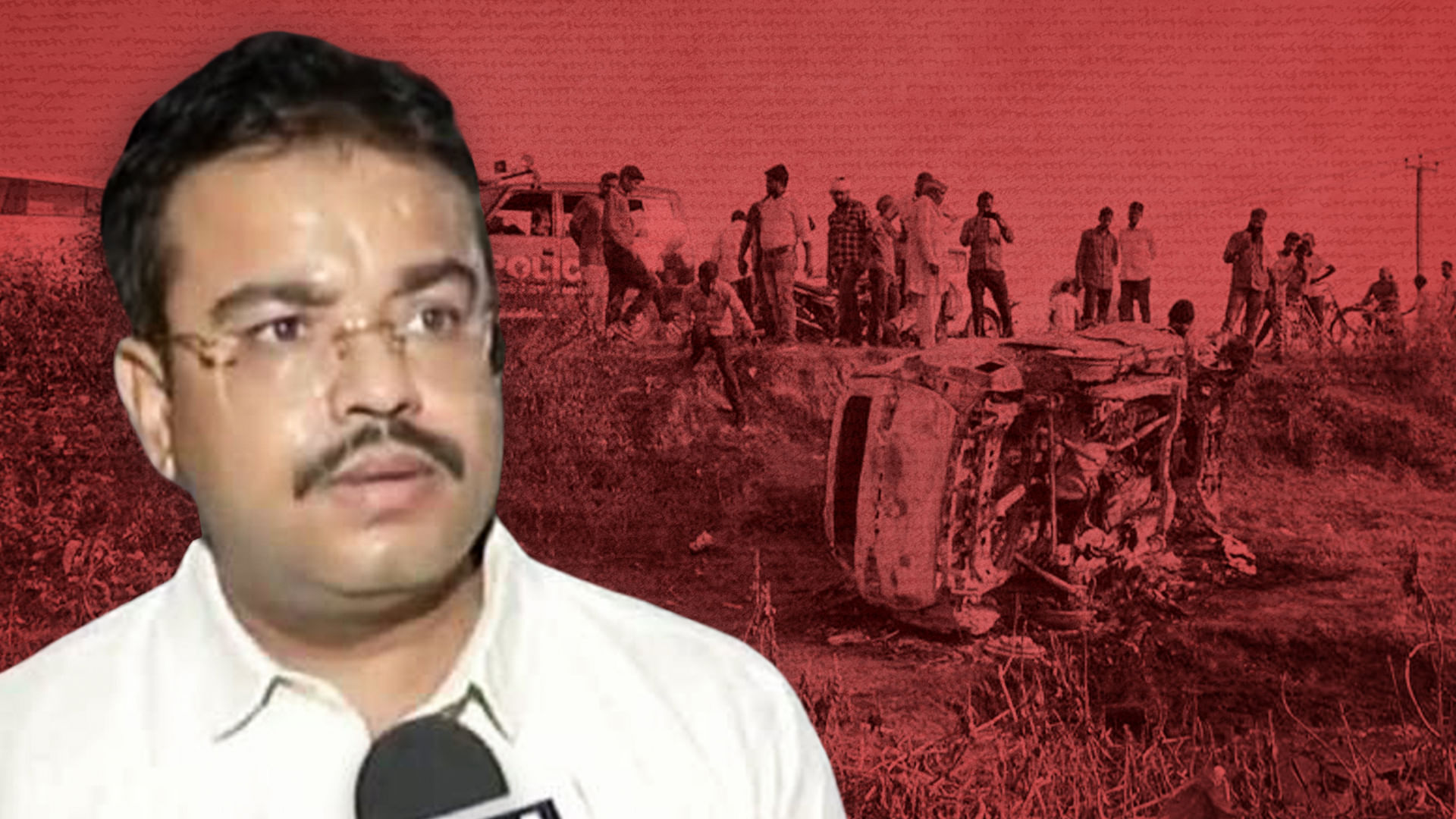