Was Ananya Panday really ‘joking’? Depends on which ‘source’ you speak to

The real joke though may just be on the news consumer.

Here’s a search string you never thought you’d need to Google: “Ananya Panday + joking”. Yet such are the times we live in that this is what constitutes the news of the day.

The short version of events is that Ananya Panday is a Bollywood actor, offspring of the legendary Chunky Panday, and the subject of questioning by the Narcotics Control Bureau. She’s also friends with Shah Rukh Khan’s son Aryan – he who is currently in jail for not possessing drugs but perhaps thinking about consuming drugs. It’s confusing.

As wall-to-wall media coverage revealed, all attributed to “NCB sources”, Ananya was asked about a WhatsApp conversation between her and Aryan, where she was purportedly asked if she would “arrange” ganja. And Ananya replied, “I will arrange.”

When the NCB asked her about this exchange, she apparently said, “I was joking.”

It’s an excellent story and media houses like India Today, Republic, Midday and Zee News ran with it, citing “NCB sources”, replete with photos of Ananya outside the NCB office, others curated from her Instagram handle, and one single photo that everyone published of Ananya and Aryan.

Sadly, an NDTV reporter burst everyone’s bubble when he said the entire story had been “cooked up”.

This whole story that Ananya Pandey told the @narcoticsbureau âI was jokingâ shows what rubbish passes off as news these days. This originated when someone said her answer to NCBâs questions would be âImma jokingâ a famous Chunky Pandey dialogue. This is completely cooked up.

If you are unfamiliar with Chunky Panday’s body of work, “I’m joking” is apparently his famous dialogue from the movie Housefull.

But is he right? Was this entire story pulled out of thin air? Did “NCB sources” actually confirm Ananya’s “joking”?

First off, this is what an official at the NCB told us: “It is absolutely false what the media is circulating. There is no truth in that. These are long investigations. But the media is expecting that in one or two days, everything will be solved. It is not like that.”

He attributed the news reports to the “imagination of the media”.

Next, a journalist from a major Delhi-based media house, who was outside the NCB office on the day Ananya was questioned, said, “We were all standing in a group and talking, like reporters do...Someone said Ananya had said she was joking when shown the WhatsApp chats. Then one of us jokingly said, ‘No, she must have said ‘I’m joking’ because it’s her father’s dialogue.”

When NCB officials emerged, a couple of the reporters asked whether Ananya had said she was “joking”. “He denied that anything of this sort happened,” the journalist said.

Yet another reporter, who was outside the NCB office on Thursday and Friday, read about the “joking” comment on a news website. Noticing that the story was being picked up by other organisations, the reporter’s news desk “hammered” him to verify it.

So, the reporter said he spent the whole day trying to corroborate from sources at the NCB as to whether the information was true.

“Luckily, the NCB official I was trying to verify the information from replied to me on WhatsApp,” he said. “I sent him the exact thing the media house had written in its story and asked the source if it is true. He replied in one word: false.”

Our other attempts to ask reporters what had happened had contradictory results. The India Today reporter who co-wrote this story disconnected the call when questioned about the “NCB sources” cited in their report and then switched off his phone.

Another journalist from a prominent Mumbai daily said his story on Ananya “joking” had been confirmed by an NCB source.

A third journalist, whose organisation had reported on Ananya “joking”, said he “stands by what is written in the report and it is 100 percent authentic”.

Another reporter also said that officials often give different responses to different reporters. “These selective leaks often happen from the agency’s side,” they said. “So, the reporters who have run the story might have got confirmation from a source inside.”

So, where does the truth lie? Only Ananya Panday and the various sources at NCB know. One thing that is a joke though is reporting based on “sources” in the NCB-Aryan drug-bust beat. From whether Aryan broke down in jail to how his mother has stopped making sweets at Mannat – “sources” are basically an excuse for rumours to run wild. 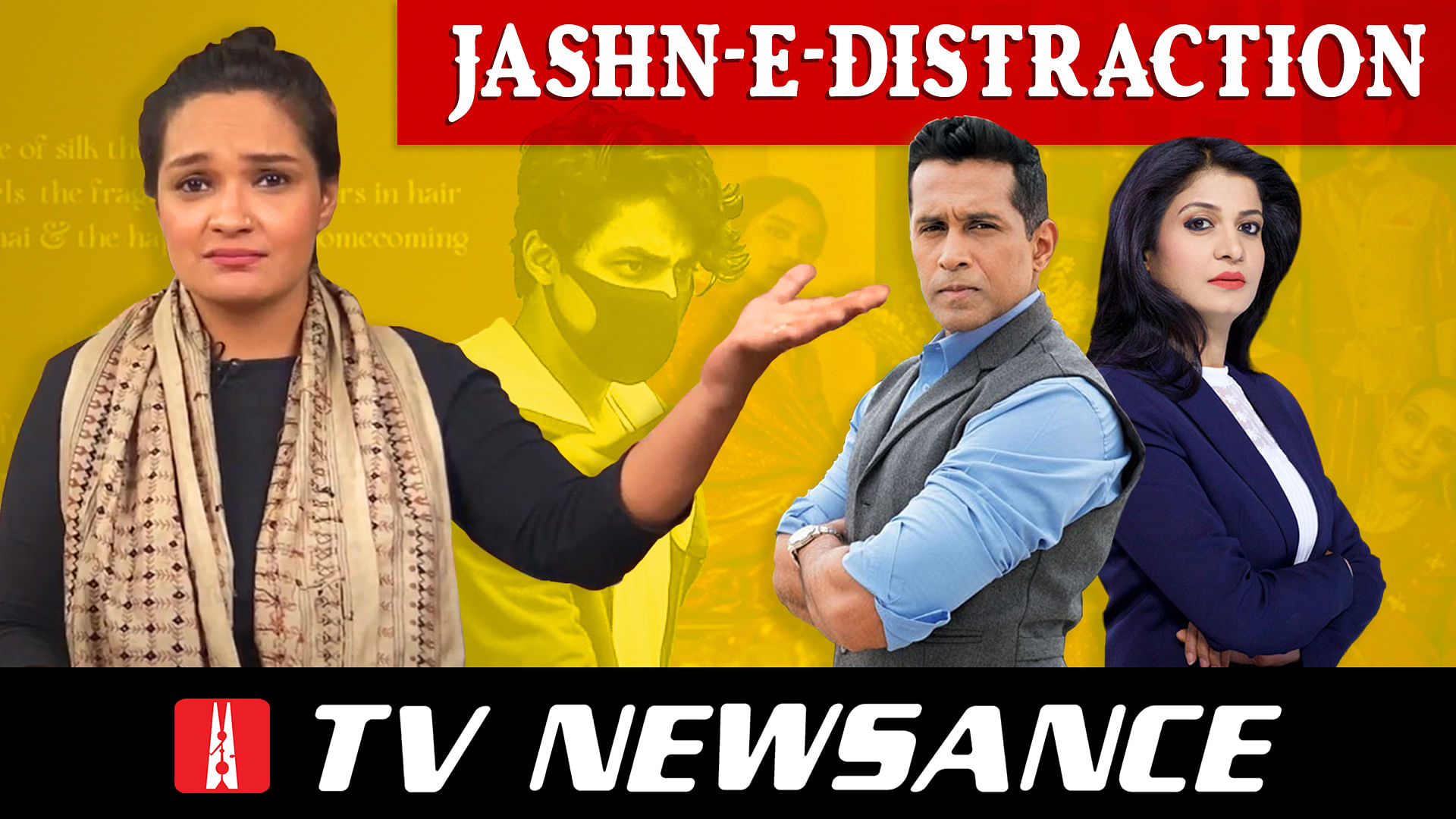