Two strong rivals in the same price segment, but which one has the edge?

When Xiaomi and Realme announced similar looking laptops around the same time, I was very intrigued. Both seemed to employ an Apple-esque design language and offered somewhat comparable specs, at least in the Rs 50,000-60,000 segment. While I did a detailed review of the Mi Notebook Ultra recently, I hadn’t until now got my hands on the Realme laptop to review and compare.

This has now been fixed, and I have been using this Realme Book Slim as my daily driver for a week now, and this is a very interesting machine indeed! It’s impossible to review the Realme Book without comparing it to its Xiaomi rival, so this review is inevitably as much about the pros and cons of the Realme as it is about how it compares to the Xiaomi.

It’s worth noting that both these models are regularly on sale for well below these list prices. I’ve seen the Core i3 model come in for as low as Rs 40,999, for instance.

The Apple-inspired design is rock-solid with an aluminium chassis that is rigid and feels premium to hold and use, and finished in grey (although unlike the Xiaomi, the lid doesn’t open with one hand). There is also a blue colour option available. Again, let me reiterate my view that the lack of an original design is a pointless quibble, especially at this price range.

The screen is a tall 3:2 2160*1440 display with 400 nits peak brightness and 100 percent sRGB coverage. This is where we come to the first difference with Xiaomi. Realme has opted for a glossy display while the Xiaomi has a matte display. And despite the 100 nits advantage the Realme holds, in subjective terms, the screens appear equally bright.

Screen is crisp and vivid.

The sharp, glossy screen on the Realme looks a touch more crisp and vivid for watching videos, while the matte screen on the Xiaomi is better for working when you have a backlight, because the Realme’s screen is quite reflective. Out in bright sunshine, the Realme’s screen is usable but just about, which is still a good step up from other laptops in this price range. I personally prefer matte screens, but that’s because I don’t do much video watching on my laptop.

At the end of the day, this will come down to personal preference, and you’ll be well served by both these displays. Out of the box colour calibration is a bit off on the display, but I could get a good colour profile simply by calibrating it by eyeball. I wouldn’t use this for colour-critical work without a proper calibration though. That apart, it’s a terrific display for most users and well ahead of its class in this price range.

The backlit keyboard has decent travel and is very fast to type on, although the key feedback is a bit more substantial on the Xiaomi laptop. While both are great keyboards to type on, I would pick the Xiaomi in a pinch. The vast trackpad works precisely but has the occasional palm-rejection issue, but I assume that’s something that users will quickly adjust to working around. They also helpfully provide a trackpad toggle key, so you can turn it off completely when using an external mouse.

The port selection is decent, with a single USB-A port, two USB-C (1 thunderbolt, which is missing in the i3 version) and a headphone jack. Here again, the Xiaomi offers a small edge, by offering two USB-A ports and an HDMI port.

Now we come to the area which is the Xiaomi’s achilles heel: the speakers. And here, the Realme runs away with it. The speakers are good. They are loud, they offer some bass, and discernible stereo separation. In a quiet room, they would be sufficient for you to enjoy Netflix or YouTube without reaching for headphones or bluetooth speakers. While it cannot stand up to present-day Macs, it did fare well against my 2013 Macbook Air (you’ll be surprised how many 2021 Windows laptops fall short of this), delivering louder and bassier sound, even if slightly less detailed.

The Core i5-1135G7 in this laptop is a stalwart in the mid-range now and performs exactly as expected. Everything is smooth and fast. Multiple browser tabs and Lightroom and Photoshop do not faze the machine, and anything short of demanding games or 4K video editing should run perfectly smoothly.

The machine boots in a quick 11 seconds and full restart comes in under 30 seconds. The Intel Xe GPU means that Photoshop and Lightroom run smoothly, especially the GPU-intensive tasks like sky replacement and AI masking. This is definitely no gaming laptop, although casual gaming should be perfectly serviceable, with the Thunderbolt 4 port giving you the option of plugging in an external GPU if you want to do some serious gaming.

Keyboard is fast and precise.

Thermal management is excellent, with the dual fans and copper heatsink ensuring that the machine doesn’t get uncomfortably warm even under heavy workloads.

The claimed battery life is 11 hours. But in actual use, it’s more like 5-6 hours, which is par for the course. The supplied 65 watt charger charges the battery quickly. As an aside, the charger is much more Apple-esque than Xiaomi’s, with the white-coloured adapter built into the plug rather than a separate brick.

The 720p webcam is serviceable (slightly better than my Logitech C270) and the mic works very well, cutting out ambient noise effectively.

Trackpad is spacious, but has some palm rejection issues.

Should I buy it? Or should I get the Xiaomi?

Before I get down to this, let me get a couple of aspects out of the way.

The Mi Notebook Ultra that I reviewed was the top of the line Rs 76,999 model with an i7 and 16 GB RAM, whereas the Realme Book has a more modest i5 and 8 GB of RAM (the processor classes are also different, but that’s less important). Realme is the only one among the two that offers an i3 variant that comes in well under Rs 50,000, and Xiaomi is the only one that offers an i7 variant starting at over Rs 70,000.

So, if you need either of these processors and your budget is commensurate, the choice is simple. It’s in the middle of the pack, the i5 models, where things get tight.

Both are great machines, delivering far better build quality and screens than is common at this price range, and other specs that are very much competitive for the class. This kind of build quality and screen for under Rs 50,000 means the i3 version of the Realme is a no-brainer. If your usage is basic, the small compromises they’ve made to bring down the price (slightly slower RAM and storage, no Wifi 6, no Thunderbolt 4) are totally worthwhile trade-offs, considering what you get for the money.

When it comes to the i5 versions, the Xiaomi edges ahead in a few areas but loses out substantially in one. Xiaomi offers more ports, a slightly better keyboard, and a matte screen (if you prefer that) not to mention a 16 GB RAM option at Rs 59,999, which is the list price of this Realme model with 8 GB of RAM. If you want to max out the performance and future-proof the machine, the Xiaomi is the one to get.

But Xiaomi really stumbles with the sound. You can’t realistically do any video watching on it, without earphones or bluetooth speakers, and Realme offers good speakers that fit the bill for this.

End of the day, it comes down to what you need. If you want more RAM, or an HDMI port, or a matte screen, the Xiaomi is the way to go. If you are likely to do a fair bit of content consumption, the glossy screen and good sound of the Realme make it a more complete package for an average user.

This Realme Book laptop was purchased at retail price for the purpose of this independent review. 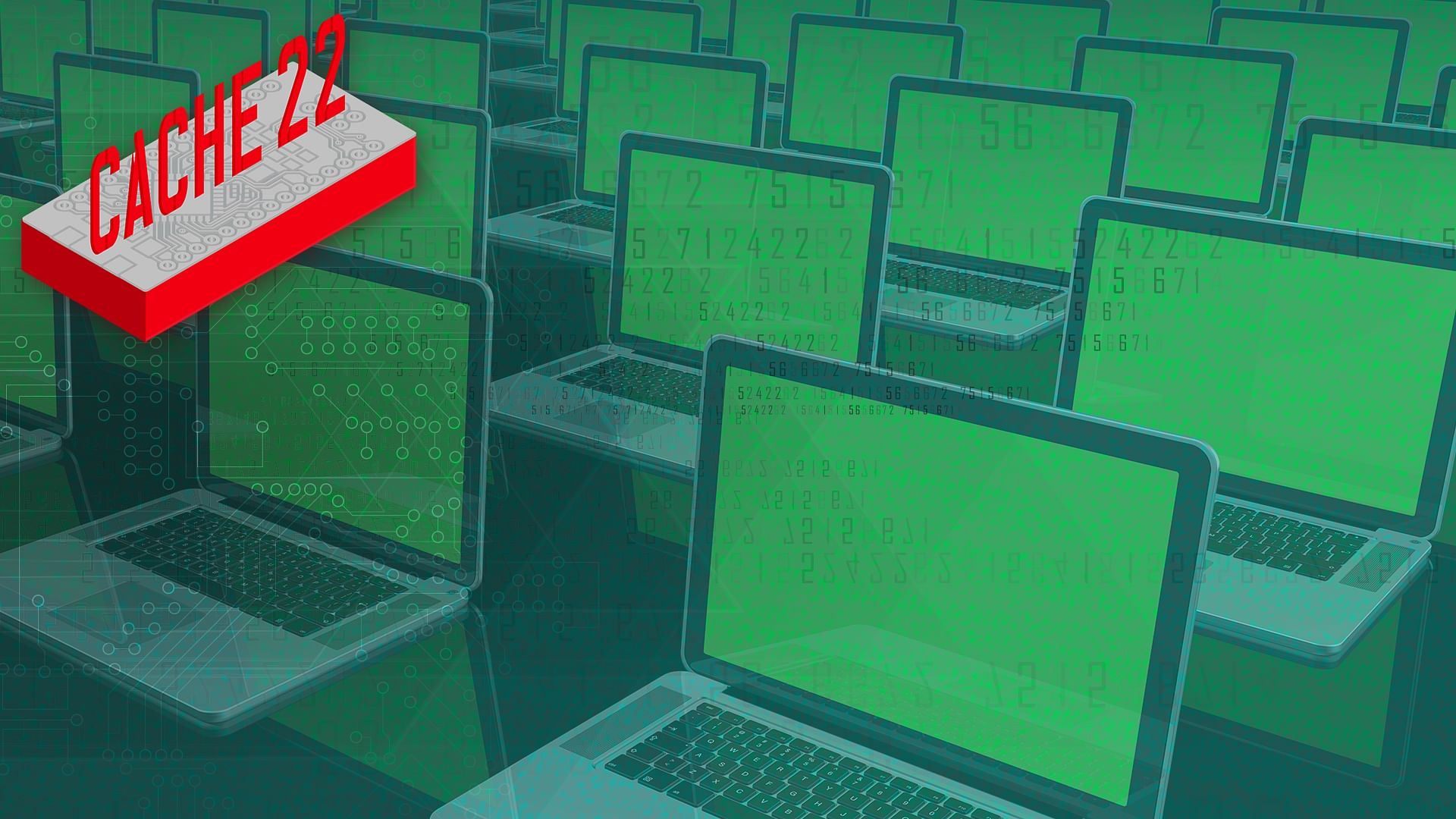 Looking to buy a laptop? We got you covered