Contrary to what a recent opinion piece would have you believe.

On November 10, Vinay Sahasrabuddhe, the president of the Indian Council for Cultural Relations and a BJP MP in the Rajya Sabha, wrote a 900-word opinion piece in the New Indian Express titled “India has started to assert its soft power”.

This piece is my rebuttal of Mr Sahasrabuddhe’s arguments.

India, I submit, has always enjoyed a degree of soft power and has in the past benefited from it. And far from growing, I shall present evidence to argue that India’s soft power has been on the decline since 2014.

Mr Sahasrabuddhe’s case rests, at least insofar as his essay forms a basis upon which to judge the matter, upon three propositions.

First, he suggests that the widespread tradition of world leaders to greet Hindus on Diwali is a recent recognition of the core message of Diwali as a celebration of light over darkness, of right and good over wrong and evil. He presents this as evidence of India’s soft power.

Second, the alleged reticence of Indian intellectuals in the past (ie before 2014) to celebrate India’s ancient cultural glories and instead present the problems of the present.

And third, the readiness, and self-certified success, of the present regime under the prime ministership of Narendra Modi to promote India’s ancient cultural and philosophical values and the teachings of our scriptures as a beacon of hope and enlightenment to the rest of the world.

All three premises are, at best, flawed and overstated and, at worst, false and self-serving.

Let me deal with each in turn.

The Diwali message is truly universal and widely acknowledged and accepted around the world, not because of India’s “soft power” but because the message itself resonates with the core message of other religions too. Any perception that world leaders have recently started to issue Diwali greetings is a result of the ubiquity of Whatsapp and Facebook. Diwali celebrations have been held at 10 Downing Street since 2009, when Gordon Brown was prime minister, and in the White House since 2003, when George W Bush was president.

But Mr Sahasrabuddhe writes that the “global influence of Indian festivals like Diwali, Holi, Ganesh Chaturthi and Puja are now fast spreading across the globe”, suggesting – if his thesis is to hold water – that (a) this was not happening earlier, and (b) that this is due to a newly assertive India. The trend towards public celebrations of Indian festivals, like Diwali, coincides with globalisation and the growth of the Indian diaspora.

But we must be careful to distinguish the underlying reasons. If Macy’s in New York and Oxford Street in London are lit up for Diwali, it would be altogether naïve to conclude that the real motivation does not arise from considerations of extra sales and enhanced profits. Heads of foreign governments have always issued Diwali greetings, just as they wish their citizens on Christmas and Eid. It’s the power of democracy and the need to reach out to minorities that drives such recognition of Indian festivals.

Mr Sahasrabuddhe also makes much of Modi’s preference to speak Hindi when he addresses world audiences. Modi speaks well and far more eloquently in HIndi than any other language and so, makes a wise choice to stick to Hindi. But to use Modi’s choice of Hindi to castigate a facility to communicate well in English as a colonial hangover is as shallow an argument as it is a silly schoolboy debating point. When the external affairs minister, S Jaishankar, uses English in his dealings with his counterparts in G20, is he being a “stranger in his own land”?

Yes, Modi gifted a copy of the Bhagavad Gita to leaders he has visited. Dr Manmohan Singh gave Barack Obama a copy of Stories from the Panchatantra and A History of Ancient and Early Medieval India. Does either really do much to enhance India’s soft power? Gifts between world leaders are often decided on personal taste and idiosyncrasy. It is hardly an opportunity and certainly not the means with which to project a country’s soft power. You want to give something novel, something original, and something unique that the recipient would not have been able to source on his own.

Every courtroom and library in Britain has a copy of the Bhagavad Gita and there can hardly be any moderately educated person in the West who does not know that the Bhagavad Gita (along with the Vedas) is one of the world’s greatest philosophical treatises. It is a different matter that most people, even in India, may never have read it or remain ignorant of its contents. No fewer than 90 American colleges and universities, coming together under the American Institute of Indian Studies set up in 1961, offer courses in “Indian studies” – languages, culture, history, sociology, music and art. And yet when US cholars publish their work, they attract unwanted, quarrelsome, and often intimidatory attention from militant and intolerant Hindutva groups.

Soft power is best understood as the “ability to shape the long term attitudes and preferences” of people, organisations, and institutions in other countries. It is about winning hearts and minds much as hard power is about deterring or winning wars. It is a diffused idea neither easily grasped nor simple to measure, manipulate or control. A country’s soft power depends not on one leader’s mundane choice of language or gift but on a complex set of influences that draw on culture, art, music, food, fashion, and most importantly, values. It is the power of our values that persuades others to respect us, the projection of our power merely instigates others to project theirs.

It is patent nonsense to suggest that India has not enjoyed a considerable degree of soft power in the past. Witness, for example, this archive footage that shows the warmth and courtesy extended to prime minister Jawaharlal Nehru when he visited the United States in November 1961. India had not long been independent, and the world had not quite recovered from the ravages of a world war. India was an example to the world of the power of ideas and ideals in pursuit of peace, cooperation, emancipation and development.

In 2008, George W Bush expended a great deal of political capital back home to overcome domestic US political resistance and international disquiet to push through the Nuclear 123 deal with prime minister Manmohan Singh. That was an instance of Indian soft power deftly deployed by a leader who spoke softly because he saw no need to shout.

In contrast, today, another world power is advancing its territorial designs on a neighbour that it sees as a divided nation led by a “puffed up bluffer”. India’s soft power has sadly, and contrary to what Mr Saharsabuddhe would have us believe, waned since 2014.

In 2015, a strident, growing and quite ill-liberal majoritarianism – that denies minorities and Muslims an equal public space – led to visiting US president Obama diplomatically and not so subtly reminding India of the vital need in a democracy for religious tolerance and understanding. In April this year, the US Commission for International Religious Freedom described India as a “country of particular concern”. A focus on self-promotion rather than performance has tarnished the reputation and standing of India’s democracy, with Sweden’s V-Dem Institute downgrading India to an “electoral autocracy”. In 2021 newly elected US vice president Kamala Harris made a pointed reference in a brief meeting with India’s prime minister to the need for democracies to promote basic freedoms and liberties. Freedom House, an internationally respected think tank, has chronicled India’s decline towards repression of human and civil rights, especially for minorities, and the erosion of free speech rights

These are not examples of the growth of India’s soft power. They are emblematic of a decline in India’s standing as a nation based on the principles of freedom, equality, individual dignity, and tolerance – principles enshrined in our very own constitution. Merely repeating the phrase Vasudaiva Kutumbakam (“the whole world is one family”) will not cut it. We need to live the values we claim to espouse. 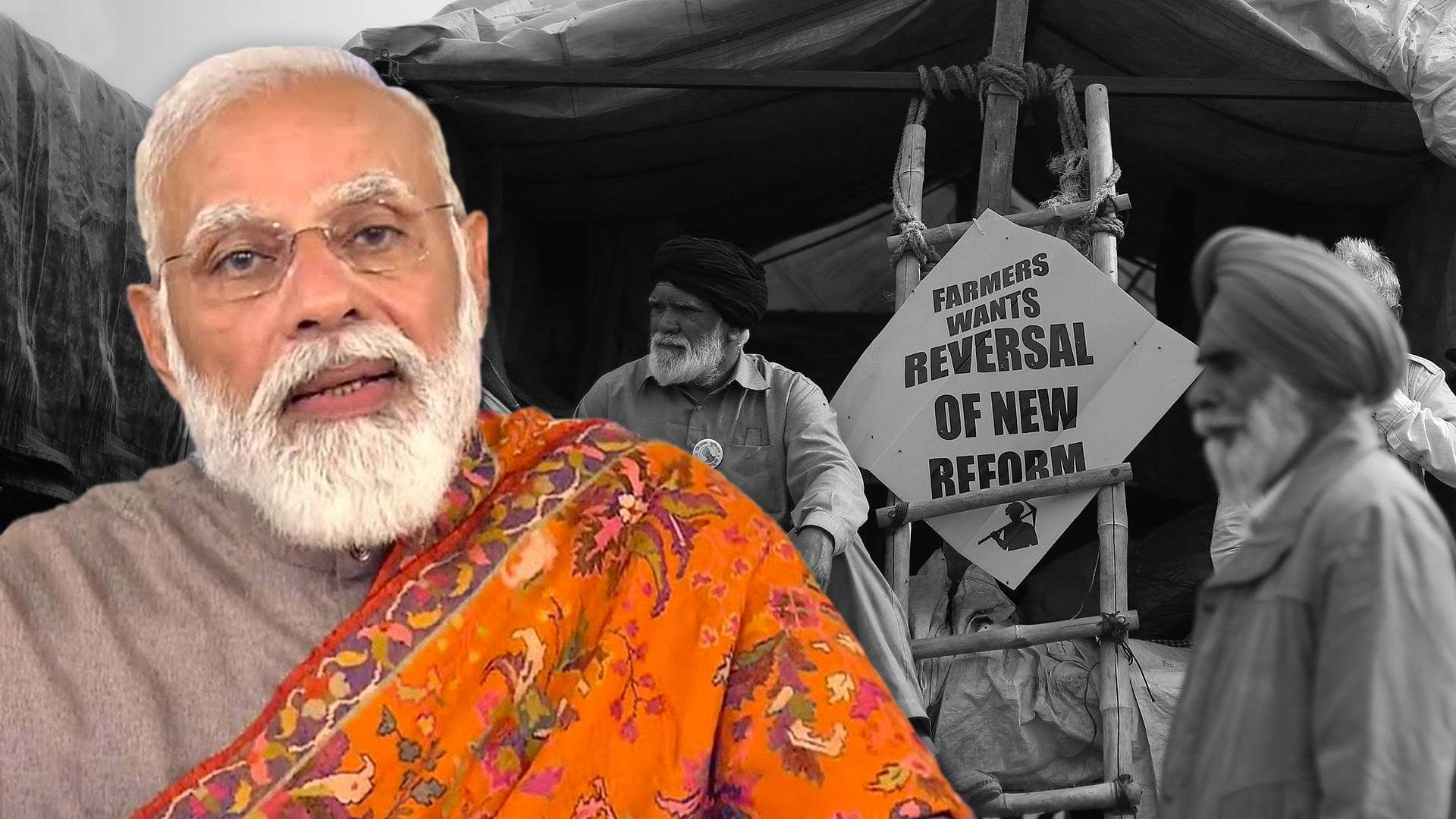 Farm laws fiasco: Two years of lost opportunity and lessons in how not to make policy 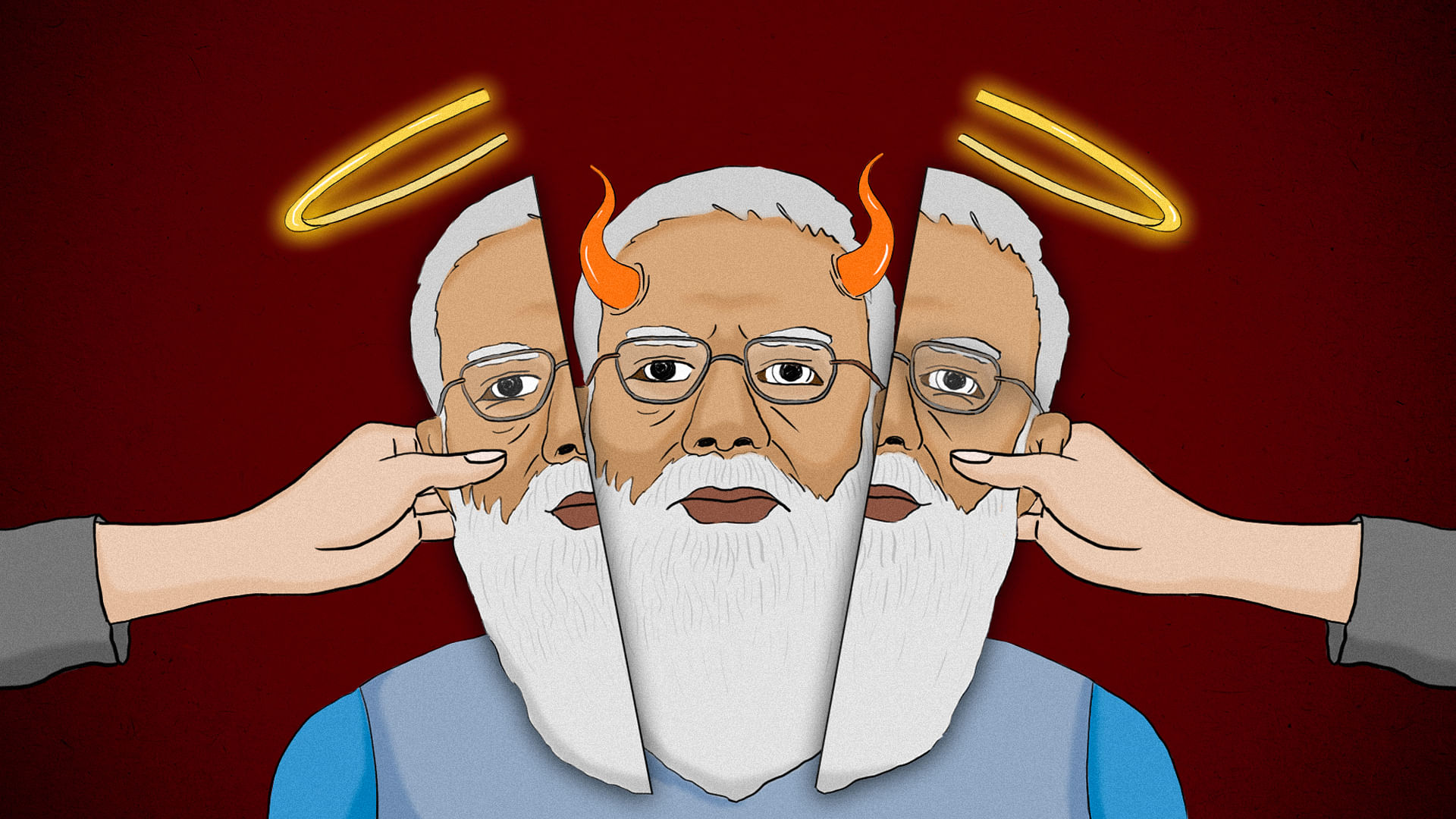